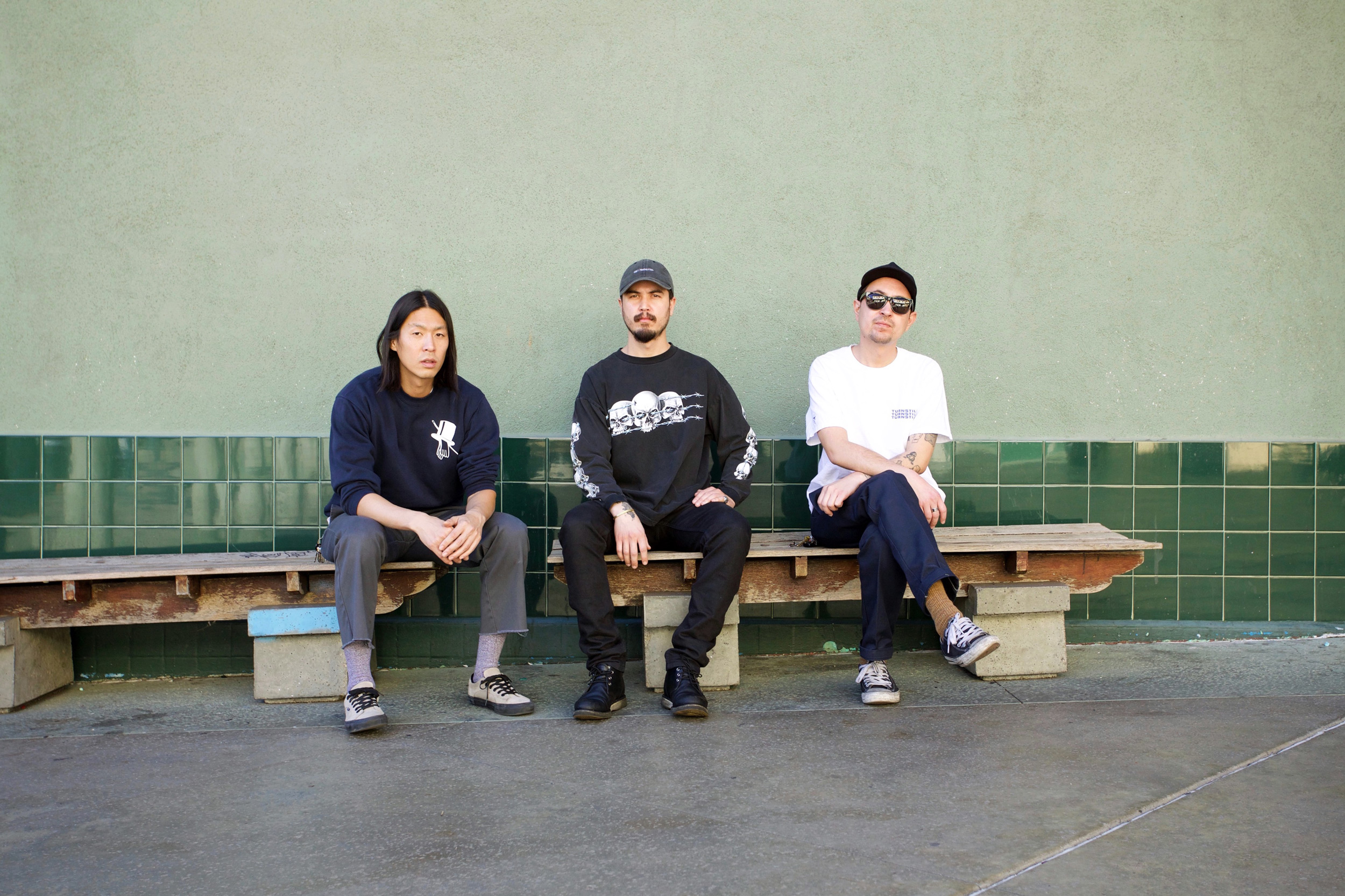 Slow Culture, We Thank You

In Los Angeles, shows and exhibitions happen all over the city, every night of the week, but something always brings us back to a little space on Hill Street called Slow Culture.

Located in the heart of LA’s Chinatown, Slow Culture is an art gallery that’s primary focus is to help support their community of artists, friends, and creatives across a range of varying disciplines. It’s the perfect scene for avid art-goers, scenesters, and those interested, but maybe even a little bit intimidated by the informal cool kids club. This non-representational gallery has been on our radar for sometime now, curating shows around themes and trends synonymous with Amadeus’ taste and ethos; in other words, we’re going to do what we want, when we want, with whomever we want.

In 2013, Highland Park’s THIS Gallery closed and handed off their keys to new owners—brothers Fred and Max Guerrero, and their friend Steve Lee. They hoped to honor the space but also repurpose its walls, making it a space that could be uniquely their own; thus, Slow Culture took its place. After two years, the gallery moved to Chinatown in an effort to expand their audience and provide their community a new space to foster creative growth and slow moving culture. With an established community of art galleries nearby and the neighborhood’s proximity to Downtown, Chinatown felt like the right move. “Growing up here, I always loved Chinatown,” says Fred. “I remember coming to Hop Louie’s like 10 years ago. We were opening up our restaurant Burgerlords across the street and realized how much time we were spending over here. In Highland Park, we sort of fell into that space. You know, it’s not a gallery destination. But here we have Chung King Road; a history of galleries. It just really seemed like the right move for us.”

The do-it-yourself space has become somewhat of a local hotspot while maintaining its attitude and unique programming. At each opening, you can usually find art school kids, seasoned artists, writers, skaters, punks, surf kids, fancy art goers, and kids who don’t have a clue why they’re there besides the fact that it’s quote unquote, cool. “Our audience… they’re kids who want to open galleries, kids in art school who look up to us. They’re people we feel like we know.  We were our core following; we were those kids back then,” says Max.

Modeled after galleries like Guerrero Gallery in San Francisco and New Image Art Gallery in Los Angeles, Slow Culture’s curation is spontaneously systematic, catering to a very specific counter-culture made up of Steve, Max, and Fred’s closest friends. All three members of the team contribute something different to each show, but see their gallery’s direction as a group effort. “We don’t have set roles here,” says Fred. “We kind of manage everything together. We try to involve each other in all decisions equally.” But beyond Slow Culture’s social network and loyal following, they’ve managed to create a space that for now serves as a public incubator for creatives to both meet and share.

To some, Slow Culture is the unofficial hub for LA’s top tier creatives. At each opening, you’re likely to make eyes with some of your favorite cool kids. The gallery’s frequent artists include friends like Aaron Jupin, well-known talents like Travis Millard and Jay Howell, pros like Barry Mcgee and Ed Templeton, and even lesser known artists fresh on the scene. With the help of their core following and association with brands like Obey Clothing and Vans, Slow Culture’s developed a space where artists and friends of creatives can meet across all mediums. “It’s about building a community for us,” says Steve. “That’s all it is.”

When asked what goes into each show, Max says, “First and foremost, we have to like it. We aren’t thinking to ourselves, ‘This is going to sell, this is going to make us money.’ Everything we show we have to be into.” Over the years, Slow Culture has managed to keep each show new, different, and unintentional – words we don’t often equate with galleries open for more than a few months. Running any business is difficult to do, but relying on sales to keep up with the rent is a high price to pay. “It’s definitely tough running a gallery. It’s a sink or swim type of business,” says Fred. As much as we love it, at the end of the day, we know the success of the space is all on us.”

Slow Culture’s non-traditional approach to gallery management has offered them the freedom to make up their own rules. Although Slow Culture considers itself a non-representational gallery, owners Max, Fred, and Steve try to maintain close relationships with all their artists in and out of the gallery. “We don’t represent anyone because we always want the option to have new people. We have people who we have close relationships with. People like Jay Howell for example; we’ve had four shows with him total. He’s a really good friend of ours now and we’d kill him if he went anywhere else,” says Fred. “We want our friends to keep progressing. We aren’t holding anyone back, but we’d like to keep those relationships close to us.”

What separates Slow Culture from its contemporaries is its previously mentioned cool factor. But a question that comes to mind is – what makes something cool and who decides? At first look, it’s a combination of social perception, public consensus, and its potential autonomy. Coolness, as an objective, requires a bit of risk and acknowledgement of its temporary function. At second look, we turn to literature, which tells us coolness is subjective per popular opinion; what is cool changes over time and tends to evolve based on how communities shift and readopt new ideas. In part, it’s a subjective point of view but tends to diverge from the norm; thus, encouraging a shift in culture. But at its core, coolness requires this subtle tension of doing something that shows you go your own way while accepting its specificity and potential exclusivity. It’s this notion of cool that’s progressed Slow Culture’s unique character and undeniable confidence.

With the first few months of 2017 already scheduled, Slow Culture feels optimistic about its future. “We take things step by step and like to try new things. Hopefully we keep growing like that,” says Steve. “Like Fred always says, we’re choosing our own adventure.”

Just before this issue went to print, Slow Culture issued a statement on Instagram announcing their final show, “Everything Must Go.” With rumors surfacing and questions being raised, we contacted Slow Culture for a comment on the gallery’s undetermined future. “I know it’s a bit of surprise to everyone that we decided to shut our doors,” says Fred. “We didn’t want to make a big deal out of it, so we waited as long as possible to announce it. We knew we were going to close prior to this interview, so it was a little tricky navigating this. Deciding to close was definitely a difficult decision, but it was a unanimous one. We’ve always put our artists and community first, but we feel like it’s time now to step back and take some time for ourselves to pursue new ventures. We’re forever grateful for everyone that’s supported us.”

We’re unsure what the future holds for Max, Steve, and Fred, but for now, we recognize a space that’s been able to successfully nurture creative growth and provide a lasting impact to its community. Slow Culture, we thank you.