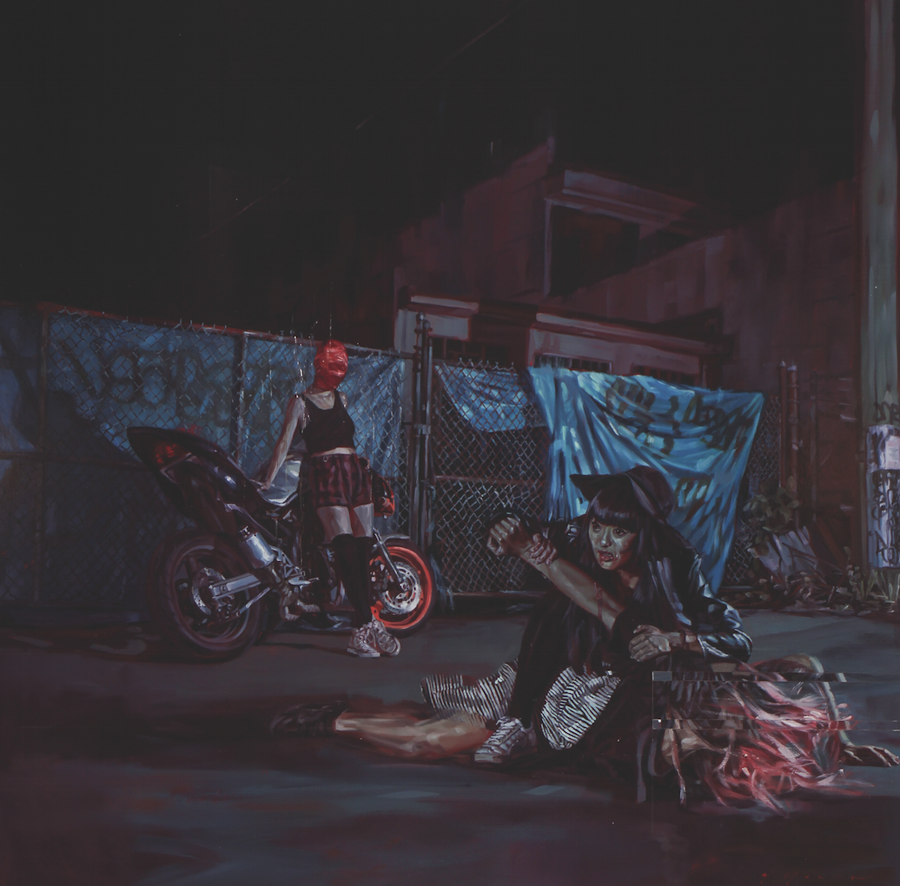 Drew Young has always wanted to break an image as soon as he was capable enough to produce it. For the Toronto-based artist and curator representational painting is a tool and not just his sole creative interest. The painting is but a piece of Drew’s much more immense process, which includes staging a photo shoot of a particular scene he’s come up with, photographing the scene, stitching images together in Photoshop, working out a reference drawing, painting section by section, and occasionally using an Xacto knife to cut and re-position small strips of the work until he’s got the right amount of noise or abstraction.

It’s through this meticulous process that Drew creates a foundation in realism for each piece, yet inevitably deconstructs elements that stand as a lesson in aesthetic manipulation. There’s a lot of premeditation leading up to a shoot. Drew will end up walking around or riding the bus fantasizing about a story, and thinking about all the directions it can go, weeks before photos are taken. Slowly he’ll start visualizing all the pieces that need to fall into place; how the narrative looks, what kind of character roles need to be filled, location aesthetic, quality of light and abstraction approaches. An idea gets its legs and takes shape rather quickly, and no matter how well-prepared Drew goes into a photoshoot, he has to be prepared to embrace whatever creative surprises arise during. These nuances usually end up being what Drew likes most about a final image.

It’s with the thick malleability of oils that artist Drew Young paints the vulnerabilities of introspection, visually articulating our privy apprehensions. Like our mental musings, skewed by insecurities, judgements and fears, Young reimagines in shadowy perspectives, creating a dream-like construction of our innermost realities.

For upcoming issue 08 (out May 7th), we talk with Drew about his most recent series Flagrance, living and working in Vancouver, and the method to the surreal madness in his paintings.

Don’t miss our feature on Drew Young in issue 08 which will be available via our online shop, and at our release party at These Days on May 7th.

For more from Drew Young head to http://dyoung.ca/. 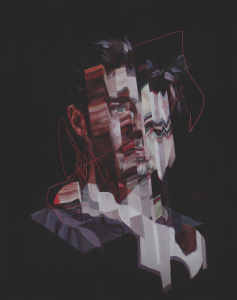 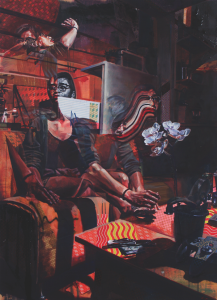 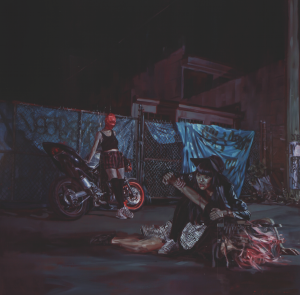