You know the saying, “if you do what you love you’ll never work a day in your life?” Well, Jackson Tupper may have followed that as perfectly as one can. He finds himself juggling his time from being a graphic designer at Burton Snowboards, his personal artwork and helping run a nonprofit printmaking studio, Iskra. From growing up as a Maine snowboard rat who had an itch for pushing creative boundaries, to living out his dream, Tupper is right where he wants to be and doesn’t plan on changing anything anytime soon.

Tupper has his hands full, to the point where it would be too much for most, but this is where he thrives. Between the stress and craziness, planned and unplanned, this is where Tupper finds that artistic magic. “Staying busy is my best motivator. Always having projects keeps me inspired, creating, and developing new ideas. I think all the ideas are there, it just takes motivation to get them out of the head. Times where there are no projects or not a lot going on, it is easy to be lazy. I like when I am stressed for time because that is when things start pouring out of my head.” 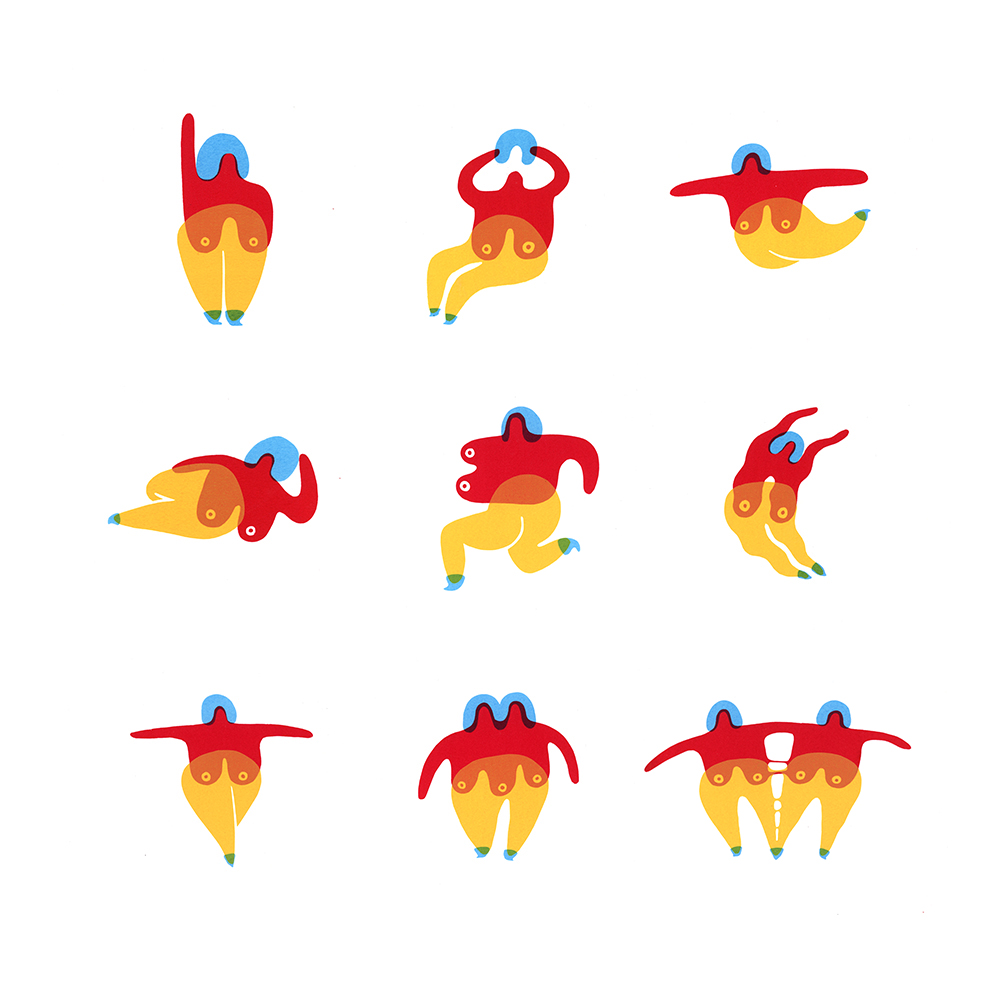 When you first look at Tupper’s work, you’d think he made it in a matter of minutes with a single stroke. Long, drawn outlines forming blobby figures, sometimes with a skateboard or playing the guitar. But really, in his simplicity is a lot of complexity. “I am kind of OCD, a lot of what I do is really calculated and not just super flowy and off the cusp. I think a lot of the things that seem so simple, there is often a lot of thought behind them. This style of all these blobby characters and kind of loose shapes was born from me being OCD about how my style and illustration was in the past and realizing that I need to loosen up.”

Tupper burns all candles at both ends, and let’s not forget that when winter comes, snowboarding is added to the mix. Tupper likes to be busy, it keeps him sharp, ideas fresh, and in a constant flow. But when these ideas start to burst, he may not be in front of a canvas or screen. That’s why he is a firm believer in always having a sketchbook on his person. “It is more of a medium for me to get something out of my head and put it on paper quick, and then take something from that and make it a more finalized piece. It is kind of just for me to dump out ideas and keep going.” 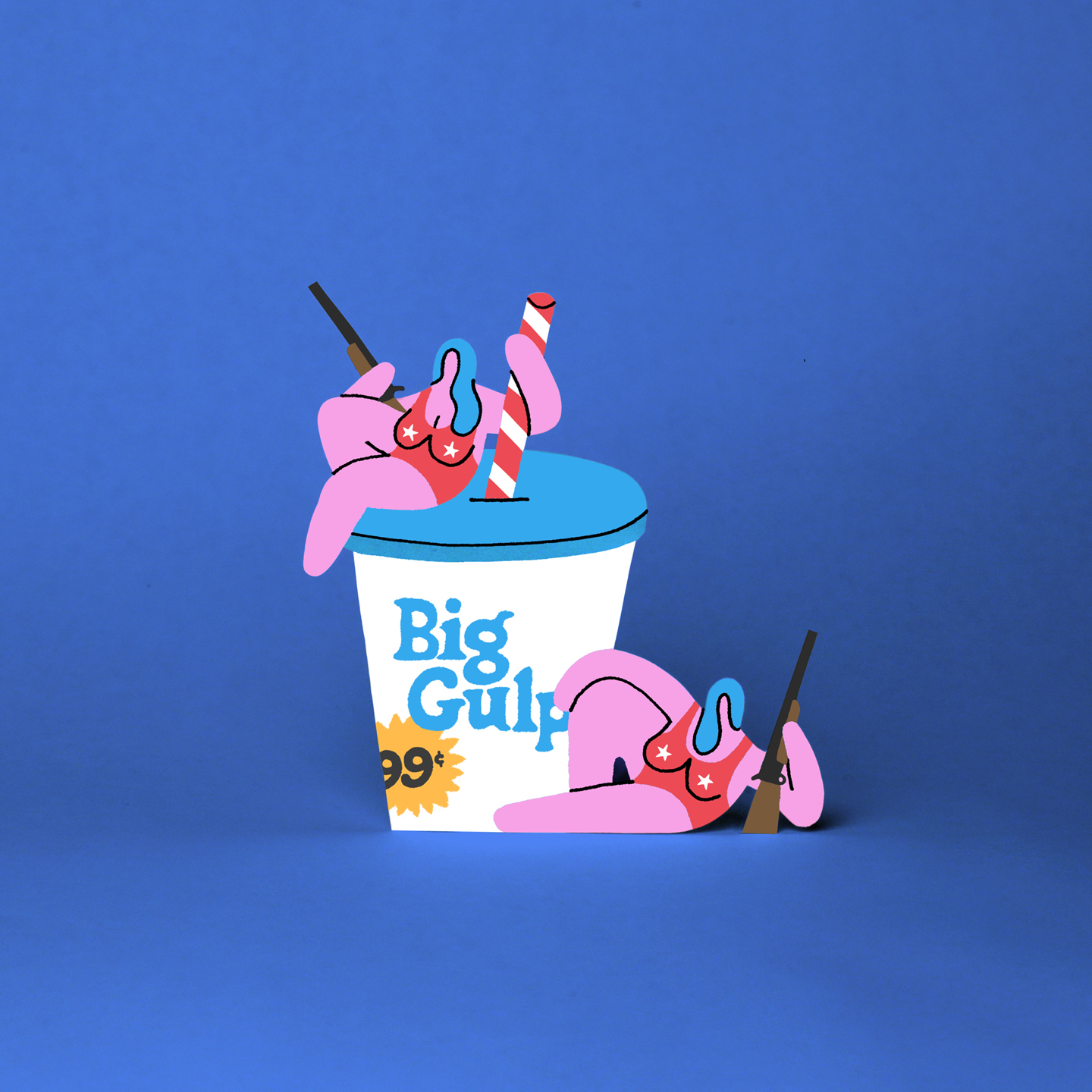 Tupper rips through sketchbooks like a bad habit. Saving all of them, never knowing when one might stick. “Often times I land on something as I am sketching and will be like, ‘Okay that’s the one,’ and then I will come back to it. It kind of depends on the project I am working on. If I am doing a large-scale painting, being able to get a couple sketches down and then be like, ‘Okay yeah that’s it’. And I’ll definitely save that until I am ready to get that on a larger scale.”

Tupper understands the importance of having a good art community, he appreciates what art has done for him and wants to give back and help spread that magic to others. So when he’s not doing the million other things he has his hands in, he spends his time at Iskra Print Collective, a nonprofit screen printing studio in Burlington, Vermont. Iskra came about when Tupper and ten of his friends jumped at the opportunity to take the reigns of the already well-established print studio. “We just saw this opportunity to keep this awesome studio alive and went for it. We teach classes, workshops, organize shows, people can get memberships, and we do a lot of posters for local music and a few other projects that run through randomly.” 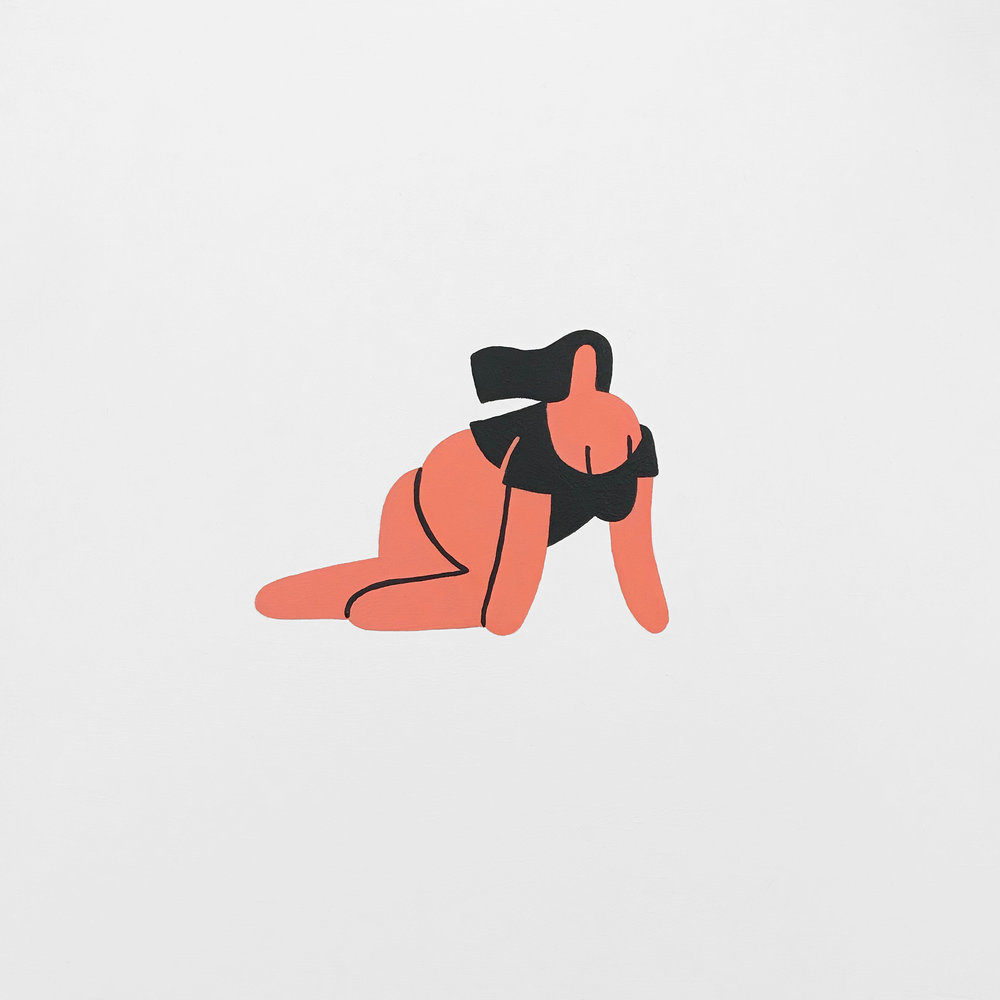 You would think it might be easier to just choose one project and focus on that. Maybe stick with his solo work and leave Burton behind, or focus on Burton and have his solo work be more of a hobby. But Tupper doesn’t want that. When you get the best of both worlds, why would you just leave one behind? Tupper likes where he is at, no outside distractions really. “Honestly for the time being I kind of feel like I have the best situation. I don’t have a lot of responsibility outside my day job, like besides art I don’t have kids or anything. But I have learned they both fuel each other. Mostly because I am just constantly immersed in art and design and that is always inspiring new ideas and motivating me to be a better artist.”

The journey from being a snowboarder growing up and dreaming about the Vermont mountains, to actually being a graphic designer for one of the leading snowboard brands, may be the best case scenario for an artist driven by their love for the mountains, besides turning pro of course. The ironic thing about the snowboard industry is that winter is the busiest time for the design team. So this winter, Tupper will be torn between the age-old dilemma every mountain dweller faces, to work or to ride. There will undoubtedly be a lot of both being done this season for Tupper. So keep your eye out.