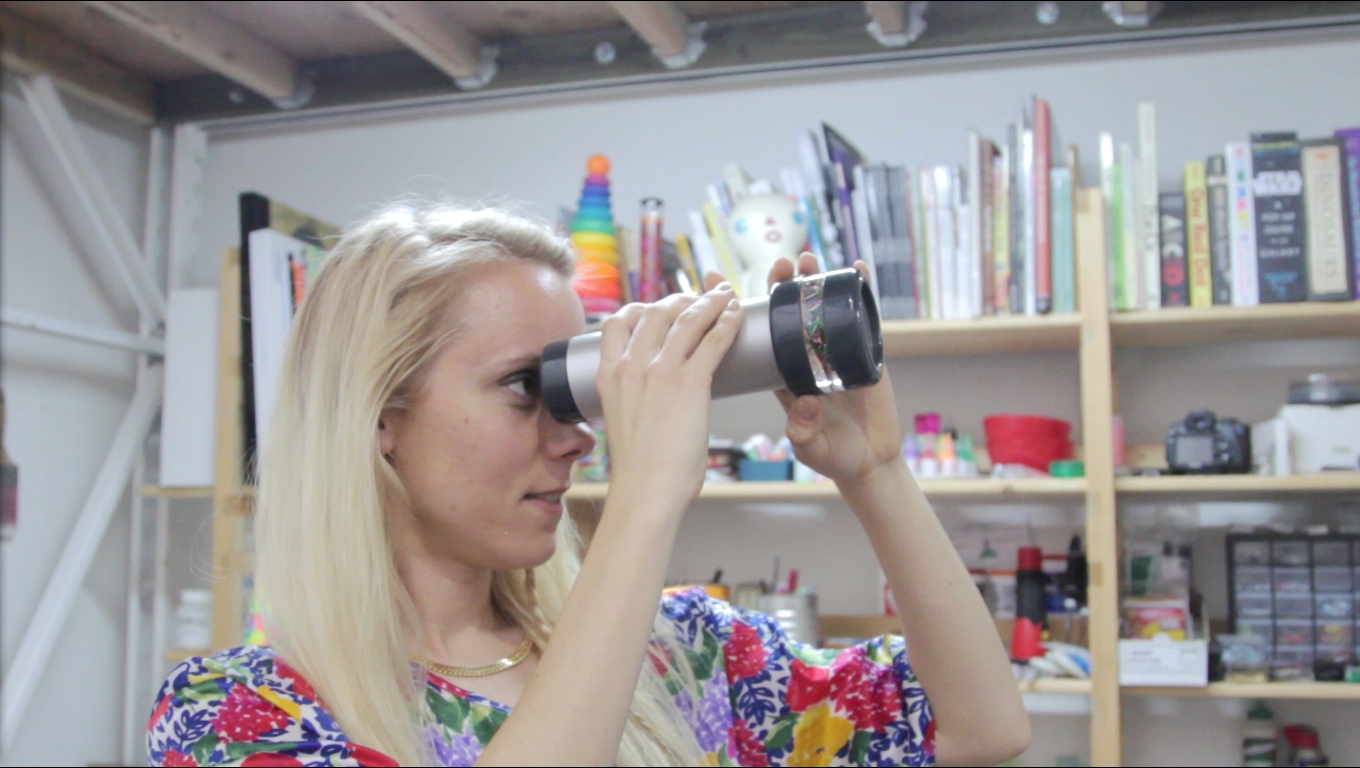 Tropical influences seeped into Miami born-and-raised artist Jen Stark’s consciousness from a young age. From the city’s Art Deco buildings to the turquoise waters of its beaches, warmth and color was everywhere. “I grew up around everyone kissing each other to say hello and being so friendly, it wasn’t until I went to art school in Baltimore that I realized not every place is like that,” she laughs.

Jen Stark now works out of her studio in Los Angeles’s Chinatown, sharing the building with other artists as well as a garment factory that is still running today. When we went over to her studio to film our video interview you could hear the noises from the factory as well as horns blaring from the trains crossing every hour. It all adds to the color of the place, of which there is plenty, to be sure, but also a lot of order and tidiness. It all perfectly coincides with the art she creates, magnificent paper sculptures that morph into rainbow vortices as precise as math, as well as 2-D paintings of mesmerizingly trippy drips, most notably seen at last year’s MTV Music Awards hosted by Miley Cyrus, where her work was also animated.

We spent the day in her studio talking about Miley, psychedelia, plants and the places that have influenced her. We see the art she’s been working on and even take a little bike ride complete with fresh young coconuts afterwards. Stay tuned for our exclusive video interview and studio tour with the vibrant Jen Stark. 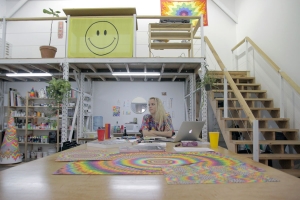 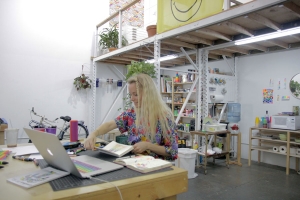 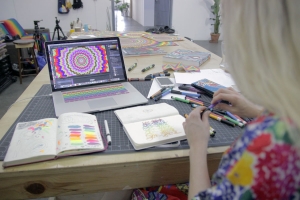 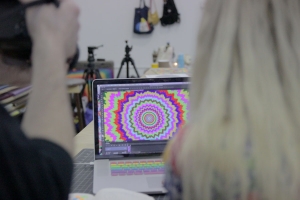 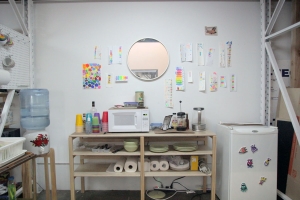 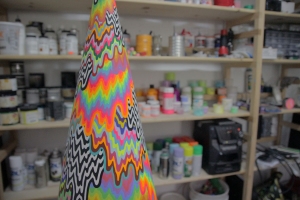 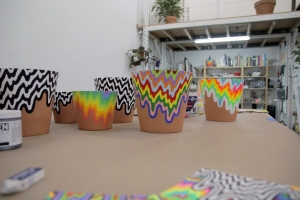 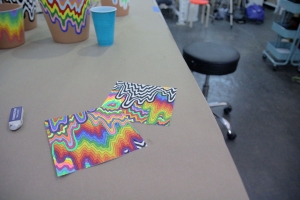 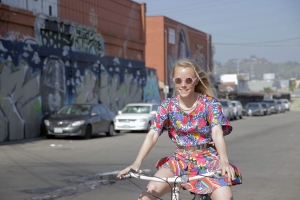 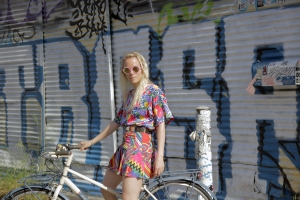 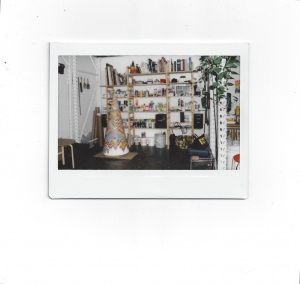 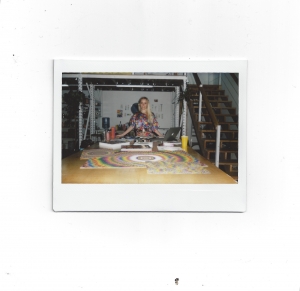 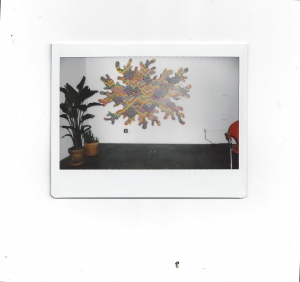 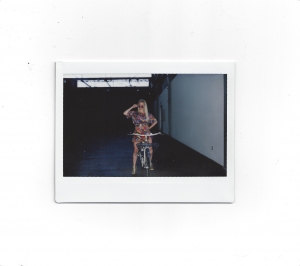 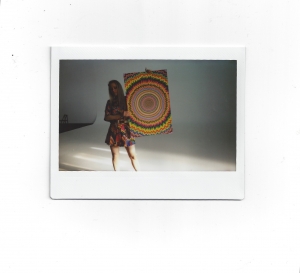