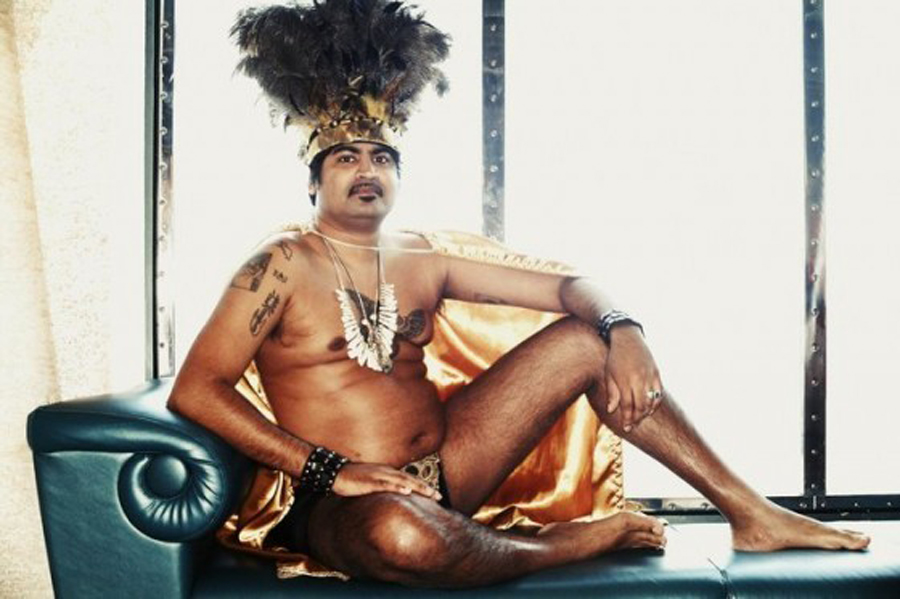 King Khan & The Shrines are more than a psychedelic soul band with a keen voodoo mystique and sex-machine swagger. They are a cult musical phenomenon and simply one of the most entertaining groups. Today at Burger Boogaloo we’ll all undoubtedly realize with every second of their sweat-drenched and ass-shaking set, how King Khan became king.

What is it like performing with the Burger Records family?

It is always a pleasure seeing Sean and Lee blossom into adulthood and watch them turn into such titans. I love when people’s dreams become reality and vice versa.

What are some of the craziest onstage antics you have pulled? And can we expect anything this weekend?

There have been many antics… one of my favorite one was in Portugal, we played a huge festival and at the end of it this DJ David Guetta was DJing on top of a neon pyramid. I decided to try and knock him off this pedestal so I took a running start and got intercepted and thrown down by two huge security guards who then proceeded to escort me off the festival grounds where I had to wait for the band to come and get me.

If you could cover any song what would the band unanimously choose?

Right now we love to cover “I’m Not a Young Man Anymore” by the Velvet Underground.

What would your ultimate shrine consist of and who is it in homage to?

I want to build a shrine to the healing powers of rock-n-roll one day, something like what Salvation Mountain looked like. I love folk art shrines and would love to spend the rest of my life building one.

Build your own burger.

a patty made of ostrich beaks and eagles talons;
a bun made or porcini mushrooms;
a ketchup substitute made of reduced goat’s blood and goat’s semen;
a pickle soaked in diabetic urine;
and a nice tub of vanilla ice cream.

For more from the King Khan and the Shrines head to: www.kingkhanmusic.com/.