Los Angeles-based artist MRK (Madison René Knapp) has a volatile relationship with love. Love, as she describes it, “is the claw that scratches my itch and tears out my eyes. Love is constant contradiction.” She perpetually experiences the excruciating and contradictory nature of love—that intimate inner pulling that fuels both desire and denial—only to be beat up, broken down, and left for dead by love.

Plagued with an insatiable lust for love, MRK has found creative expression the only one step toward healthy relationships and healthy living; her new video for “Wicked Game,” is a stunning visualization of this—a person channelling their conflicted passions and highlighting the maddening emotional tightrope we all walk at the prospect of love.

Like the original music video for Chris Issak’s 1989 release directed by Herb Ritts, this new video lit, shot, directed and edited by MadAsHell director, Leila Jarman, is laced with eroticism. However, this MRK/MadAsHell version pushes a darker, dreamier sensuality. “Instead of a man and woman coyly frolicking around one another on a beach in black and white, here is one woman, in an enclosed, dank, colorful environment,” explains MRK. “The video speaks to the provocative interplay between performer and audience, between lover and lover, predator and prey, or even between the warring Freudian selves. The viewer’s eye is enshrouded in this paludal corner, face to face with a siren-like creature in the kaleidoscopic dark. Does she cry for help or is she luring you to crash upon her rocks? Such is the nature of seduction.”

I spoke with MRK about what drove her to cover Issak’s classic track, the visual concept conceived with Jarman, and shooting the underwater singing scene for the video. Read my conversation with MRK and watch the exclusive premiere of the video below.

How did you decide to cover Chris Issak’s “Wicked Game”?

“Wicked Game” is one of those songs and music videos that infiltrated everyone’s sexuality in the 90s. It’s so coy and conflicted and full of yearning. I think it reflects things we all have experienced in love and heartache.

The song spells it out plainly enough, vacillating between the phrases “I wanna fall in love” and “I don’t wanna fall in love” to highlight that maddening emotional tightrope we all walk at the prospect of taking the love plunge. One of the reasons I chose to cover this particular song was because of that exact self-contradictory, self-reflexive vibe within the lyrics: desire and denial.

In my own plagued heart I believe that artists are best qualified to examine such subjects. Not only has Chris Isaak’s “Wicked Game” always felt like a love addict’s anthem to me, but according to the digital visualization artist Nickolay Lamm’s 2013 project “The History of Music”, the word “love” is one of the most frequently used words in 50 years of music. Other major contenders are: “baby,” “lonely,”  “heart,” “I love you,” and so on. We just can’t get enough. At least, I know I can’t.

How do you approach reworking a song for a cover?

The first thing I try to acknowledge when covering a song–or emulating any piece of fashion or art–is that I am emphatically NOT the original. I am me! I parse out the parts of the song that I enjoy performing the most and try to let my instincts take over rather than attempting to deepen my technical understanding of the original. 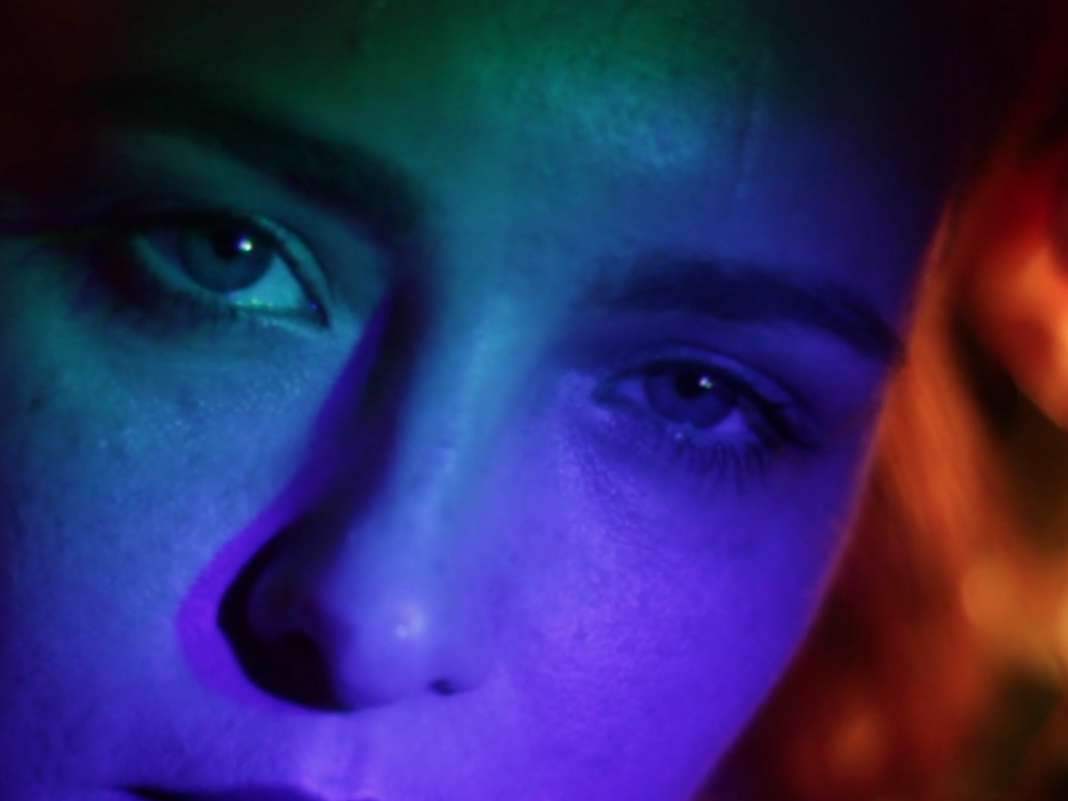 I think that any time artists cover or pay homage or tribute to existing works we owe it to the original, and to its creators and the medium of music, to put our own stamp front and center. That’s what has sent Jeff Buckley’s interpretation of “Hallelujah” soaring past Leonard Cohen’s original in many ways. Anything that tries to fully recreate the original song might as well be white noise, but when we truly reimagine something and recite it in our own language, entirely new emotions can be born. I think covers can be a wonderful way for artists to explore themselves and their craft, and it’s an opportunity for audiences to hear familiar things in a new way. But, it is only when we really try to push our boundaries and the boundaries of the material that we get to enjoy it.

Tell me about the video, how did you and Leila come up with the concept?

This video was a baby of our creative compulsion. Leila and I were both feeling very stuck and frustrated one night and so we made a date to shoot this video the next day. In the scrape of thinking up simple locations, Leila suggested her bathtub. We started conjuring images of a womb-like water coffin, a dank, colorful place, a sort of vaginal grotto. So we dressed up her bathtub with scores of fake flowers, found some old LED ring lights that Leila had and started shooting. It was truly through Leila’s direction of my performance and her masterful camerawork and editing that the piece developed a more cohesive direction. Partly through necessity and partly for effect, the whole video is almost entirely closeups with Leila manually pumping the focus of the camera in sync with the music. The result is a kind of sinister sister video to the original video.

This is a Black Moon Lilith of a video, portraying woman as both hunter and hunted, charlatan and innocent—which is precisely what I had hoped to express in my performance.

Tell me about shooting the underwater singing scene in the video? How did that go down?

This was the last scene we shot and it was by far the most difficult. Opening the mouth while laying on your back underwater creates a perfect vacuum for suctioning water into the mouth, nose and eyes. It was way more painful than I expected! The fact that we had glow sticks, some fake flower residue and maybe a few other bits floating around in the water made it even worse. Leila said that the next day some of the protective coating had been stripped off her tub, so whatever we had in that water went all up inside me, including down my throat! It actually made me a little sick for a few days afterward. But we knew it would look amazing and there is nothing I wouldn’t do to help Leila get the shot.

I am truly the luckiest woman in the world to work with someone as talented and tenacious as Leila Jarman. It is through working together that our friendship has been sealed, not just because our sensibilities and visions coincide, but because we make each other brave. Leila is one of the most sharp, most sensitive, most warrior-like artists I know. She has so much strength and tenderness to give this world and I so grateful to be her friend and creative partner in crime. I believe that there is nothing that woman can’t do and I feel that same level of support from her. Whether I’m covered in fake blood or she’s wrangling a chaotic crew, we are always in it together. Even when we’re not shooting we are laughing and breaking down together, dreaming together, going out in search of new inspiration together, participating in activism together, going on dates to movies and museums. Even though our art has made us forever sisters, we have known each other over many, many lifetimes.

And with every collaboration our goal is the same: How can we take this to the next level? How can we say more with less? It’s pretty difficult to outdo a nude blood scene like we did in “River of Blood,” but damnit we keep striving, growing, challenging ourselves to make work that is meaningful to us.

Whats on the horizon for you? any other new music we can look forward to from you?

I have two pending releases, an EP and a full length. The EP will come first, called TEARS, followed by the full length called FLOWERS. Both pieces will be a rumination on my journey through heartbreak/love addiction and examining relationships with the self, with partners, with society. The release date for both is TBA.