Portals to the Past: A Conversation with Chris Lux

Image, figure, tile. What you look at first is entirely up to you, but the end result is likely the same: fuck. So were my thoughts upon visiting artist Chris Lux’s Downtown Los Angeles studio, where the San Francisco-born creative is busy painting away. “Working is hard” he laughs pointing to a large red canvas with flashes of color set to the backdrop of several untapped figure drawings.

Upon viewing Lux’s work, the viewer is often left shuffling across the canvas, navigating a painting within a painting, where Lux arranges an assortment of mediums — figure drawing, sculpture and in some instances the entire room your standing in — bringing you back to that initial read: fuck, this is good.

Similar to ideas set out by artist Philip Guston, where the artwork references the painter painting paintings, Lux also incorporates this self-referential idea of the studio process creeping into the finished mark. Storytelling is another key aspect of the artist’s workflow, where he uses his layered compositions to narrate different tales that he aims to “convey to the viewer or wants them to find on their own.” Dabbling across fine art, sculptures, and murals, Lux attended the San Francisco Art Institute and has exhibited since 2008. His 2016 exhibition, Absinthe, featured one of several aforementioned rooms, fully painted to cast the viewer both physically and metaphysically in dialogue with the art itself. 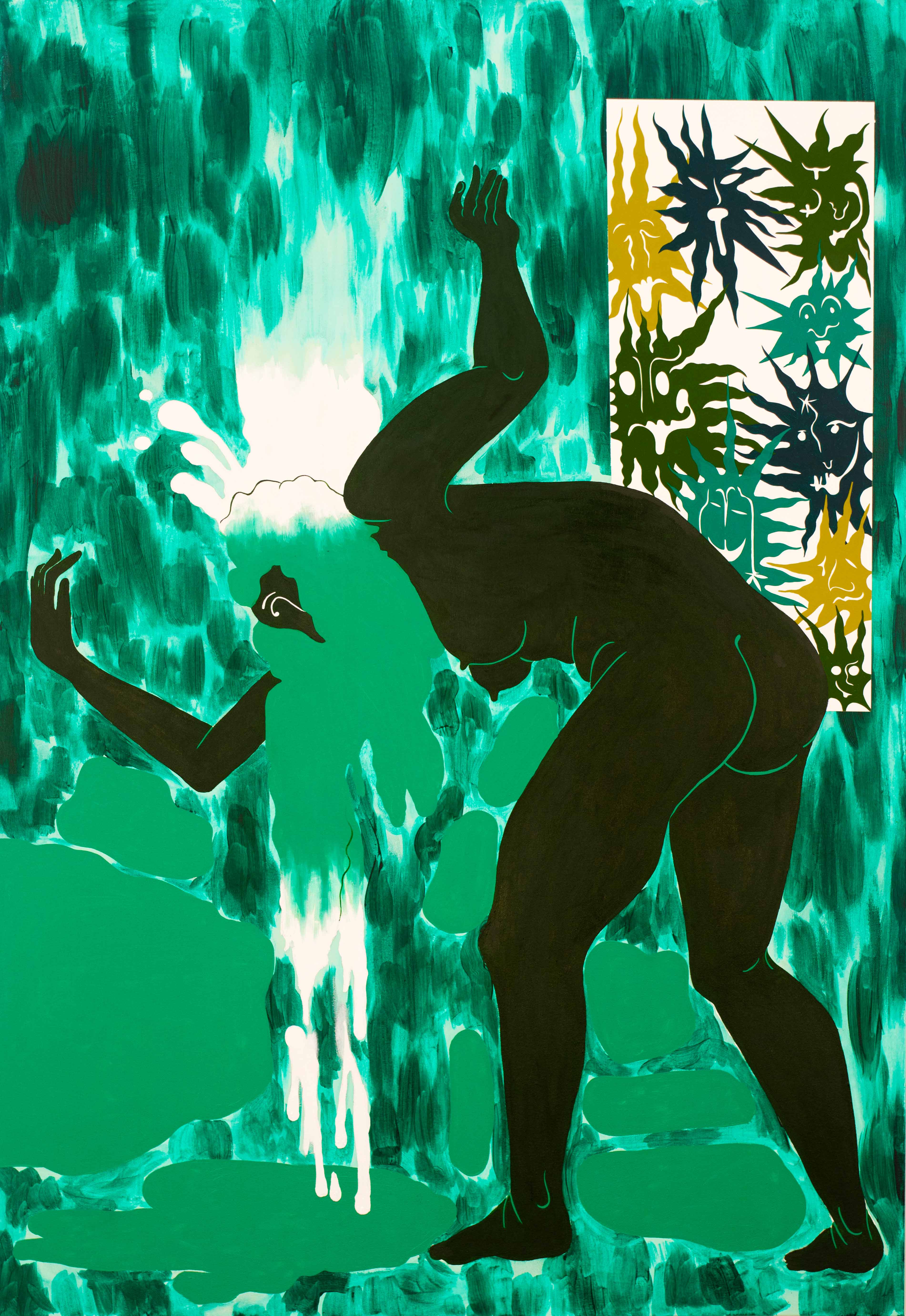 Inspired by a variety of sources —comics, history, and literature among the many —Lux’s collages are portals to the past, but a past that isn’t easily discernible. “I don’t think I’ve ever been an artist who’s trying to make a point. Some work…at a certain point, I start to think, ‘well that’s what this is about,’ But a lot of work that does that for me dies at the particular moment”, states Lux. Although he certainly blends literary texts and artistic periods, such as American Folk mythology, Nabis and the Post-Impressionists along with elements from the San Francisco Beat generation to name a few, Lux enjoys this “openness” of trying to “figure it out which allows the art to follow a logic of its own,” as he states.

Amongst the major motifs of his aesthetic, history shows to be one of the strongest. “For some reason, I’m really drawn to historical work and all its forms. I wouldn’t necessarily think of my work as nostalgic, but more of an exploration into how little we understand the past and what’s there to learn from it”, says Lux. Reflecting upon traditional oil paintings, often filled with religious undertones, Lux adds ”you can never understand how those people actually felt about religion and what was ‘real’. Like the Devil was as ‘real’ as a bus driver”, Lux adds. 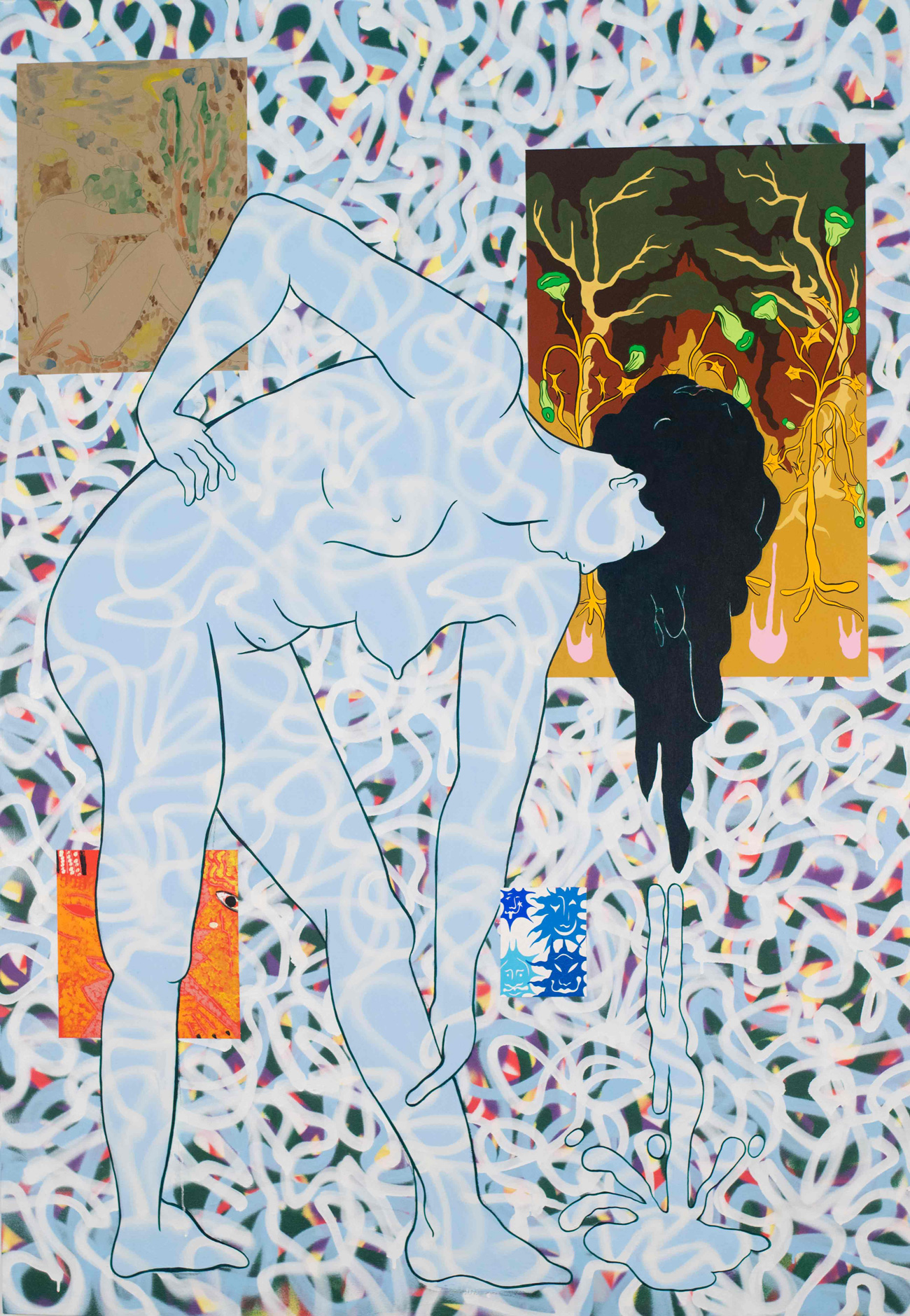 As for this current exploration of work, Lux has referenced fin de siècle readings, where stylistically, they start as figure drawings, get scanned, start to get manipulated on the computer, allowing them to “become these more complex paintings and compositions. Something that reads in a very storytelling type of way,” says Lux. He’s also developed a knack for experimenting across different mediums such as oil pastels and Flash Acrylic on paper, which initially were concept sketches for bigger pieces on canvas, but have since developed into its own body of work.

Where this current body of work ends up and what portals we’re set to peer back in is yet to be seen, but Lux is busy cranking across mediums and is set to exhibit in October at Red Zone, an artist-run space in Los Angeles.