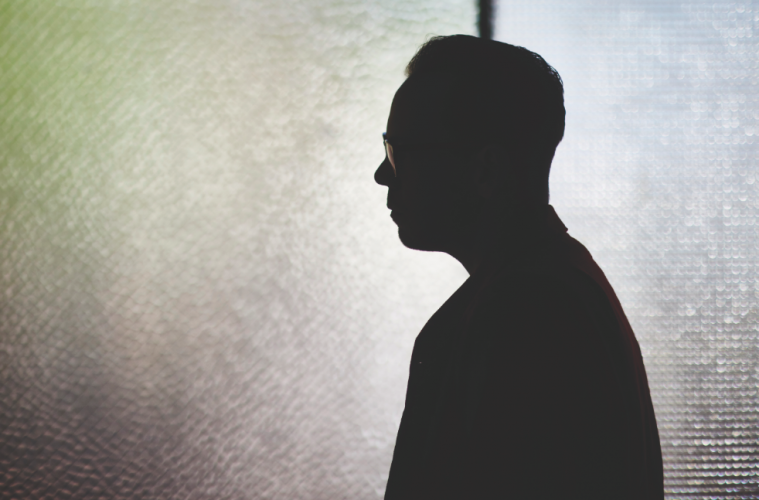 This article was originally published in Amadeus issue 07.

These days we move, think, and discover at the speed of light. We browse mobily, we swipe right incessantly, and scroll down with unknowing eagerness; consuming without digesting. It’s Clint Woodside’s mission to slow things down a bit. With each roll of film and pristinely printed zine he publishes, Woodside begs wandering eyes to take heed of the preciousness in each moment. He’s a perceptive click-o-phile whose camera operates as a third eye, and who lives through his narrative-like photography. From behind his Leica lens, Woodside documents his surroundings spontaneously, picking apart the things that confound us, while discovering some meaning between the cracks.

All the stuff I shot in Philly was: friends, good times, and wandering around. Then, right when I left, there was a turn. When I moved to LA it got a lot heavier and solitary; more lonesome, because I didn’t know anybody. It took a long time for me to start finding photos of friends and stuff that I had a connection with. I have my small, close-knit group of people here now, but I used to have a huge roster of crew.

Yeah, you had been curating shows at Space 1026 in Philly and were part of a really cool community.

Yeah, and that helped me know a lot of people out here. I met Ed [Templeton] through hanging out with No Age, and then we started talking about doing a show at 1026. We all just hung out. That show never happened, but we had a budding friendship from that.

I guess that’s a good segue into Deadbeat Club.

Yeah, Deadbeat Club is totally random [laughs]. I wouldn’t be doing it at all if it wasn’t for some people. Hamburger Eyes is number one and Dischord Records is number two. I curated the 1026 photo show at Hamburger Eyes when they used to host shows.

When I started Deadbeat Club it was just me and a friend of mine named James. We were just making things; I was making zines more than anything else. Then James had a kid, and got super busy and couldn’t keep making stuff. Ed smashed his leg and was couch ridden for six months or so, and had nothing going on. So we decided to do a split zine and sell it through the site. That was a fuckin’ blast. From there, it naturally progressed, and we just kept pushing it and I were like, ‘Well, I guess I have this publishing house now.’ It was just about calling people with interesting stuff, and it was amazing how many times people said yes.

So, why print? Why is print still important?

When you’re looking at the Internet or Instagram, you’re browsing at the speed of light. It’s out of control. It’s too fast. Especially photography—I think it’s meant to be digested a little slower. It’s a lot slower if you’re going through a printed magazine as opposed to somebody’s tumblr. That’s not what we’re about. Deadbeat Club is about slowing down a little bit and having a tangible, physical object to look at. Like here are my 7”s. I used to put out records in Buffalo and Philly a bit, and this is the exact same thing. It’s like putting out a photographer 7”.

Yeah, exactly. It’s about taking your time and having to digest something a little bit longer.

I used to have a huge problem with Instagram and tumblr. I used to freak out about it and be like, “It’s killing the heart, it’s horrible.” I’ve made peace with it, but I still don’t contribute that much to it. It scares me; it makes me feel better to step away from it a bit. We haven’t posted photos to Deadbeat Club’s tumblr in ages, because it’s kind of killing the idea of slowing it all down…we want to keep it precious.

What about photography has given you the means to express your narrative the best?

I think that’s it. It just does. It feels like I am getting my view out the best in this medium. It’s something I did when I was a kid. I used to do photography really heavily in high school when I was getting ready to graduate. I was accepted, to the school that I went to for design, for photography at first. I got scared and stayed in Buffalo for a few years, and because of that I got sucked into graphic design more. That’s why I eventually moved to New York. I had a big burnout on graphic design and started doing photography again, and it felt like home, it felt way more comfortable, it feels like I’m really getting across what I want to.

What’s the craziest place that photography has taken you to?

China. That was insane.

That was with Vans right?

Yeah. Tobin [Yelland] did a series of videos—one that was on me—and he’s just a guy who knows what’s important at the time. He made the most important skate video, and he called me up one day and said “I’m doing a series of documentary shorts, and I want to do one on you.” So we did that series, which was through Vans. Then, Vans Asia was like, ‘We want to do a bunch of pop up events.’ They’d rent a warehouse for the weekend and turn it into a music venue and park, but they wanted more of a social injection, so they were like ‘Let’s do workshops.’ So Tobin and I put together zine workshops. Then we got to fly out to China to help teach kids how to make zines, which I think is one of the most amazing things I’ve ever had the opportunity to do in my life.

Are there any places that you’re itching to go to?

I want to go to Japan. I want to have a show there. But I love being in America. I used to tour a bunch with bands as a manager and a roadie. I think that’s why half my stuff has an ‘On the Road’ kind of vibe.

Have you been to all fifty states?

No! I have like eight left. I want to do a zine about the final eight. I kind of want to do, like, a zine per state…but I just need to have enough time.

Do you have a favorite state?

I think California, or New York. I have a lot of connection to smaller towns—my parents are both hicks. They’re from towns that are four corners with a general store. I think that has to do with why I’m so community-based. I miss a lot of that here. But I feel like I’ve kind of created that in a way with Deadbeat Club.

How do you hope people see your photos in a hundred years?

Sometimes I think about the physical nature of books. I think there’s going to be some kind of digital outage and everything’s going to be lost but all the books will still be there.

To me, that’d be great. I’m guilty though too…I’m here flickin’ with my phone and shit. I do it too. But I want to have my hands on stuff. I want to make things that are worth something if someone’s going to pay for it. If people are halfway interested in my shit, I want to thank them. I want to make sure it’s worth it. It’s great that people do care.

All photos taken by Jay Kantor. For more from our shoot with Clint head to www.kungfubreakfast.com/clintwoodside. 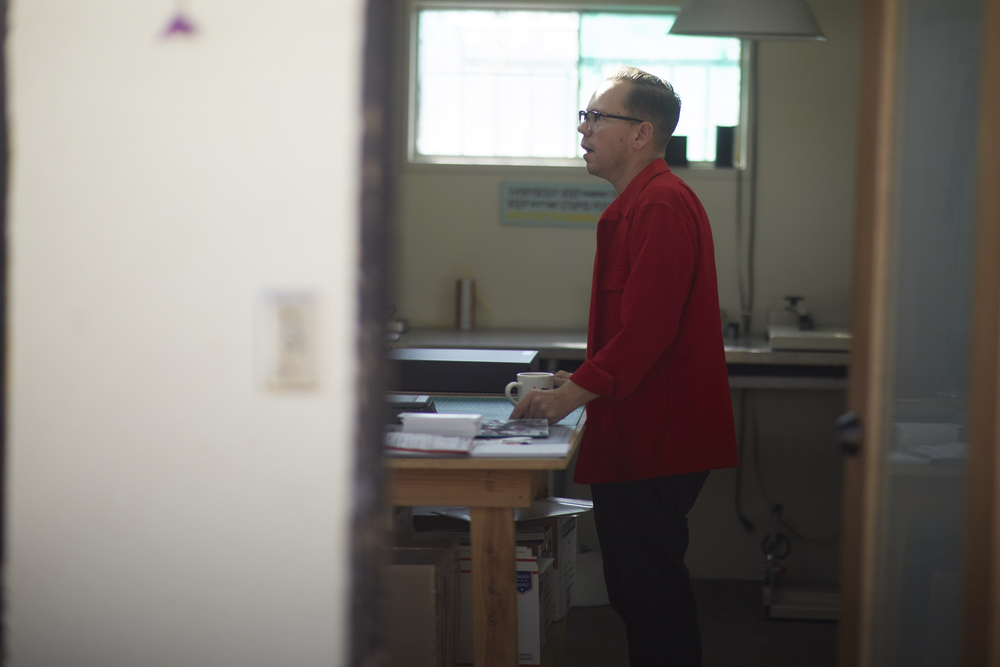 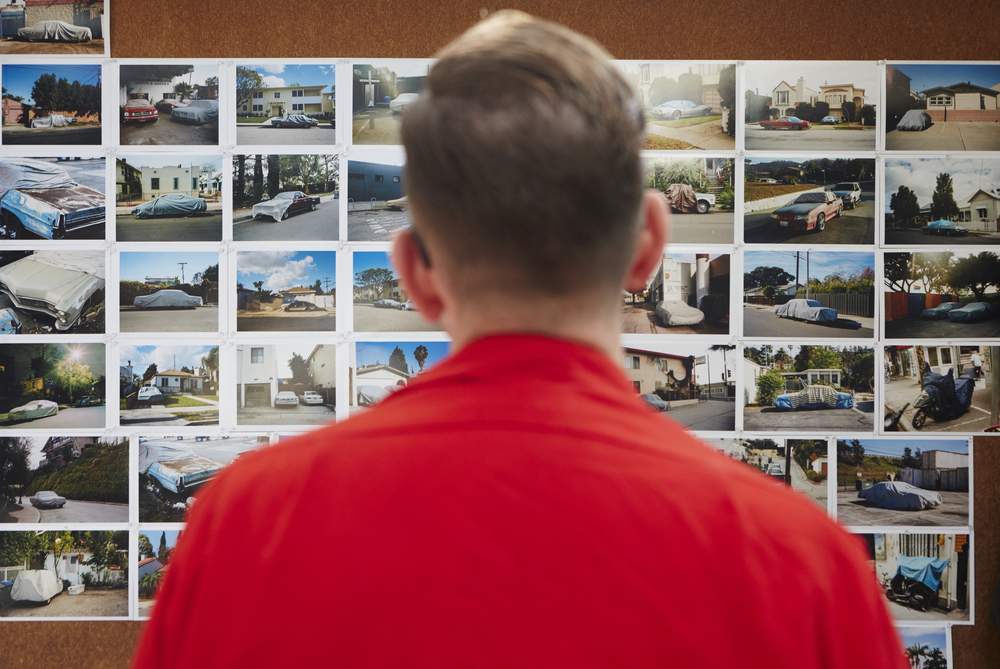 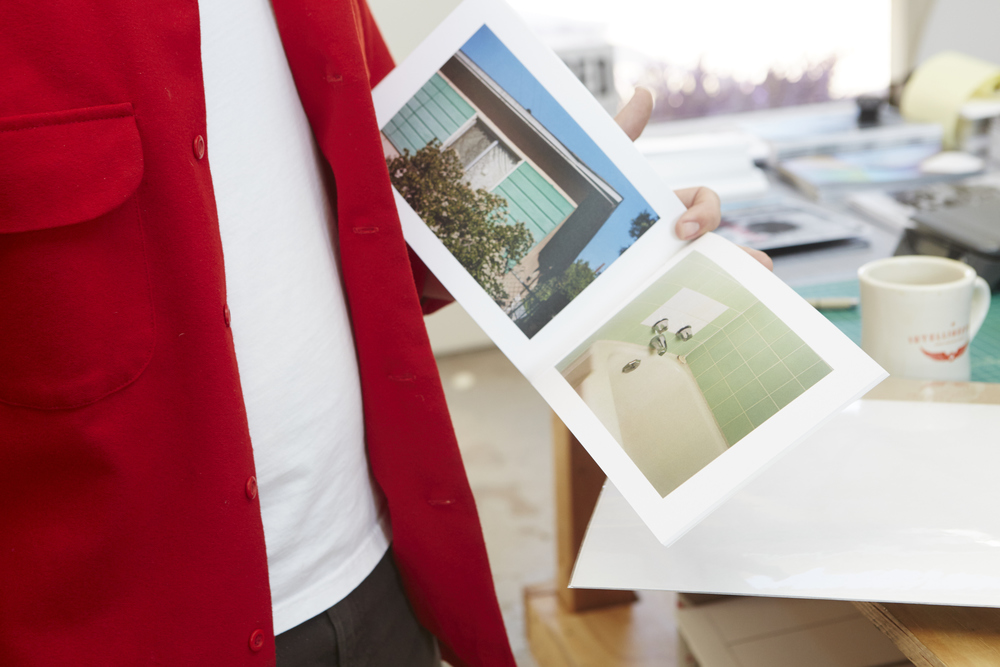 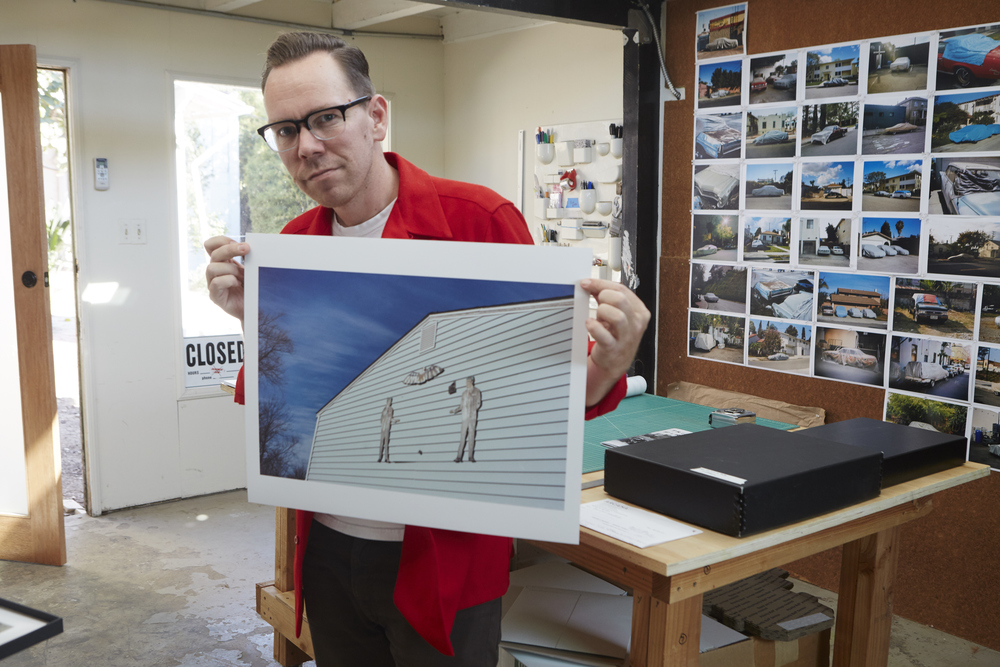 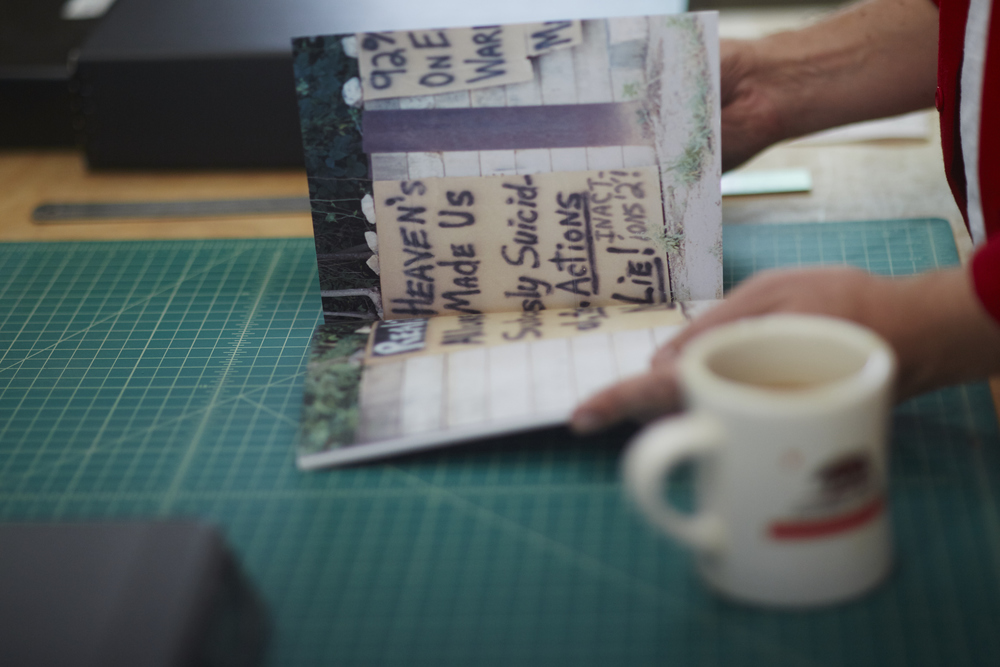 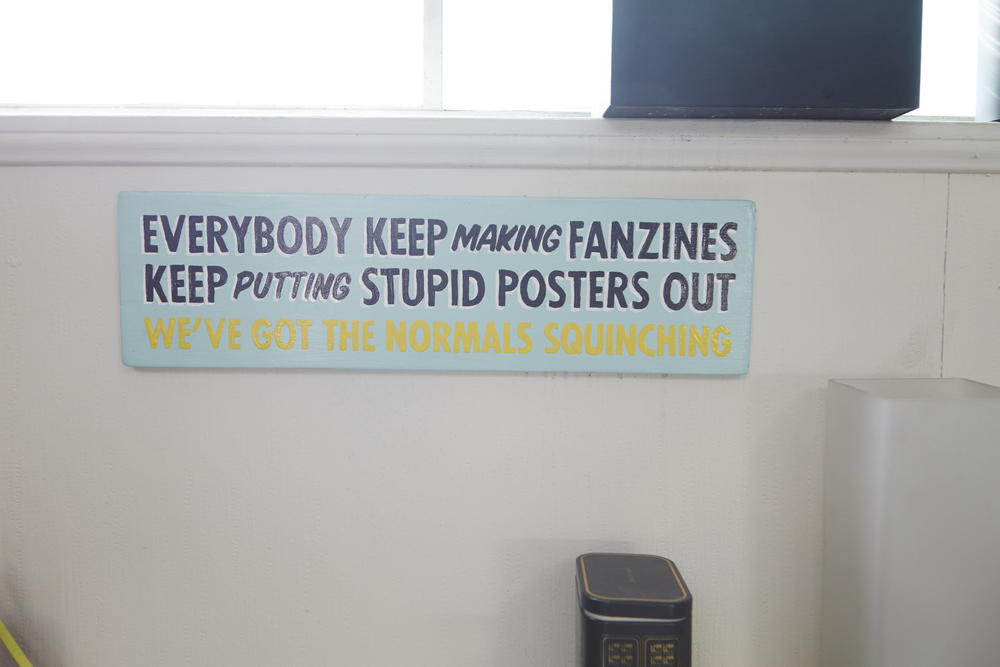 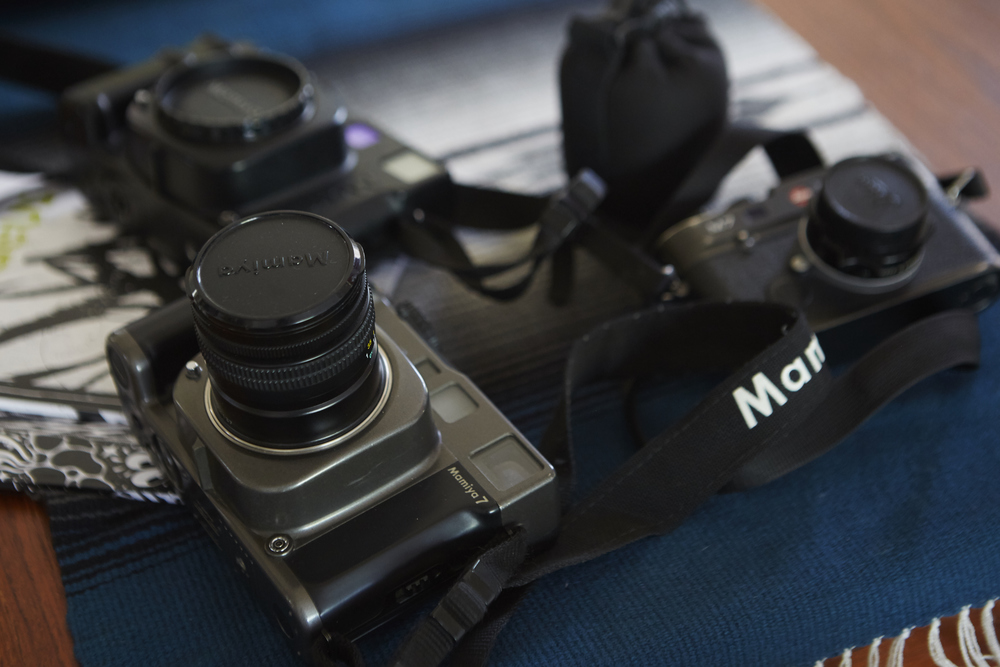 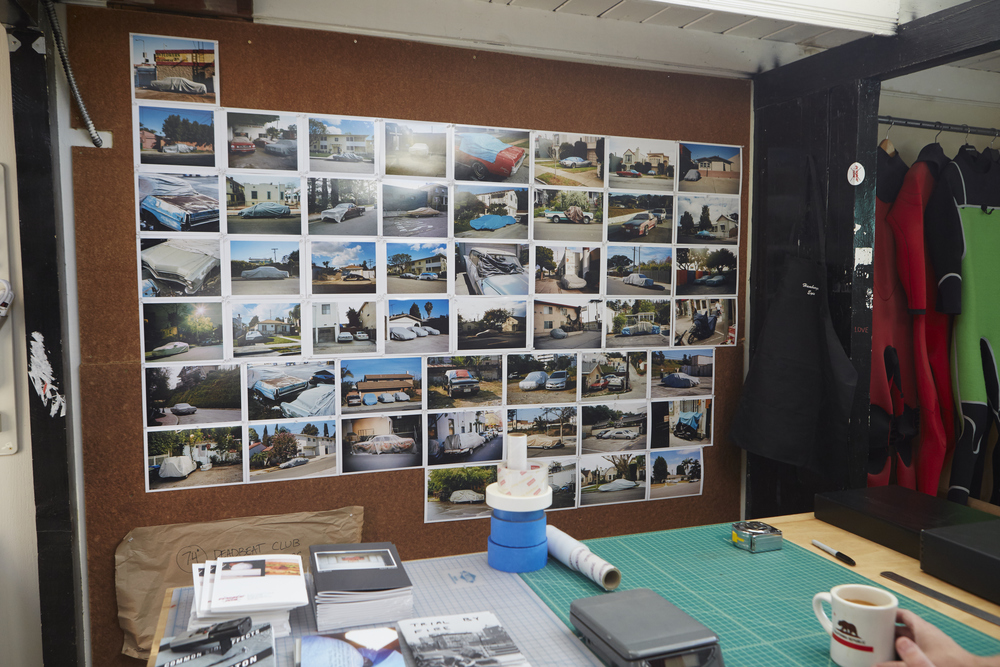 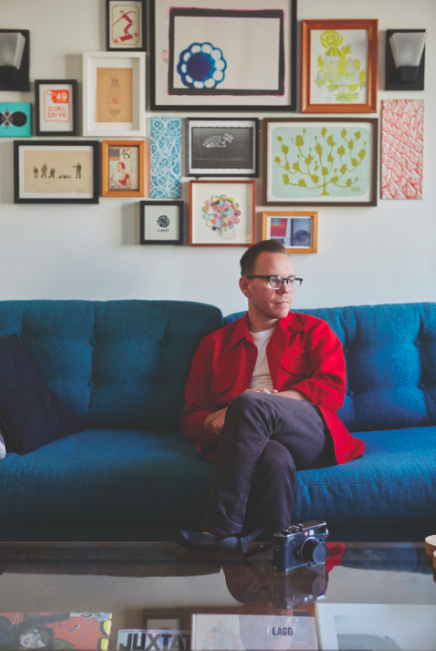 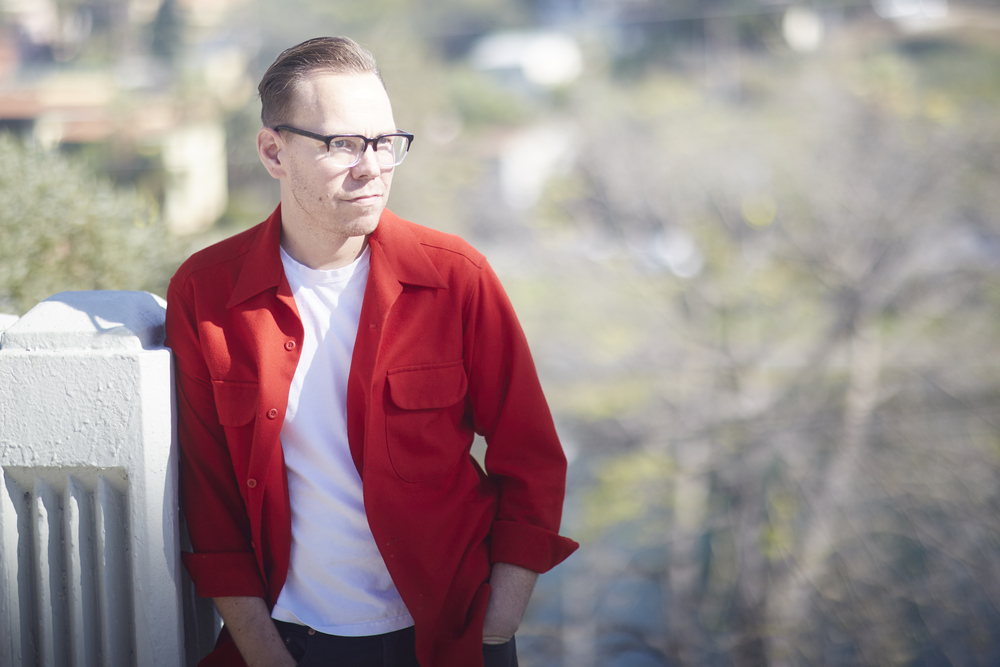