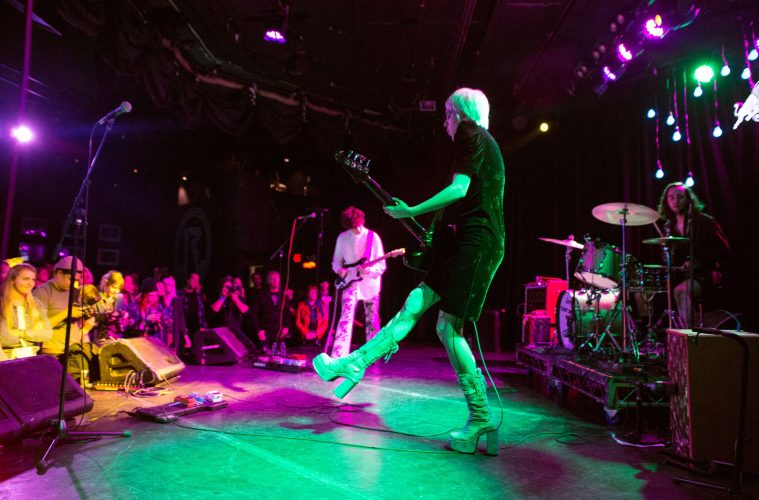 Ah, November. How we’ve missed you so. Los Angeles in the fall might not bring changing leaves, but it does bring a month of eclectic music sprawled across widely-loved venues here in LA.

The second night of Red Bull Sound Select’s 30 Days in LA took us to the Roxy, which hosted a lineup of three unique trios; Candace, SadGirl, and the headliners who trekked all the way from New York, Sunflower Bean.

Candace previously known as Is/Is, is a tight knit group from Portland and they opened the night on a good note with their melodic guitars, tight drum sets, and hypnotizing vocals. Unfortunately, the set ended on a weirdly awkward note when 9 o’clock struck and the band’s set was cut. The curtains were drawn on the band… and right after an instrument swap!

Fear not though because the energy picked up shortly after when SadGirl, the lo-fi surf wop LA natives, took to the stage. The DIY, 60s-sounding, punk triad have an interesting stage presence. Misha Lindes, the frontman of the group, is especially fun to watch; from his restlessness behind the mic, his facial expressions, and shifting vocals, it’s hard for anyone in the audience to take their eyes off of him.

New York’s Sunflower Bean finally stepped out, looking like they may had been transplanted on stage from another decade. Visually, the group references popular fashion from the 60s and 70s, yet they have the ability to make their style authentic and unique to themselves. Sonically, at the root of Sunflower Bean, they are just good old rock & roll influenced by greats like Led Zeppelin and the Velvet Underground. Sunflower Bean’s tunes introduce younger audiences to old school rock, all while giving it their own heavily distorted, psychedelic twist.

The early 20-somethings have perfected each of their crafts so meticulously that it makes you forget just how young they are. Being a band for a little more than 2 years now, they’ve learned how to create an undeniably strong chemistry onstage. By the end of the first song, the crowd was loose and ready to roll with the pushes and shoves.

The band has described their sound as simply “guitar-bass-drums,” and that’s exactly what you get when you put Julia Cummings (bass/vocals), Nick Kivlen (guitar/vocals), and Jacob Faber (drums), together. When listening to the album, one might expect the live show to pan out much differently. For some tracks I expected longing gazes and lots of swaying. I was wrong by all means. Don’t be fooled by their slightly quiet onstage demeanor, they are a rock band. When they play a song, they make sure to hit it harder than the last, leaving their mark on the popular West Hollywood venue. During “Tame Impala” the stage just wasn’t quite big enough for Cummings and Kivlen as they took to the floor, getting in the faces of each audience member with Kivlen even giving a lick to a photog’s camera. They’re one of those groups that play with such energy and inspiration that you begin to think to yourself, “Should I start a band now?”. 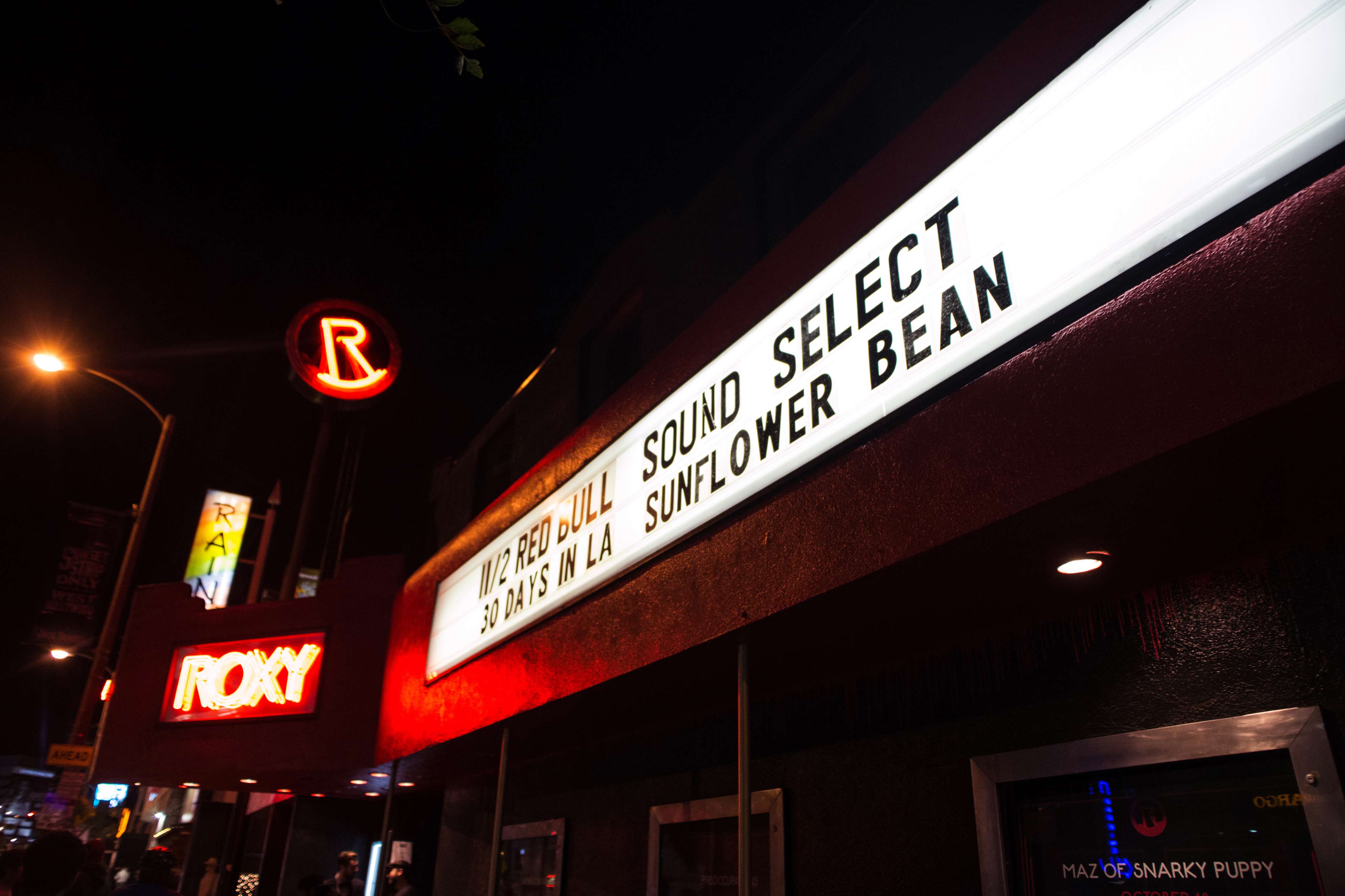 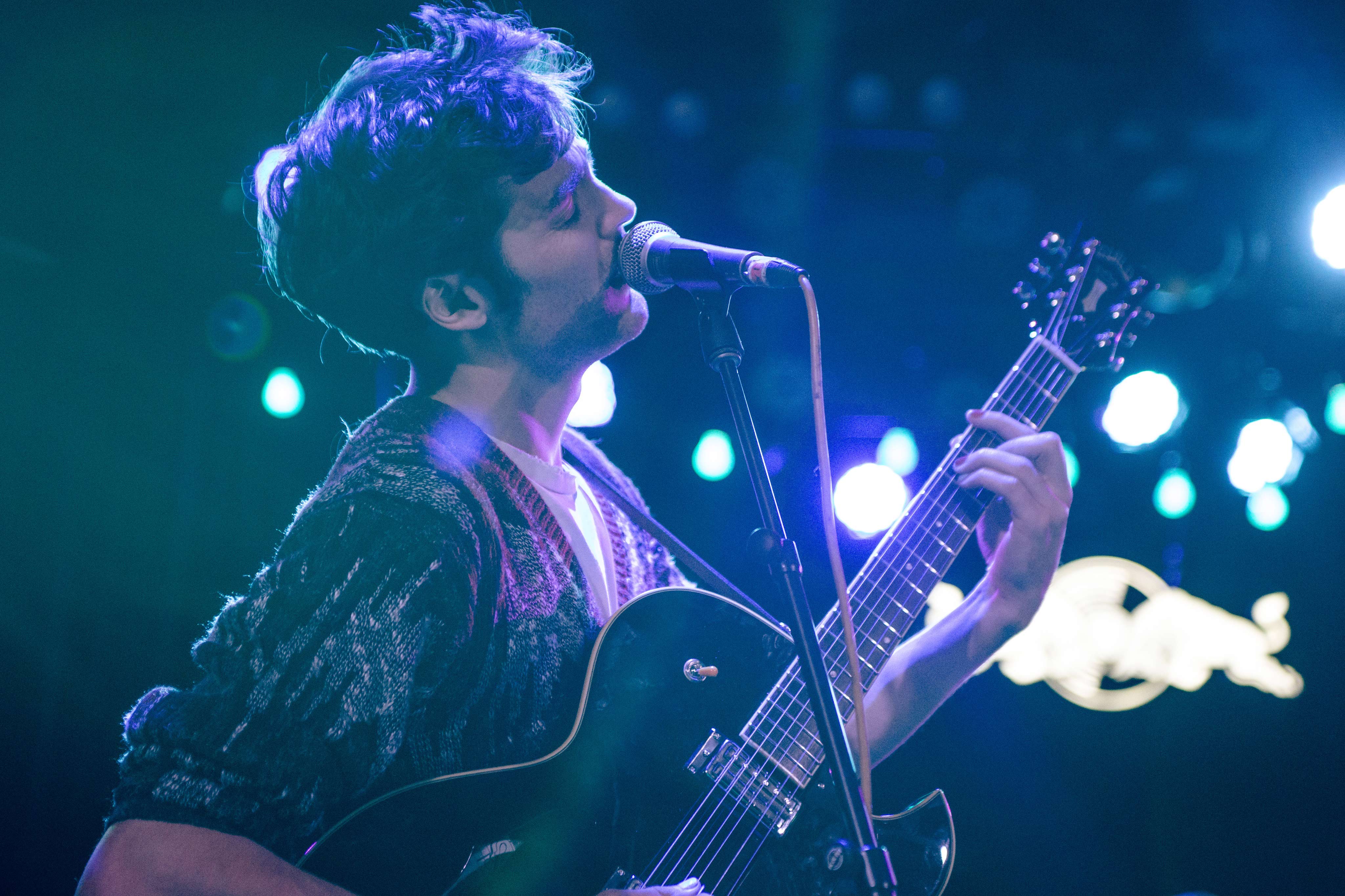 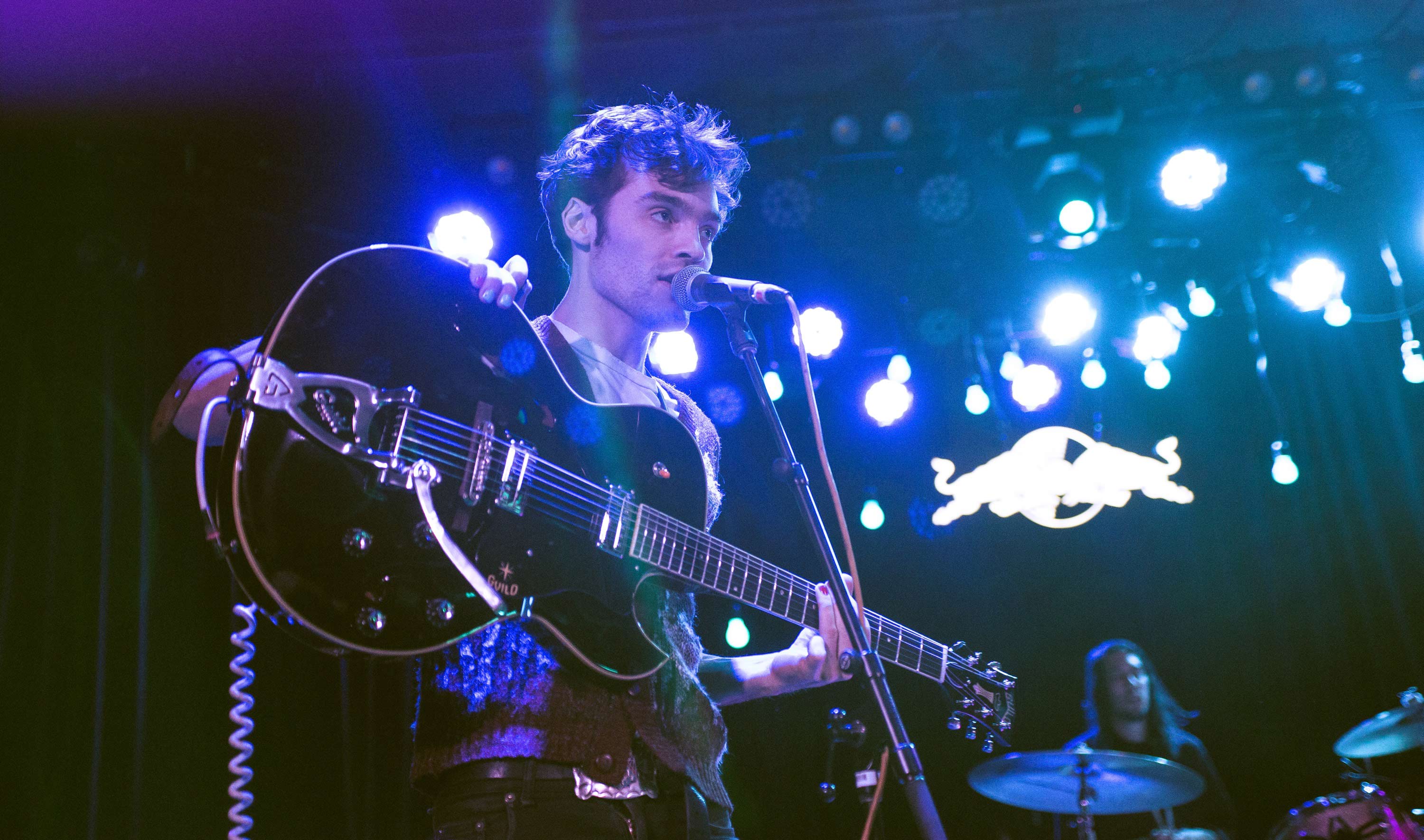 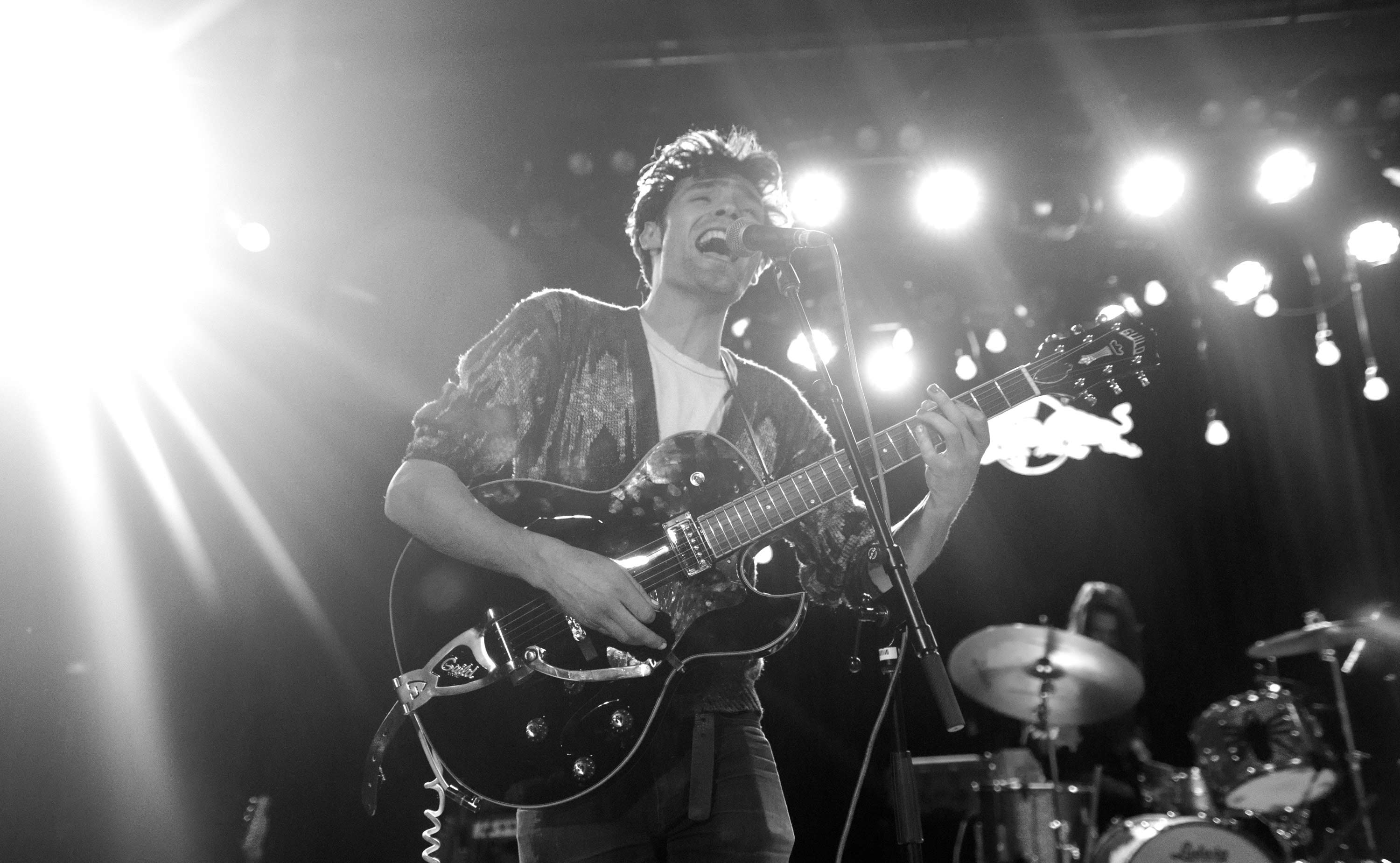 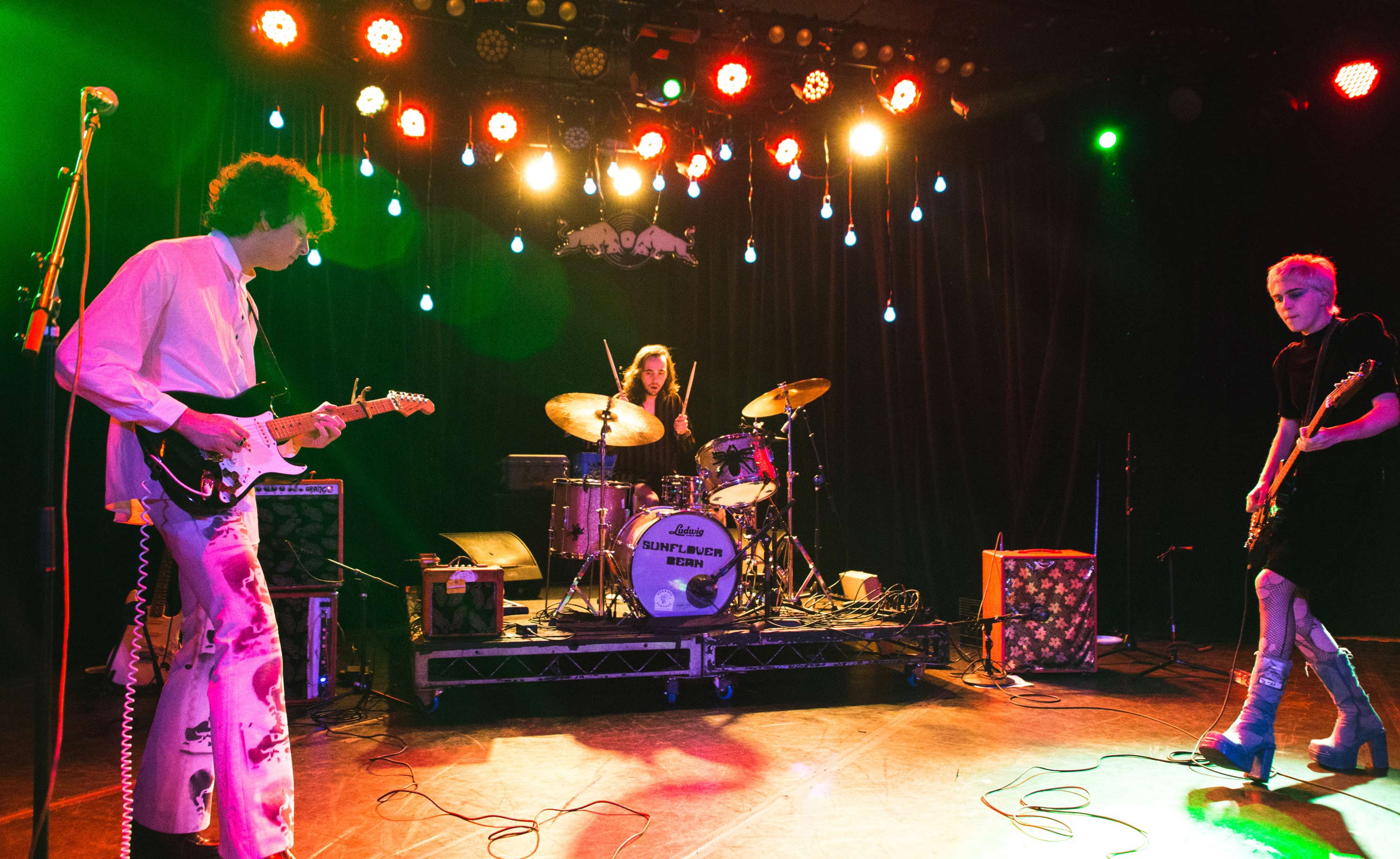 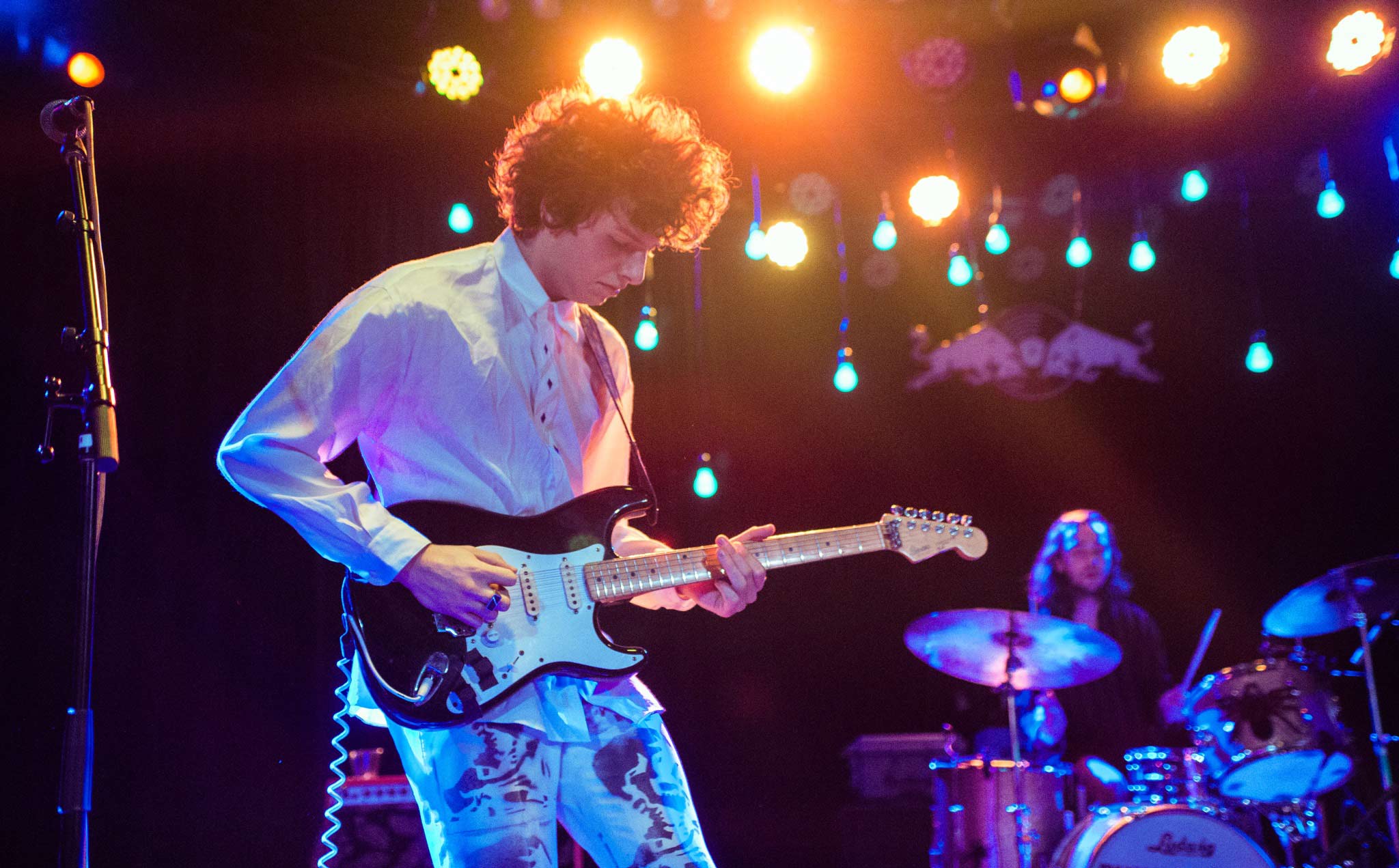 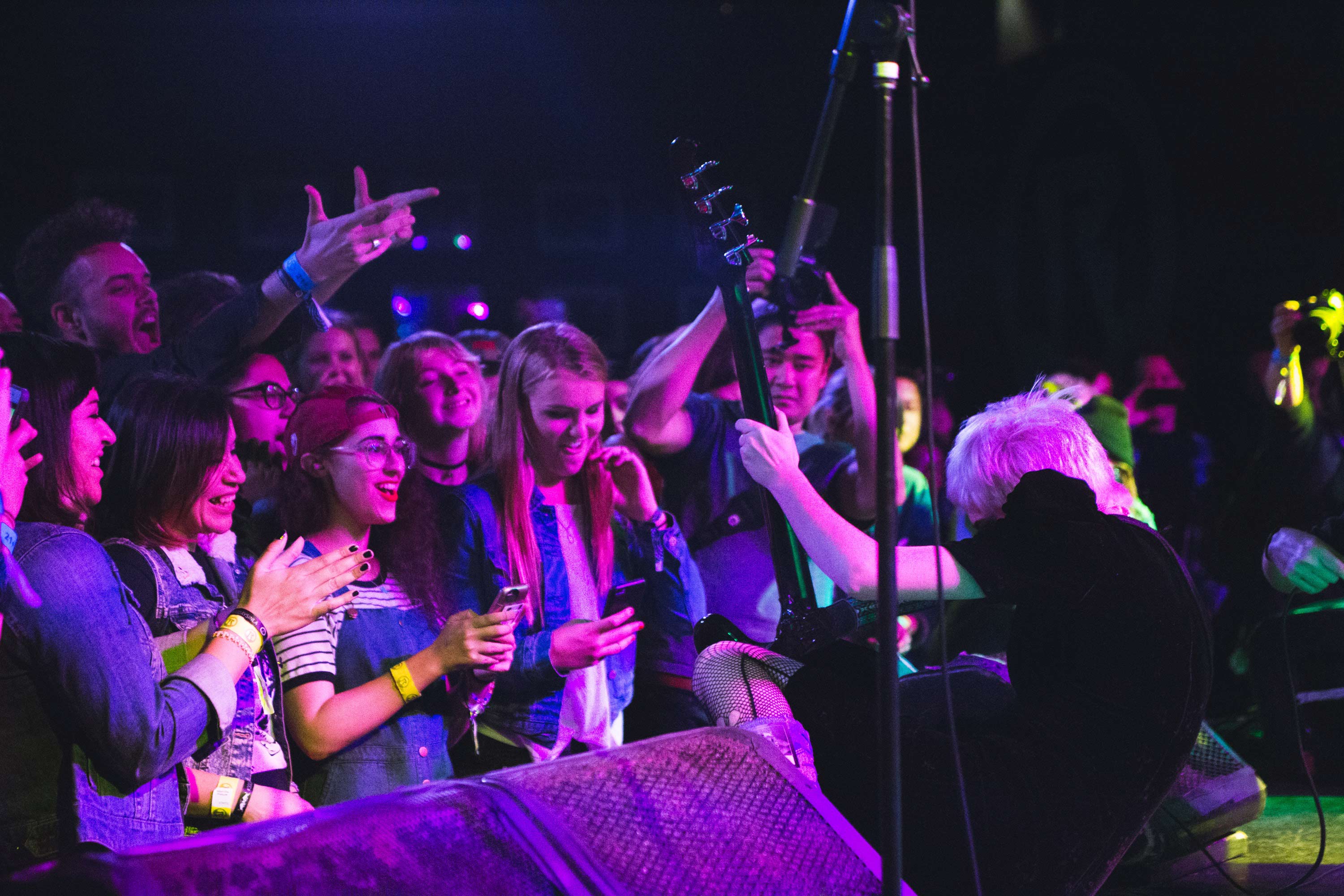 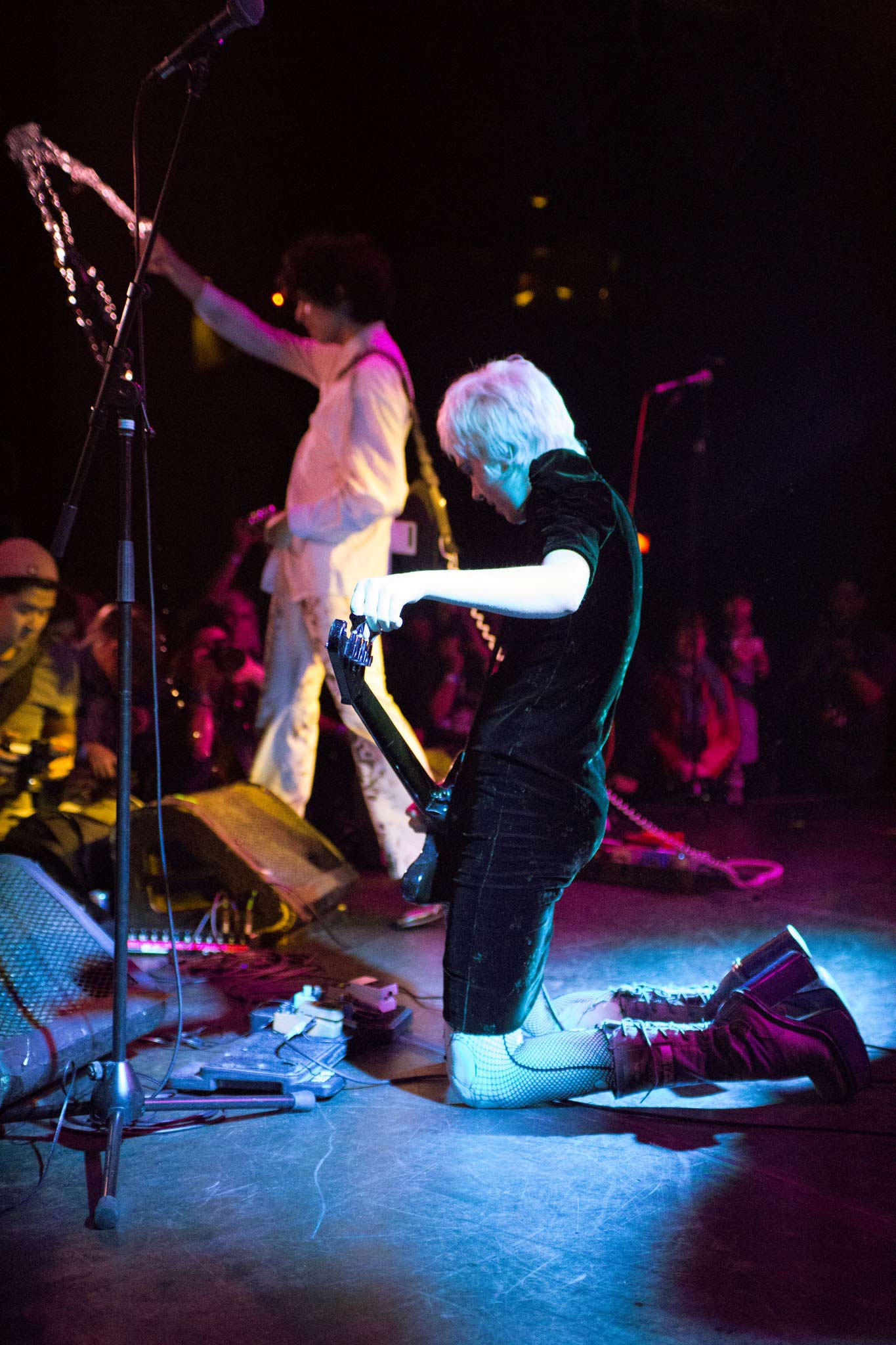 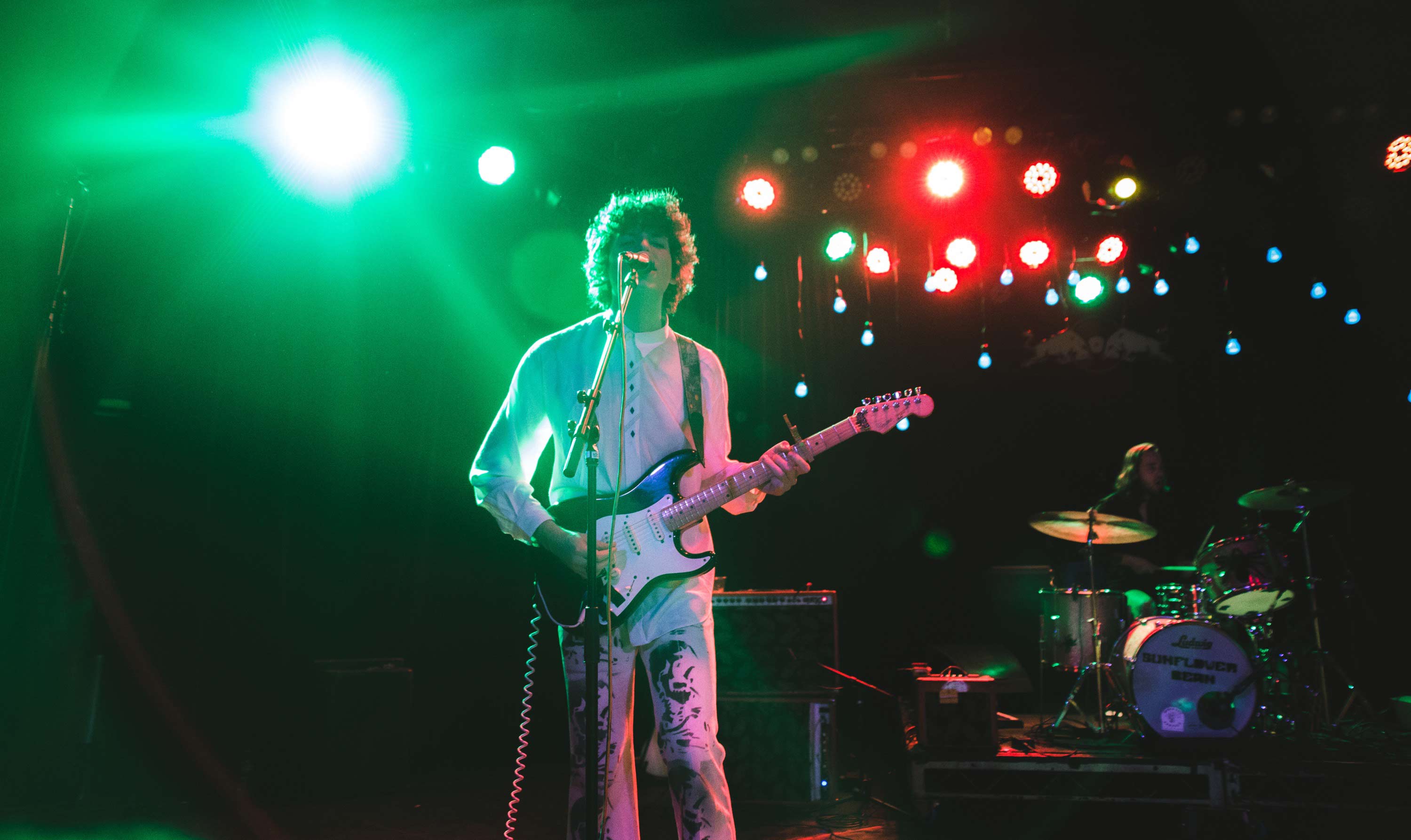 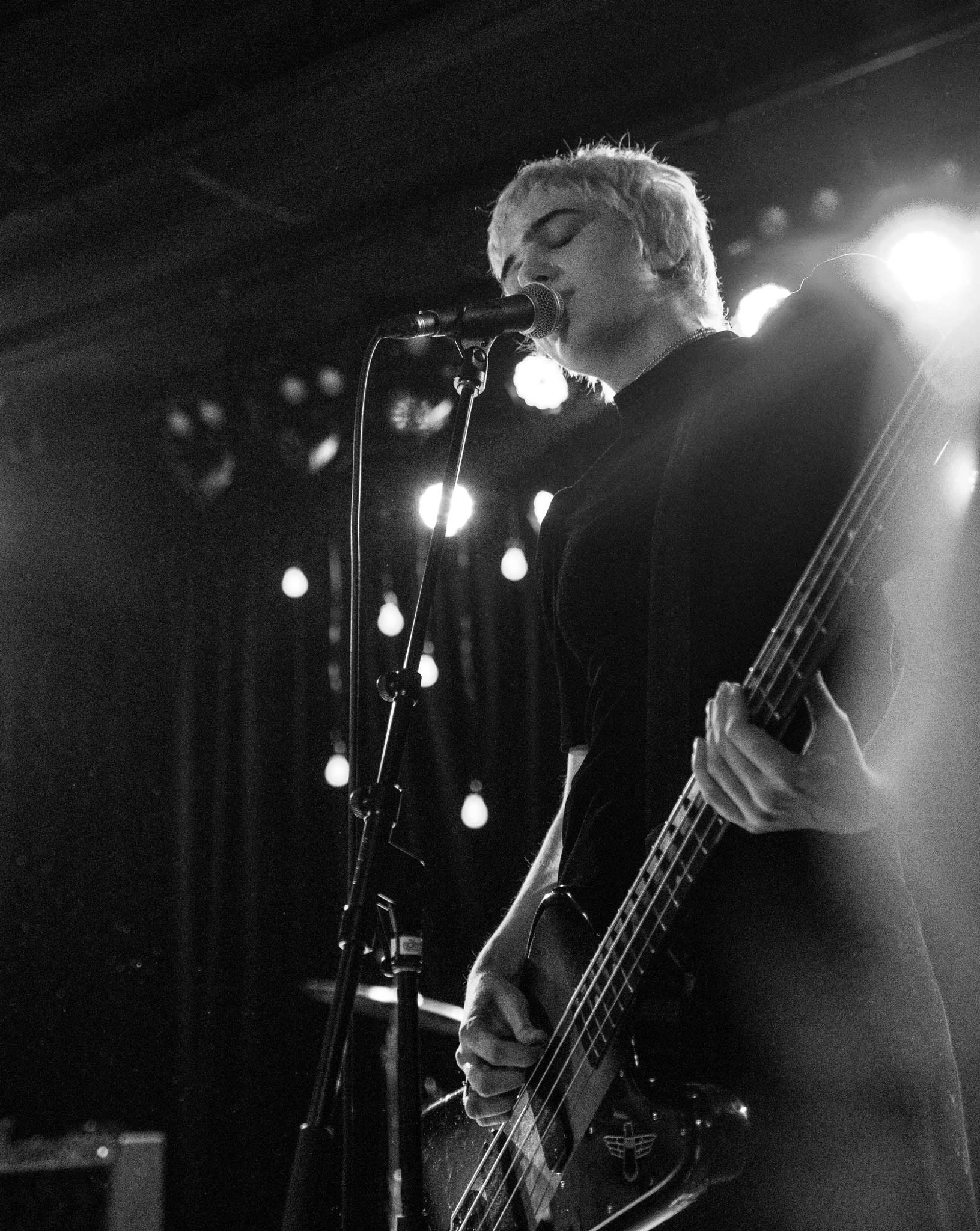 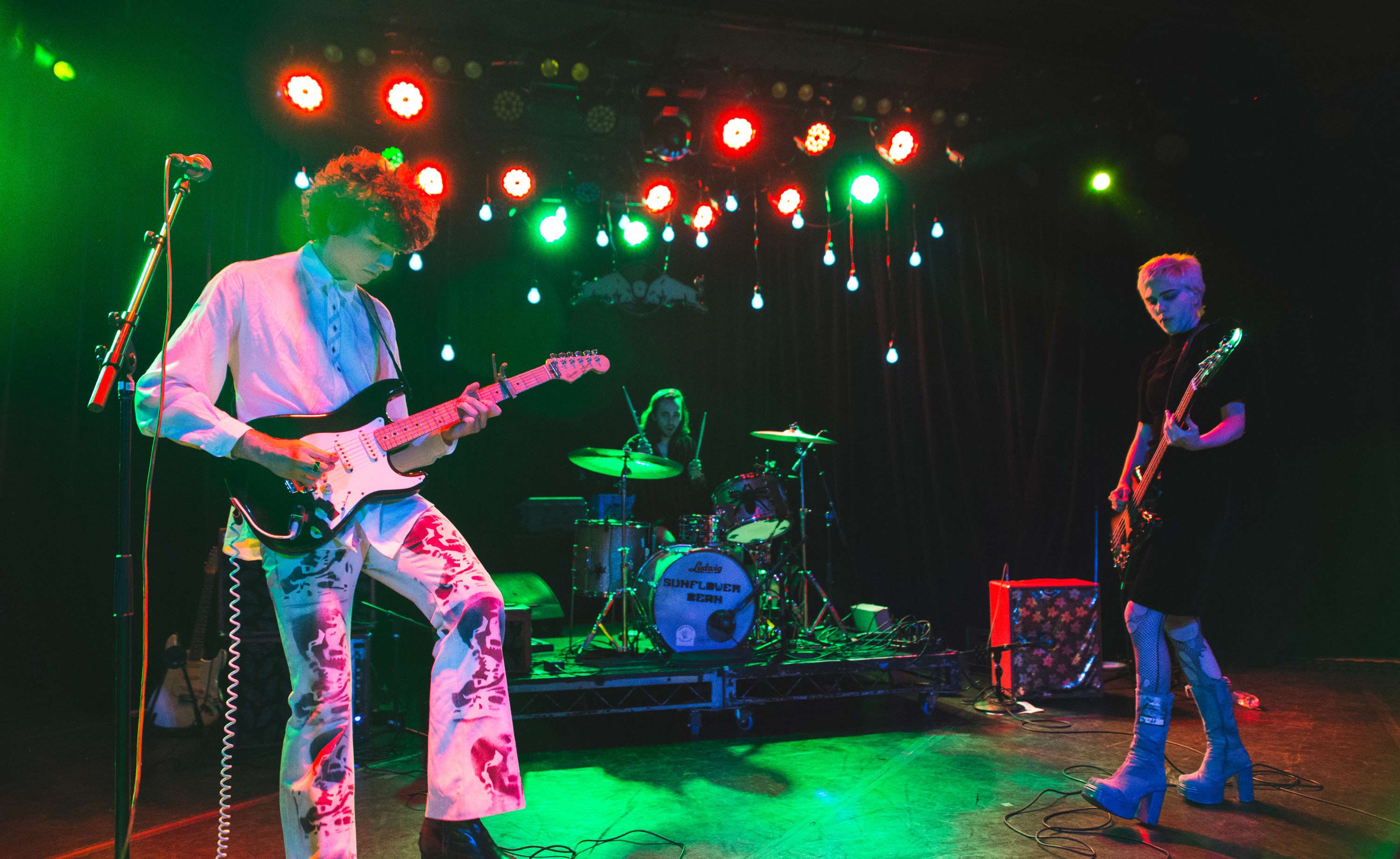