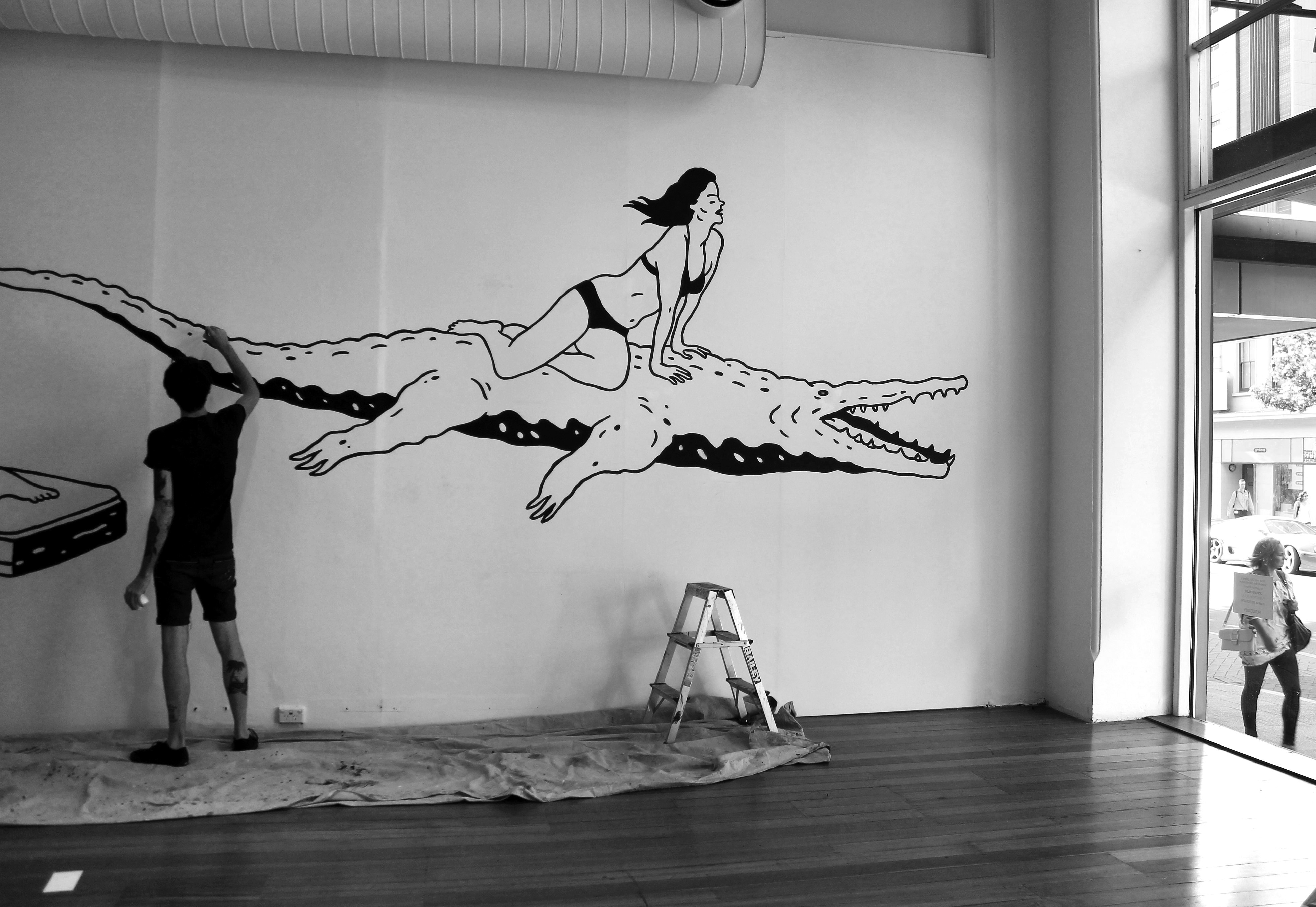 Sean Morris’ illustrations have gone through a lot of incarnations over the years. Originally the Melbourne-based artist threw up some of his drawings online for his friends to enjoy, and in turn got a better response than he anticipated, which pushed him to keep creating and led him into illustrating posters for his friends’ bands.

Then he went through a period of drawing things that were “unnecessarily grotesque and sometimes offensive.” Now, his work is less shocking and maybe a little less personal, but undoubtedly tighter than ever, as he knows exactly what he wants to say with each powerful and badass-looking female he features in his pieces.

Sean’s titillating characters, often complemented by slight aggression and some fancy weaponry, pull heavily from 1950s “Pulp” magazines, as he renders his illustrations in the color palette -pink, purple, blue and white –  that has made his work so overtly discernible. He’s experimented with various media such as graphite, watercolors, acrylic and digital drawings on a range of surfaces such as textiles, pins, walls and paper. His most recent creative endeavor, an upcoming exhibit where him and his girlfriend and fellow artist Maddy Young will be sharing some new sculpture work.

We’re stoked to have Sean as part of our forthcoming issue 08 out May 7th. Be sure to check back for details on pre-ordering the new issue and don’t miss out on our the rad shindig we’re throwing to celebrate another printed mag, which will be held at These Days in DTLA May 7th. 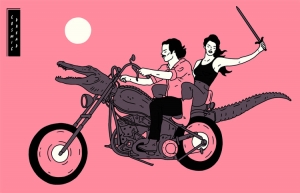 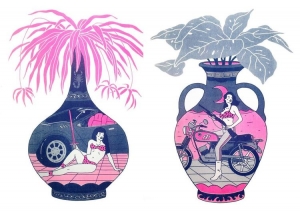 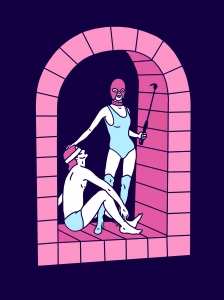 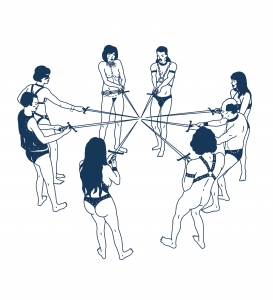 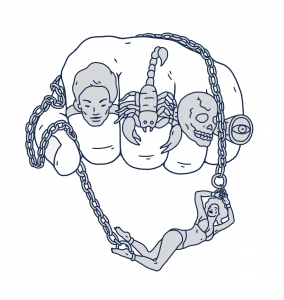 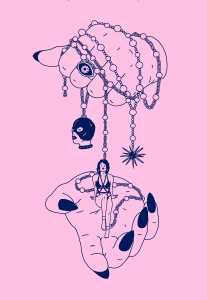