Troy Lovegates’ characters are as recognizable now as they were back in the mid-90s when he first began throwing up his work on the side of train cars. He made a name for himself under the moniker “OTHER,” evolving from the traditional signature and character-based style of graffiti writers before him, and allowing his moniker to take on a new form.

Over the years he’s become even more widely known for the massive murals he makes around the world, and the countless exhibitions and installations he’s fabricated. Now he’s opening a brand new solo exhibition, “Hinterland,” at Downtown Oakland’s Athen B. Gallery. Lovegates, who is currently based in Oakland, will be showing work that portrays his heavily-patterned and color-saturated works on canvas and paper, as well as in the form of wooden sculptures. Lovegates is a master of unification, using disparate elements, both aesthetically and materialistically, to create his unbelievably cohesive cast of characters found in his pieces. The figures in his work are sympathetically drawn from equal parts caricature and realistic observation.

Lovegates is constantly revising and adapting previous efforts, reintegrating them into current bodies of work that reflect the history of their making. He’s most recently started working with watercolors, which add a bright and unique color wash to his familiarly intertwined clumps of human subjects. Detailed and introspective, Lovegates’ works are emotive and focuses on the figure as the story.

Don’t miss the opening of “Hinterland” this Saturday, November 11th at Athen B. Gallery in Downtown Oakland. 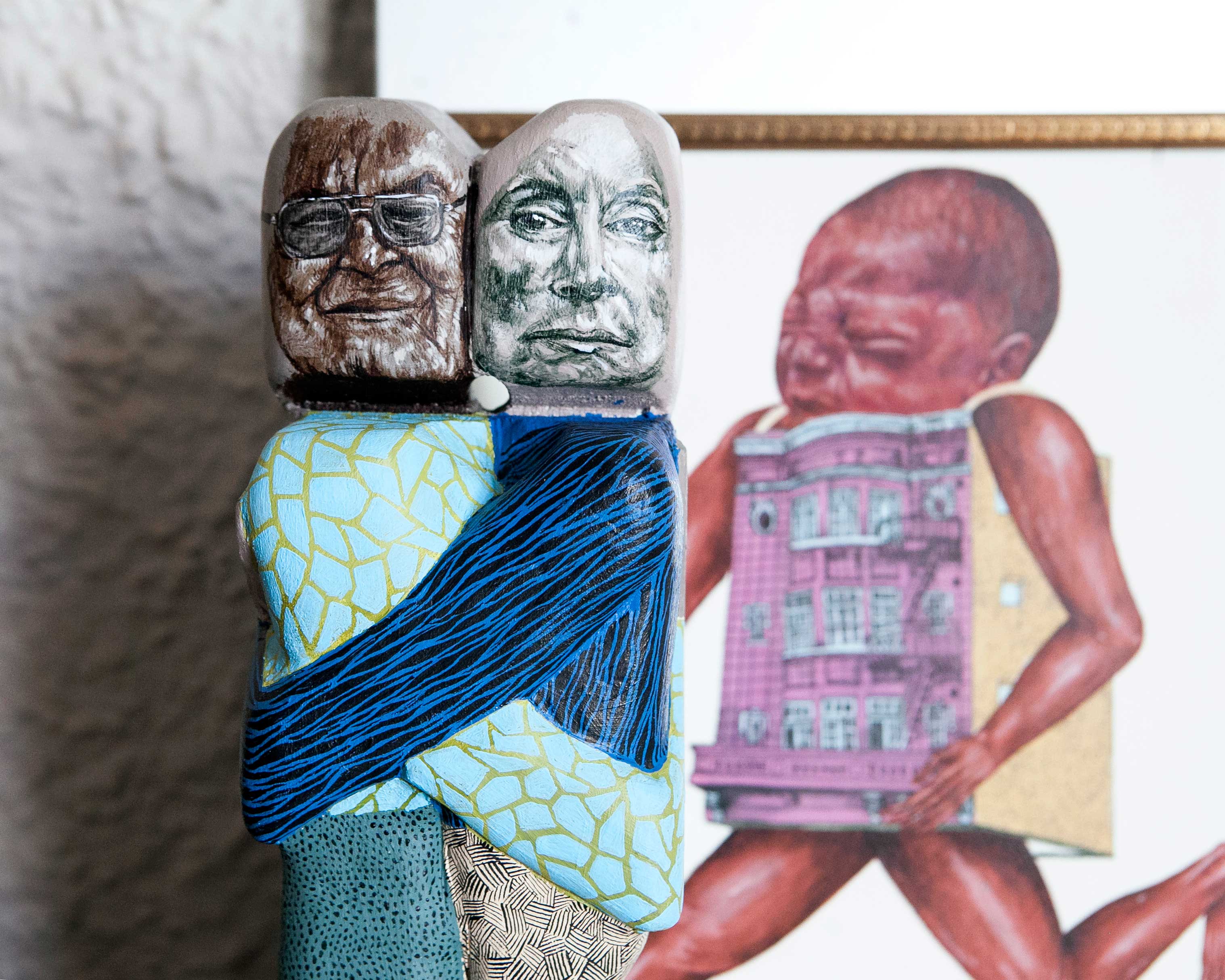 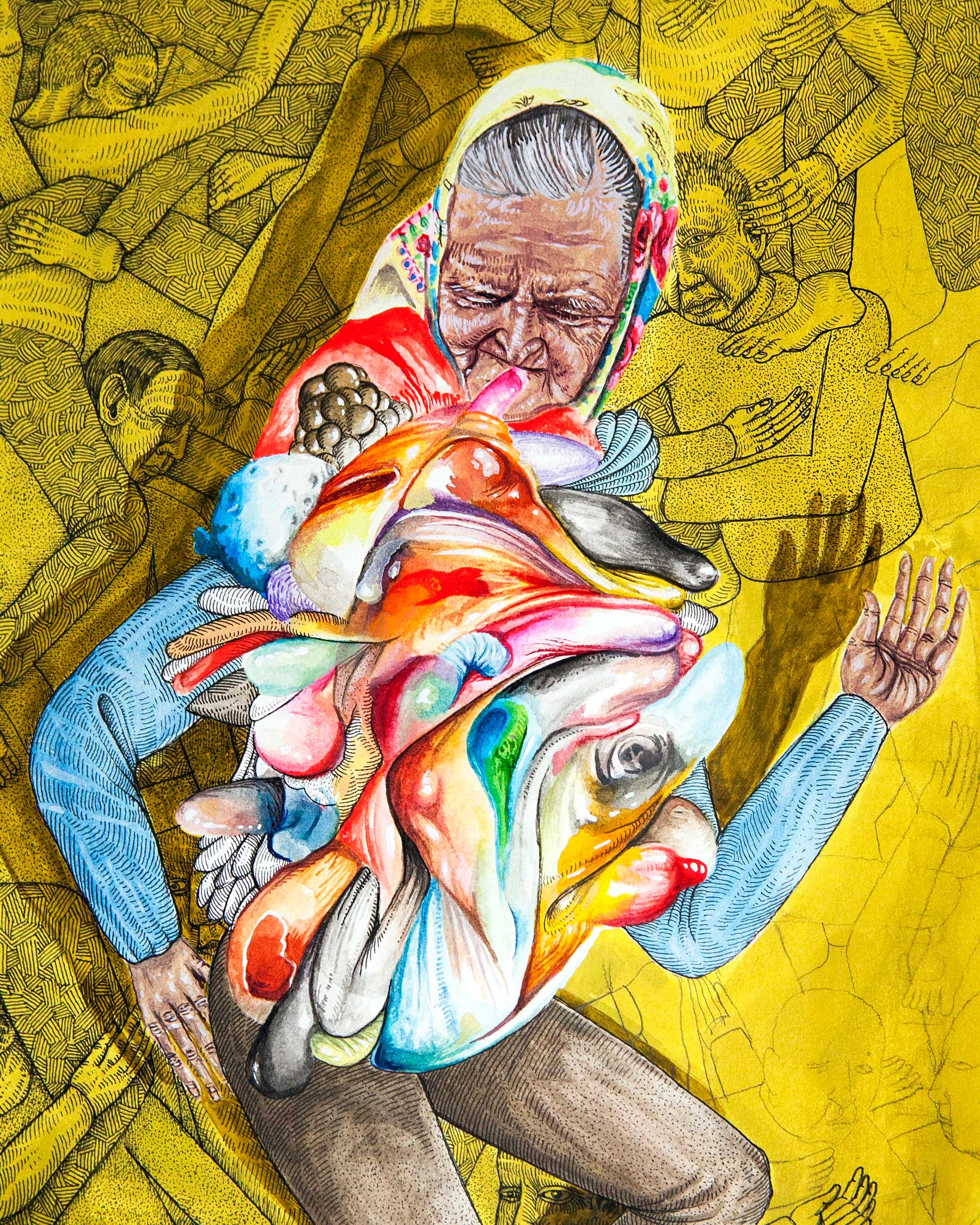 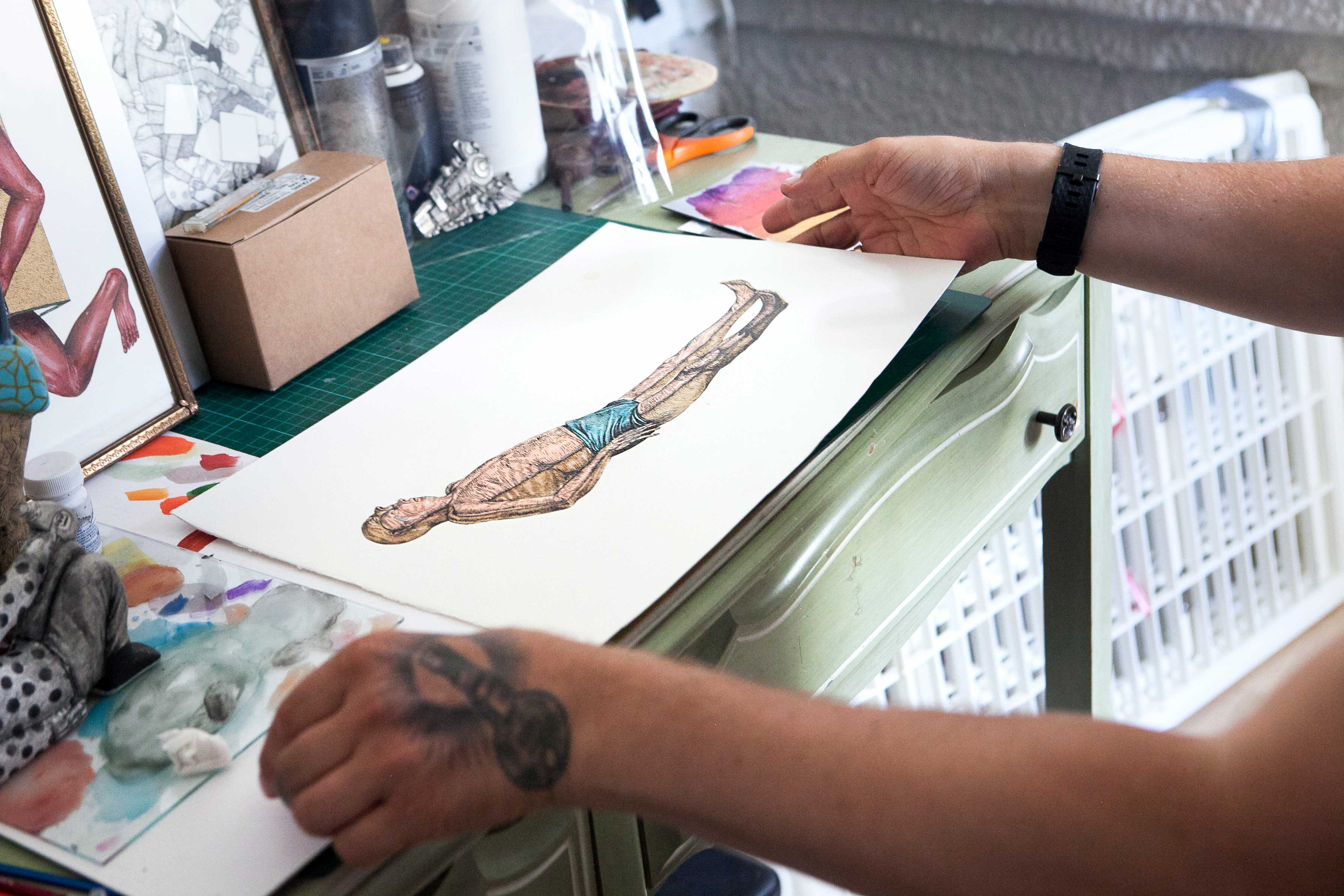 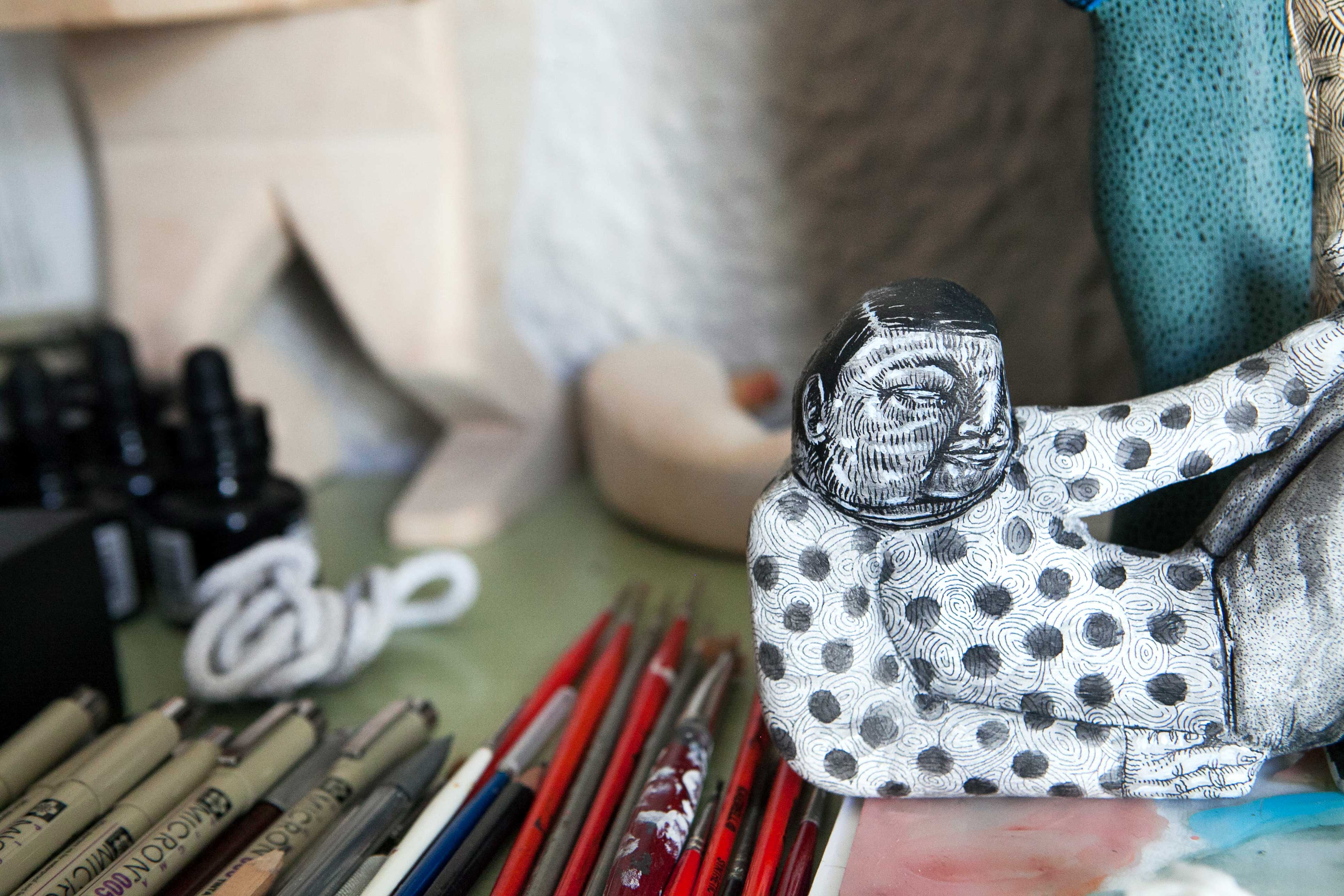 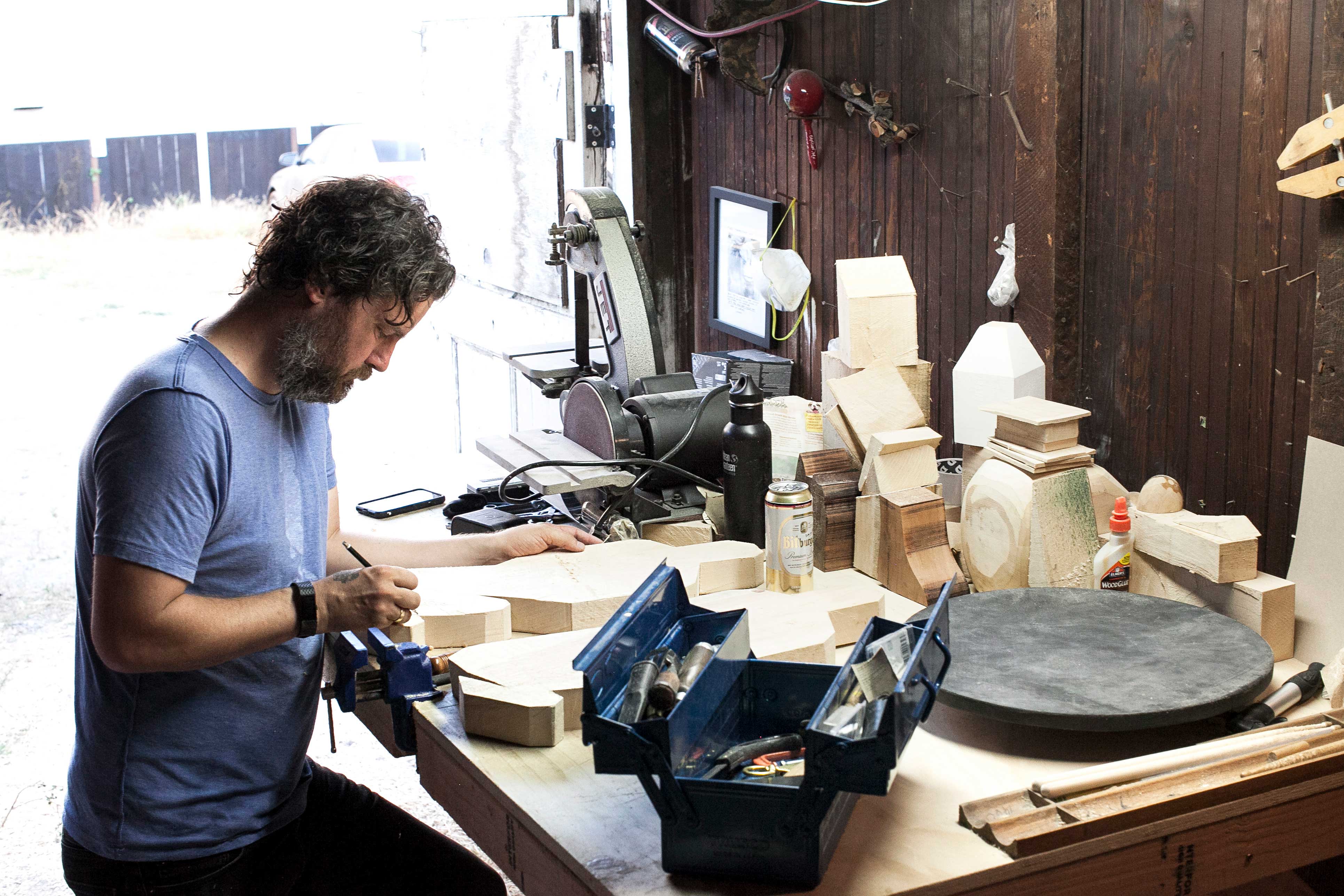 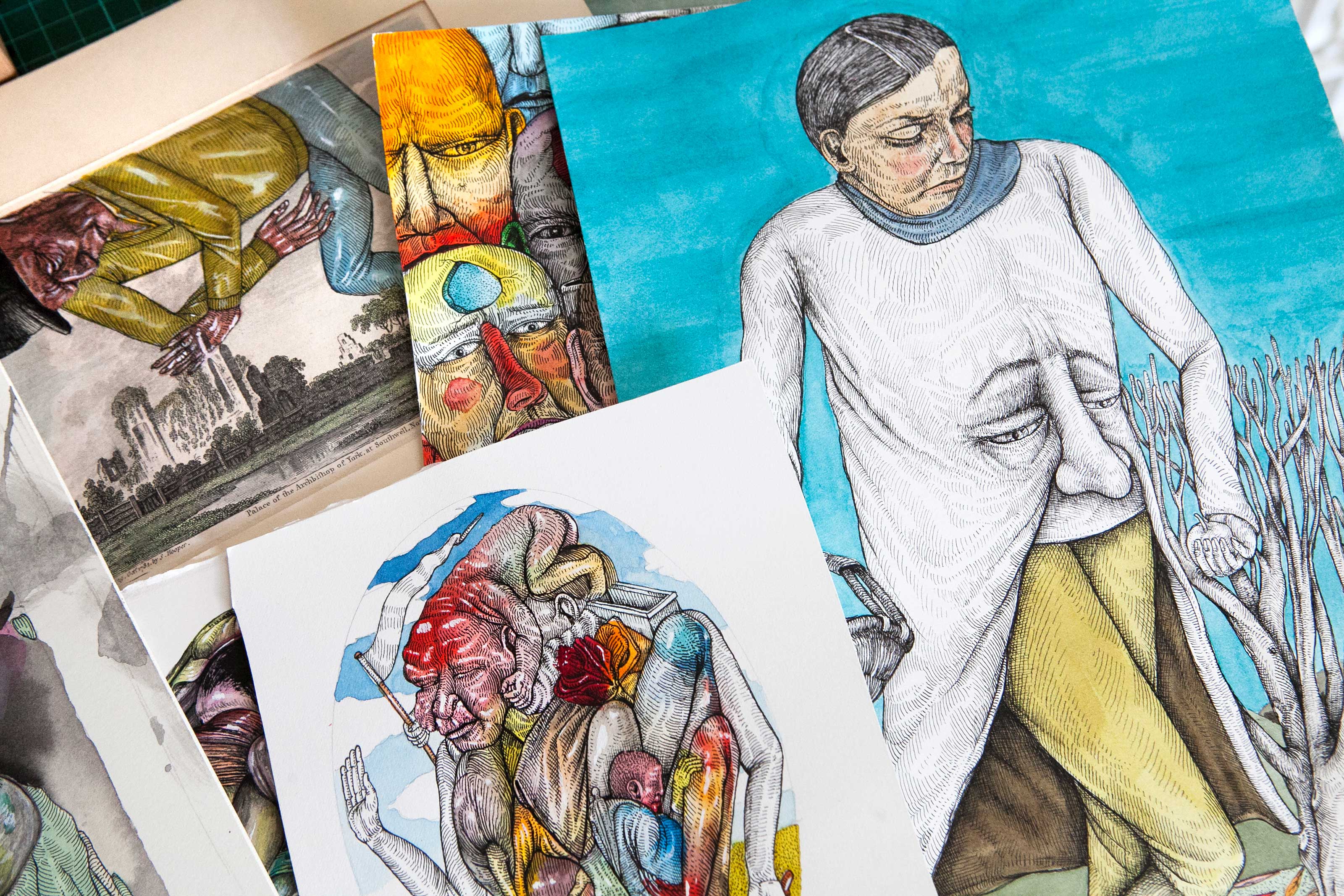