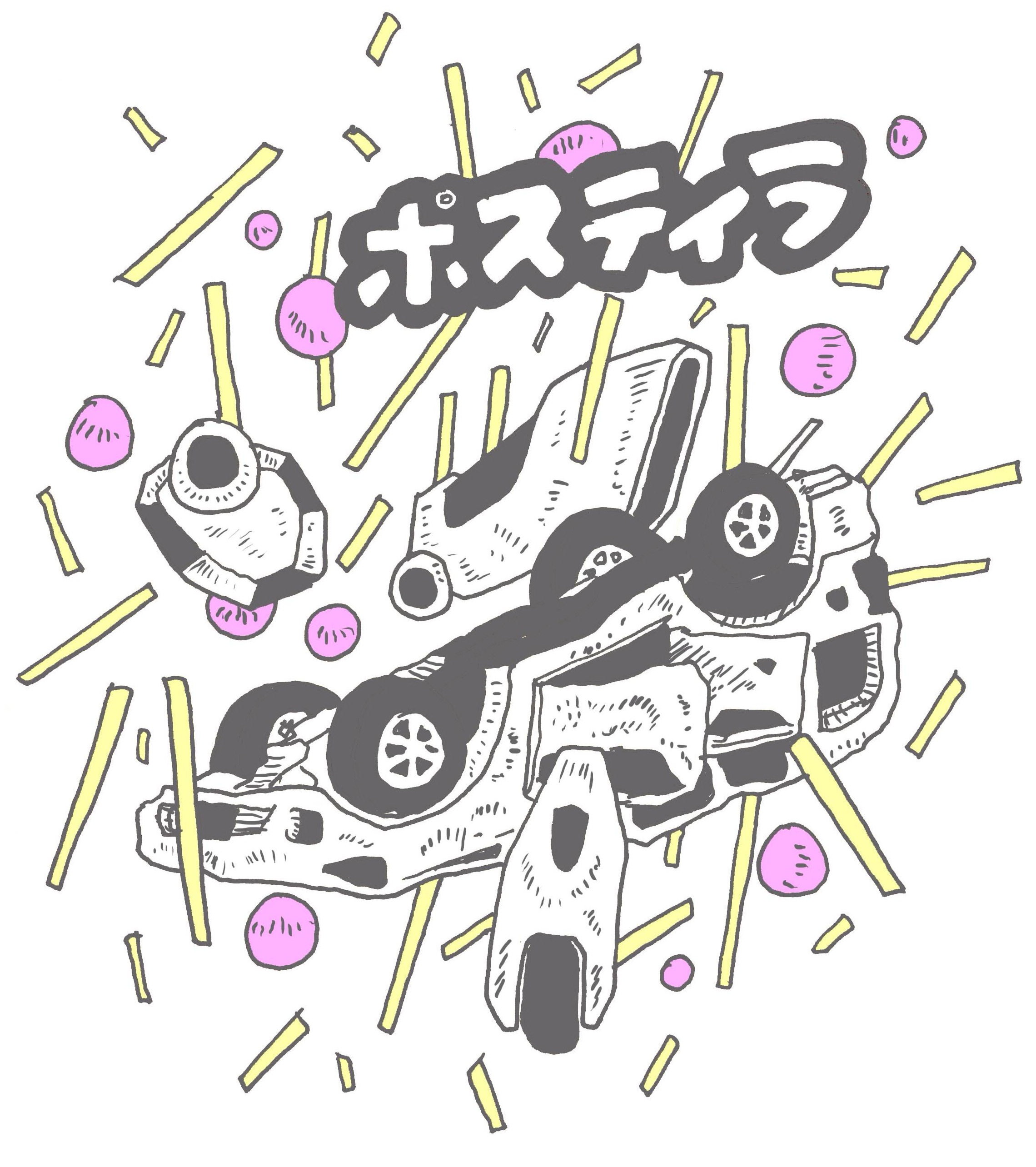 Harley Jones is an illustrator and street artist based in Melbourne, Australia. Part of the original wave of graffiti in his hometown of Dunedin, New Zealand, some nine or ten years ago, Jones translates his bold, vibrant style between wall and print, pumping fresh illustrations into the world through all available channels. Featuring characters like purple jacket-wearing dudes, flipped cars, and candy-colored hand lettering, Jones’ work is wild enough to weird out the square bears, yet wickedly clean.

He uses a healthy mix of traditional techniques to create slopped-up, vibrant, beautifully kinetic illustrations that simply drip with narrative power. Inspired by the lot of wildly talented artist friends he surrounds himself with and both his father (the man was an animator for the legendary Hanna-Barbera productions) and grandfather’s artistic work ethic, Jones combines cartoon-like imagery and sublime narratives that boast Jones’ authentic and off-beat color palettes.

Simple lettering and fresh textile patterns in pastel shades and squiggly lines, and the fantastical combinations of the two, make his pieces show like something from a theme park funhouse. Harley Jones ranks pretty damn highly in our little black book of lust-worthy illustrators. His creativity knows no bounds as his passions for the things he paints and draws stem from his roots in graffiti and his desire to bring a modern touch to the traditional styles associated with graff.

So, give us the Harley Jones spiel…. Who are you? Where are you from?

I’m a 23-year old illustrator and painter from New Zealand! I grew up in a small, cold town called Dunedin which is located at the bottom of the South Island. Despite it’s isolation from the rest of New Zealand, and terrible weather, a lot of my favorite bands and musicians have come from there.

It’s pretty obvious that you come from a graffiti background; how and when did you start hitting the streets?

My part in graffiti came from a visit to Auckland as a kid, and seeing the train lines painted in bright colors, but never getting time to catch what any of it was as the train sped past. At age 14 or so I started painting by myself a bit, and a couple of years later finally met some of the older guys in Dunedin who made up nearly the entire graff scene at the time. These guys taught me everything and are still great friends of mine.

Color palettes. Always bright, always fun. Where do you see and come up with these colors and how do you think they contribute to your pieces?

Yes! I love my pinks, pastel anythings, sparkles. I think it comes from being a huge cartoon fan. I love the whole look and aesthetic of Japanese anime and Manga too. I’ll often buy these Manga books purely for the cover image. These colors give my drawings an overall cute and non-confrontational feeling, though sometimes, actually most of the time, the subject will be a little darker and really personal. A bright pink car torn into pieces isn’t so scary you know?

You work at many different scales – small illustrations for shirts, bigger murals outdoors – whereas some artists like to stick to one size. Is that something you enjoy doing, or do you prefer one to the other?

Painting walls is really really fun. Depending on whether or not it’s legal you can usually spend a while, with or without a friend just jamming out. When I work on smaller acrylic paintings or something that I want to spend a week or more on, it’s more of like a therapy. Creating stuff specific to site and size is definitely more fun!

Yes at the moment I’m totally stuck wanting to produce textile type stuff; clothing or whatever. So when I’m drawing everything’s kinda broken up into little images which could be then put into a repeated pattern. As far as motifs that I commonly use there’s the symbol for sulfur, a symbol adopted by Satanists, which I like mostly because it looks cool. And hands, hands are great.

We are huge fans of funky typeface and hand-painted script lettering, and it seems like you incorporate a lot of varying and awesome lettering and scripts in your pieces. Have you always painted or illustrated weird and unique lettering? What do you love about hand lettering?

Yeah! I love hand lettered stuff. My passion for it would have definitely stemmed from being involved in graffiti, but not feeling associated as much with the traditional styles of those letters, you know? Now that there’s a resurgence of hand painted signs coming back, it’s a really inspiring time. Sometimes I want to go full time into sign painting, but I’m torn with having other projects unfinished. I think like any apprenticeship, it takes heaps of time and dedication.

A bright pink car torn into pieces isn’t so scary you know?

There’s a few different pieces that include this guy in a purple jacket. Is that you?

Haha yes I guess he is me, but a cooler kid who’s been beaten up a bit but he doesn’t care cause he’s got a sweet jacket and great hair. I like having a character to use if required. I’m working on a painting for a friend, of someone tying their shoes. And that will be that same purple jacket kid.

Oh my god great question! Well I do sometimes try and dress like a cartoon, pink jacket and pink shoes. I think if I could dress like a cartoon character it would either be Akira, or Bart. I was going to dress like Bart for the entire of last summer but I couldn’t find the right blue shorts. Maybe this year.

If you weren’t an artist, what would you be doing?

Hopefully a musician, I guess that doesn’t count but I was playing in bands up until moving here to Melbourne and I really miss it. But creative pursuits aside, id love to own a restaurant // bar // venue or something fun like that.

What’s been inspiring you recently?

Metropolis Bookstore in Melbourne! And my super talented artist friends, they know who they are. I recently drew a print for my friend’s label BOBKIE and the work he is making has been really inspiring as well.

Tell us about the recent work you’ve been doing at the Rooftop Art Space?

Well I work at rooftop bar, a bar/cinema located in the centre of Melbourne city. And was recently approached to take over the curation and direction of our art space up there. My friend Carlotta is helping me with this and although this year has been fully booked up, if anyone is interested in showing work please send us an email at rooftopartspace@gmail.com.

For more from Harley Jones check out his Instagram. 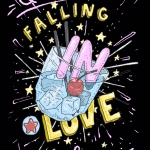 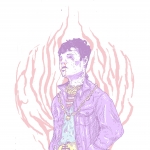 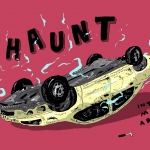 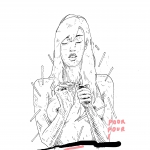 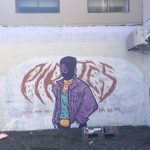 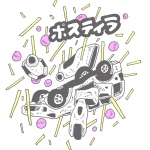 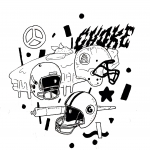 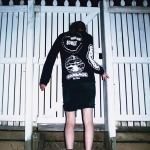