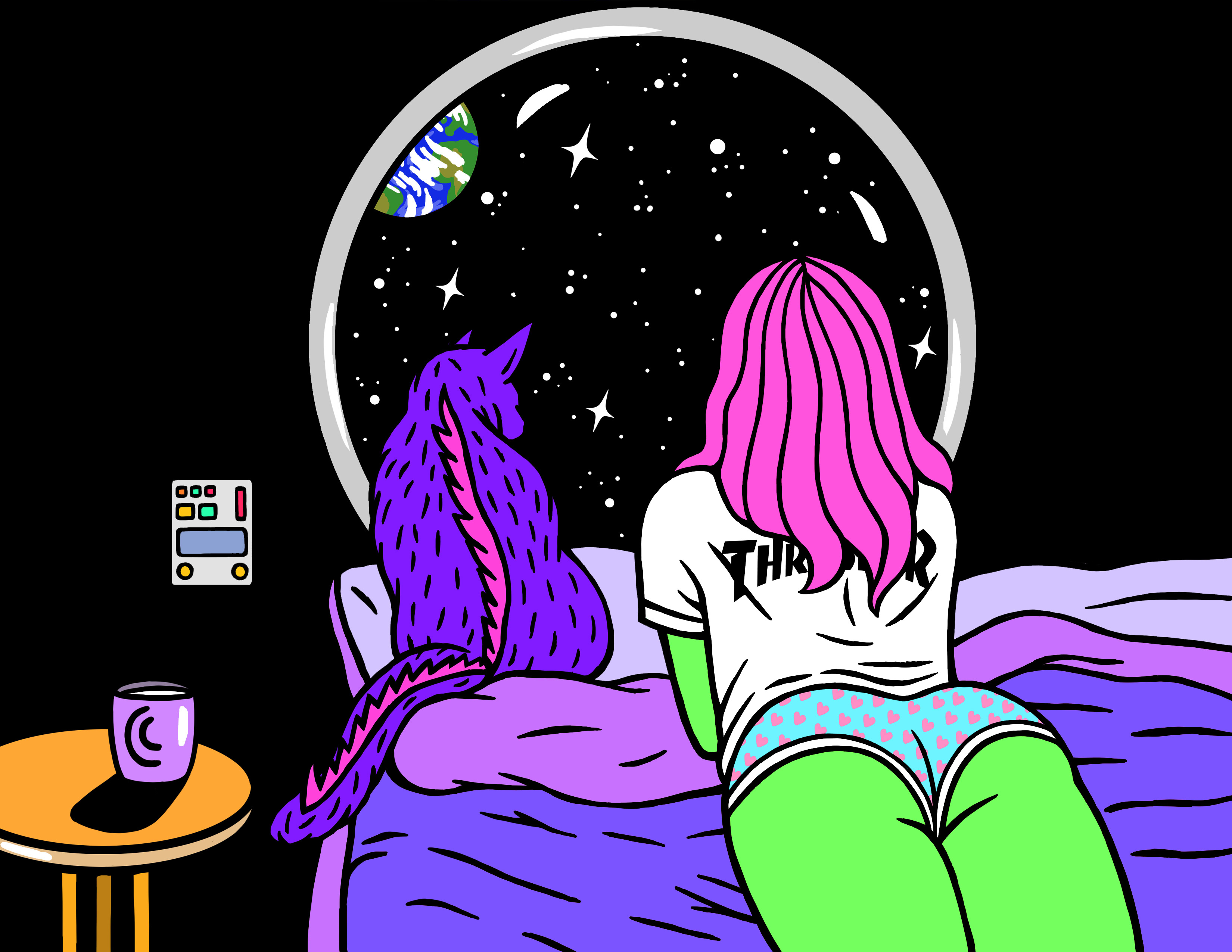 Sex, drugs, and Star Trek. These are just some of the cosmic undertones that permeate throughout Robin Eisenberg’s artwork. From nude three-eyed aliens scarfing pizza, to vibrant animated GIFs of your favorite musicians, Eisenberg brings all of your intergalactic fantasies to life through bright colors, playful graphics, and intricate sketches.

While focusing on the endless ambiguity of outer space may be wildly overwhelming for most, Eisenberg relishes in the strange and unexplored, bringing a comedic, even flirtatious attitude towards capturing the unknown.

“I’ve always been in awe and in love with outer space, at least, my imaginings of it,” Eisenberg says. “The fact that our relatively tiny planet is sitting in the middle of this endless expanse of space is just really cool to me, and will be forever a source of wonder and curiosity.”

Eisenberg’s illustrations are not only lighthearted in nature and unique in detail, but they are also almost entirely female-focused, complete with busty pink martians, technicolored moto-babes and pretty much anything in-between.

“I tend to be more inspired and motivated by women, so I think that’s definitely plays a part into my work’s subject matter. When I want to evoke a feeling I’m having I always focus on a female character,” Eisenberg says. “I also think I draw strong, rad women in the hopes that it will encourage me, and maybe other people who see my art, to be more like that.”

On any given day you can find Eisenberg with her head in outer space and her feet on planet Earth with pen or her tablet in hand, drawing up the next cosmic masterpiece for us earthlings to view and enjoy. We’re so thrilled to have had Robin design the cover for our upcoming tenth printed issue, which you can preorder now here, and where you can read our full feature on the LA-based artist when it comes out March 11th. 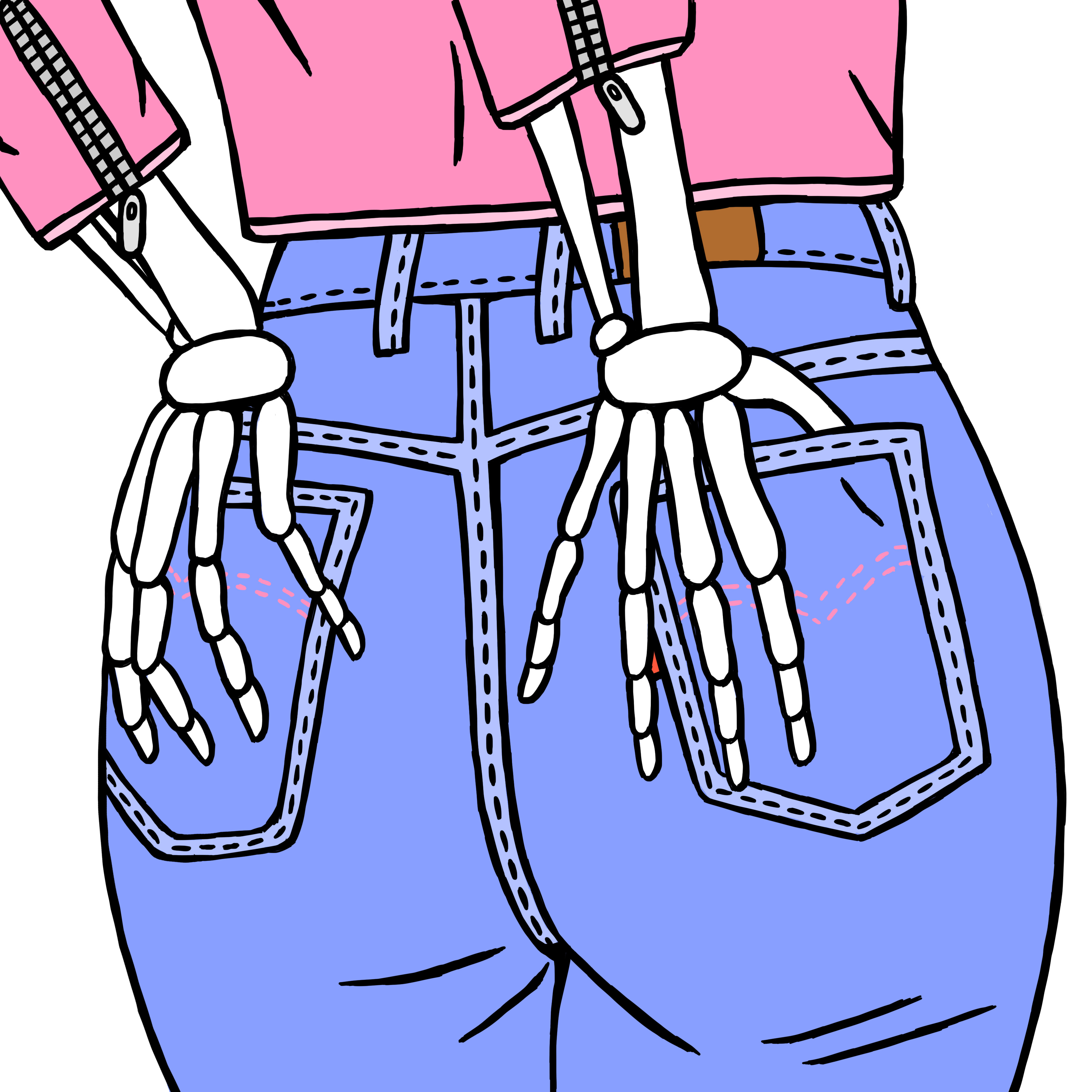 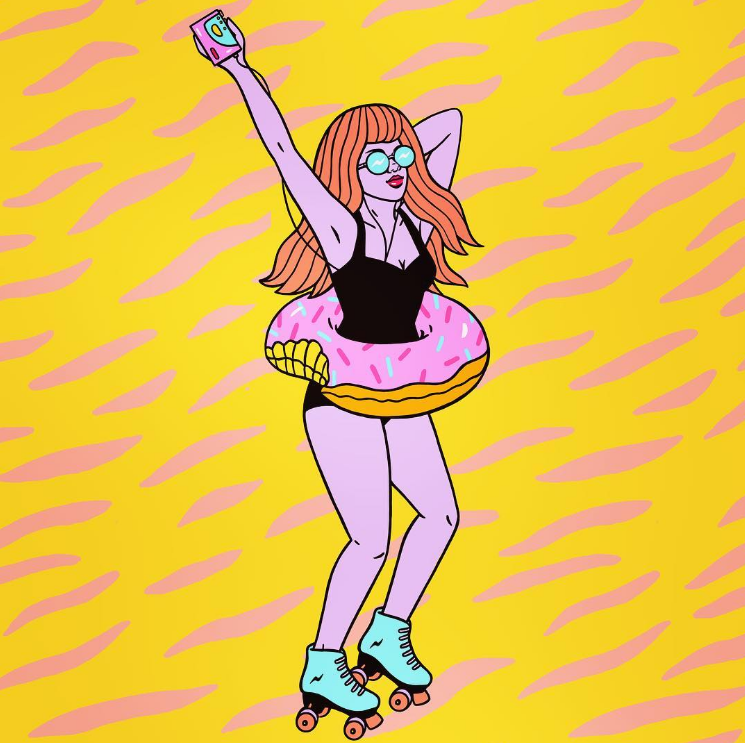 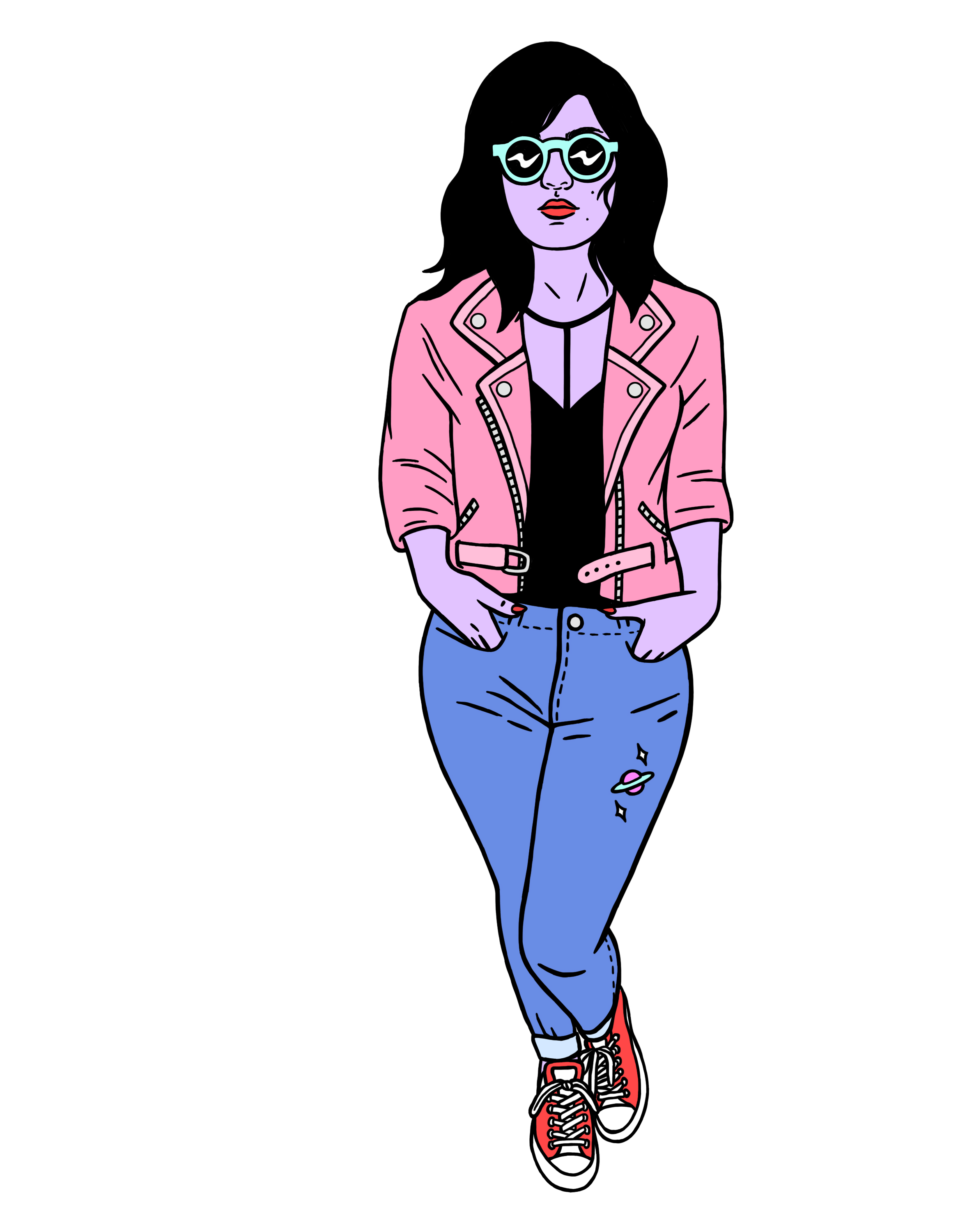 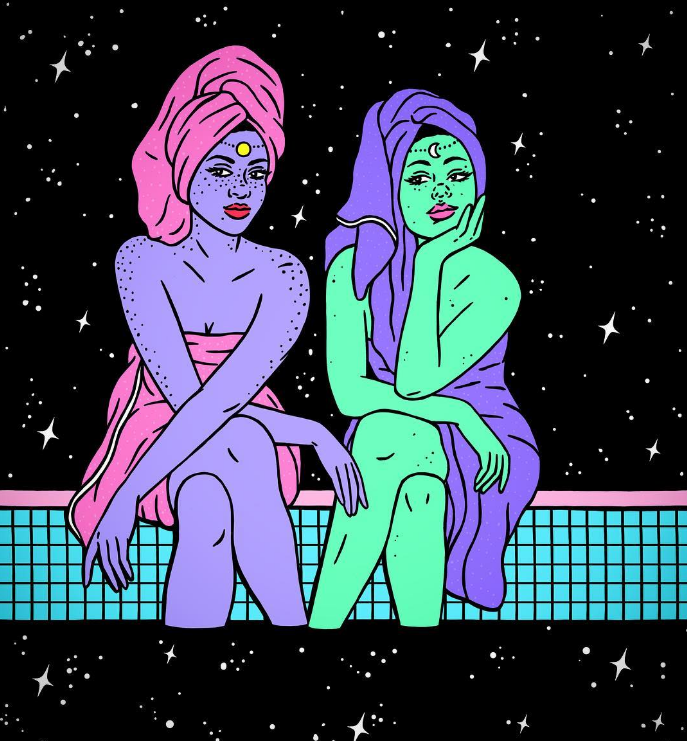 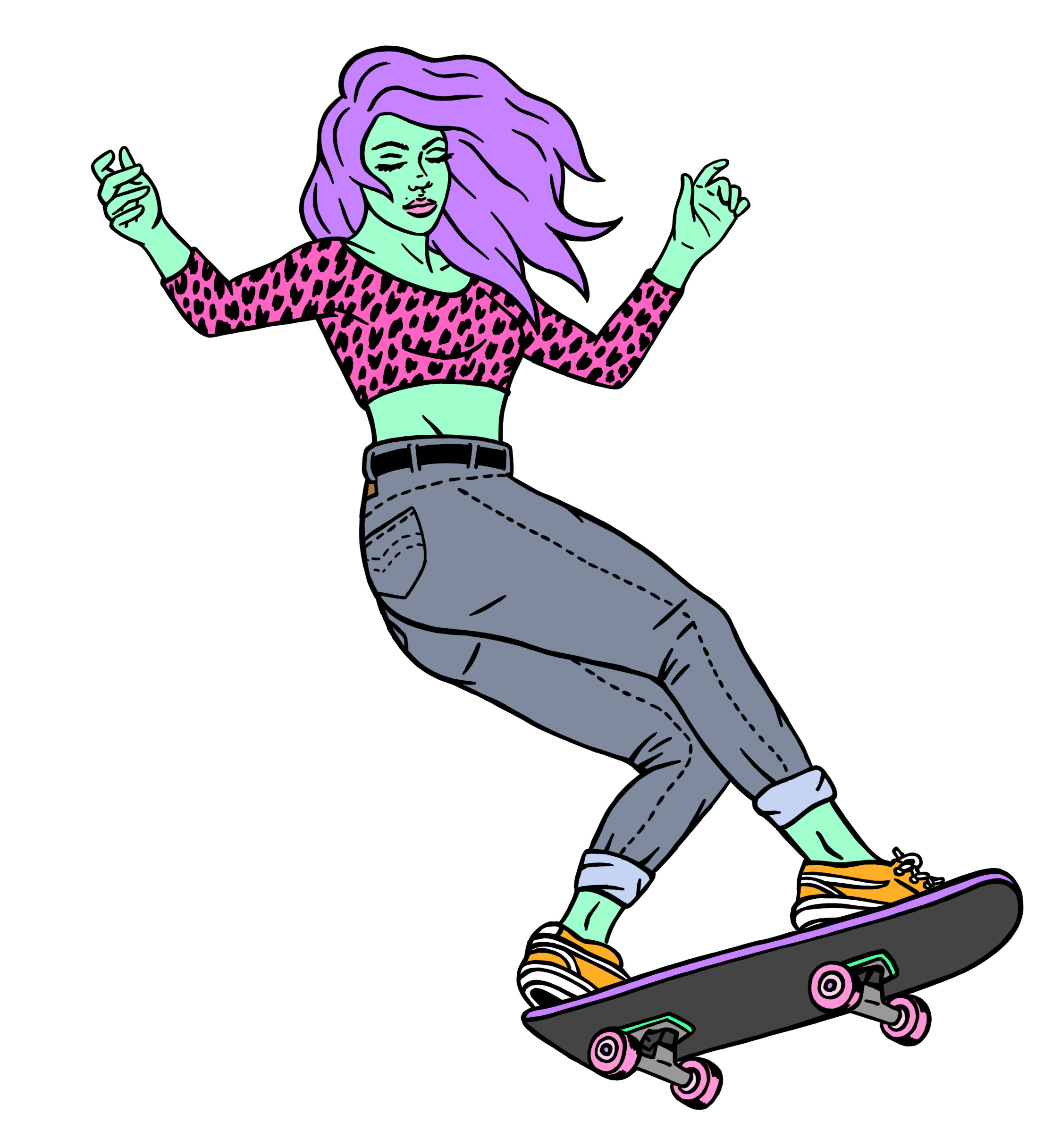 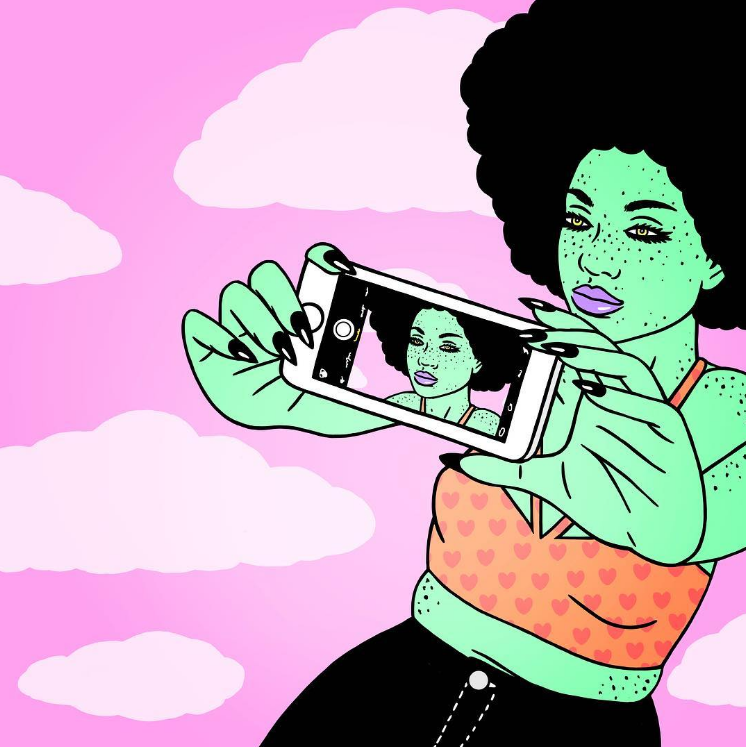 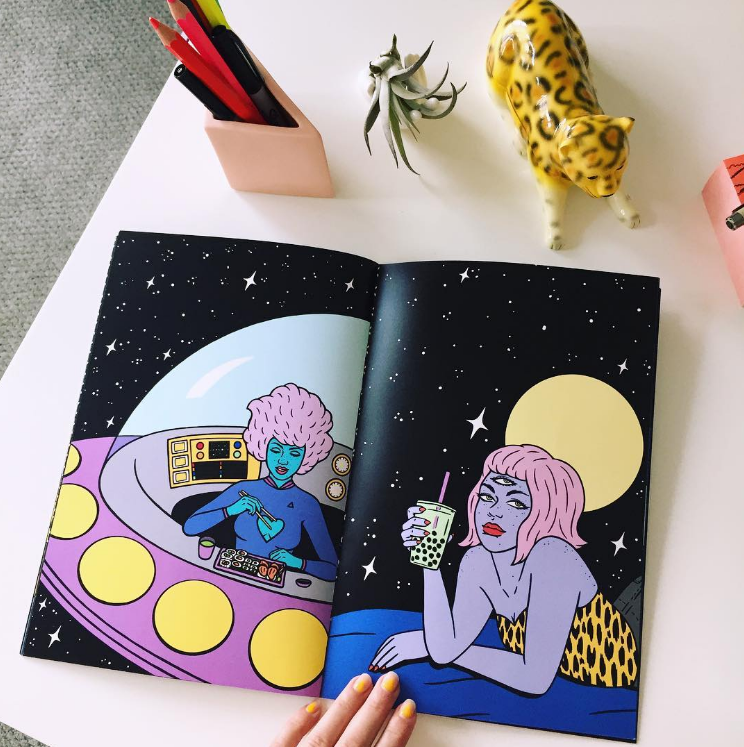