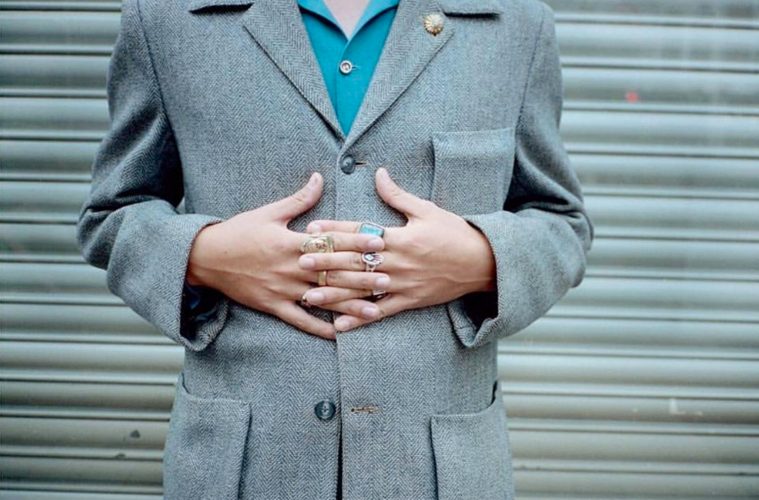 Dakota Lee Böttcher is the owner and founder of Tarantula Vintage — an exciting new fashion company based in Los Angeles. One of the most compelling aspects of Tarantula is that Böttcher isn’t just drawn aesthetically to the clothing and accessories he sells on it’s website, but also he truly understands the culture and the context of the time periods of the clothing and styles he’s obsessed with — namely the 1940’s through 1960’s — adding a story and legitimacy to the brand. Böttcher is a Los Angeles native, and the influence of LA can be seen clearly in his aesthetic.

Böttcher is also a member of the cool and similarly nostalgic rock band, The Buttertones, who feature a similarly timeless style. I sat down with Dakota to talk about all things fashion, music, and growing up in Los Angeles.

Hey Dakota – thanks so much for sitting down to do this interview! I’d love to first ask what inspired the name of your store, Tarantula Vintage?

A song by Jody Reynolds, recorded out in Hollywood in 1959.

When I was a teenage punk, sewing my own clothes, studding and painting my jackets, etc. It was pretty easy to fall in love with that sort of hands-on creativity at that age.

Who are some people, or what are some decades, you look back on for inspiration?

To name a few, Elvis, David Bowie, Paul Simon. Any decade from the 20th century can spark my interest to be honest, they’re all so unique and iconic. The 1960s is probably my favorite, just because you see so many trends and subcultures emerged and died out of those ten years. 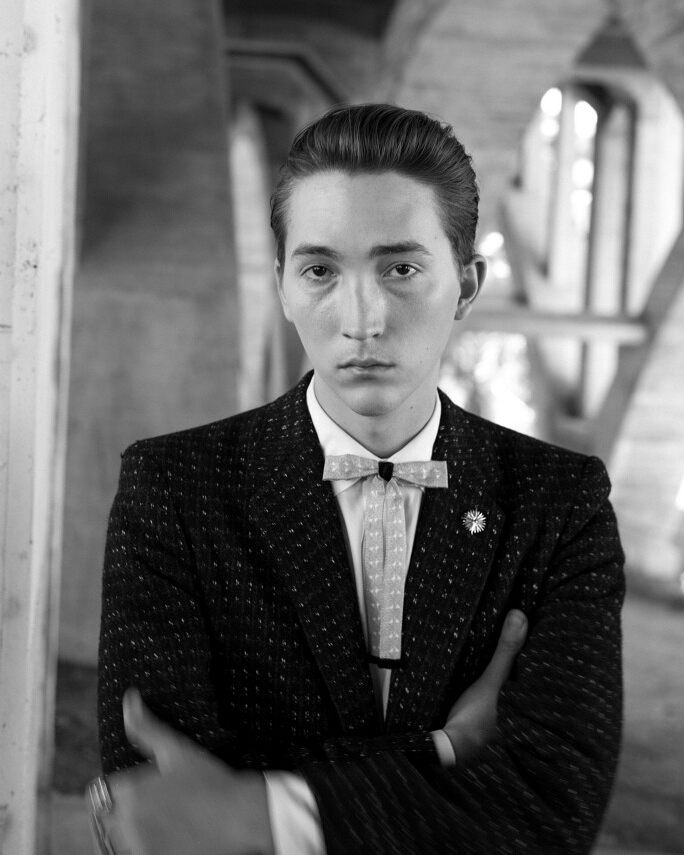 Your aesthetic seems to be very retro and nostalgic — what are your thoughts on current popular fashion?

I am pretty obsessed with the 1940s thru 1960s, be it fashion, music, cars, or architecture. Not so much the old culture, or “the way things were”, I just love the art that was created out of those times. It always drew me in.

It is easy to get frustrated with the fact that 99% of most current fashion doesn’t include the cuts and shapes from certain decades that I prefer. The 1940s thru 1960s just so happen to be when all of this was at it’s height, so I have a pretty particular knowledge of those decades in fashion. That being said, this is a very progressive time for fashion, I won’t pretend it isn’t, although most of it just doesn’t excite me. I’ve worked with tons of brands over the years, and there’s no disrespect, I just have a vision for my own clothing. Maybe I’m the boring one, but I want to provide clothes that appeal to people with a similar taste to mine.

I particularly love the sunglasses on Tarantula — can you tell me a bit about those?

I source Deadstock (preferably) frames, spanning from the 1950s to the 1960s, and get new lenses cut and dyed for each pair. That way you have a great set of real one-of-a-kind sunglasses. Nobody can stop you on the street and say they have the same pair as you. I swear almost all of my friends have a set now, it’s fun to kit everybody out. They always get compliments.

You’re also a member of the popular rock band The Buttertones — how do you think your fashion and music intersect?

Music is another creative outlet, and a lot of it comes from the same inspiration. The band has an aesthetic, I have an aesthetic, and it all of course tends to line up with each other. I love the idea of bringing forgotten ideas back to everybody’s attention, carrying the torch so to speak. If we don’t, who will? You don’t want everything to be just history. 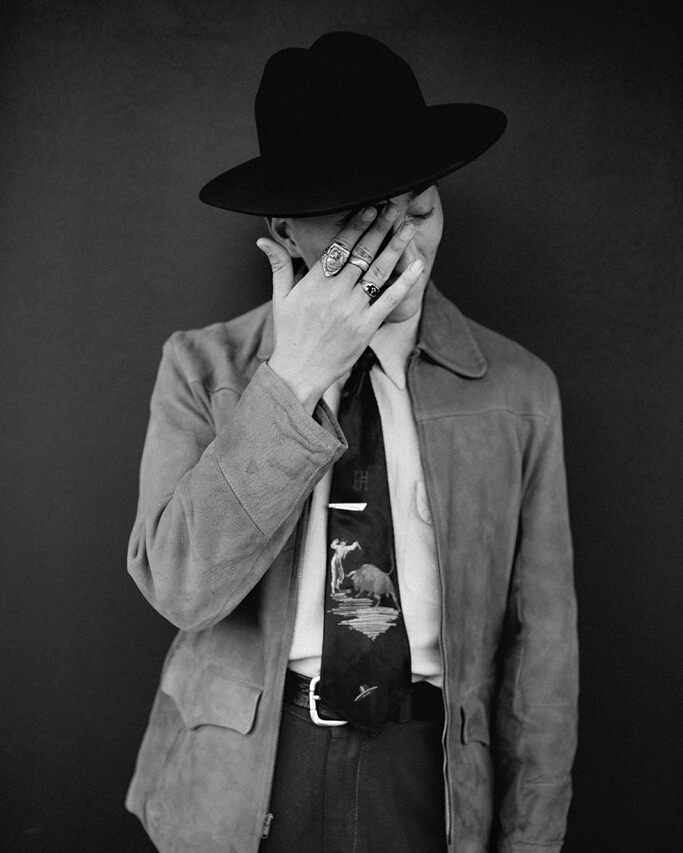 Tarantula is based in LA — do you think Los Angeles has a big influence on you artistically?

Absolutely. I was born and raised here, and that has done the world for me. Los Angeles has always gone in and out of being the mecca for fashion, music, and culture. That gives you all the tools you need to express yourself. Being around and working with so many inspiring people just encourages you to do something that inspires yourself.

What are some of your favorite brands?

First and foremost, my great friend J.C. De Luna, “Barrio Dandy”. He inspires the hell out of me, and does the best vintage styling that I know. Check him out if you haven’t. “706 Union” out of Japan is doing some real cool stuff right now. I’ve been following them for a while now. Hayabusa Vintage in Japan also just made an incredible batch of Sukajan jackets that blew my mind. Thomas Farthing in London is also amazing, really next level suits he’s making. Monsivais & Co. makes incredible hats out of Highland Park, as does Wellema Hat Co. in Altadena.

Would you ever be interested in opening up a storefront for Tarantula — and if so, in what part of town?

Absolutely. That’s such a dream at the moment that I couldn’t even imagine where to begin. Ask that again in a year!

You currently only sell menswear on the site — do you think you would ever be interested in expanding to women’s clothing?

I have a bunch of women’s clothing that simply hasn’t been put up yet. Currently I’m focusing on what I’ve always known best, which is menswear. That being said, much of what I sell really is unisex. That’s another point from the era that I love, is that many of the clothes simply suit any gender perfectly. I buy lots of boy’s clothes from the era for my girlfriend Hannah, and they look killer on her. Same goes for the sunglasses.

What’s next for Tarantula?

Creation. Like I said, I have a vision, and vintage doesn’t last forever. It’s in the early stages, but the gears are turning. Thank you! 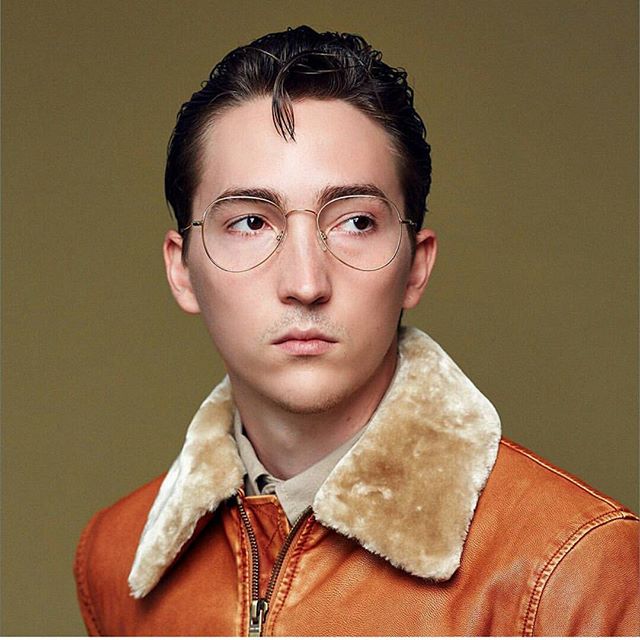