Teague Muir: An Artist Carving Out His Own Path

If you grew up in Los Angeles in the 90s, it’s likely you either grew up surfing or skating. Whether you were raised near the beach, in the city, or the suburbs, surfing and skateboarding probably had a hand in raising you. For my friend Teague Muir, he was born right into it.

The first time I met Teague was at the old Insight store in Venice. Teague was working as a graphic designer under friend and then Art Director, Mirko Antich. Mirko invited my ex to set up a video installation in the two front windows of the store, so I went to help out. One of the TVs we picked up earlier from Goodwill broke mid-install; we chucked it outside the store, and within a few minutes, Teague showed up. He came over, introduced himself, but eventually made eyes with the TV. He rallied all the dudes together and spent a good portion of the afternoon grinding the hell out of that TV!

Although I’m definitely one of those bona fide shred-or-die, self-proclaimed ramp tramps that can hang at the skatepark for hours, Teague’s fearlessness, defiance, and sk8er boi image bored me; but something about him told me to give him a shot, see beyond the persona, and really get to know him. 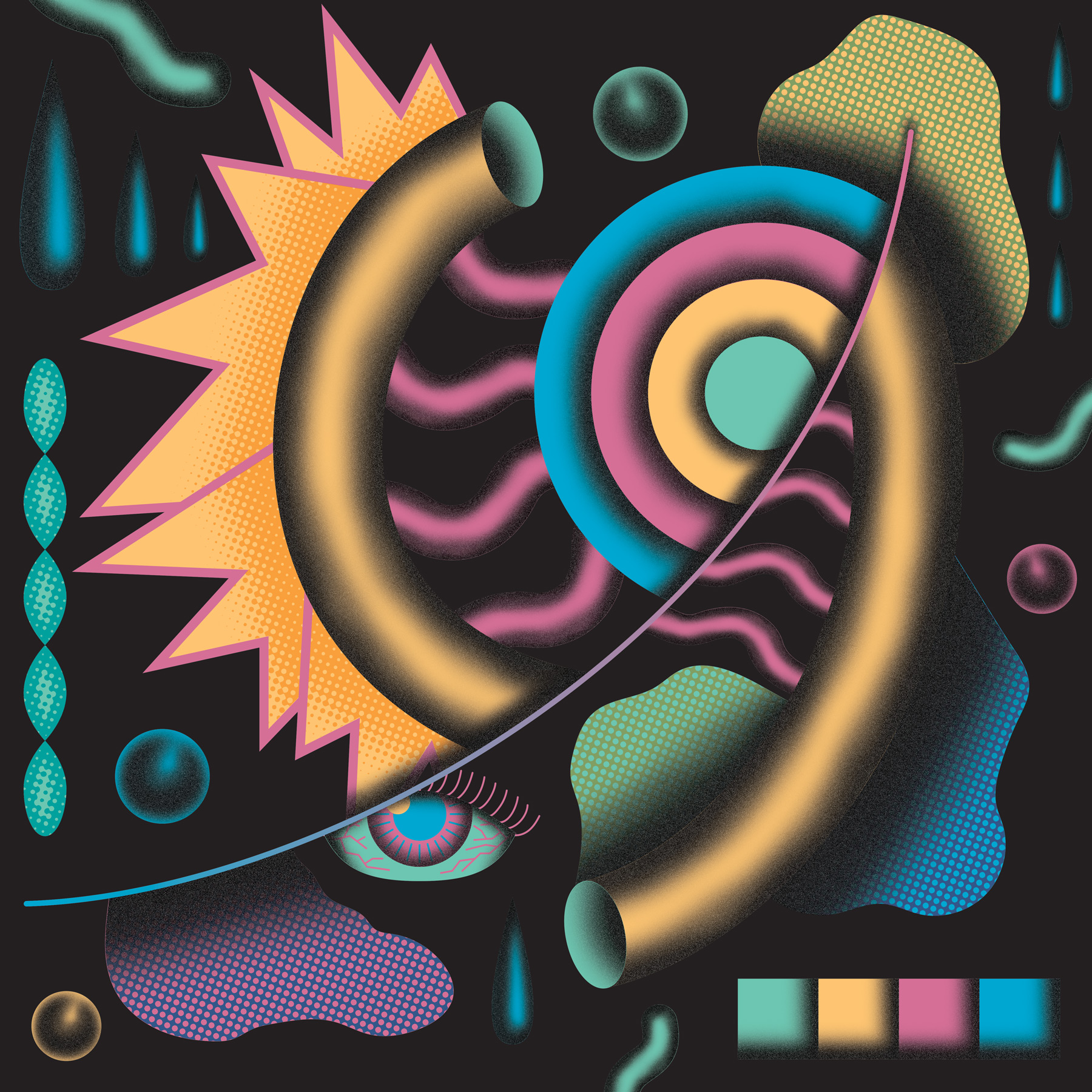 Shortly after we met, Teague managed to defy all my preconceived notions of him by making an effort to reach out and stay connected. One night at an Innocnts show in downtown Los Angeles, I remember saying to Teague, “Hey dude, I know you act like you don’t give a shit, but I know you do.” I heard the words spill out of my mouth and thought, “Damn there goes my friendship with Teague.” But he smiled, looked at me and said, “Damn, I guess you’re right.” Our friendship only grew from there. Why? Because that’s the kind of guy that Teague is. He’s transparent. No ego, no attitude, and no bullshit.

“What you said made me uncomfortable, but I really needed to hear it. I’m uncomfortable in a lot of situations, but when we first met, you made me feel super comfortable right off the bat,” says Teague. “I think at that time in my life I was definitely putting up a front. I probably still do. I’m kind of shy and it takes me time to open up. I like to think I’m a good person and a nice guy, but I can see how someone meeting me for the first time would think otherwise. I definitely don’t want to lead people on, be a dick, and never talk to them again. A lot of artists are so withdrawn; I don’t want to seem that way. But honestly, you know me—I just really hate small talk.”

Born and raised in Venice, California, Teague grew up surfing and street skating. As the son of Jim Muir, legendary skateboarder and founding member of Zephyr Surf Shop and skate team, the Z-Boys, and nephew of Mike Muir, lead vocalist for Suicidal Tendencies, Teague’s childhood involved cruising around on boards, with or without wheels, swimming in the ocean, landing new tricks and drawing. Although Teague grew up with the pressure of living up to his father’s reputation as one of Venice’s OG skaters, he’s managed to create his own style in the water, on the concrete, and in the studio. 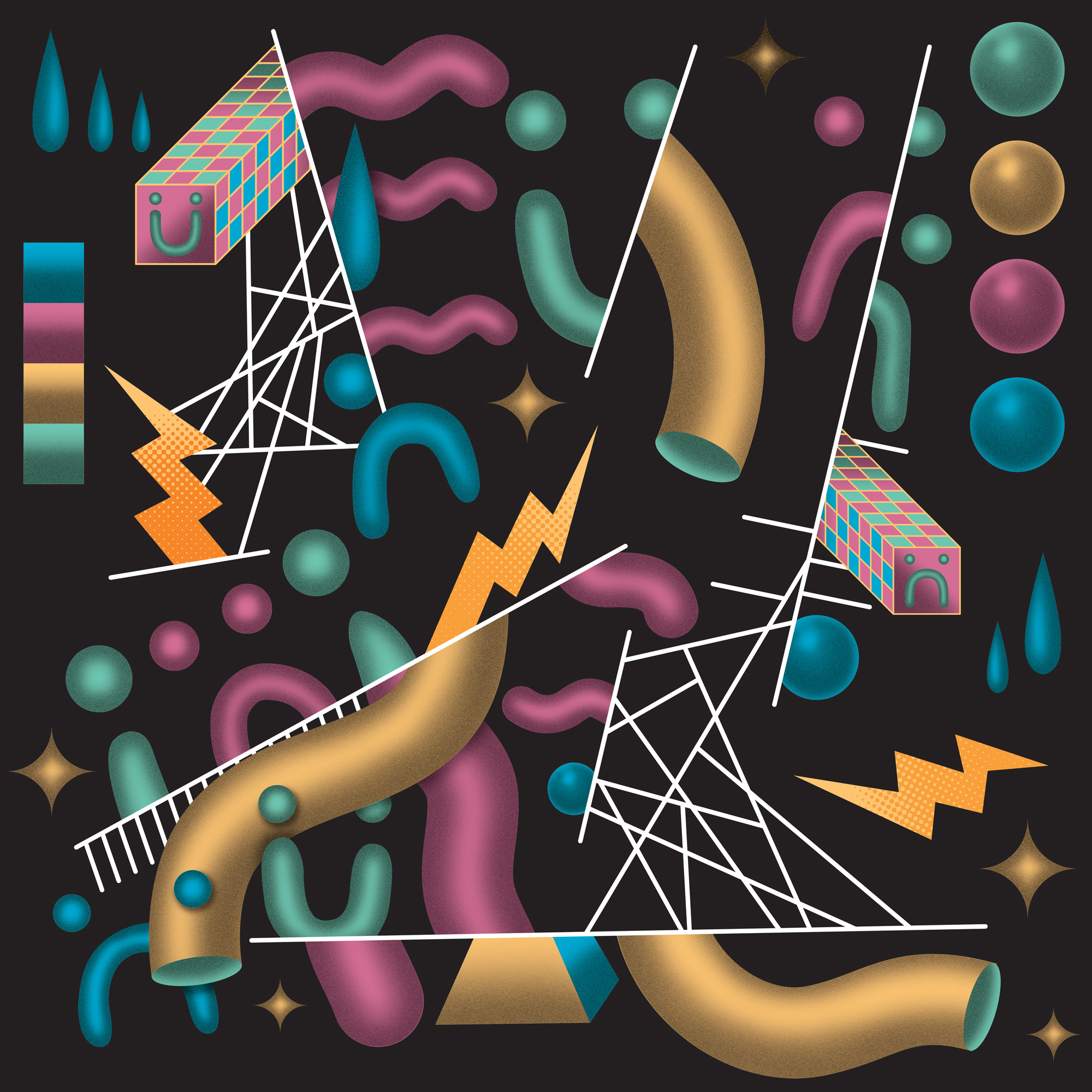 “It sounds so weird to say it because I never talk about this shit, but yeah my dad is Jim Muir. Most people know already, but it’s weird when people I meet don’t know, and I don’t ever bring it up. They find out eventually, but I guess I’d rather them not base their first impression of me, on who my father is,” admits Teague. “My dad is really cool; I look up to him because he’s taught me everything I know about skating and surfing. He’s lived in Venice his whole life. He still lives here. He still surfs the pier every day. He doesn’t really skate so much anymore. He’s still doing the same shit he’s been doing his whole life.”

Venice has always been a community where industry, poverty, and creativity find a way to coexist. Over the last decade, Venice has experienced a wave of gentrification unlike any other area in Los Angeles. Industrial warehouses have transformed into luxury condos, local shops and liquor stores have converted into some of LA’s most expensive and shabby-chic restaurants. Venice has experienced a significant shift, but locals like Teague have fought to stay in the area and continue to maintain that Venice Beach lifestyle.

“When my Dad was coming up, Venice was a pretty shitty town,” says Teague. “My dad lived with people doing drugs, his friends were doing drugs; it was kind of a wild place. No real policing, and a lot of gang violence. When I was growing up, it was still sketchy, you know, skating through Oakwood Park. It’s obviously changed a lot with tech companies moving in and kicking the locals out; the development of Abbott Kinney.” 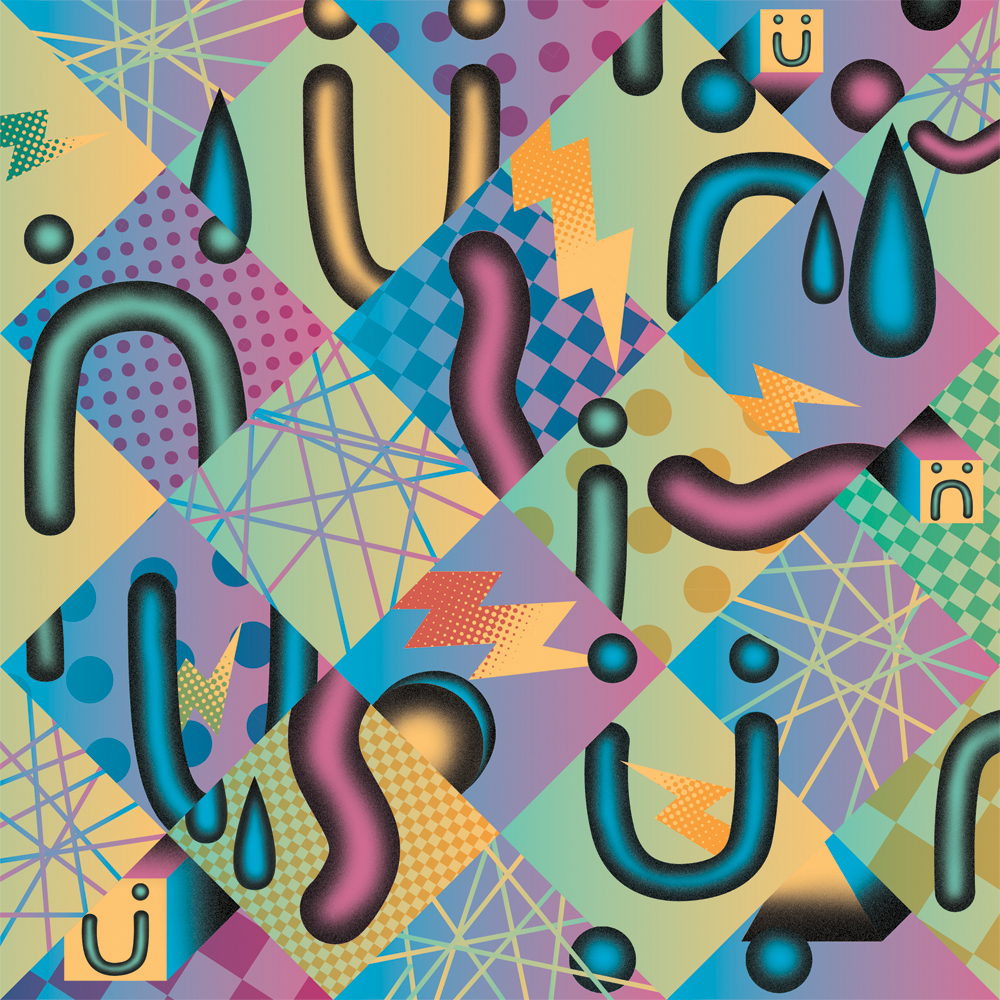 After graduating from CSU Channel Islands, Teague started working at Insight, thanks to his Dad’s friend Greg Morena. “Mirko started working at Insight shortly after I was hired, and that’s when I started designing t-shirts, tech packs and pretty much everything else,” says Teague. “In college, I took a lot of marketing classes and thought maybe I’d eventually take over my dad’s business. It’s a great background to have, but I eventually got bored and started taking some drawing, painting, and design classes. I learned a lot from Mirko. He has a crazy mind as far as life, art, and design go. After Insight went under, Mirko introduced me to my current boss Dave Gitlin. Dave was looking for someone to design skateboards with him at Globe. I’ve been there since last February.”

Over the last couple years, I’ve seen Teague’s work grow from a hobby to a paycheck, to a fully formed creative practice. A 90s Kandinsky, Teague’s 80s-inspired digital illustrations reference both abstraction and digital media, as colliding forms and shapes move across the digital canvas, using color gradients to deepen the flatness of the medium. Teague uses repetition, symmetry, and patterns to inspire his compositions, but unlike Kandinsky, his work isn’t a look at his inner world but rather his outer world. “You know what’s funny, I do all my sketches on Post-it notes while I’m at work. Our office has a bunch of mid-century furniture, plants all around and exposed pipes and shit. The air ducts in the ceiling, the plants and the furniture definitely inspire my work.”

“Lately, I’ve been making mostly digital work because I don’t have enough room at my place to set up a studio and spread out. I’m working on a couple smaller paintings that I haven’t fully figured out yet. Right now, my paintings are just close-ups of my digital work. I want to start painting more. I’m moving out of my apartment and moving into a studio apartment above my Dad’s house. I’ll be saving money and I’ll have a place to paint, which is awesome. And then, ideally, within six months, I want to move to New York.”

Teague doesn’t claim he’s the best surfer, the best skater, or the best artist, but he manages to stay consistent and committed to all his interests, giving each discipline a shit ton of tender loving care. “Sometimes I start something and forget about it, or give up on it, but I just need to keep working, stay on it, and not back down,” says Teague. As the future of our friendship and our careers unfold, I want to see Teague’s confidence in his creative practice grow. If it takes a shift of scenery and pace to take him to new and exciting places both personally and creatively, I’m all for it.