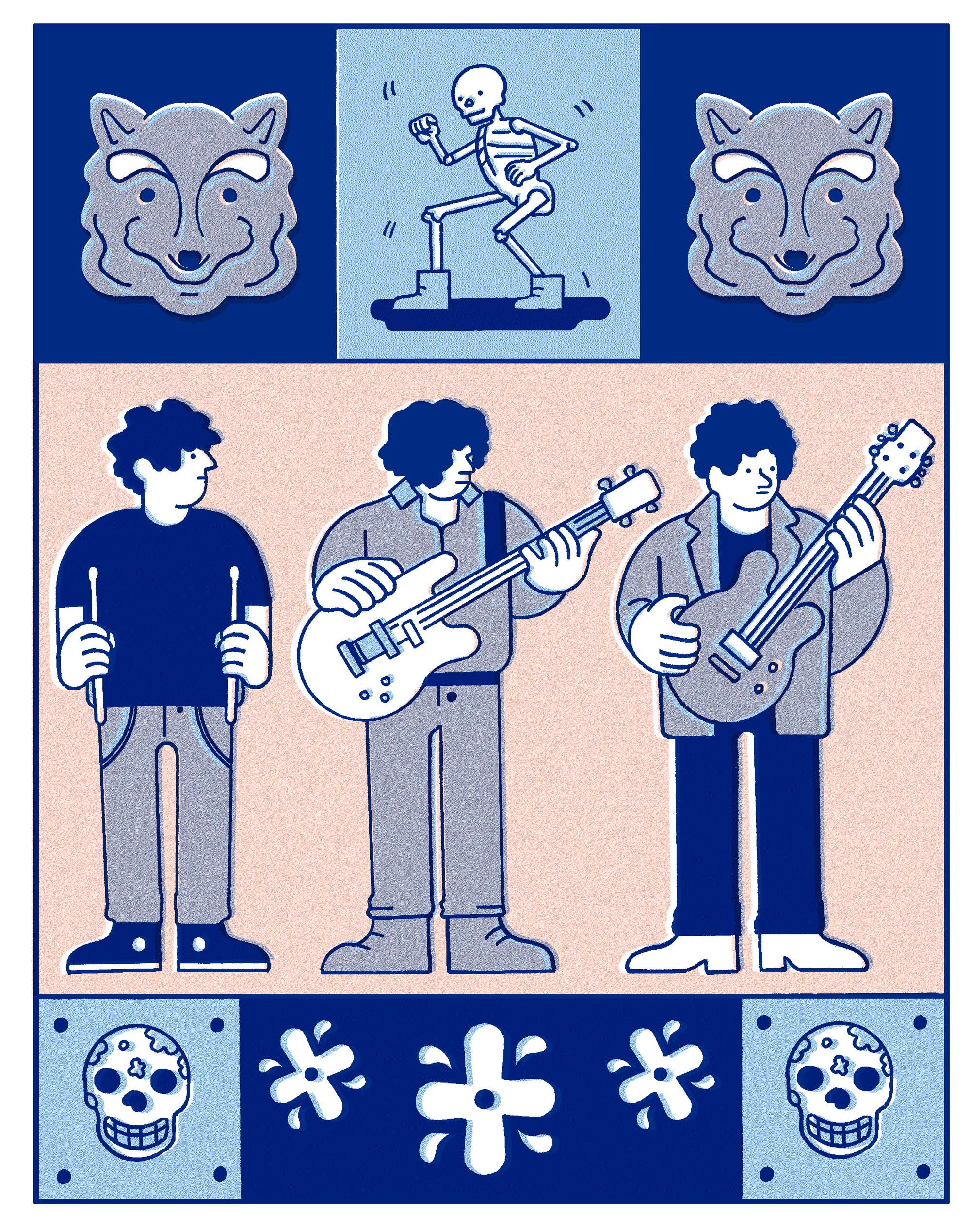 As a proud woman of Latin descent, it is always empowering to hear music from current bands, who come from a similar cultural background, and blend the typical genres of their latin roots with more contemporary styles like psychedelic and surf rock. East LA band Thee Commons does just that, striking a balance between the cumbia stylings they were raised on, and the surf rock they picked up while growing up. Thee Commons got its start in 2012 when brothers David (guitar) and Rene Pacheco (drums) teamed up with bassist Jose Rojas, to create true mosh-worthy tunes that make sure you’ll never sit still during a show ever again.

Personally, I live for the entertainment. Specifically the live show and observing those that are struck with the same passion I have for dancing in the crowd, screaming every lyric out loud, and waiting all night to see a band listed on an Instagram flyer. Thee Commons have created a myriad of songs, while remaining true to their rough-around-the-edges punk rock ways and maintaining a specific sound that undoubtedly lets us know where they’re from.

Loteria Tribal their most recent collection of cumbia punk and salsa-like instrumentals provides a soundtrack to the type of vibe and community, love and debauchery, that usually ensues at a cousin’s quinceañera. I’m absolutely infatuated with the song “Memoria,” which not only takes me back to going to raucous shows at The Smell in Downtown LA with it’s glorious jam section, but also reminds me of watching my friends play small shows in their backyard; it is a song that never stops going. The track takes you further into a trance as David Pacheco’s guitar riffs scramble your brain and you inevitably close your eyes while still dancing like nobody’s watching — a dream, right? The tone of the song pulls you towards the beach, the city, mom’s house, and though the lyrics are in Spanish, it still has a relatable vibe while listening. Thee Commons prove that no matter which language you are speaking music is undoubtedly versatile and relatable. The trio not only sing in Spanish, but have a healthy mix of bops sung in English, making a pretty seamless transition from Spanish to English-driven tracks like “Sunburn,” which is a more than perfect “La Bamba”-esque tune that will have you hopping into a car full of surfboards, cervezas, and common people of your choice. While Thee Commons has garnered a ton of respect from local LA folk for their eclectic library of boogie music, they’re audience and reach has been rapidly growing as they continue to boast their punk-by-the-beach music.

Thee Commons will be playing in Indio at the Coachella Festival Saturday, April 22 at 12:00 pm.