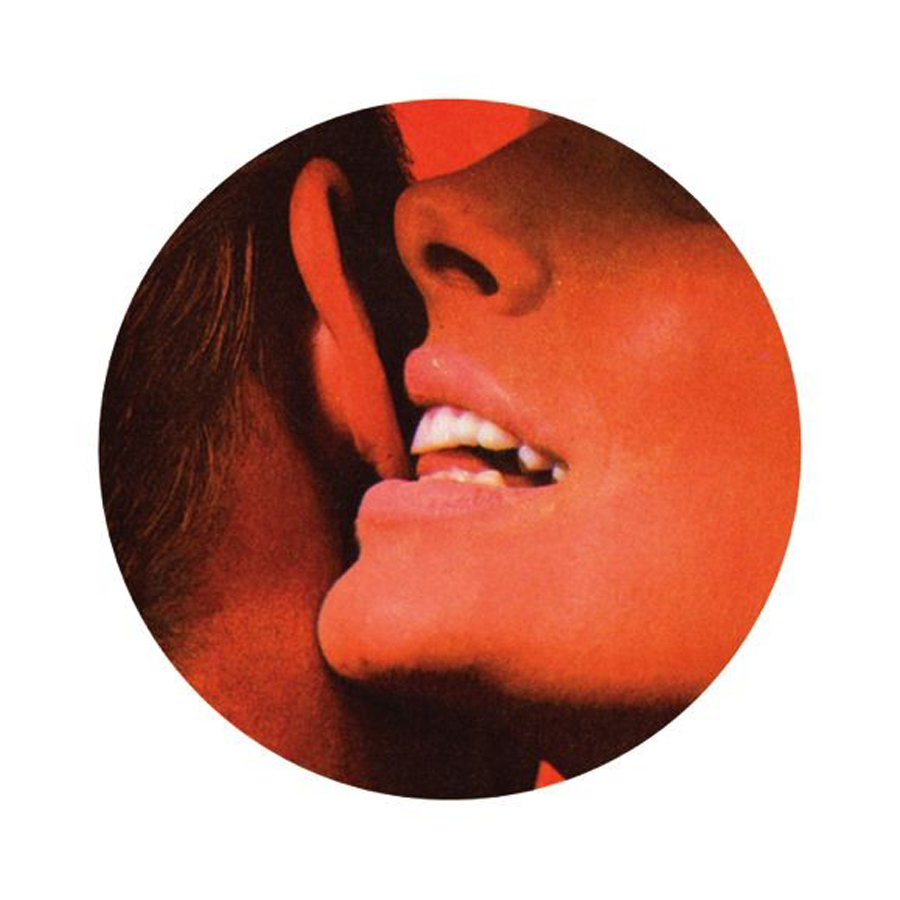 In Simon Hanes’ perfect world, Tredici Bacci would pack around a 50-person orchestra, but for now 13 seems to be working out quite well.

The over 6-foot tall Hanes can always be found at the center of his meticulously recruited 70s, Italian cinema-sounding music ensemble, conducting and slowly building the tense, but sensual themes of his circular compositional statement that grows and grows in intensity and speed, accompanied by drums and full orchestration; the horns and sultry vocals evocatively luring each song along until its fateful close.

Tredici Bacci started as a completely tongue-in-cheek expression of soundtrack-type numbers that have long captivated and aroused Hanes’ musical hankerings, but over the band’s, or I guess you could say, orchestra’s year-long existence, has evolved largely into a connective musical experience for Hanes.

We know you’re in the noise-avant band Guerilla Toss, but tell us about your music background.

Well, I came to Boston to attend the New England Conservatory of Music because they were the only school that would ever accept me. I was in a department called Contemporary Improvisation, which is basically do whatever you want to do within a certain amount guidelines, and that is where I met the people who were originally in Guerilla Toss. I sort of was starting to figure out what was interesting to me musically.

You meet a large group of musicians, who are all going to the same school, and you find the ones that have similar interests as you play around with what sort of music you all decidedly want to play.

I guess you could say that one of the things that you learn in the Contemporary Improvisation department is taking what music is influential to you and processing it and figuring out what to do with the fact that you’re inspired by it.

I know I don’t like to play classical music. I grew up playing rock-n-roll, I’m a shitty rock-n-roll guitar player. I was playing in garage bands in the Bay Area and that was something that not a lot of people were interested in having me to do here. I found a group of people that found that to be a useful skill; sort of having a very gung-ho approach to music. That was how Guerilla Toss became a thing. We were trying to divorce ourselves from standard music school shit. The kind of music that I have been ripping off in Tredici Bacci it’s the only kind of music that I actually listen to.

What came first your interest in these films, or did the music attract you first?

I would say the music. There was a point when I was fourteen when I got the soundtrack to the “The Good The Bad and The Ugly,” and I would listen to it all the time. It infiltrated my brain and then as soon as I started to investigate the composer Ennio Morricone, and see what kind of films he was writing for, all of a sudden I was exposed to this whole world of weird cultural time that just so happened to be very common in 70s Italian films. It just snowballed from there.

How did you recruit your 14-member band?

As soon as the idea started to become a reality it was obvious who needed to be in the band. I knew that I needed someone to play bass; my best friend is a bass player. There was a drummer that I knew that was capable of sounding specifically how I wanted the drums to be. Then it was a matter of finding the people I knew who would have the right personality to be in the band. Someone mentioned to a friend of mine who probably shouldn’t have told me, that at our last show we all kind of looked like high school nerds when we were collectively up there performing. I think that I was consciously was looking for people who had a very specific personality. Laid back enough to understand the way the band is set up and my vision, but also creative enough to suggest ideas or throw in their own silly things sometimes.

I didn’t mention how much I love them all. I am totally indebted to them. Our singer Sami is a force of nature, incomparable.

I always ask about writing process. Tredici Bacci tracks just seems like a whole other animal to write, not like you writing songs for your punk band.

I’ve been working in a conventional style. That what’s interesting to me about this music, it has a very distinctive style. Both in the sense of how the instruments are used; what the drummer will play, what role each instrument takes on. When you spend enough time doing what I do, you find weird websites where you can download soundtracks from anything. There’s patterns you start to notice; a pop song always has a certain chord production, a certain style. So I started out thinking, ‘What is my favorite one soundtrack?’ There’s this one movie called, All the Colors of the Dark. It has a sexiness and eeriness to it and I try to look at that and try to write my own version; operate in that context. That’s was how I first did the group of songs.

When you’re going through these soundtrack songs and finding patterns in composition, what is it that appeals to you?

I guess I would have to say that it was really based on what makes me feel good inside. I think there’s a psychological basis for all of that, which is probably too weird to go into. In general  the reason why I latch on to this music is because it has something to offer to me that no music has had to offer yet, and so I just feel satisfied. The process is literally like coming up with a musical idea and being like,  ‘I think I know where this can go.’

What genre do you consider this, people say ‘lounge’ but I think that word just sounds so dirty, but maybe that’s the right word.

There is an aspect of sleaze that maybe gets associated with lounge music. Someone said to me once, ‘faux-Italian soundtrack pop.’ The original genre would just be called soundtrack.

There’s a lot of horns in the tracks, more so that anything else I would say, is that an intentional attribute? Or just something that you realize happens naturally?

If I lived in a perfect world there would be a huge group of people on stage, more than 14 of us. In general one of the things that’s powerful about this music is every instrument has its own specific role and adds to this collective sound. The horns are one of the ones that I like; it’s totally expressing the masculine side in a way, but there is also sexiness to it.

What is it like performing this music? I imagine it’s so fun playing live.

Well, with Guerilla Toss my performance comes from a very primal feeling. I don’t feel satisfied with a Guerilla Toss show unless I’m physically exhausted. I don’t feel satisfied with a Tredici Bacci show unless I’m completely alert to everything that is going on all the time, while maintaining the character, and being able to transmit this music to the audience.

How do you see Tredici Bacci evolving?

I have so many ideas. With the music going from a joke to becoming serious I’ve realized I can maybe start to progress as a composer with different types of music, and put them all together. I really want to write a stage opera where we all have microphones, playing as characters, while still playing the music. I really want to start writing music for a silent Italian film. I want to have a rock-n-roll reduced version of the band called the Amuse-bouche.

Yeah I have a lot of ideas, but I don’t really know how many of them will happen.
I also think we are going to go on tour this summer throughout the east coast.

Do you find it hard to make this music accessible to a wide audience?

Well I’m thinking about sort of in the sense that in general there are a lot bands who have been influenced by this music. Part of the challenge is to sort of to convince a crowd of people, who are all drinking and want to dance, why they should pay attention to the Tredici’s music on the level of, ‘this is fun music that I can dance to,’ but also as an interesting treat for the ears. The balance is hard to find and I try to be performative and expressive, but not go over the top.

There’s always people standing and watching you, so you have to convince them that what you’re doing is worthwhile. I don’t expect a lot of people to think about this music like I do because I have this very complex loving relationship with it.

To hear more from Tredici Bacci check out their bandcamp.