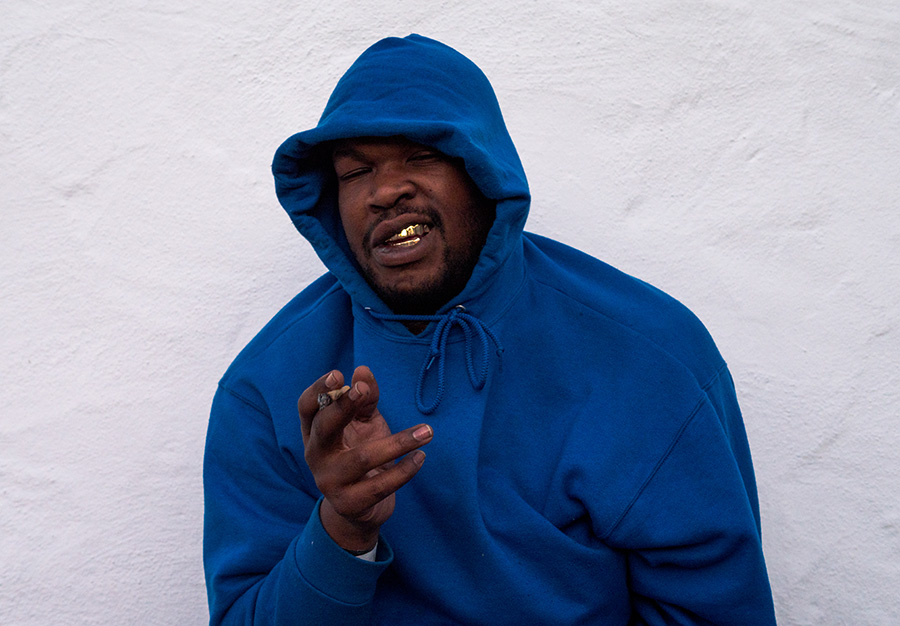 Chocolate milk, a six pack of muffins, a couple glazed donuts, and even some top ramen, are all on the menu at Big Hongry’s house on Sundays.

In the Bay Area rapper’s video for the short interlude track “Smokerlude”, which will be featured on Hongry’s upcoming music project Let The Smoke Out, we get a comical glimpse into a routine Sunday with Hongry, smokin’ joints and slammin’ snacks all day.

“I just wanted to take listeners through a typical day of getting stoned with me,” says Hongry, who also wrote and directed the video. “This is usually my routine on any given Sunday.”

Hongry lays down a quick verse where he admits “This is why I need to stop smoking / six joints later and I couldn’t stop choking”, before he rattles off some of his go-to munchies and comparing his cookie baking skills to Martha Stewart.

“I wrote the song as a quick interlude for Let The Smoke Out, and once it was done I was like, ‘Damn I should shoot this video asap.'”

Hongry‘s music has been featured on Fool’s Gold Record’s “Loosies” mixtape, and is also responsible for co-producing and writing the SXSW Film Festival featured film Licks. Look out for Hongry’s upcoming project Let The Smoke Out, which should drop in a couple weeks.