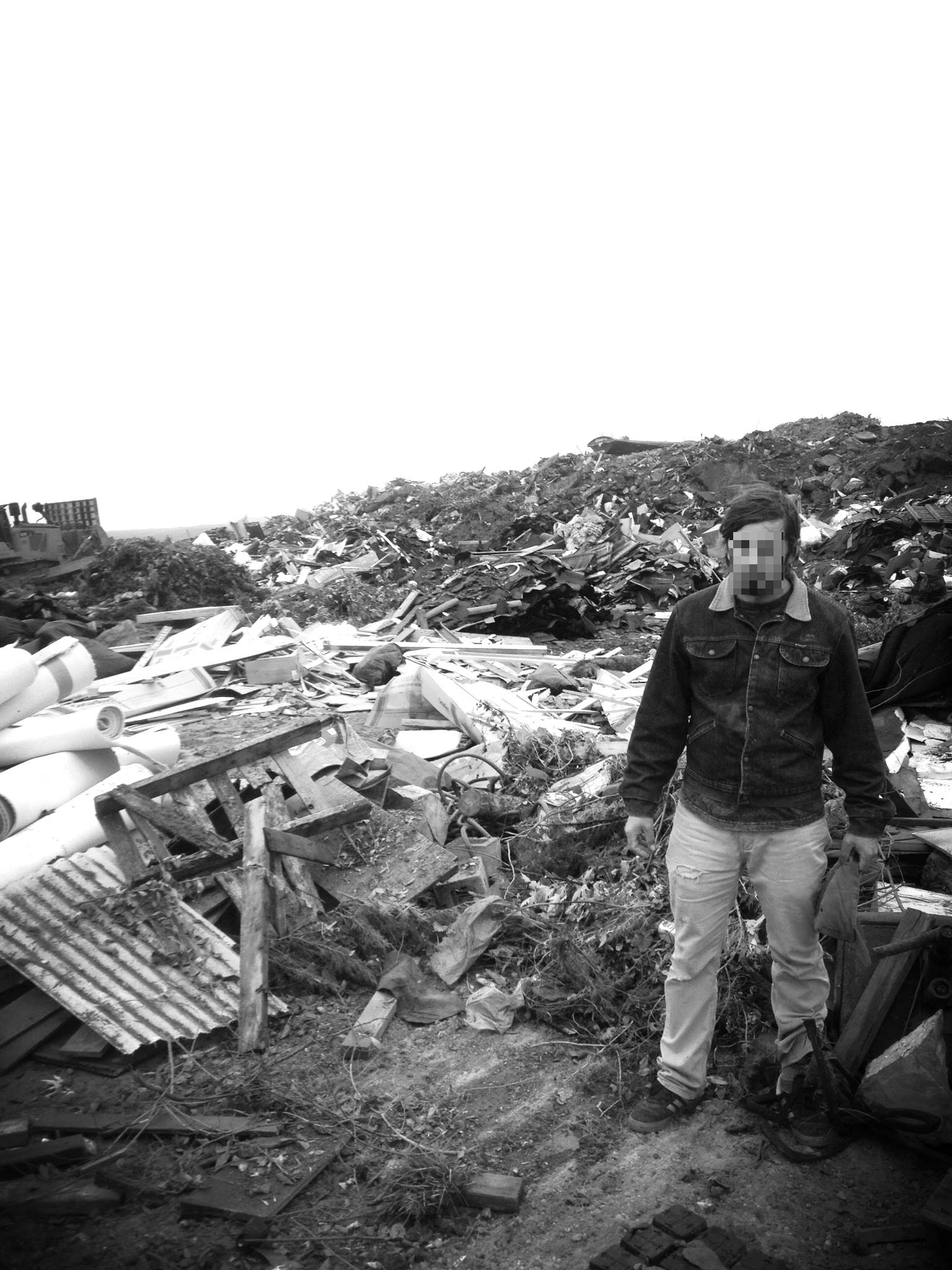 In today’s world it is often a rarity to find musicians that truly break the mold and become more than just a band, but rather a cultural movement. Musicians like Fugazi, The Cure and Black Flag are a few that succeeded in this, taking their fans and listeners on a revolutionary journey beyond their music.

This same goal of creating a monumental musical movement quickly became the mission for Denver-based band American Culture. Searching for the ability to give their listeners more than an album, American Culture produces music for simply the sake of creating. Self-described as “Music for Introverts,” the Colorado musicians combine fuzzy guitars, power pop and lyrics that reminisce of days past. These introverted punks of Denver remain on the outskirts of the music scene, maintaining the idea of producing music for the love of it, and wanting people to appreciate the music more than the musicians.

We had the chance to chat with American Culture lead singer Chris Adolf before they hit for Boise’s Treefort Festival. We find out the real reason why they wouldn’t allow photos at their shows, their expectations for Treefort Fest and more.

Tell me about the concept behind American Culture. Yes, you’re a band, but from what I’ve read the concept seems like a lot more than that.

Hmmm. I haven’t really made a ‘mission statement’ or anything like that. But I guess in general, I always approach art as a bigger picture. Like, what does it mean to culture? I mean, being a band that plays good songs, that’s one thing. That’s easy. There are thousands of them. So what? Who cares? I guess I have always been more turned on by bands and genres that have almost a whole culture or lifestyle around them. It doesn’t have to be a specific and purposeful thing. Take The Cure for example, a great band that plays great songs and makes great records. But it’s more than that. It’s a subculture. There are “Cure Kids”. It’s a type. Kind of Goth but Cure people are their own thing. Especially in the 80s and 90s. Some metal bands are the same. Like the big four thrash bands. Great bands but also a whole subculture around it. And it doesn’t have to be big global bands like the Cure or Slayer. Take the Beat Happening for example. A punk band, an indie-pop band, whatever. But they meant more than just a band to our culture. It was a movement.

Don’t get me wrong, it would be a very grand and bold claim for me to make about my own little known band here. But I am really inspired by those bands that transcended just good songs and meant more to the bigger picture.

Was there anyone or anything that has influenced American Culture? Were you pulling from anywhere  specific to inspire your lyrics or sound?

I mean, the list of cultural influences, like the last question, on any band is too big to list. But I very heavy handedly and unapologetically tried to take production queues and references from The Jesus and Mary Chain recordings. Even the post-Psycho Candy stuff. That lush kind of slick pro production has a certain weirdness when a junky punk band like The Jesus and Marry Chan go through it. Like the early Pixies records too. A weird punk band but sometimes the same snare drum sound as Paul Simon’s Graceland or a Peter Gabriel hit. It’s a weird cultural dichotomy that I always liked. Like in the early days like early Pixies, J&MC, and even some 90s bands like Mudhoney. It seems like back then, some bands just naively went to whatever local pro rock studio was in their town and they just gave them the same preset pro studio “rock” sound, gated snares, digi verbs, whether that treatment suited the band or not. That’s always been charming to me. I think after that too many recordings got too hung up on sounding ultra natural, “beautiful room tones” or whatever. Everyone trying to be some sort of Steve Albeni. That got boring. We aren’t some jazz combo.

You request pictures not be taken during shows. Why is this?

Oh that was from a while ago when I had a shitty haircut! HA! I need to change our website! People can take pictures of us. I like to google image search myself and our band.

American Culture is described as “introverted punks.” As a group then, do you enjoy the recording process more or playing in front of an audience?
We really love recording, but we also really love playing shows. We like to try to really communicate and make our shows something that the whole room is doing together. But, you know, the music scene is such a gross social network thing too. A lot of people seem involved just to be a part of that rock and roll party scene and none of us are really about that. We’re into music, to make music. It’s not a party scene for us. I mean, our music is fun and our shows are fun, don’t get me wrong, but we kind of just keep to our own little group of close friends. We don’t really need to be in the middle of the social aspect of music. Michael, who plays guitar with us, is in another band called Homebody and they too are “introverted punks”, so to speak.

What has the reception been like towards the American Culture lyrics and ideas?

You’d have to ask them. I mean, people go to our shows and seem to like it so. I hope they’re enjoying themselves. I have noticed that this band is easier for me to book around the country than other band’s I’ve been in.

It’s your first year playing Treefort Fest. What are your expectations? Are you guys looking forward to catching anyone live?

All Dogs, Wimps, Dude York, Foster Body, and Ingrown is a rad hardcore band from Boise. It’s always cool to see Built To Spill. Hope we can get in. I don’t really know a lot of the other names, but I’m not that hip. I’m sure some of the hipper guys in the band will drag me to some cool shows. HA!

Tony Molina! That dude’s songwriting is so flawless and effortless it makes me crazy! Fear of Men recordings are killing me these days, and most of the current Slumberland roster is so on point these days. Mike has the best ears and gut of like the last 3 decades!

For more from American Culture head to facebook.com/americancultureisaband
Also, look out for their set during the upcoming Treefort Music Fest, March 23 – March 27, 2016.