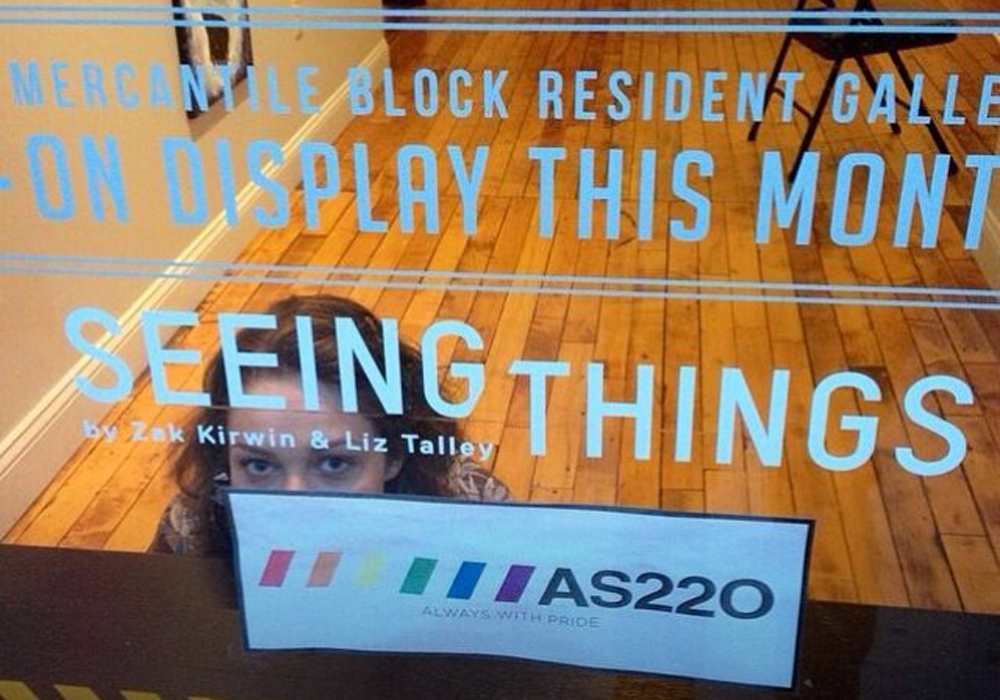 Artistic team Liz Talley and Zak Kirwin have the floor at AS220’s Mercantile Gallery in Providence, Rhode Island. With shared space and endeavor, Talley and Kirwin’s contrasting art is a perfect first impression of the talented pair: colorful cosmic landscapes beside gentle watercolor portraits. The artists and creative forces behind local DIY-emporium, Secret Awesome, have plenty in the works with a slew of elaborate collaboration to come. Stay tuned.

Individually, which mediums did you each begin creating with? Where/why did you both begin to work as artists?

Liz: As a kid I drew in my binders and on my school stuff. So I guess I started out with ballpoint pens. It wasn’t really until my “adult” life that I started working on stuff to completion. Friends and sometimes strangers started asking me to do illustrations or other random commissions. I do a lot of pen and ink and watercolor and ink.

Zak: I would say the same. Just doodling, being bored and drawing on everything. I started taking art more seriously when I realized it was the only class in school I didn’t dread.

Where do you each find your inspirations for content and color palette?

Liz: I love black and white. I love black. I love pastels next to black. Something about the total darkness next to childlike colors is very appealing to me.
I guess that also applies to the content of my work in that I am very drawn to the disturbing as well as the adorable.

Zak: I’m kind of all over the map in what I take inspiration from. Lately a lot of space travel and old scifi has been getting me psyched, but I’ve also been into weird folklore as well. Stuff that’s outlandish but almost believable. As far as colors go, I’m a total hack, I just use the first thing I think of. First thought, best thought kind of thing.

Where do you gather the feelings behind the characters you both create?

Liz: A lot of the stuff I do with animals is pretty shallow; I just like animals. Some of my work involves a lot of symbolism borrowed from various mythology or tarot, but not so much in this show. However, the girls in dresses are an extension of this lazy comic that I draw called “Nice Folk.” Sometimes I get really sad and draw these simple Yoshitomo Nara-influenced school girl types to cope with my feelings of anger or emptiness or just feeling like a stupid girl. They were definitely an example of that darkness meets pretty that I mentioned – they were sickeningly cute mixed with cuss words and booze and death.

Zak: Usually the work I make is an attempt to show pieces of universes that I wish existed. It’s like the feeling you get when you see the moon in the sky in the middle of the day and you think, “Oh shit, I’m living on an alien planet! I’m an alien!” I’m a huge fantasy dork.

In terms of ideas and inspiration, do you ever work together or off of one another? Is there any type of joint creative process?

Liz: Zak is messy! He definitely has this one-man show going on and his own way of doing things. We don’t collaborate much two-dimensionally, but I find his imagination and attitude towards making stuff very inspirational. Zak has really encouraged me as an artist; he helps me not get too hung up on stuff.

Zak: Ha! Yeah, I’m super messy when I get into a project. In my mind, getting the work done is the most important thing in the world, and I just take over whatever space I can in the process. When I see Liz working I think, “Oh, that’s how a normal person works on art”. I think that Liz’s attention to detail and the care that she takes with all her work has made a big impression on me. I’m still a chaotic worker, but I’ve been thinking ahead a little more, and been more patient in the process of creating.

What would a collaboration piece between the two of you look like?

Liz: Probably a song. But if we were to make something visual it would most likely include outer-space or eyeballs.

Zak: Definitely a song. We’ve talked a little about writing and illustrating a kid’s book. I would write and Liz would draw. It’s corny, but it would be fun. I think it would be one of those kid’s books that kids would remember when they were older and think about how creepy it was.

How and where do either/both of you feel inspiration from your current city (Providence, RI) or your roots on The Cape?

Liz: There were a couple golden years that Secret Awesome had while on Cape Cod. We had this small group of weirdo youngish creative people that were into stuff other than Cape Cod landscape paintings. Cape Cod can be kind of no-man’s land for young people who live there year round, so we became friends and supported each others’ art and often collaborated. Having that group really inspired me to just keep making stuff even if no one on the Cape cared but us; we just made stuff for the sake of making stuff and really fed off each other. I feel a little less connected to Providence, but it’s much more hopeful than the Cape when it comes to supporting the weird arts.

Zak: I’m excited by the amount of creative sharing, trading and collaborating that happens in Providence. It seems that so many people are pursuing some passion of theirs here and just going for it! People really appreciate all kinds of creativity here. On Cape Cod it was more just amusing to people I think. Which was fun. We were just entertaining ourselves. Weirdos without a cause. 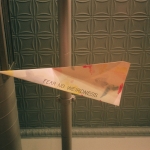 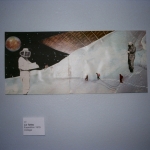 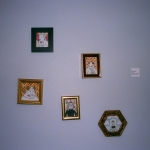 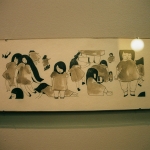 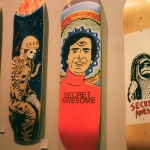 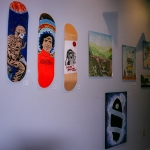 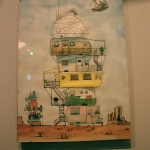