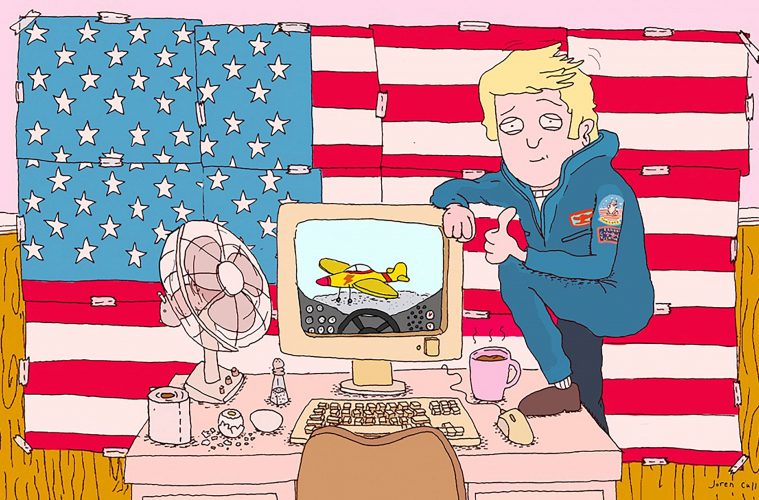 Illustrator Joren Cull’s Editorial Work is Fresh and Quite Humorous

Joren Cull’s artwork is inherently nostalgic, reminiscent of Sunday afternoons watching The Simpsons, nighttime car rides listening to the Flaming Lips and intricate, incredibly talented doodles in the margins of your math homework. Through both animation and illustration, Joren’s work creates worlds both familiar and foreign.

The Toronto-based illustrator and animator has worked for companies such as The New York Times, Coca-Cola, The Guardian, Village Voice, Popular Science and many, many more. Much like Beavis and Butthead, Joren’s work fluctuates between the adult and the child-like, playing on our sentimentality and our familiarity. We had the chance to speak to Joren about the goth movement, the Twilight Zone and his humorous animations.

First, how did you begin illustrating?

I’ve been drawing since I was a kid but started illustrating professionally in June 2011 doing monthly illustrations for the Globe and Mail.

When did you start animating?

In high school I played with animation a bit, but nothing too substantial came of it. I didn’t have the patience for it back then and was more interested in making everything as quickly as possible. At university, I took an animation class and made a pretty good short movie. The response it got from my classmates and teacher inspired me to keep going with it. It’s always been my dream to be the next Trey Parker, or Mike Judge, or someone like that. I’ve always felt like that was the direction I was eventually going to attempt. I’ve had my heart set on it since the fifth grade at least.

The style of your work seems to be influenced by comic books. Were you at all inspired by comic artists?

No honestly, not at all. I really love TV and movies and music so all of my influence comes from those outlets. I’ve read some comics but not many, and don’t read often.

How would you describe your relationship to your art? Do you feel storytelling is a big part of it?

Yes, I’m really only drawn to art that tells a story and has a narrative behind it. I can appreciate good technique and stuff like that as well, but it doesn’t excite me nearly as much. I like art with a voice, and like art that will make me smile and laugh and play with me, something more interactive I guess. I want to be excited by something enough that I’ll want to show it to someone and see what their reaction is to it.

You’ve done your own comic and work for other comics. Have you ever thought about creating a graphic novel?

No, I have no interest in making a graphic novel currently. I would like to maybe make a kids book someday, or a comic series. I made a pretty weird comic in 2012 called “SCUM TV”, it was a fun project and I’d love to do more of those sometime maybe.

I made this animation called “Hand Jobs” earlier this year that was originally supposed to be a mini book. Generally, all my ideas for books end up seeming much more entertaining as films to me.

Many of your illustrations follow some sort of narrative and tell a story. Do you ever have recurring characters or scenes?

No not that I can think of at least! I do have some characters I’ve just started using that I have plans to make reoccurring in films. I used them in my Christmas card for this year, hopefully I can fit them into more stuff.

Has your artistic style changed at all?

Yes, everything changes as you grow unfortunately.

You often bring in other elements of pop culture, like your a brief history of goth video. What was it like working on that?

That was a really fun project, I’ve been reading Pitchfork since high school so it was a real dream to be able to work with them. It was a great experience. Their extremely talented VP of Video Programming RJ Bentler came to me with the idea of doing a goth video, and sent me an essay written by a staff member. I then turned into a script and storyboarded and illustrated, voiced (with the help of Blaire Porter) and animated it! It was a lot of work, but it was great and I’m really happy with how it turned out.

Do you consider yourself goth?

I’m not a goth aesthetically, but I occasionally listen to and appreciate the music and life style goth symbolizes.

What artists inspire you? Who are you influenced by?

Mostly the TV and movies and music I was raised on. I watched the Simpsons like 5 times a day for the first 15 or 16 years of my life I think. Weird Al and the Ghostbusters were my idols when I was really young if I remember correctly.

In high school, I listened to bands like Ween, Flaming Lips, Fiery Furnaces, Of Montreal, etc. That steered my thinking a lot as well. Late in high school, I got into David Lynch and this show called 12 Oz Mouse. That molded me a lot too.

The only traditional artist/illustrator I can think of that’s really affected me is Graham Roumieu, he was a teacher and mentor of mine, and nearly one of the only teachers I’ve ever had that really, really believed in me and my work. His work is excellent and genius as well. I learned a lot from it and him.

What is your process like when you illustrate? Do you often listen to music or TV?

Yes I generally always have the TV, or music playing when I’m making art or animating. Sometimes I watch older things that I know I like, and sometimes new stuff as well. I love keeping up to date on pop culture and this job really helps me with that hobby. Not to brag too much but I have seen and listened to more stuff than most. Animation is painstakingly time consuming, but great if you want to run through the entire Twilight Zone series and don’t have the attention span to just sit and watch it.

Hmm, that’s a tough one, maybe my grandpa who died a few weeks before I was born? He’s like the only close family member I never really got to meet. Sorry I don’t have a cooler answer like eating a skateboard sandwich with Tony Hawk or something like that.

What are you currently working on?

Most of that stuff is a secret, but I am making a Prince tribute video for myself. I’m not sure if it will get done or I’ll get bored with it and too busy. Follow me on Instagram and Facebook to find out! 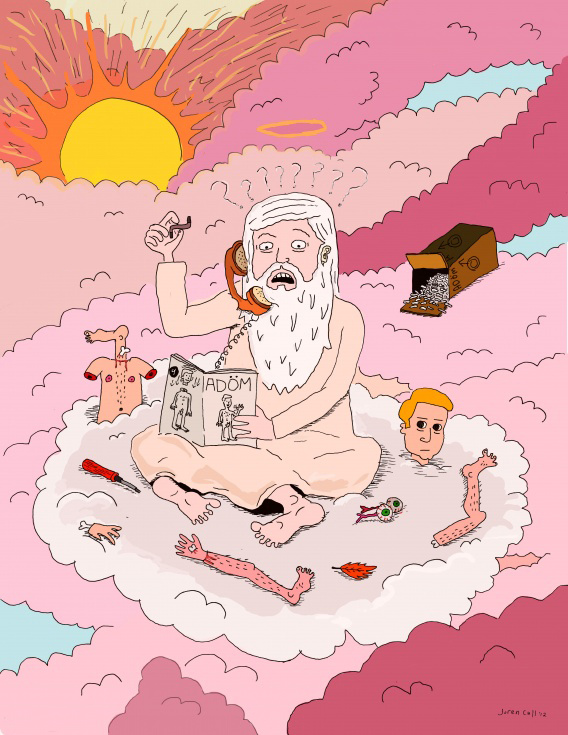 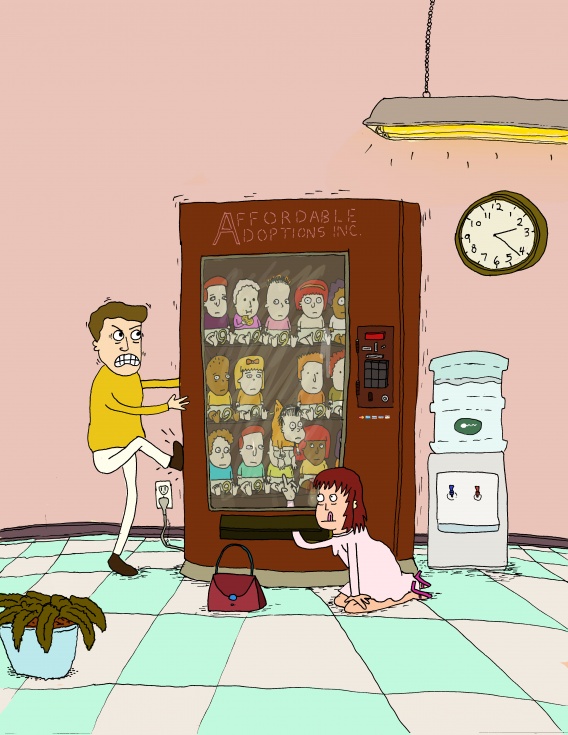 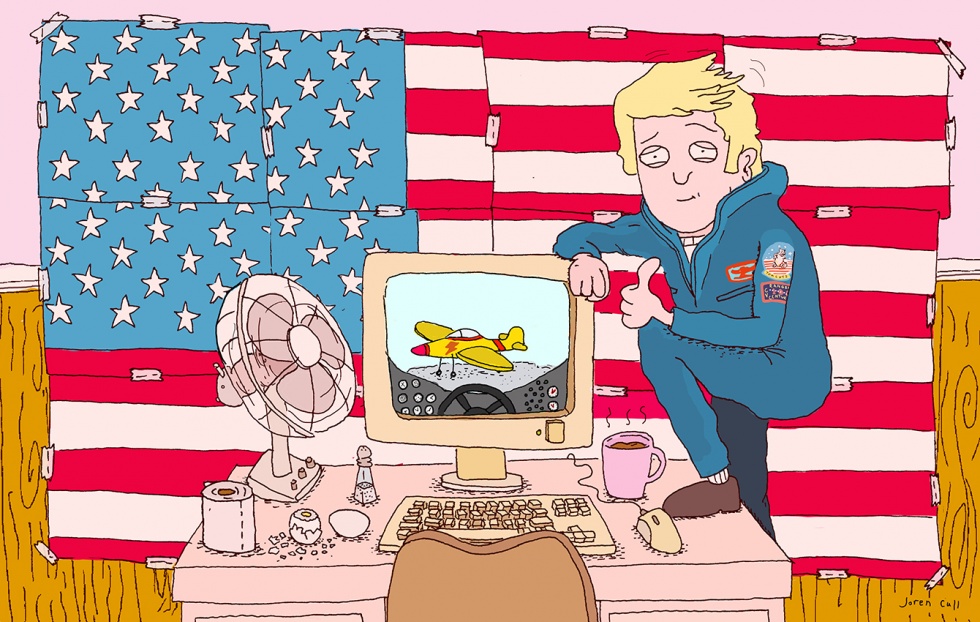 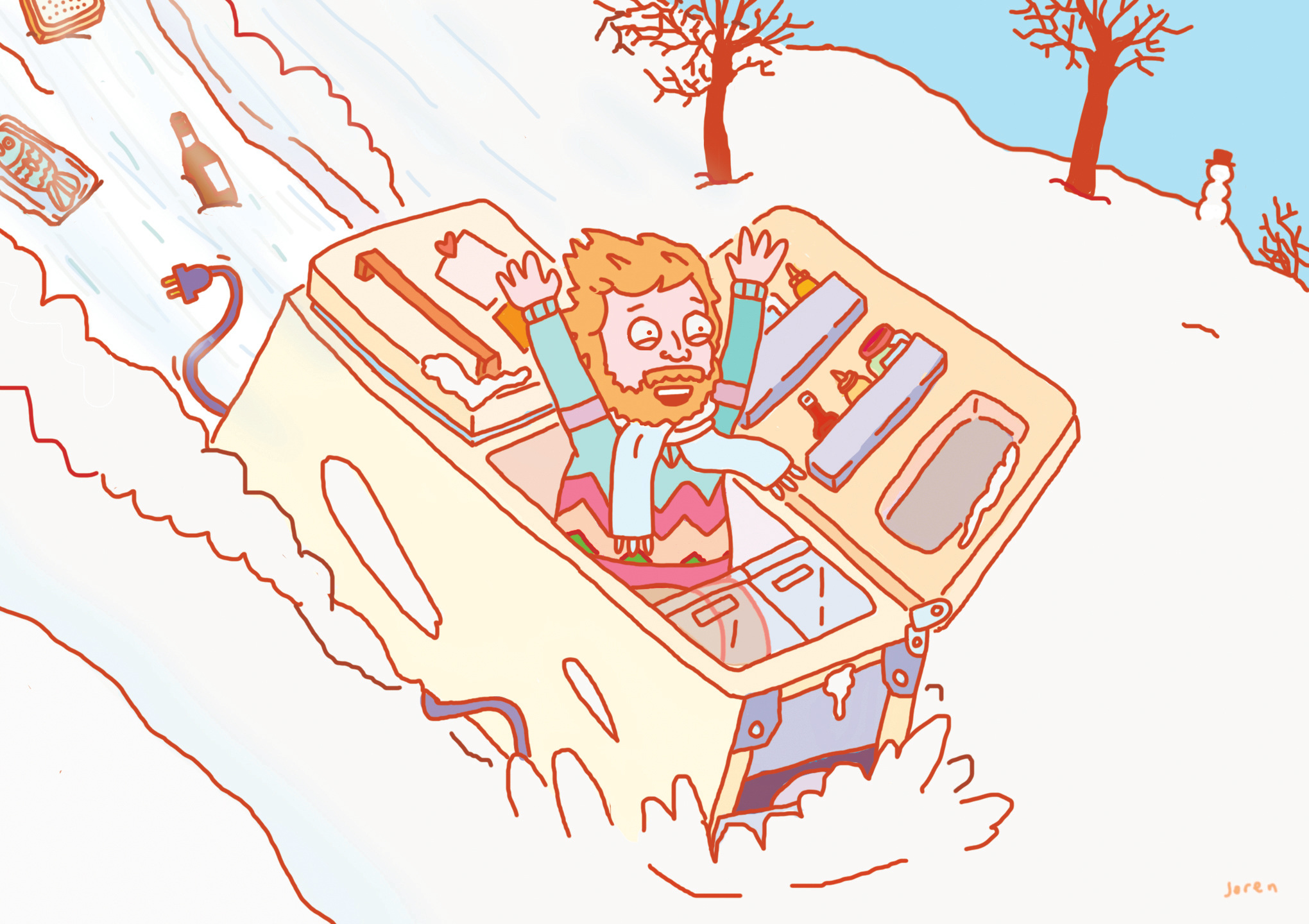 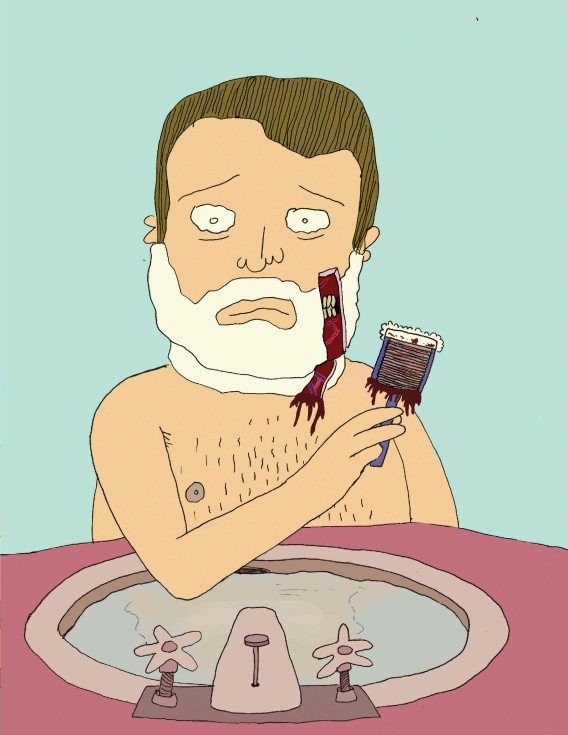 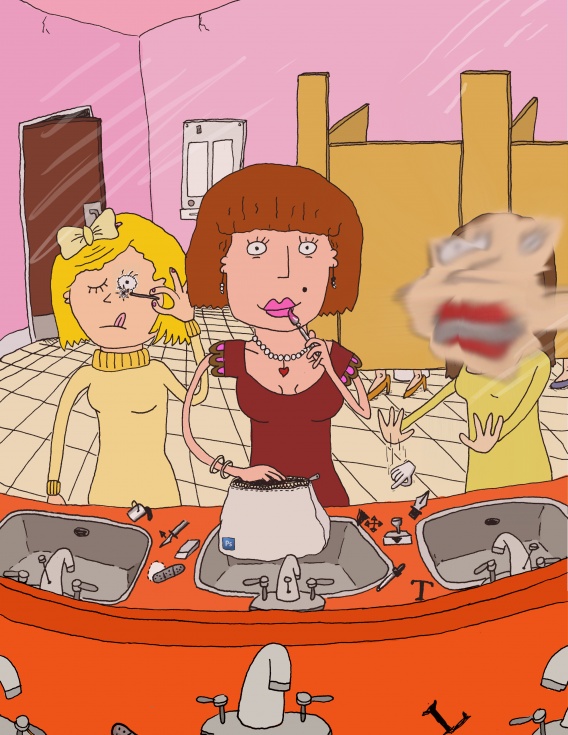 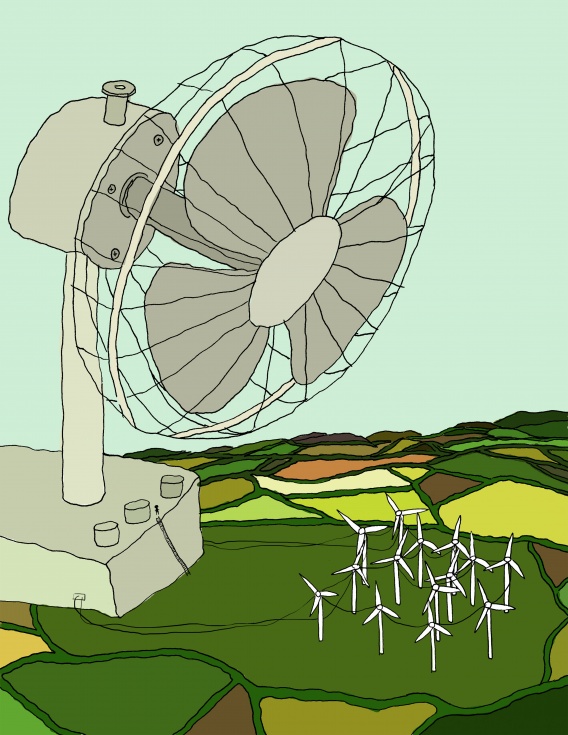 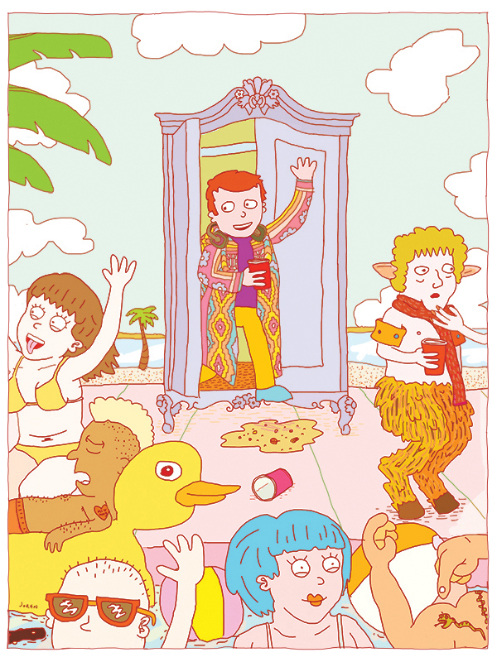 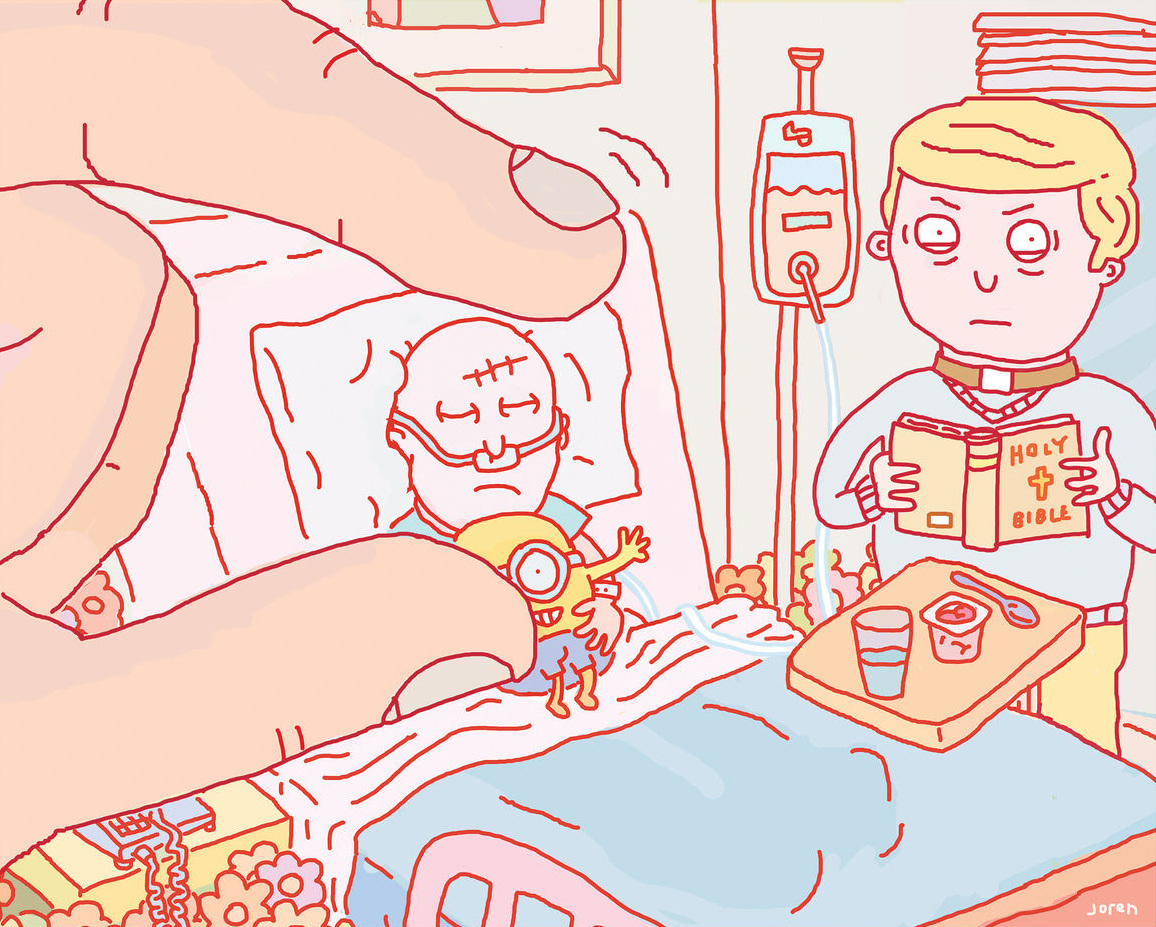 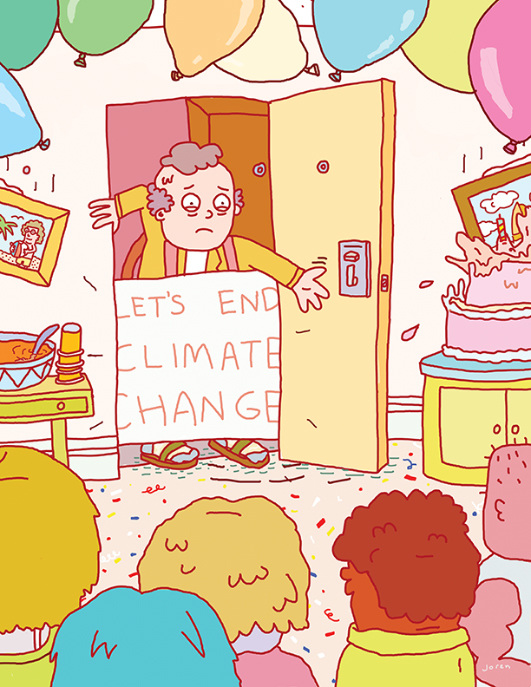 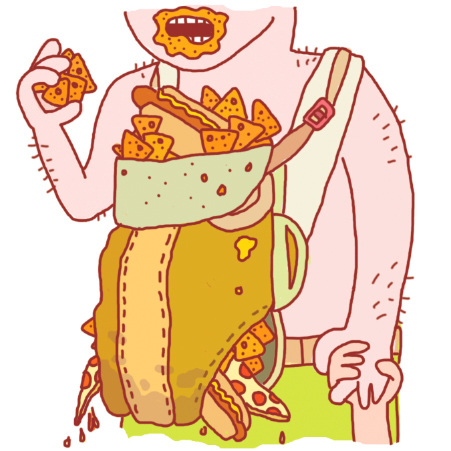 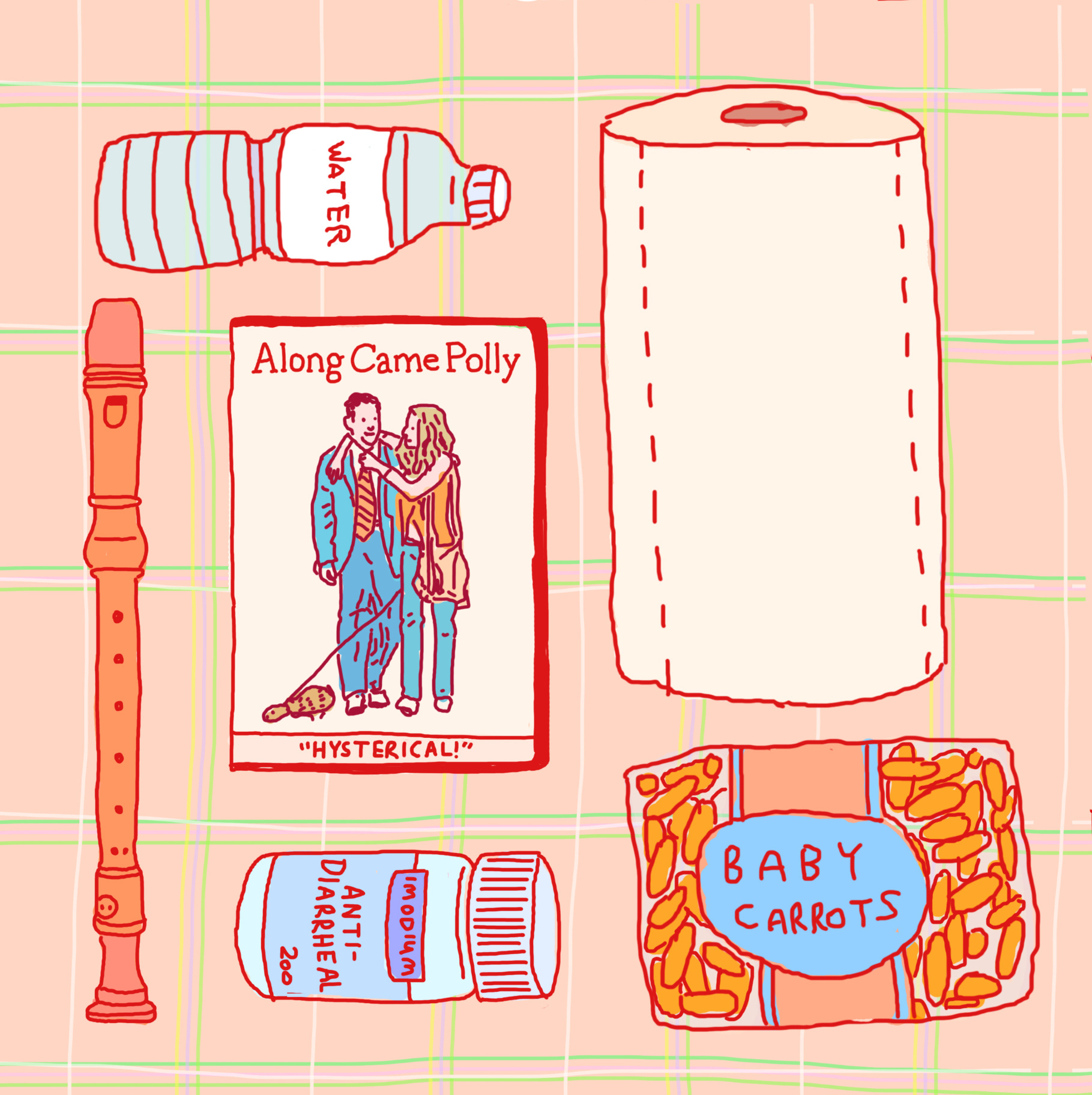 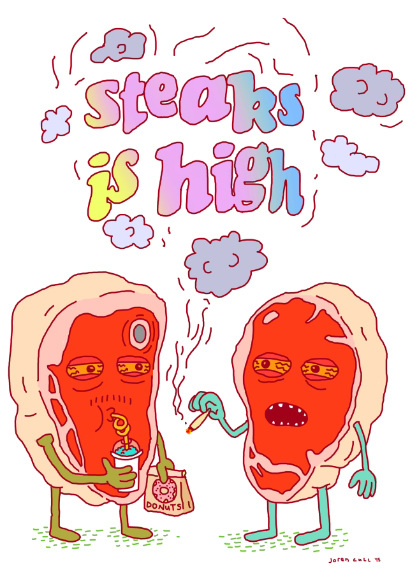 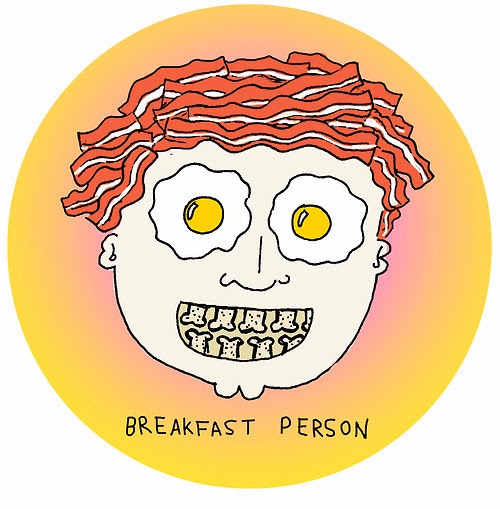