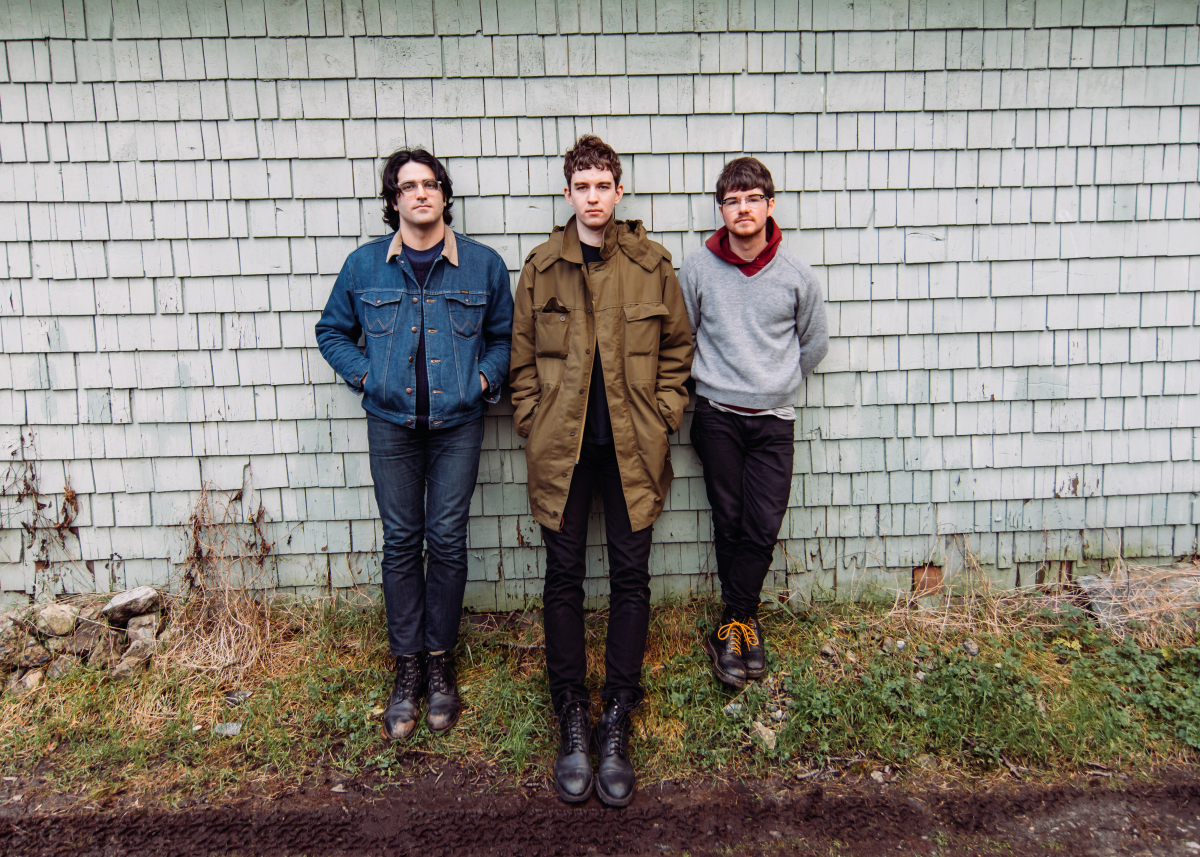 It was nearly three years ago today that we first saw the Victoria, B.C.-based band, Freak Heat Waves perform live. Entering the venue, we could hear the rugged, post-punk instrumentals drifting up the stairs from the dimly lit basement where the three musicians wailed away on their individual instruments. People squeezed into the tiny room, shoulder to shoulder with barely a foot of headspace. The graffiti-covered walls throbbed as the musical stylings of Freak Heat Waves roared, creating a beautiful raucous that left the audience sweaty, exhilarated and begging for more.

With a live performance that far surpasses any other, Freak Heat Waves has developed a specific sound that radically spills across too many genres to count. The three musicians, falling under the experimental “krautrock” rock genre, now have two albums under their belts, both of which remain unparalleled.

With the recent release of their second album, Bonnie’s State of Mind, Freak Heat Waves have placed a great focus on diversifying the album’s sound, continuously alternating atmospheres during the recording process.  Bonnie’s State of Mind pushes the experimental music boundaries, providing listeners with just the right amount of rhythm, grunge-worthy instrumentals and hypnotic vocals.

We had the chance to talk with Freak Heat Waves to get the low down on their most recent album, their expectations for Boise’s Treefort Fest and more.

Talk to me about the recording process for Bonnie’s State of Mind. Did it differ from your last album?

Bonnie was our second record, but yeah the recording did differ quite a bit from the first one. With the first one we did it all pretty much in the same place with the same person, recording it with the exception of a couple tracks. With Bonnie the album was meant to be a collection of recordings from different locations, studio setups, collaborators and gear. Basically we wanted to diversify the sounds more on the Bonnie record so we were consciously always changing the recording process.

Were you pulling from any specific influences when putting together Bonnie’s State of Mind?

Yeah for sure. I had made a couple mix tapes before we started recording that served as a kind of inspiration for what we wanted to do with the album. The tapes blended together songs with weird transitions in attempt to showcase some various attitudes and atmospheres that we might want to exploit in the studio. The basic idea we took from the tapes was that we wanted to mix drum machine and synth sounds with live, off-the-floor band tracks and then sequence the album with instrumental transitions, keeping it all weird and playful. Ultimately we didn’t want to sound like just one band. The aim was to juxtapose a wide spectrum of style and sound in order to create some kind of ride where everything kind of pops out and has its own moment. Some specific things from these mixes were Throbbing Gristle, Iggy Pop, 39 Clocks, The Fall, Jungle Nausea, Kino, Maestros and Dipsos, Psychic TV, Severed Heads, League of Nations, Esplendor Geometrico, Cao Picke, The Clash, Psychedelic Furs, Metropak, 100 Flowers, Flaming Tunes and many more.

Do you think your music is best served live? What do you enjoy about performing versus recording?

We love both recording and playing live but we do approach them in different ways. With recording anything goes. We just want to make a recording we like and not worry about how to perform it live. With live we just want something that’s going to work within a given line up and is realistic for the shows we play so we often rework songs from the records or even have songs that are primarily for the live set that we can’t really capture in a recording. I think both serve different purposes and work towards different ends and with live performance, I do enjoy the whole act of being out there and sharing the experience and bringing the music to life. We tend to always have improvised sections in our live set to keep it feeling fresh, so we try to avoid just going out and trying to recreate a recording. There are some songs we play live that I think will always be better presented that way.
At times, Freak Heat Waves, has been labelled as “krautrock”. Do you think your music is influenced by this genre of music?

Sure, but I don’t consider us to be krautrock. I mean I guess krautrock is a bit of an unfortunate genre title that is given to all the German experimental rock and electronic music from the 70s. The main qualifier is that it’s German, so that rules us out, and the music is pretty diverse so it’s kind of an over simplified and confusing label, but hey that’s all genres. But yeah we have been influenced by German artist like Kraftwerk, Can, Faust, Cluster, Neu, etc. Ha!

Is this your first year playing Treefort? What are you expectations?

Yes, this is our first year playing. We’ve heard a lot of great thing from lots of people so we are excited and expecting to have a good time.

Are you guys excited to catch any groups live?

Yeah, this is our first time playing a festival in America so there are a lot bands we’ve never seen or heard of before so it will be great to check out and discover some new stuff!

For more from Freak Heat Wave head to freakheatwaves.bandcamp.com, or follow them on social media – Facebook, Instagram.
Also, look out for their set during the upcoming Treefort Music Fest, March 23 – March 27, 2016.