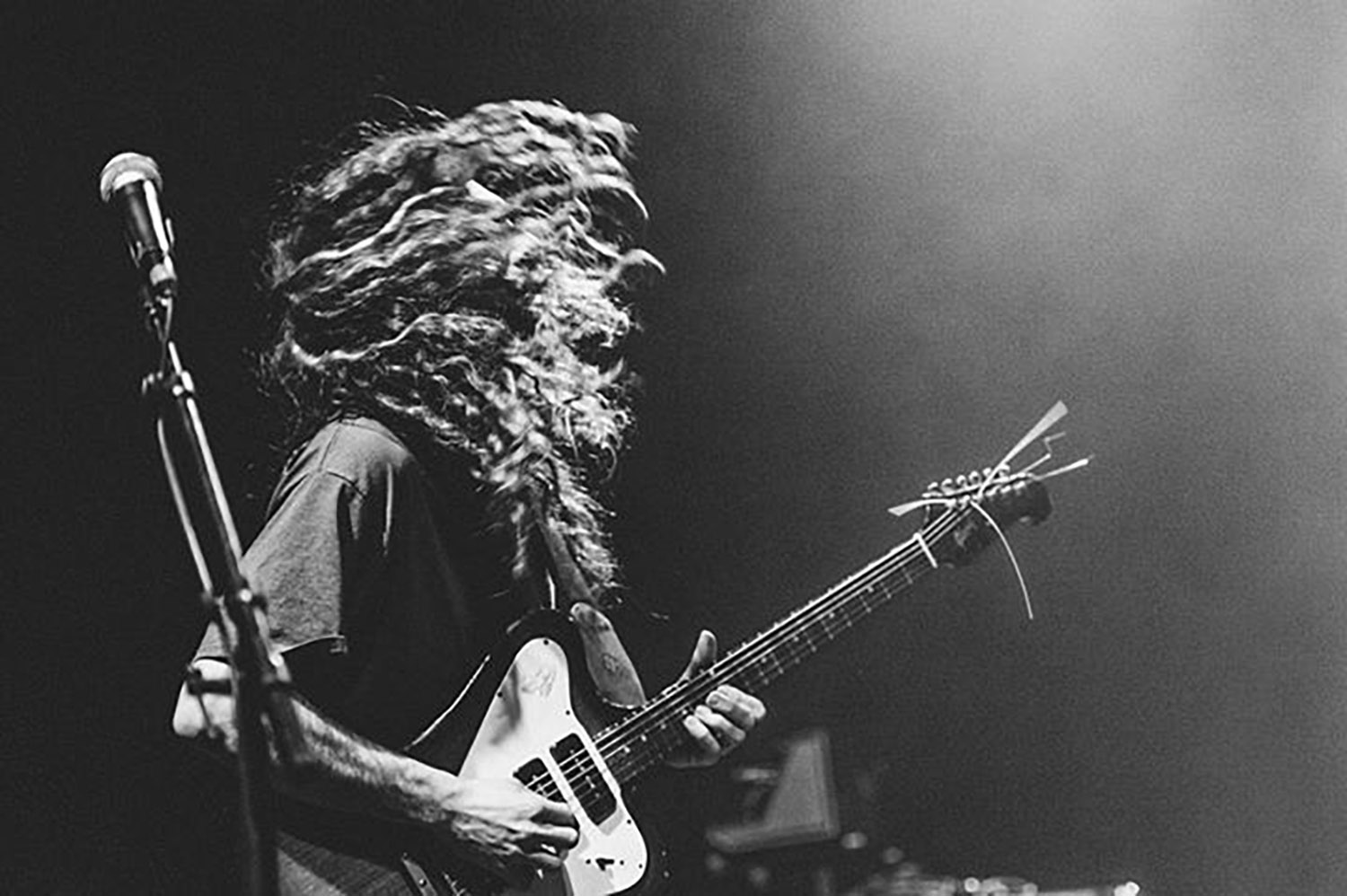 The last time we hung out with Charles Moothart, he had recently made the move to Los Angeles, had just gotten out of long-term relationship, and was about to drop his first ever solo album  — Still Life of Citrus and Slime — under the name CFM. It was a complicated yet enlightening time in his life that unearthed his coming to terms with the fact that all he wanted to do was push himself, and try new things to the point where it scared him.

Now Moothart follows up his fantastic solo debut with a ten song scorcher that can only be described as a quantum leap from his first. His new album, Dichotomy Desaturated, which dropped on 4/7 via In The Red, stretches the form of his well-known hard-charging riffs in unexpected ways. There’s a push and pull throughout which appears through Moothart embracing the quiet alongside the heavy riffs. Dichotomy spans a range of sonic moods — raucous, tranquil, reflective. From the explosive and signature scuzzy garage blend of “Rise and Fall,” to the more cool-handed acoustic spaciousness of “Voyeurs,” it’s apparent that Moothart is unabashed in making some of his boldest stylistic deviations yet.

“It has a different groove to it, which is something that I’m personally trying to find more comfort with—giving things more space and time,” Moothart explains when talking about the song’s sonic compositions. “As a songwriter, I’m still getting comfortable with singing and trying to wrap my head around writing a vocal melody. My initial reaction to everything is, ‘How do I make the music more exciting?’ With this song, there’s more of an effort to let a song have the space it’s supposed to have and see how far that carries it. The riff sits in the pocket, instead of exploding out right into your face.”