Conflicting Bodies: Koak’s Art Displays Representations of the Human Body and Mind We Often Look Past or Repress

Nudity is not always sexual. This sentiment is reflected in artist, Koak’s, work. Breasts, while bare, are lactating, potentially indicative of maternity not necessarily eroticism. While many figures have inflated sexual organs, the representation of the genitalia are part of a broader theme of abstracted and conflicting body parts.

San Francisco-based artist Koak grew up in Ann Arbor, Michigan, eventually moving to California when she was ten. One of Koak’s most significant influences was her public art school teacher who provided her, not only with videos of alien autopsies, but with access to the utility closet across from the classroom, which supplied her with the resources to begin making comics.

While most of the mini-comics she developed were printed in her zines, which were full of what she describes as “disturbing ‘angsty’ teenager stuff”, her interest in comics would eventually grow into a MFA in comics at California College of Arts. Koak had also been working on a massive comic book, but after injuring her hand, the detailed work became too difficult, instigating a move to her current and more figurative work. According to Koak, this figurative work was closer to what she had been doing as a child; however, back then, the nude figures were, as she said with a giggle, “a lot more vulgar”. 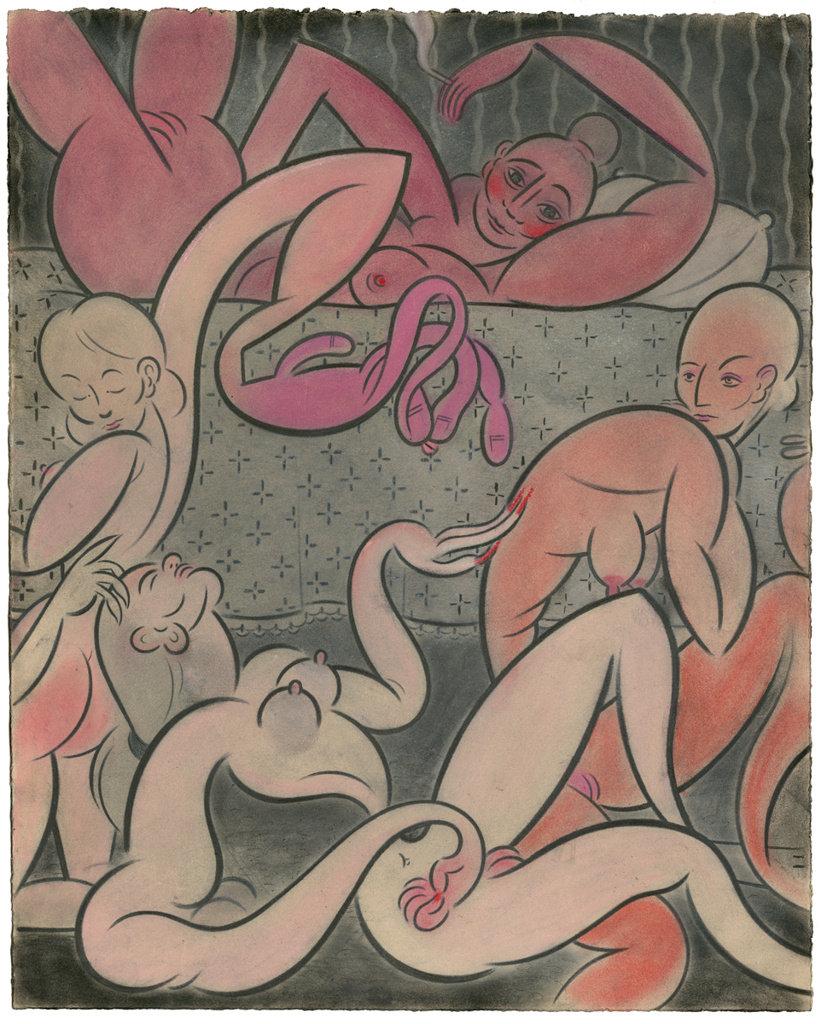 Her current work, marked by experimentation with pastels, develops diverse themes that change with what Koak is interested in at that moment. She wants to create emotive work that has a life of its own as one can see in her figures and their exaggerated and ever-morphing body parts. The minds of individual body parts can be seen in their unnatural positions and in the conflicts between them; a peaceful stoic face connected to aggressive, almost wolverine-like fingertips. The dichotomous relationships between body parts and the figures embodying them is a feeling most humans can probably relate to. Sometimes one’s mind and body are disconnected in a life that can often feel like infinite attempts at putting a square peg in a round hole.

Another aspect present and prolific in Koak’s work are animals and their interactions with her characters. These representations happen to be some of Koak’s most figurative works and include a swan looming over a naked figure in bed, a spotted cat attempting to engage with a hunched over lactating figure, and a goat presumably about to be stabbed, sharing the tears of the assailant. Some of her pieces are loosely based in mythological archetypes while others are direct representations of people she has known. “In that way the animals become an extension or the symbol inside of that mythology.”

Koak just finished a large piece that includes animals and is narrowly related to the protests and environmental disasters that have marked the last couple of years. Her longer term projects include three books, each five hundred pages long, as Koak states, the books are about “animals that are living inside of a body while the body is sick, telling stories about the world they are living in.” While she says the books probably won’t be finalized till she is eighty, in the meantime, I recommend you visit her website for some thought provoking and captivatingly beautiful art. 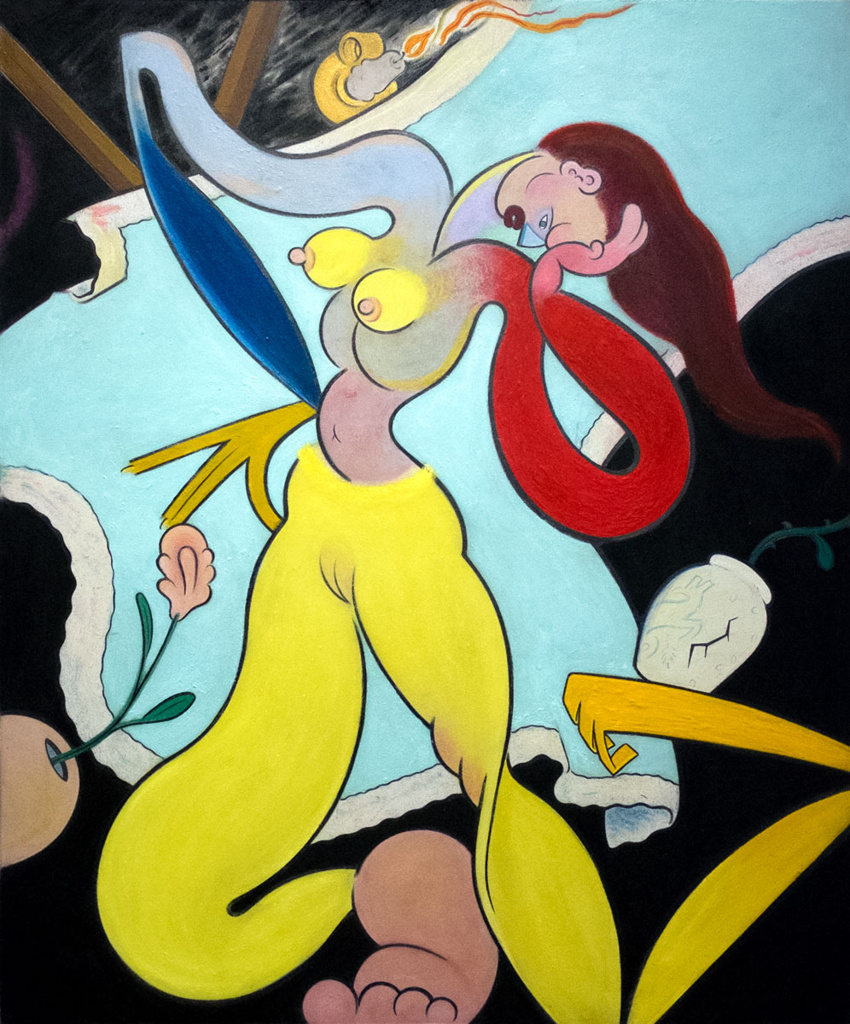 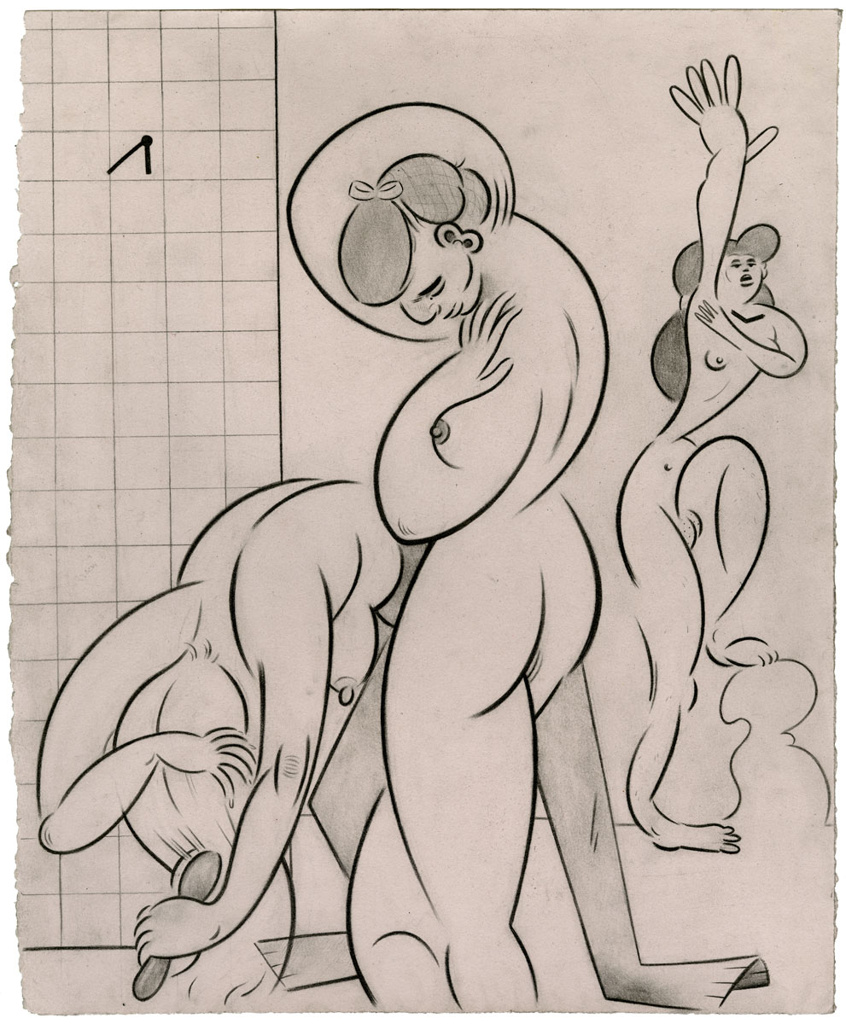 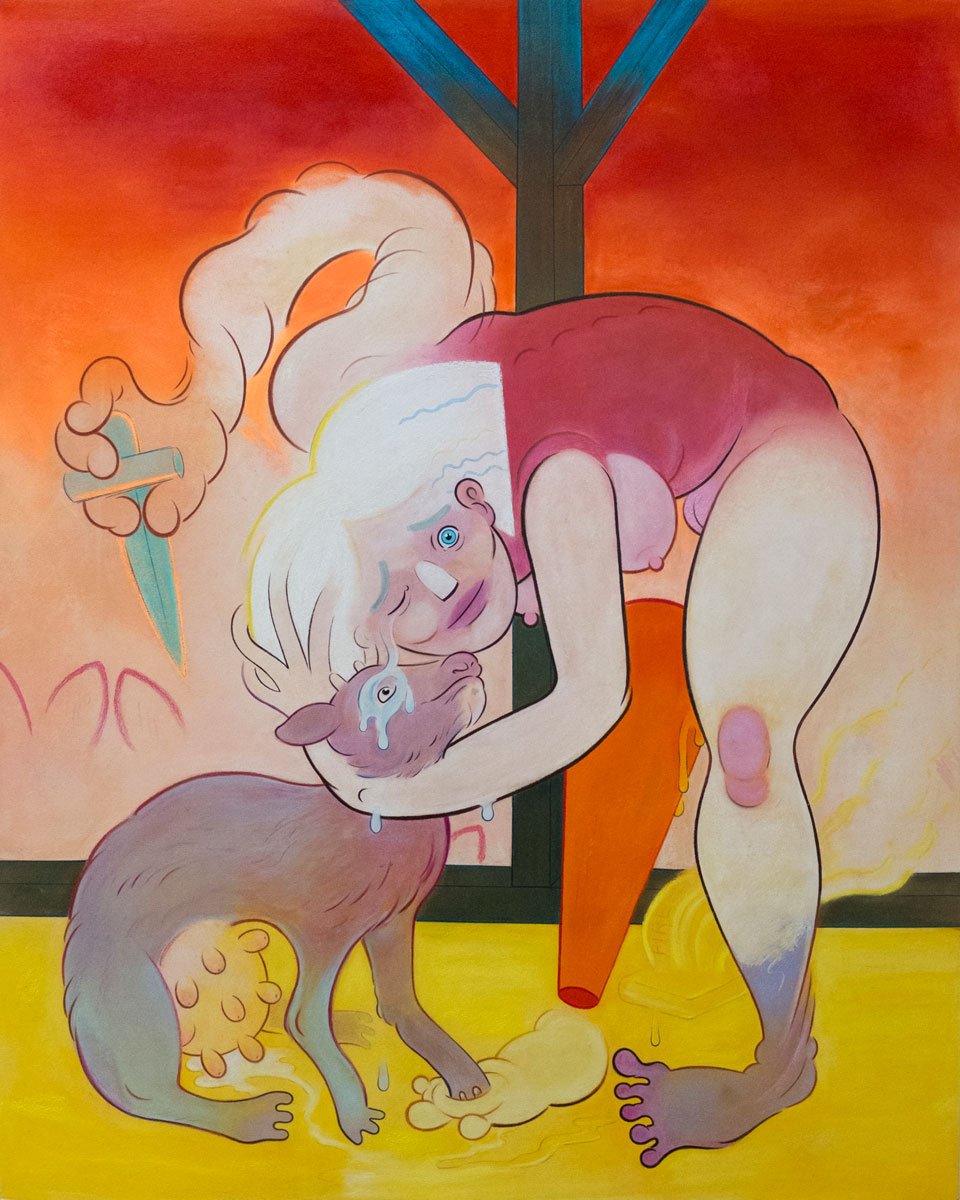 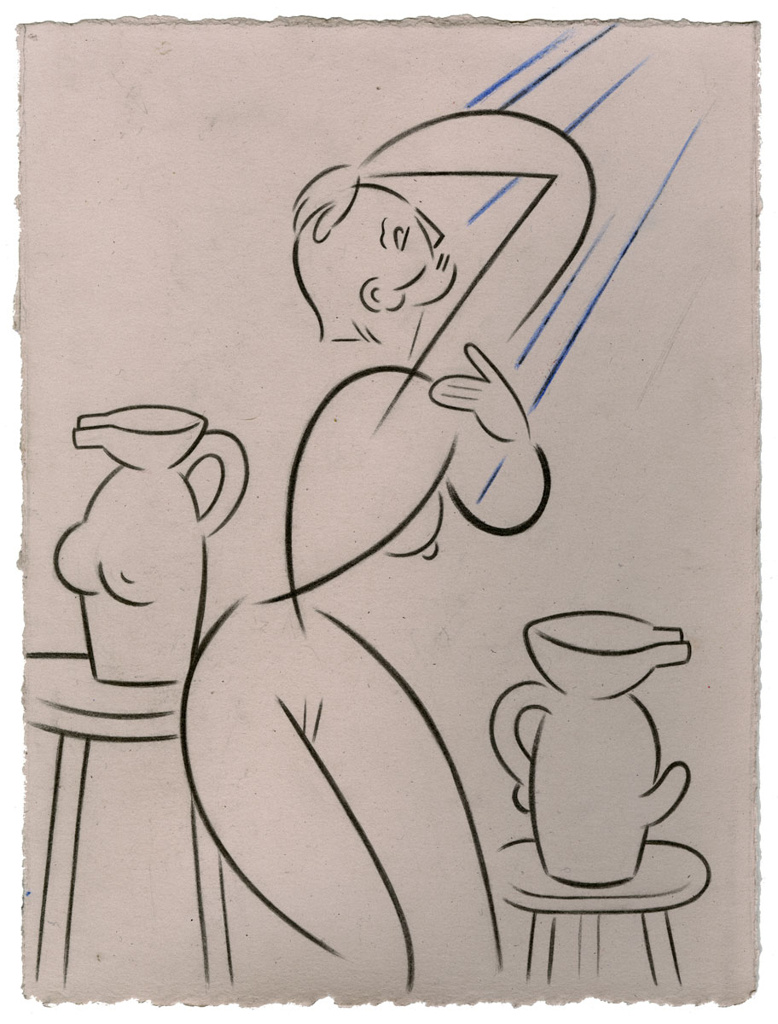 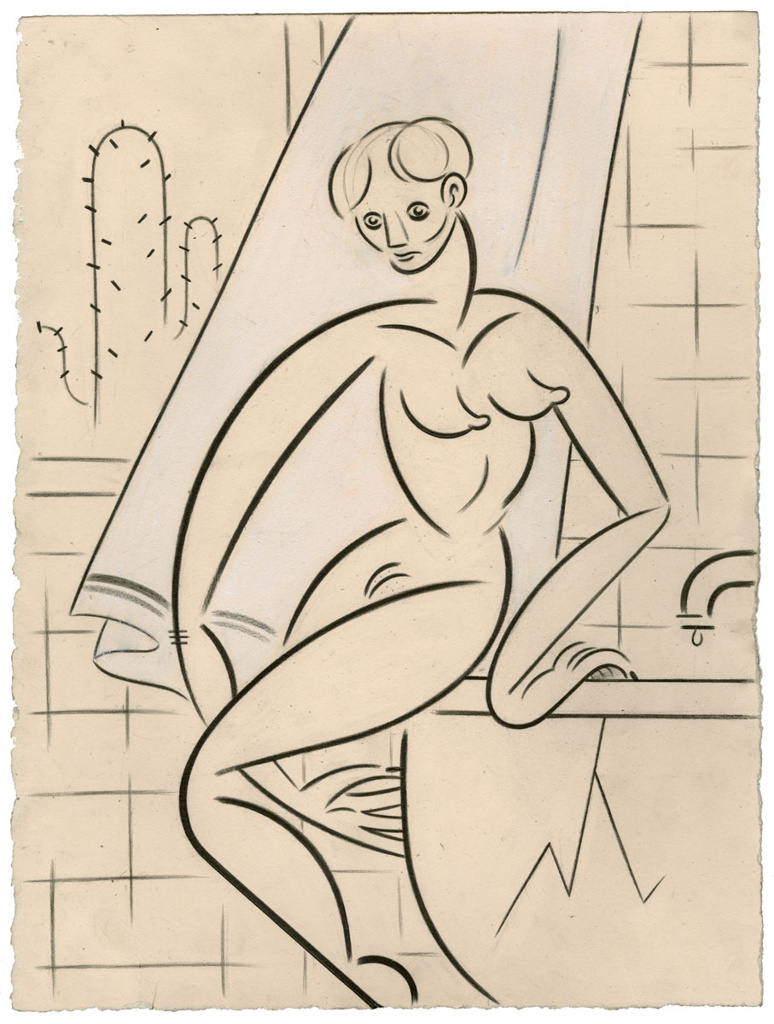 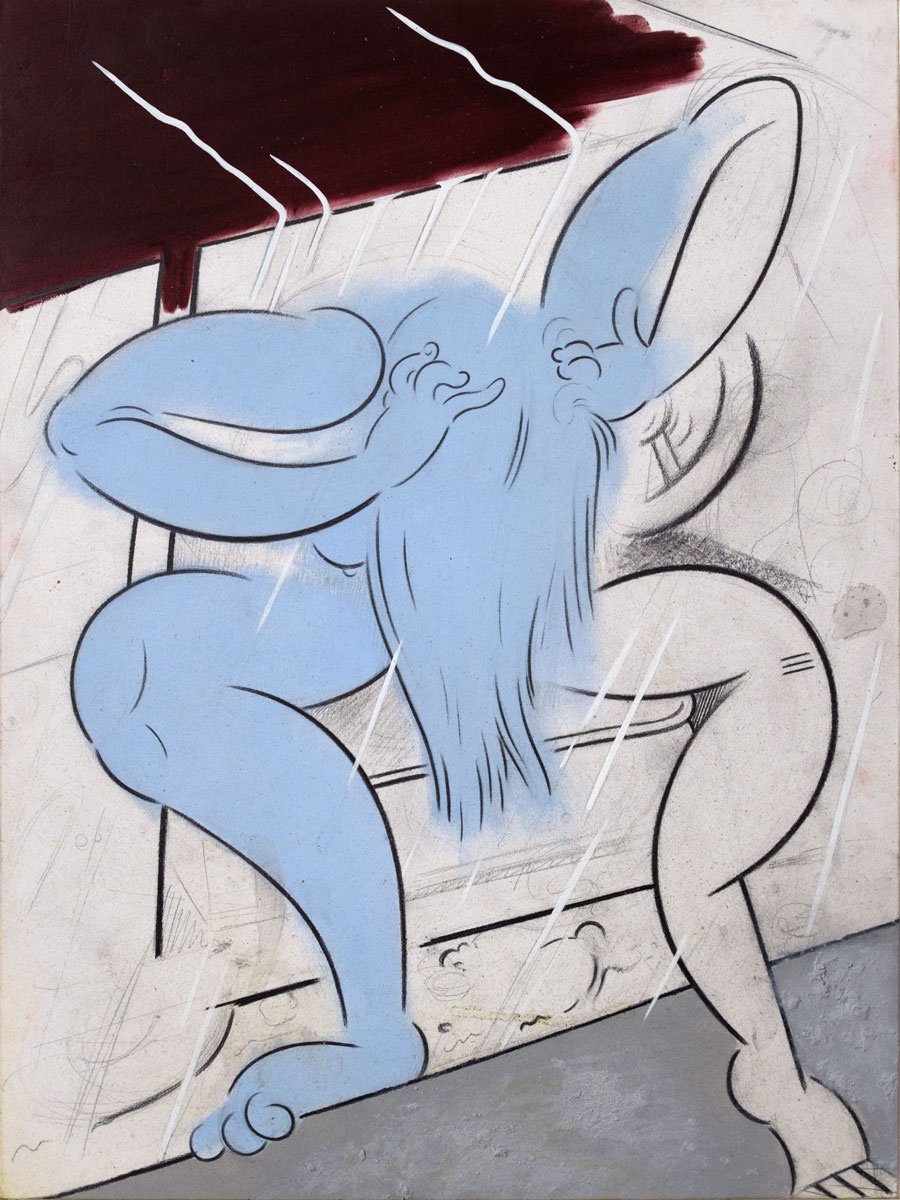