On his debut album Aloha Hola, David Stern (known musically as D.A. Stern) offers 11 sun-soaked, instantly gripping songs. Though Stern originally hails from the East Coast and only recently made the move to Los Angeles, Aloha Hola very much seems to be a California album. The beachy, upbeat guitar melodies, twinged with melancholic lyrics, seem reflective of the California ethos.

Musically, Stern is sure-footed. Stern has worked for several years as a producer and has worked alongside the likes of The Beastie Boys’ Adam Yauch as a recording engineer. However, much of Aloha Hola centers around uncertainty. In “In Pain,” a bluesy ballad of heartbreak, Stern begs a former romantic partner to come back home. In “Diggin’ for something” Stern sings a tale as old as time– trying to find a spark in a relationship that seems to be fizzling out. Or, as he cleverly puts it, “there used to be a water flowing.”

Originally released in 2016, Aloha Hola was recently re-released via Slumberland Records. Since then Stern has kept busy. Stern plays shows all over Los Angeles, most recently of which was a set for Echo Park Rising. He has also released two new EP’s (Isn’t It Obvious and Nosh Lately?) I sat down with Stern in his studio in Echo Park to learn all things, D.A. Stern.

So, how has it been working with Slumberland?

Slumberland’s been really good, great, I would say. Especially after Aloha Hola didn’t get a very fair shake at its release. The album came out again, re-released in January, and then they put out the new EP. Now they’re about to put out the split EP I’m doing with Jacuzzi Boys of Beastie Boys covers. So, it’s cool. It’s a well-respected family to be a part of. 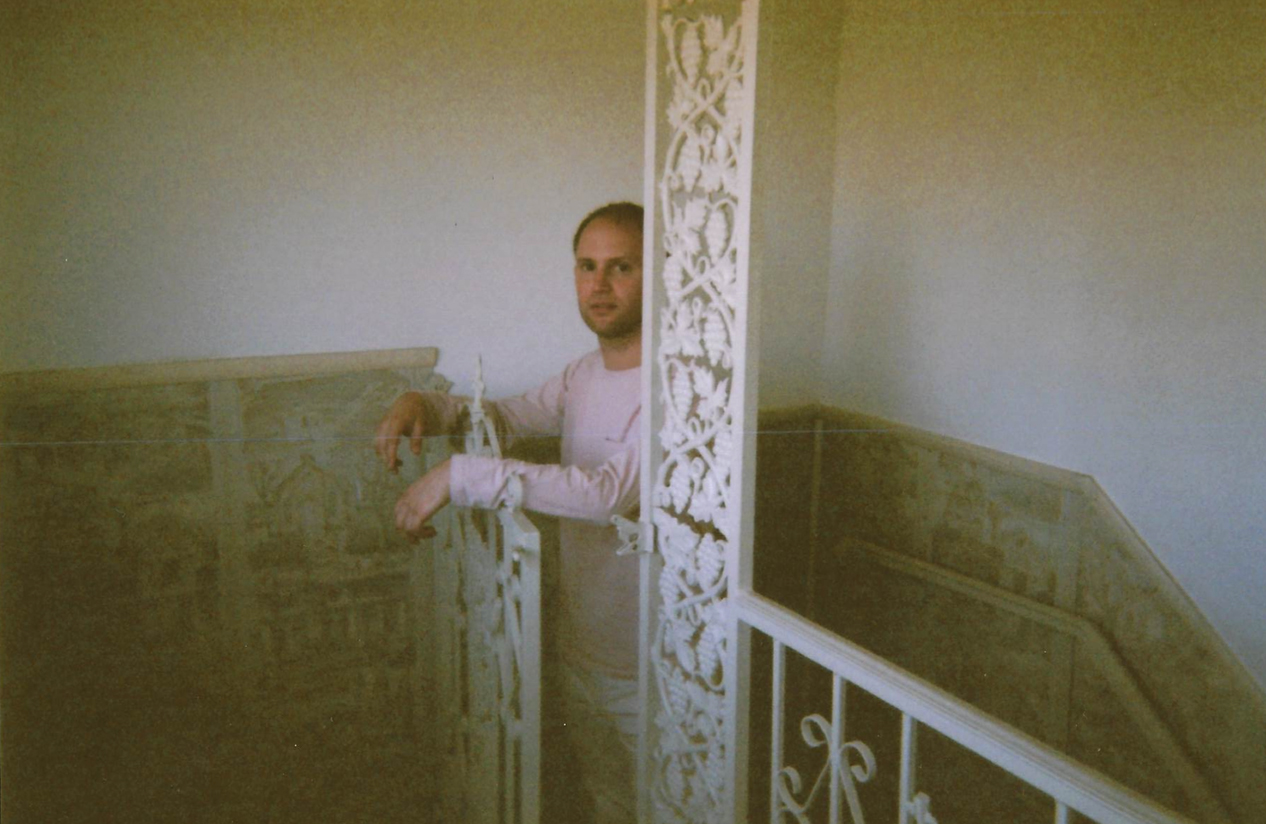 Could you tell me about the new EP?

The new EP is called Isn’t It Obvious, and there are four tracks on it. One is brand new, the title track, and the rest are left over from the time I was recording Aloha Hola. Two are covers, one of a Frankie Cosmos song called “Art School,” and one of a Mannequin Pussy Song, who are a band from Philadelphia that segues into another original song of mine. I put the two of those together.

Why did you choose to cover Frankie Cosmos?

I remember going to see her when I lived in New York, and her playing that song specifically, and just really falling in love with it. I was trying to record a lot of covers at a certain point, and I always just really liked that song. I figured I could do it fairly easily and, yeah, that’s pretty much it. Also, I wanted to try to do different things stylistically that might also fit into what one might consider the “D.A. Stern Lens.” I don’t think my music and Frankie Cosmos is totally dissimilar. But I would never describe them as being very similar.

I loved the “Bluedgenes” music video!

What inspired the baseball stuff?

So, I was brainstorming with my friend Thaddeus Ruzicka, who directed that video, and it was actually the first time we had met. Naturally, we were talking about baseball, because baseball is something I’m very passionate about. I learned that he was passionate about it too, and we got to talking about our favorite baseball movie tropes– the slapstick-iness and things like that. Like, at the end of The Naked Gun or in Major League, and all these little set pieces that are cornerstones of baseball movies. We figured it would be fun to remake some of those in movie form.

Nice. You’ve done a couple other music videos–I love the “Am I Ever On Your Mind” video, which is also one of my favorite tracks off of Aloha Hola. What influenced the video?

That was another brainstorming session with my friend Josh Fu. I don’t know if you noticed from the video, but the restaurant was called Fu’s Palace. So, his family actually owns that restaurant, and we had the idea of shooting at a Chinese restaurant. You know, it’s funny– baseball and Chinese food are two things I don’t think I could live without.

So I thought, what would my dream scenario be at a Chinese food restaurant if I had it all to myself? And he was like, you know my family owns a Chinese restaurant, so even though our budgets are always very limited we always find ways. The custom fortune cookies were great.

Josh custom-made those. We had many conversations over what they should say, and how I should react to them. He did a really good job. I don’t know how he got them– I don’t think he got them inside a cookie. I think that’s all my Oscar-worthy acting. 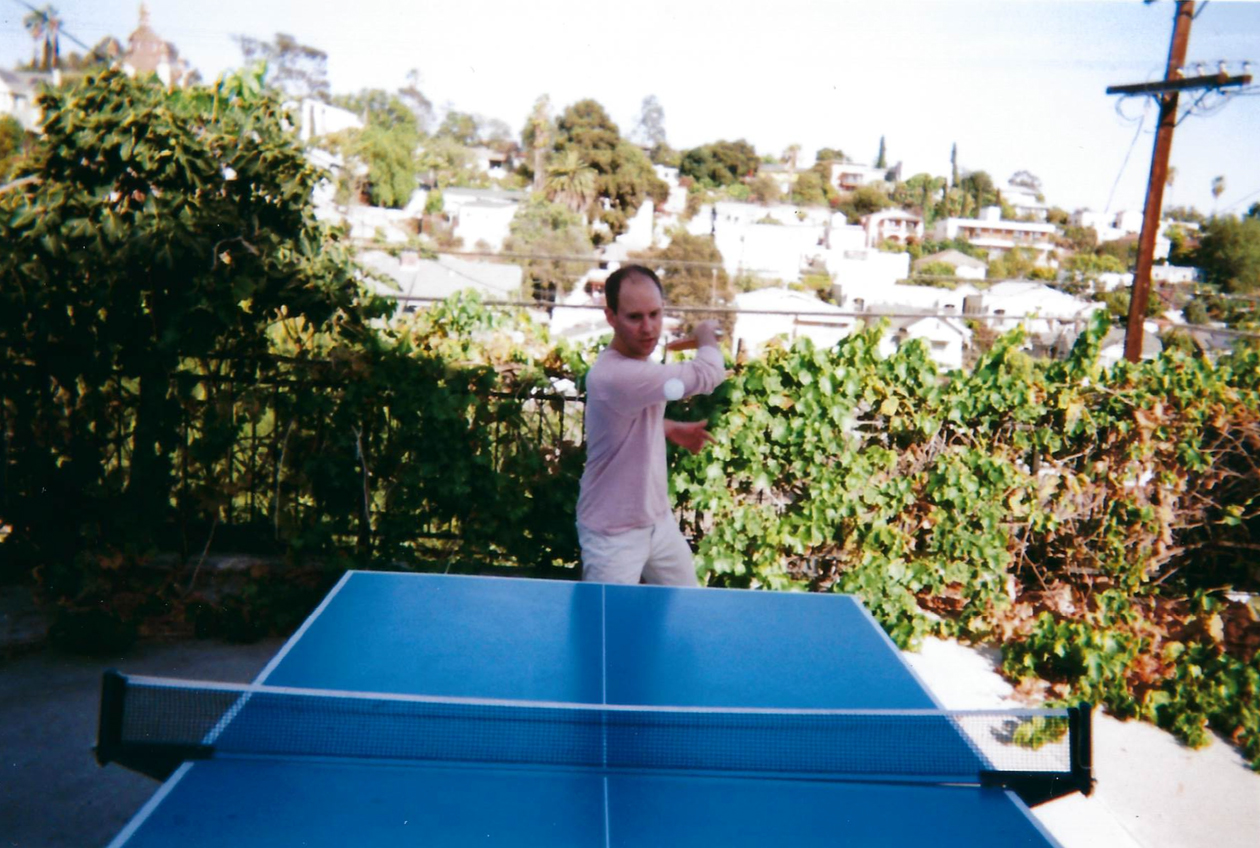 How was touring with Cherry Glazerr?

I actually only played one show with her actually. Which was at the Monty last year for a charity. It was a lot of fun. She’s really sweet, her band is awesome. Fun fact about that show is our keyboard player couldn’t make it so we had a sax player fill in. And then a few weeks ago it was the second time I played at the Monty and the same thing happened. So, the Monty is two for two for D.A. Stern shows with saxophone players.

I feel like your music, especially the first album, is very beachy and LA. Do you think there’s any truth to that? Or do you think living here has changed you musically?

I think… I hear it as a sunny album, but I also think of it as a very New York album. I don’t really know why. I wrote those songs when I was in New York. I do think that naming the album Aloha HOla lends some weight to it coming off as sunshine-y or Californian. I just feel personally that my attachment to those songs is very much rooted in New York. But musically it is kind of sunny. So yes and no.

Can you tell me about the new project with Jacuzzi Boys?

Yeah! SO, Jacuzzi Boys are friends of mine, and they’re also fellow Beastie Boys fans. So, I asked them if they wanted to do a split 7” with me because it’s the 20th year anniversary of Hello Nasty coming out, and the timing actually also just works out where it’s very close to Adam Yauch’s birthday in August. They were down to do it. So they and I each recorded a song and it’s coming out soon.

How did you get to know them?

Nick’s a close friend from college. I went to go visit him in Miami where I met Danny from Jacuzzi Boys. We instantly hit it off because the second I stepped into his house before going to a baseball game, the first things I saw were Harry Nilsson and Big Star posters. I was like, this dude’s gonna be a friend. So yeah.

I’m a Libra on the Scorpio cusp. Heavy. Heavy cusp.

Do you believe in that stuff?

Uh, I don’t wanna insult anybody. (laughs) I don’t believe it or not believe it. I think I can’t tell if there’s truth in it or if the truth is in hindsight. I think I behave like what a Libra and Scorpio are described as behaving like, but I also probably behave like how all the astrological signs behave. So I don’t put any stock into it, but I would never discredit it.

Gotcha. Why did you decide to use the name, D.A. Stern?

David Stern is un-Googleable. He was a much-reviled figure in NBA history, being the most recent commissioner before Adam Silver. And a lot of people have negative feelings towards David J. Stern, and I wanted to be Googleable. I also think D.A. Stern is just cooler sounding then like, “hey, did you hear this Jewish guy’s album?”

What’s the A for?

I know you’ve been playing a ton of shows in town, how have those been going?

They’ve been great! The band is a well-oiled machine, firing on all cylinders. They’ve been a lot of fun, it seems like people are getting more and more receptive each time we play.

Who would your dream collaboration be with?

Okay. Dead would have to be Harry Nilsson. He’s my hero, my favorite ever. I also think that, without trying to sound delusional, we share some common interests and sensibilities. We both enjoy melodic pop and rock n’ roll songs that have (at least in my case) a slight injection of humor. Alive would have to be Lucinda Williams, who is just a hero.

Yes, very pumped. I’m playing at another one of my favorite venues, Little Joy, and it’s also my neighborhood. Or, as the British say, my local. 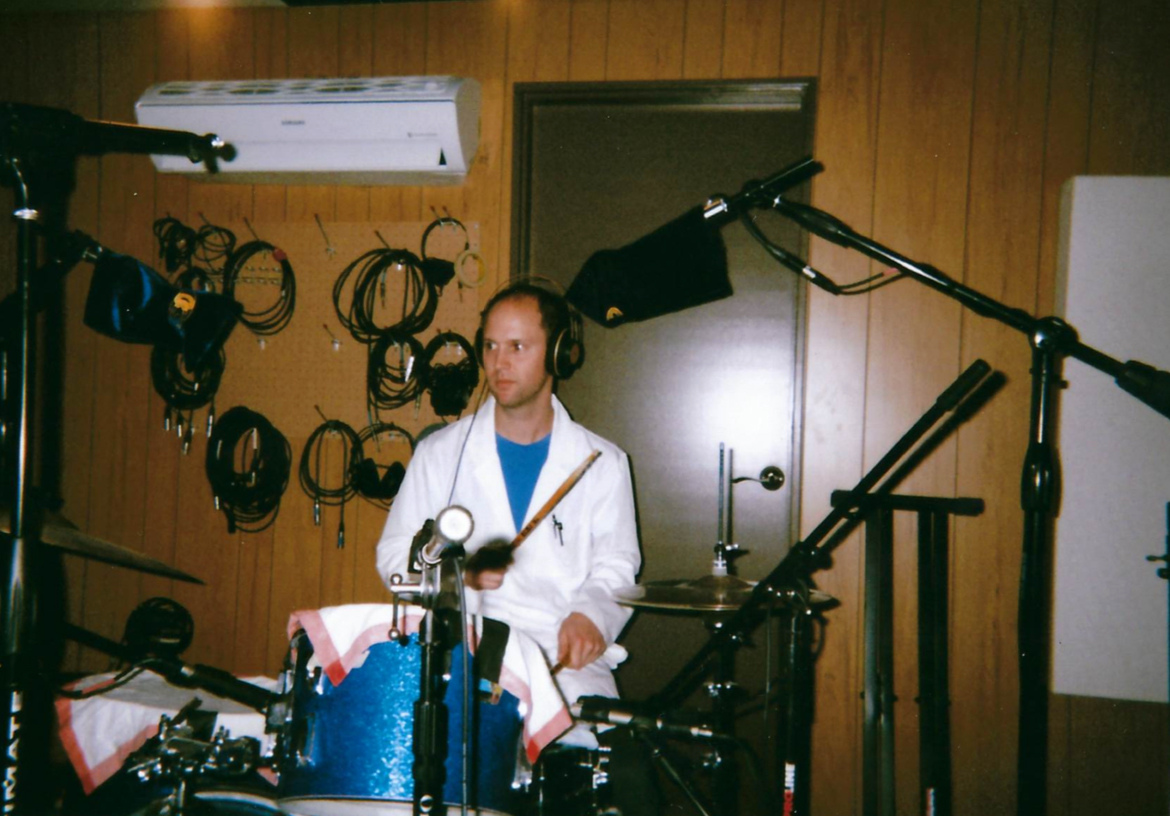 So why do you wear a lab coat!

Okay, so the lab coat idea for the recording studio is something I got from two places. One is Oscilloscope Studios in New York City, where I used to assist. We wore lab coats anytime we’d have a client come in as a sort of “we’re scientists” kind of thing. And the other idea for it comes from Nick Cave, who I’m also somewhat obsessed with. Apparently, he has an office where he goes to write, and when he goes to his office he wears a suit and tie because he has to get dressed up to go to work, to be in the mindset of working. So I feel like I need to wear this lab coat when I’m in the studio because you’ve gotta dress the part.

How long have you had this one?

Why no pocket protector?

(Laughs) Pocket protectors are a hot commodity, I haven’t come by one yet. I keep forgetting to order one off Amazon.

They haven’t come to the East Side yet.