As If the Lineup Wasn’t Already Stacked, Desert Daze Announces Another Round of Artists

As if the line-up wasn’t already stacked, Desert Daze has announced yet another round of artists that will be headed to the California desert in October.

New lineup additions include the magnificent and quintessential shoegaze group Slowdive, along with modern West Coast psych rockers Wooden Shjips, and a handful of LA mainstays including Cosmonauts, L.A. Witch, Death Valley Girls, and VinylWilliams. Amongst the announcements made by the festival today are daily schedules for the fest, and a couple moody and experimental, late night collaborative sets by Kikagaku Moyo with Boogarins and JJUUJJUU, and full sets from Deap Vally, Lumerians, and Prettiest Eyes. 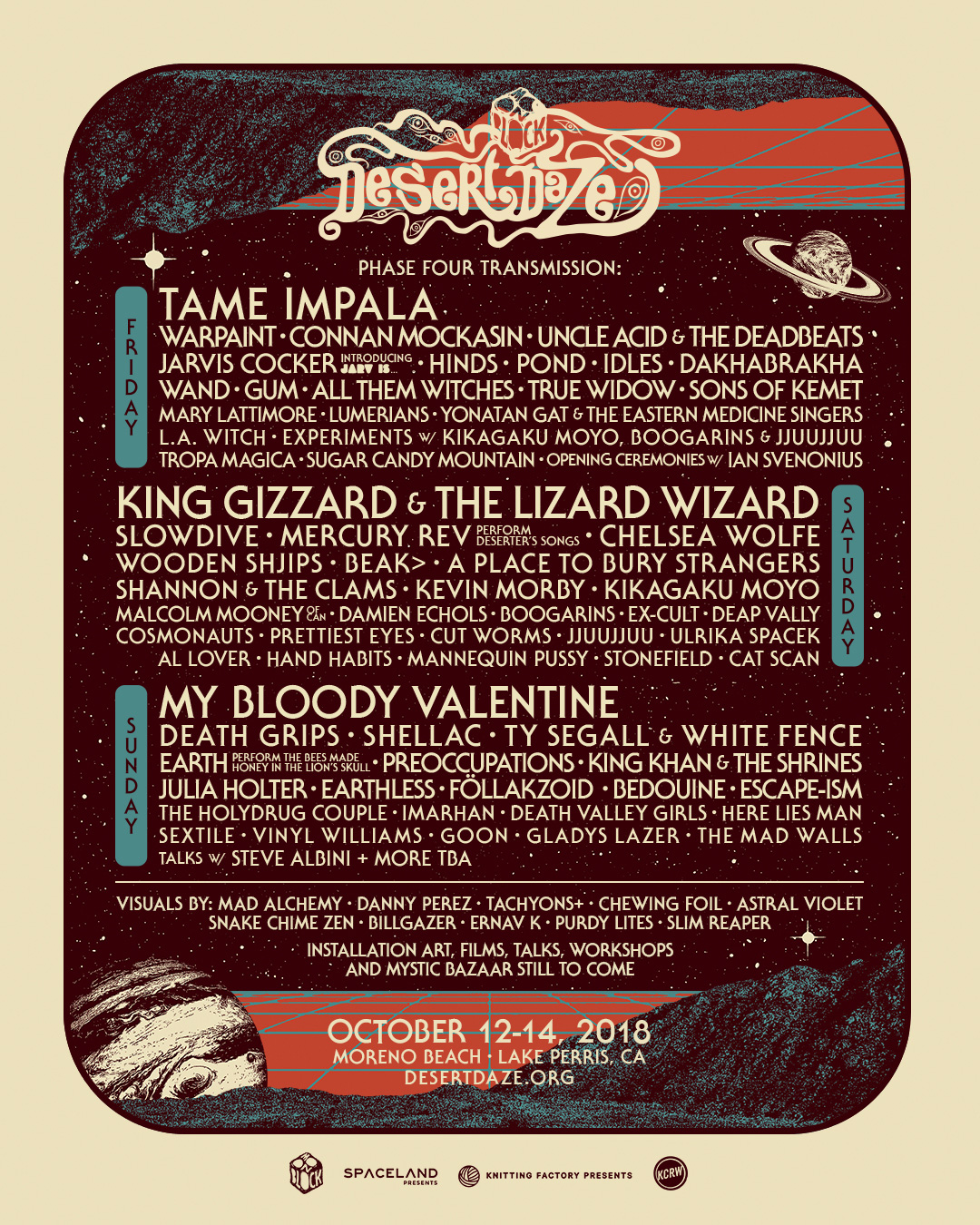