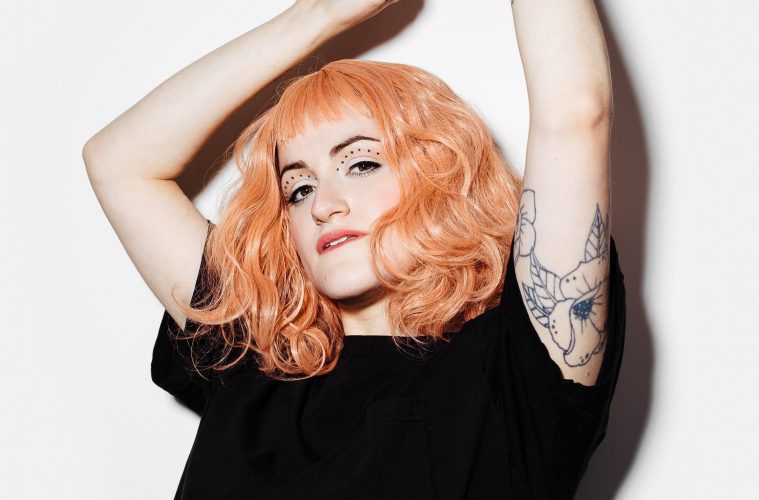 Exclusive First Listen: NOVA ONE’s “if you were mine”

When we met Roz Raskin it was 2014, and we were lost. Roz and the Rice Cakes—a rad DIY experimental pop band that Roz came to synchronous fruition with—was playing in an old warehouse space in Fort Point, Boston (which we eventually found), and a young amadeus (notepad, iPhone camera and tape recorder in-tow) wanted to meet them. Four years, a few magazine issues and a few bands under our respective belts, we caught up with Raskin, not of the Rice Cakes, but of her latest solo project, NOVA ONE.

The forthcoming debut album, secret princess, is the upshot of ten-plus years of personal growth, trials, errors and successes. In collaboration with Community Records and her own intuition, NOVA ONE—whose hair is a muted peach bob against Raskin’s azalea-pink do—sings about love and loss in oscillating 60s-pop tones: hazy, dream-like and calmative.

“if you were mine,” the second single off of her album, calls for deep hip swings and backup dancers—friends, preferably. (No backup singers necessary; she does her own backup vocals.) To come face-to-face with yourself is one thing, but to catalog point A to point B is a rare intimacy of its own, something Raskin never fails to amaze us with. Click below to listen for yourself…

“if you were mine”

NOVA ONE is made up of you, Roz Raskin, plus “friends.” Do they change? Do their identities matter? Was there a creative intention behind this choice, or just a nice way to collaborate with others?

NOVA ONE is a project that was born out of a need to find a place to put songs that are deeply personal to me and to my growth over the past few years. Every band I’ve creatively contributed to has definitely connected to me in a special, personal way, but this band often feels like a way of healing.

The “Roz Raskin and friends” is a reference to me having written and arranged the songs on secret princess but also acknowledging the presence and value of the friends and collaborators that often join me for live shows. Casey Belisle, the drummer from Roz and the Rice Cakes, played drums on two songs on secret princess, including “if you were mine.”

How long was NOVA ONE in either the forefront or the back of your mind prior to its 2017 fruition?

Technically the first NOVA ONE show was opening for Downtown Boyz at their inauguration protest show at Aurora in 2016. One of the songs is nine years old; most of the others are recent. So, in terms of a time frame, NOVA ONE has been years in the making.

What was the creative process like while working on Secret Princess? What got the juices flowing, and what (if anything) did you learn or perhaps appreciate more as a solo artist?

The process of writing NOVA ONE music is interesting in that I know what it is. I can visualize what it looks like. I hear the exact part that each instrument is playing, so much so that I played guitar and bass on all of the songs and did all of my own backup vocals. I played drums on a recording for the first time ever on the song “your girl” (shout to Casey and Big Nice Studio for encouraging me to do that). 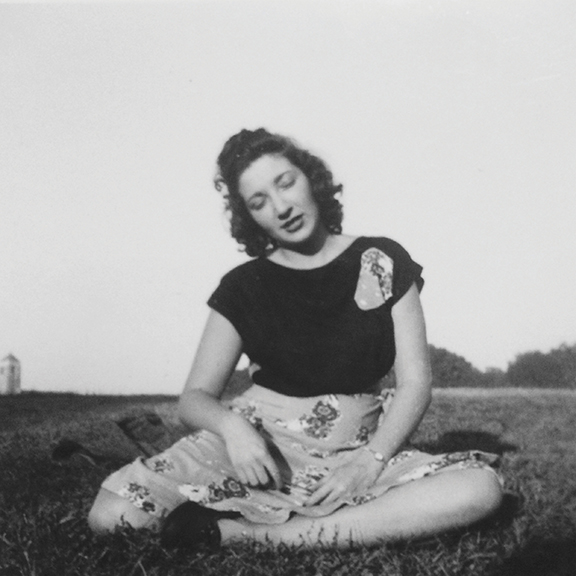 You’ve played in a few bands/groups—what has the shift from group member to solo musician been like? A relief? A lonesome process? A reacquainting with yourself?

I would say, generally, most things NOVA ONE-related have allowed me lots of space to self reflect, grow and understand myself and other folks in my life better. I think not having direct collaborators has pushed me to make calls on the production and music in a new and exciting way. A few years of psycho therapy and the music therapy of making these songs has provided me the ability to understand and accept my gender identity, sexuality and voice in a way that feels good.

Is there a story (or pieces of a story) behind “if you were mine” that you’re willing to share?

“if you were mine” is a song I wrote a few years back, right before I started the band HOTT BOYZ (that band played a version of it). The song explores the idea of bodies, intimacy and also mocks the idea of ownership in romantic relationships. The concept for it originated during a time I was having fun casually dating. I think the song asks more questions than anything else.

Since we reconnected in 2014, I’ve only known you as pink-haired Roz. What does pink “do” for you? It seems like an aesthetic staple of yours, and I’m curious about the color’s affect on you.

I love this question; what’s in a color? When I was a kid, and I first started painting, I would always mix red and white together to make pink. I would paint landscapes, all pink. Portraits of family members, in pink. When it came to other folks identifying me as a girl, I always felt like I was on the outside looking in. Like, when I saw girls I knew dressed up like Disney princesses, I got why they did that; I just never felt moved to wear the costumes, to wear my femininity. But I loved the princesses, the pink, the hair. I just felt a different connection to that feminism. Much of secret princess explores those feelings, and I think maybe my pink hair does, too. NOVA ONE’s hair is a more subdued hue than mine.

You’ve been a major force in Providence’s artistic endeavors for years, and an advocate for women in music, too. From your dual forefront-background point of view, what strides have we made? What more do we have to work on?

I’ve been on the board of Girls Rock RI for a little over a year, and I have also been volunteering for the organization for about seven years. I was lucky to have a few mentors in my youth that encouraged me to be creative, and I feel very privileged to have had that. In my adult life, I try to inspire and empower young folks in similar ways with nuanced language and practice. Arts and music are special ways of communicating feelings, identities and thoughts, and learning music offers interesting ways to problem solve and think critically. One of the biggest joys of life is working with young folks in the community through teaching. The youth are leading everything, and rightfully so; I’m doing my best to encourage that leadership.

Is there anything that you’re experiencing for the first time via NOVA ONE?

With the launch of NOVA ONE, I’m experiencing a different type of interaction with the music than I have experienced before. For example, YouTube is a wild world. People have been uploading their own videos of the song, and a friend of mine sent me a cover someone did of “your girl” the other day. I feel like such a YouTube novice.

Roz in 2018 wants to tell Roz in 2008: ”Take care of your body. Seriously. In a few years you are going to feel the effects of not treating it well, and then you are going to have to take a big break to figure that out. But don’t worry because you will figure it out. Also, no judgment; do what you have to do to grow, but always remember to listen more and to be sensitive to the folks around you. You never stop learning, ever.”

Any NOVA ONE plans, hopes, dreams that we should keep on our radar?

At the moment my plans include recording an album in the coming year and touring this fall.

When you’re not on a stage of some sort, where can you be found [ideally]?

Ideally I would be somewhere near the ocean. Preferably Matunuck or Moonstone Beach in Rhode Island.

Preorder secret princess here, out June 8! And be sure to follow NOVA ONE and Community Records on Instagram.