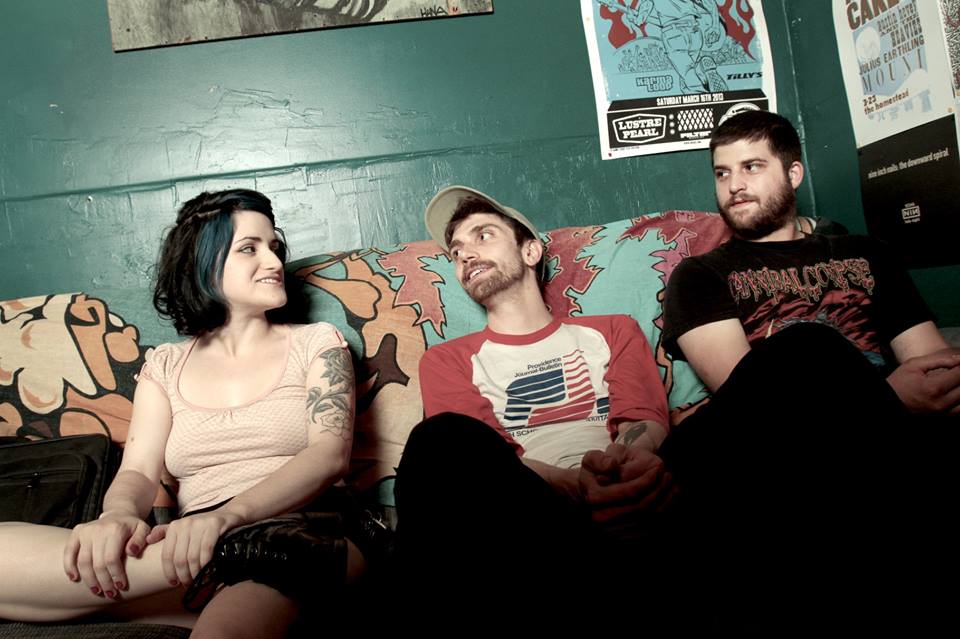 We first met Roz and the Rice Cakes back in early April at this totally awesome, scuzzy loft show in Boston where the Providence-based three piece laid down an electric set of mesmerizing and uncategorizable compositions, and instantly made us faun over their energetic new album, Need to Feed. Since our original run-in with the band, Roz and the Rice Cakes have ceased to stop working; they officially released their first full-length, premiered their first music video, have been touring non-stop, and just finished recording a simultaneously angsty and colorful recording for the infamous Daytrotter Sessions.

With no indication of slowing down, Roz and the Rice Cakes gave Amadeus the exclusive on their brand spankin’ new video of the band recording their sultry-sounding tune, “Floor Boards.” The video, filmed by Paul Medeiros and Jeff Fernandes of CrashBoomBang Media, was recorded at the historic Columbus Theatre in Providence, where the Rice Cakes recorded the new album with the help from Ben Knox Miller and Jeff Prystowsky, the famed frontmen of The Low Anthem. It’s mesmerizing to watch as Roz and drummer, Casey Belisle, emphatically trade off singing, on top of Roz’s equally assertive piano playing.

More from the Roz and the Rice Cakes at http://www.thericecakes.com and to listen to Need to Feed, check the links below!