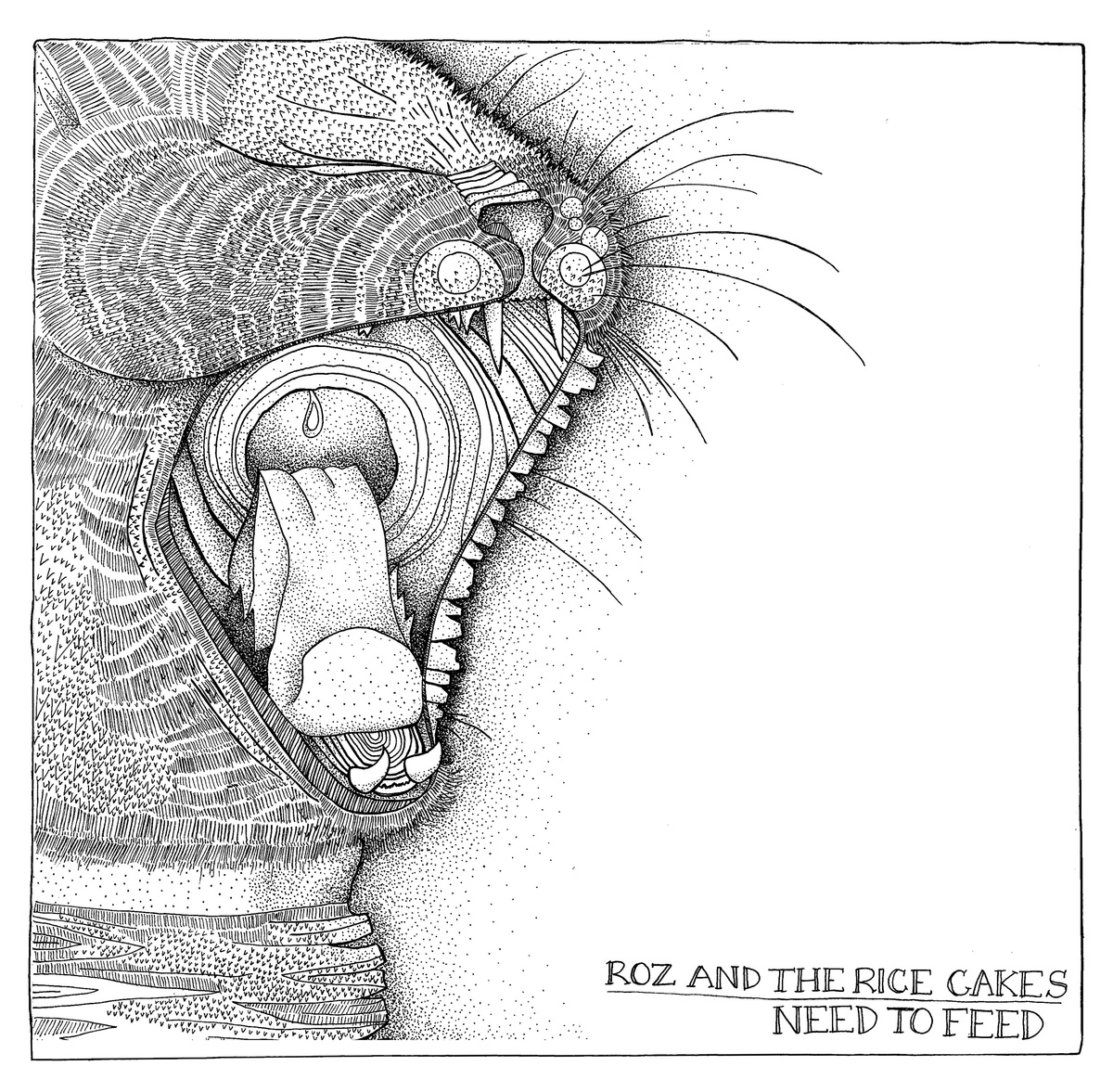 There are no words within the first minute. A riff, then some cymbals; fingers pick with quick precision and a keyboard’s notes enter, leveling it all out. They build the beat until we’re familiar with it, until we feel it as deep as they do.

From their respective orbs they move with their parts: Roz swaying side to side; Casey, head back, mouth open; and Justin rocking in time with every beat.

Roz looks over her left shoulder for a quick nod from Casey. You wouldn’t notice if not for her smile; Justin shares in the smirk and they change the tempo, perfectly in sync.

As a unit, their stage presence is envious: three people so in-tune with one another and the vibrations of their instruments that no beat is ever broken.

This is the first full-length album of the steady lineup, Roz Raskin and her rice cakes, Casey Belisle and Justin Foster. The cover art tells it all: a wide-mouthed cat, throat visible and looking to feed. “I’m highly allergic to cats but I’m also really fascinated by them, so I guess that was involved with it, too,” says Raskin, the artist behind the expressive cover art.

Roz & The Rice Cakes (yes, rice cakes were involved in the informal christening) can’t be duplicated. From the hand-made props to the far-out harmonies, the Providence, Rhode Island trio takes DIY to a new level, creating and interpreting music as their own.

Their latest production, Need to Feed, evokes a similar wonder. The twelve-track album spans a collaborative process of about two years, flowing into itself, uninterrupted, as an ongoing story. “Instead of filling up a record with the same kind of songs we try to make it a whole soundscape, from ambient styles to rhythmic,” says drummer, Casey Belisle. Heads don’t dance to the lyrics, to the beat, or to a chord; they dance to the the series of songs as a continuous and amazing whole.

Where did you come up with the new experimental sound?

CB: Just messing around with different sounds and really trying to do stuff that challenges us in different ways, too. Like figuring out how to play something without drums, or how to use a guitar differently. On “Need to Feed” Justin uses the acoustic guitar in a weird bass-y kind of way, you know?

What’s your ‘Need to Feed’?

Check out Roz & The Rice Cakes at thericecakes.com