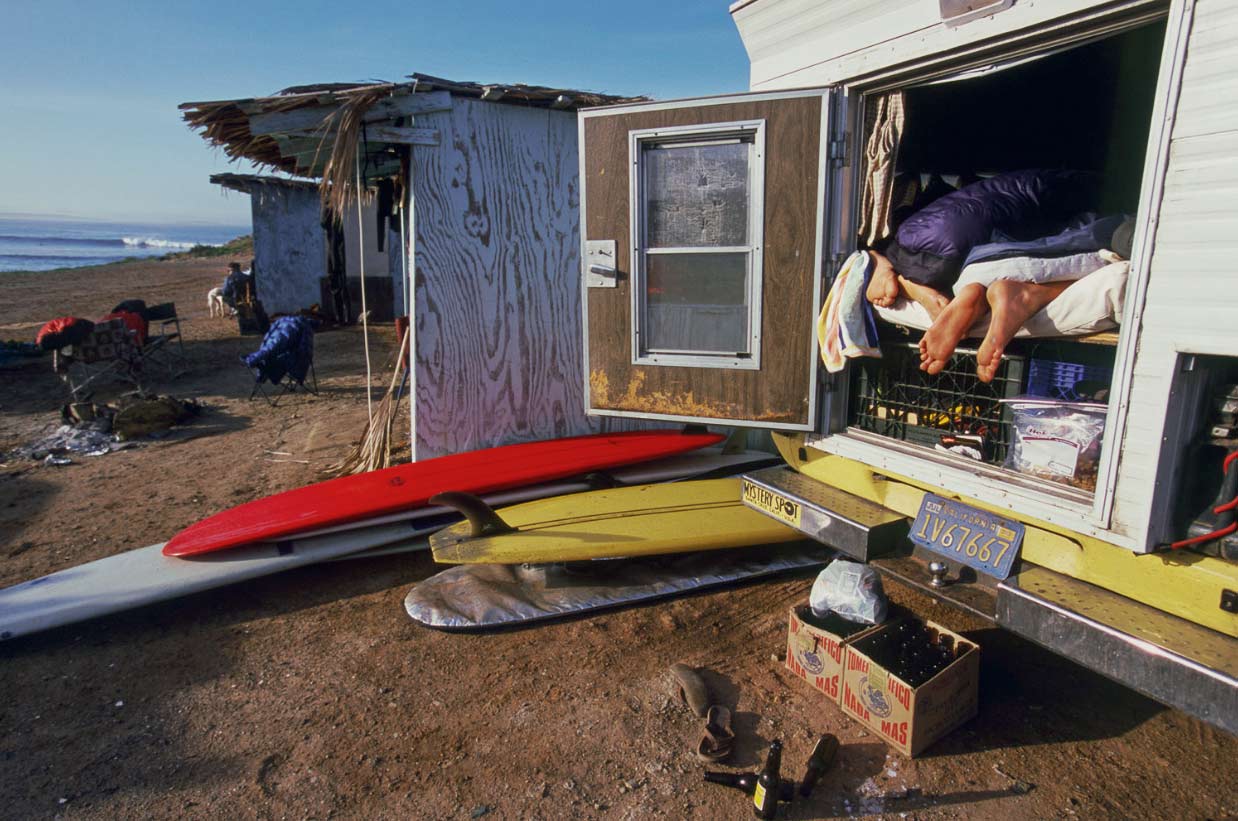 Walking into Handlebar Cafe in downtown Santa Barbara with Converse high tops half hidden by cuffed blue jeans, and a brown t-shirt, no one, including the blonde with the latte would be able to tell that climber, surfer, former north shore lifeguard, flight attendant, Patagonia staff photographer, and all around waterman Jeff Johnson was standing in line with them. Jeff wouldn’t be able to tell either, it’s not something he went to school for or dreamed of doing when he was young, he looks at his photography and what he does in a simple way, just capturing moments spent with friends.

Johnson was raised in Danville, California but moved to Hawaii in 1987. “I just really loved surfing, I wanted to be where it was happening and the North Shore was where it was all happening.” With an interest in becoming a fireman, Jonson had no plan or interest in photography, and ended up doing whatever job he could find. After a friend of his turned him on to becoming a flight attendant, seeing as it the job had a similar schedule to a fireman’s, and also had travel benefits.

It wasn’t until Johnson’s his mid-twenties, that he started to take an interest in writing and photography. “I was a terrible student in school, but in my twenties I really got into reading and read all the classic novels I was supposed to read in school. I got into some really good authors and became an avid reader, still am in fact,” he explained.

During that same time a friend of his was writing an article on one of Johnson’s favorite surfers, Eric Walter Haas. “Haas was arguably one of the best surfers in the world, but in an unconventional way you know? Like semi-homeless; he was in the Eddy and would stash boards in the brush or something.”

After learning the piece his friend was doing on Haas was only going to be a small side article he decided to do one himself. “I just thought, man, he deserves something a little more than that, I mean the guy’s a legend. Up until then I never really wrote, I just kept journals and carried around a point and shoot camera. So I decided to do it, I hunted down all these photos of him that were just mental and then got all these quotes from guys like Broc Little and Owl Chapman.”

Johnson then took his article and his travel miles, and flew to California to hand deliver the article to The Surfer’s Journal to see if they would publish it.

“I was driving away and they called me and said they were running it. This was in ‘99 or 2000 and to me that was, and still is, the holy grail, Surfer’s Journal. I will never forget how psyched I was. It was like I won a million dollars or something.”

Since then he has had several feature articles and numerous side articles and photos published in the Journal. But even after that first story ran he didn’t really see himself as a photographer. “I wasn’t thinking about making it a career though, I would do a trip and if I felt it was interesting enough I would send it to the Journal. It wasn’t like I was going out to be a journalist or anything. I would just think something would be cool or interesting. I would always read the piece to myself as if I was reading the Journal, is this cool enough? Would I like this?”

Johnson started sharing his photos from trips with friends and a couple times a year with screen slideshows in his backyard. “That’s what I wanted to do, just do these things and share them with my friends,” he says. “I started shooting more and more and eventually started thinking maybe I can make some money off this and started submitting stuff to Patagonia. The editor there really liked what she saw and started paying for my film and processing. Which was a big deal back then.”

He developed a good relationship with Patagonia even testing out merchandise for them, but still viewed his role there as more of a side thing. “I still had my job as a flight attendant and could travel to all these places. But eventually I made a couple key moves and it kind of just turned into a career. I had never really looked at it as a viable career, it was just a fun thing to do.”

In 2004 he went on a trip with Patagonia founder Yvone Chouinard and heard about Patagonia’s plan of trying to get into the surf industry again. He was skeptical about the plan he heard, they had tried to do this before and failed.  So Johnson along with professional surfer’s Dan, Keith and Chris Malloy got together to pitch their own idea of how Patagonia should launch a surf team.

“We told them, the way you’re going to do this is not going to work. You need a full team of guys dedicated and right for the brand. So we pitched them the whole idea and it worked.” Since then Johnson has gone on a countless number of trips, worked in product design where he helped design a pair of shoes that won gear of the year award from Outside Magazine in 2014, and has held the position of the company’s staff photographer, a position he was the first one to attain.

“I was pretty buried in all that stuff for some time. But I just love Patagonia’s product, they just make the best shit.”

After about fifteen years of shooting photography, twelve of them professionally, Johnson has decided to put down the camera a lot more lately. “I couldn’t really separate my work from my life, which is kind of a cool thing and I’m fortunate to have that, but it just kind of got to be a little too much after a while. Just always shooting and taking the camera with me.”

Johnson realized that the feeling of being in the moment is a lot more enjoyable than trying to capture it behind the lens. “The photographer is never enjoying the sunset with his friends, he’s shooting it. I was realizing, ‘Fuck, I’m only enjoying this when I get the photos back. I want to be there. I want to start doing trips where I am actually there.’“

Being married now and becoming a father this last year, Johnson has been trying to separate his work from his personal life. “I’m either bringing my camera and I’m working, or I’m leaving it at home and going surfing or climbing. I just know once I pick up the camera I’ll get carried away.”

Johnson likes to shoot at a more personal level rather than from a tripod on the beach staring straight into the barrel along with the dozens of other photographers standing two inches from him. He gets inspired by people, how they live, and their expressions. “I really have a fun time shooting people, doing portraits of people, their lifestyle. To me that’s the most fun. I get inspired by characters, friends of mine.”

Johnson’s future is still as it has always been, a somewhat mystery to him led by just choosing the next fun thing to do. “In my life I have never wanted to do just one thing, I always liked to do all these things, so it’s really hard for me to be like, ‘I’m just going to be a photographer.’ But I think by the way things are going it’s just in my deal, that’s what I do and that’s what I excel at so it looks like I’ll be doing it for a while.” 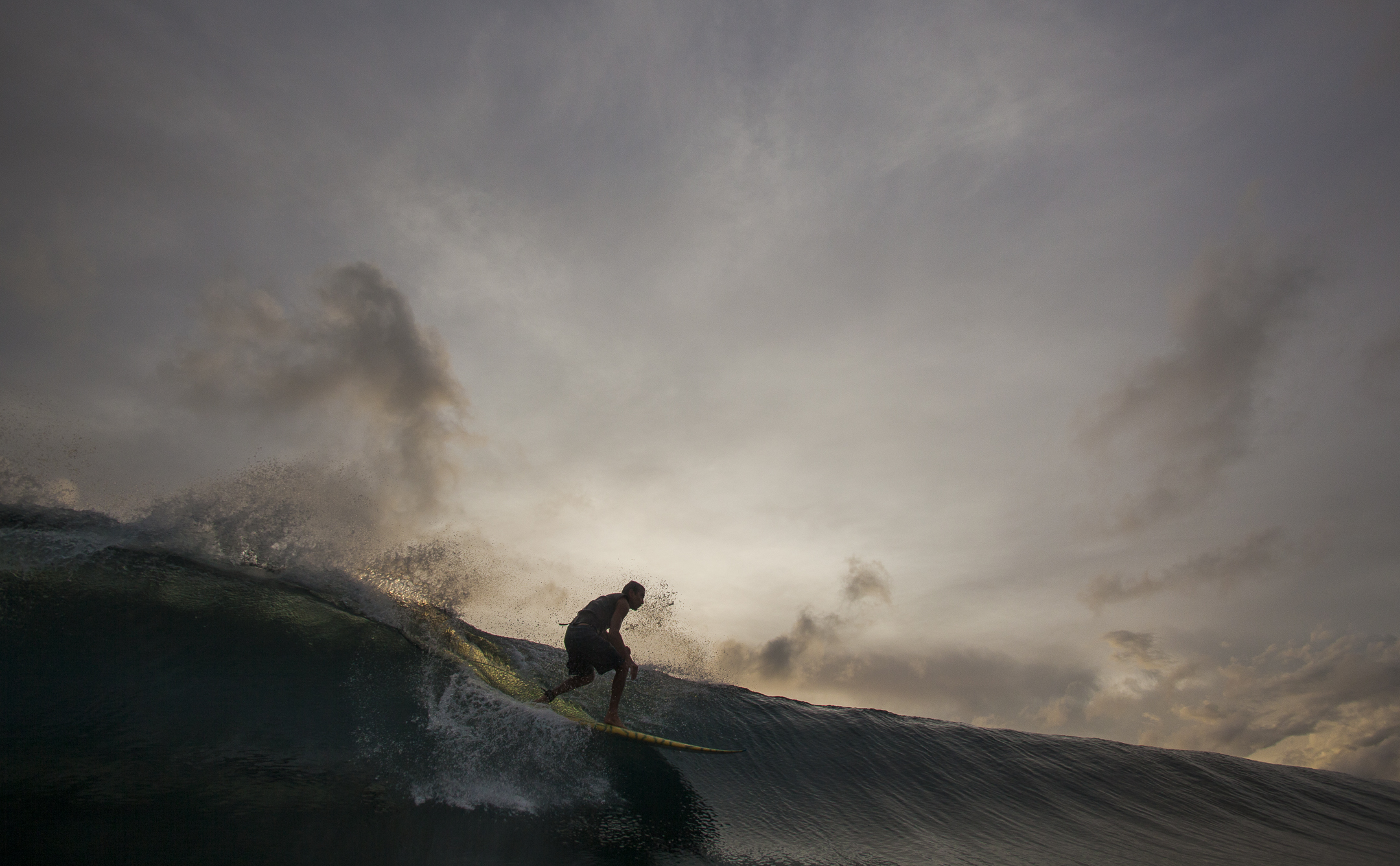 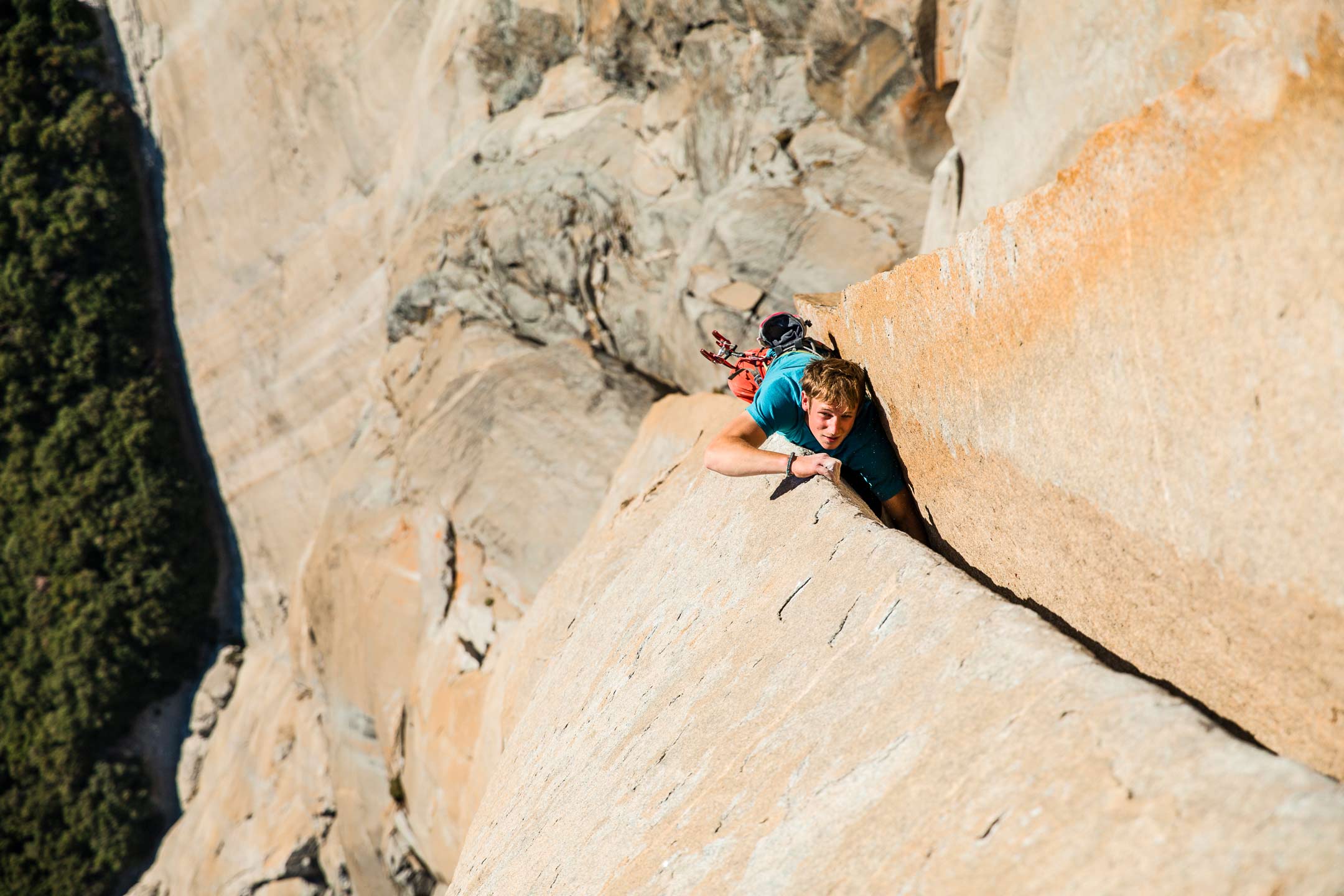 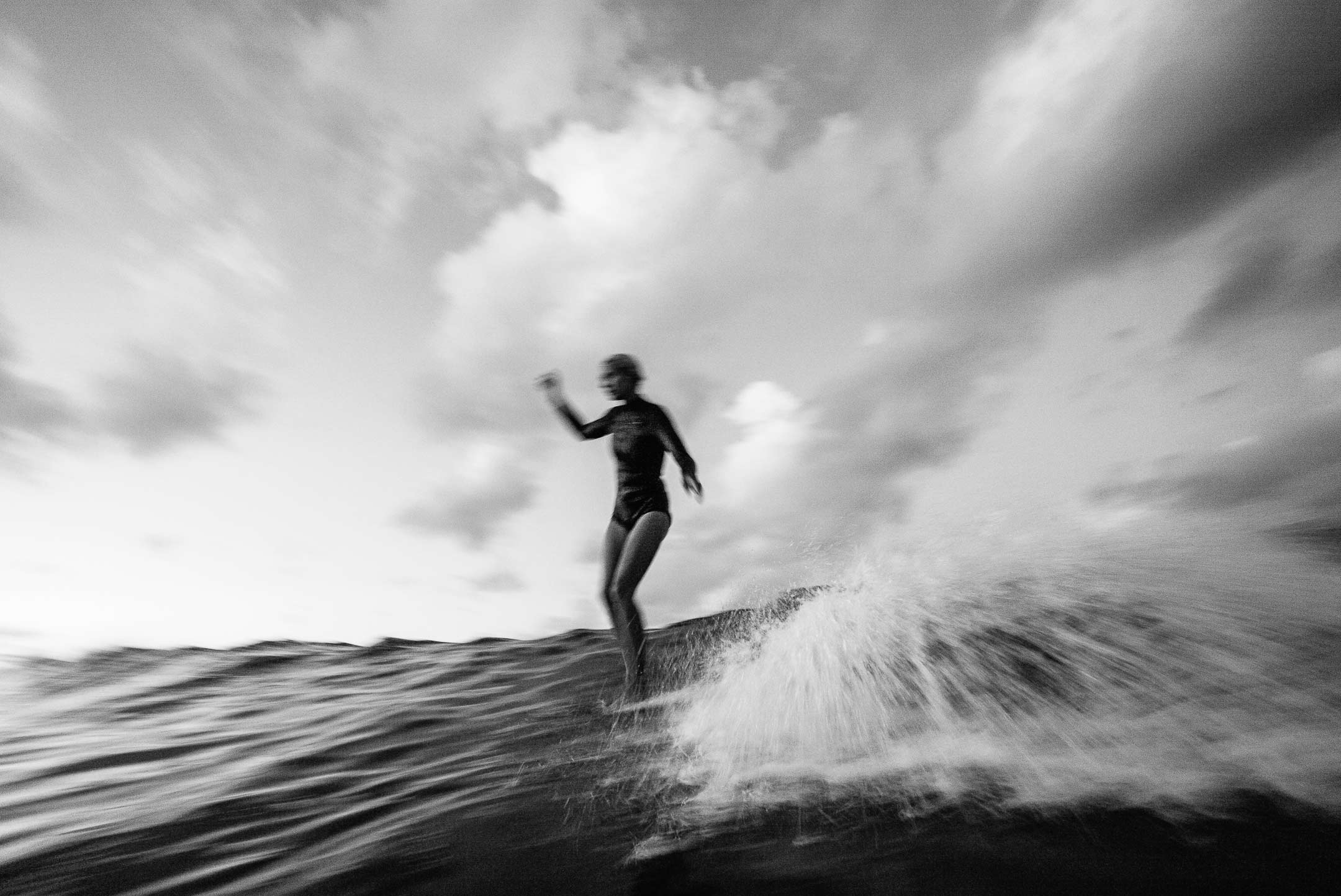 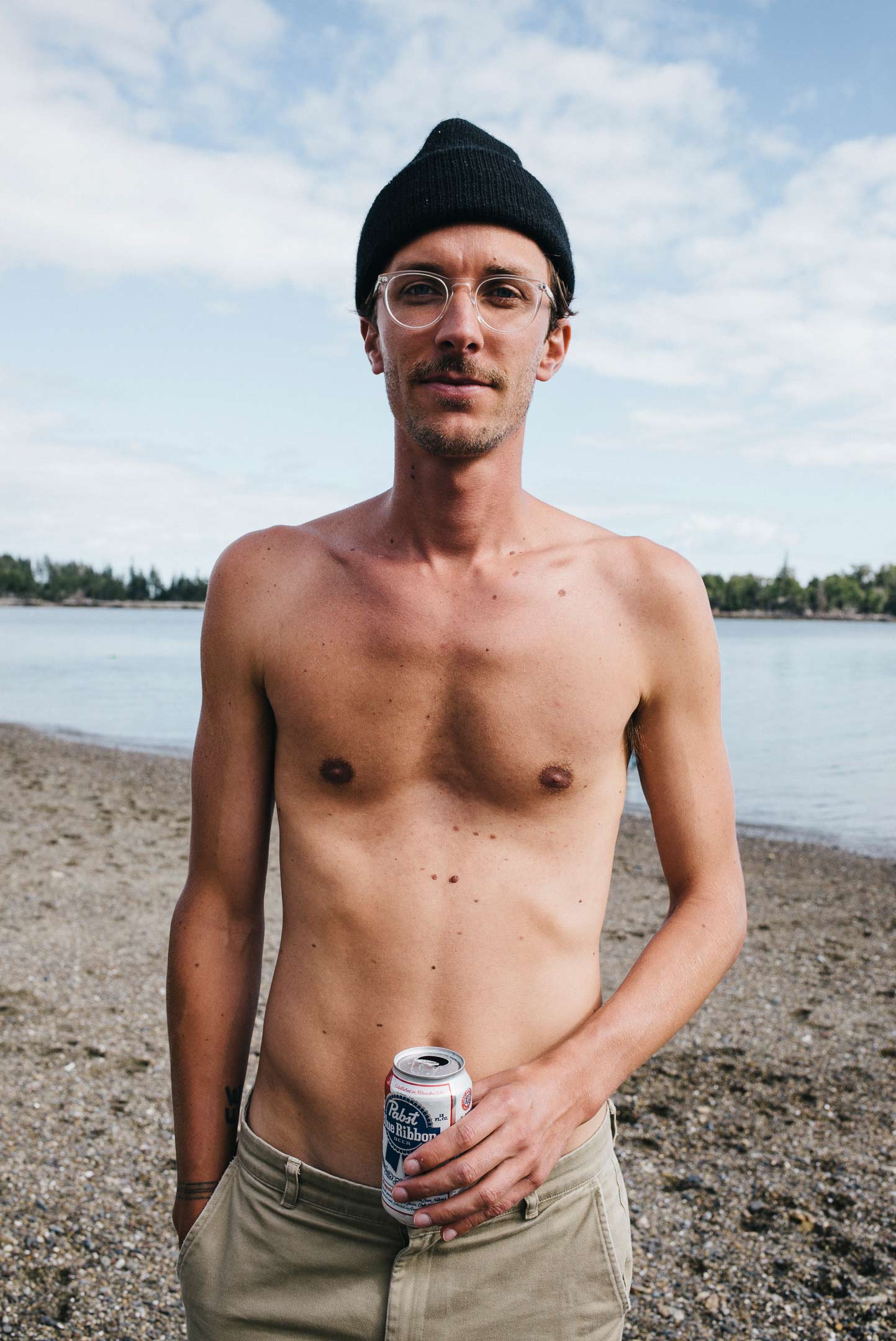 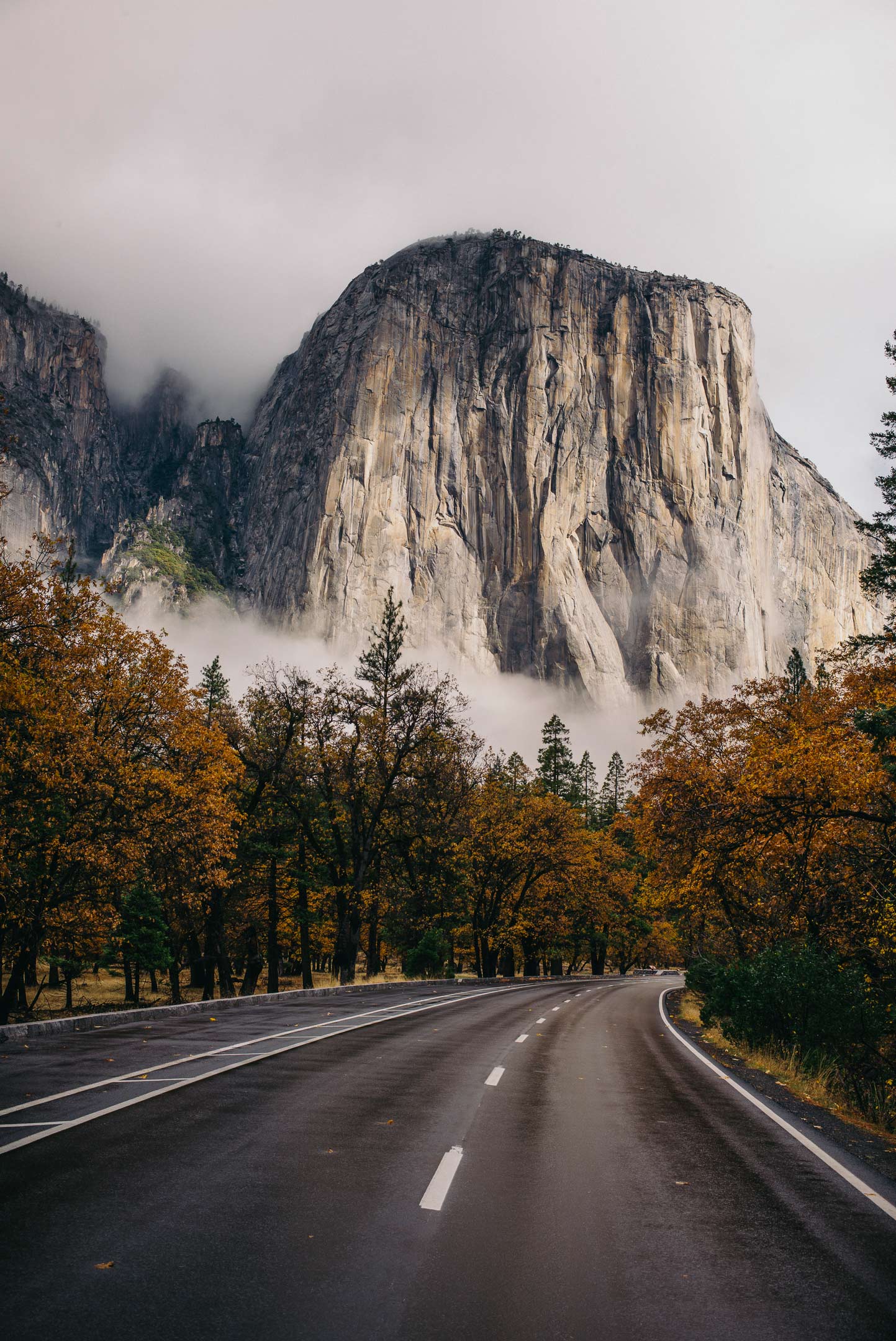 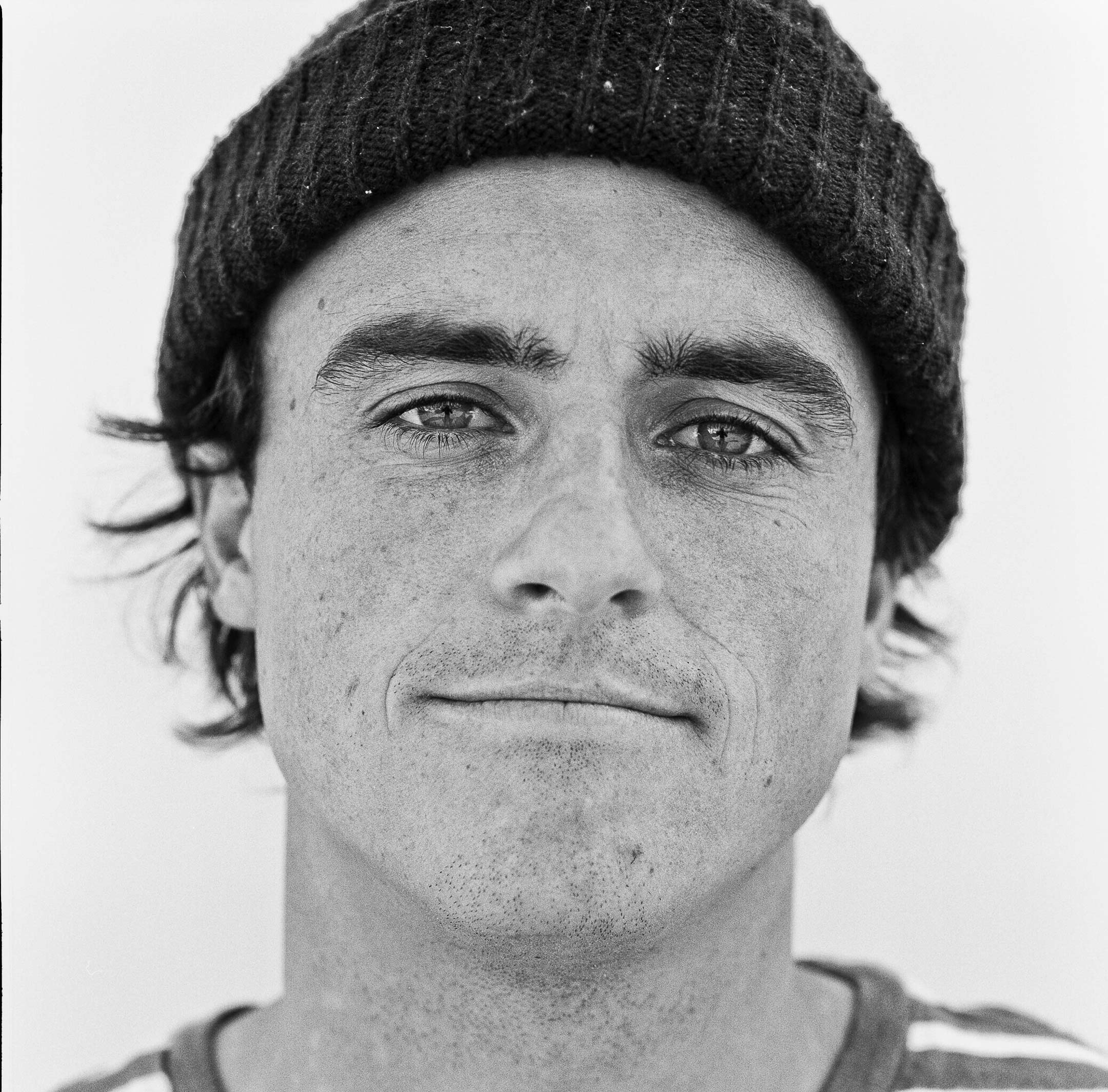 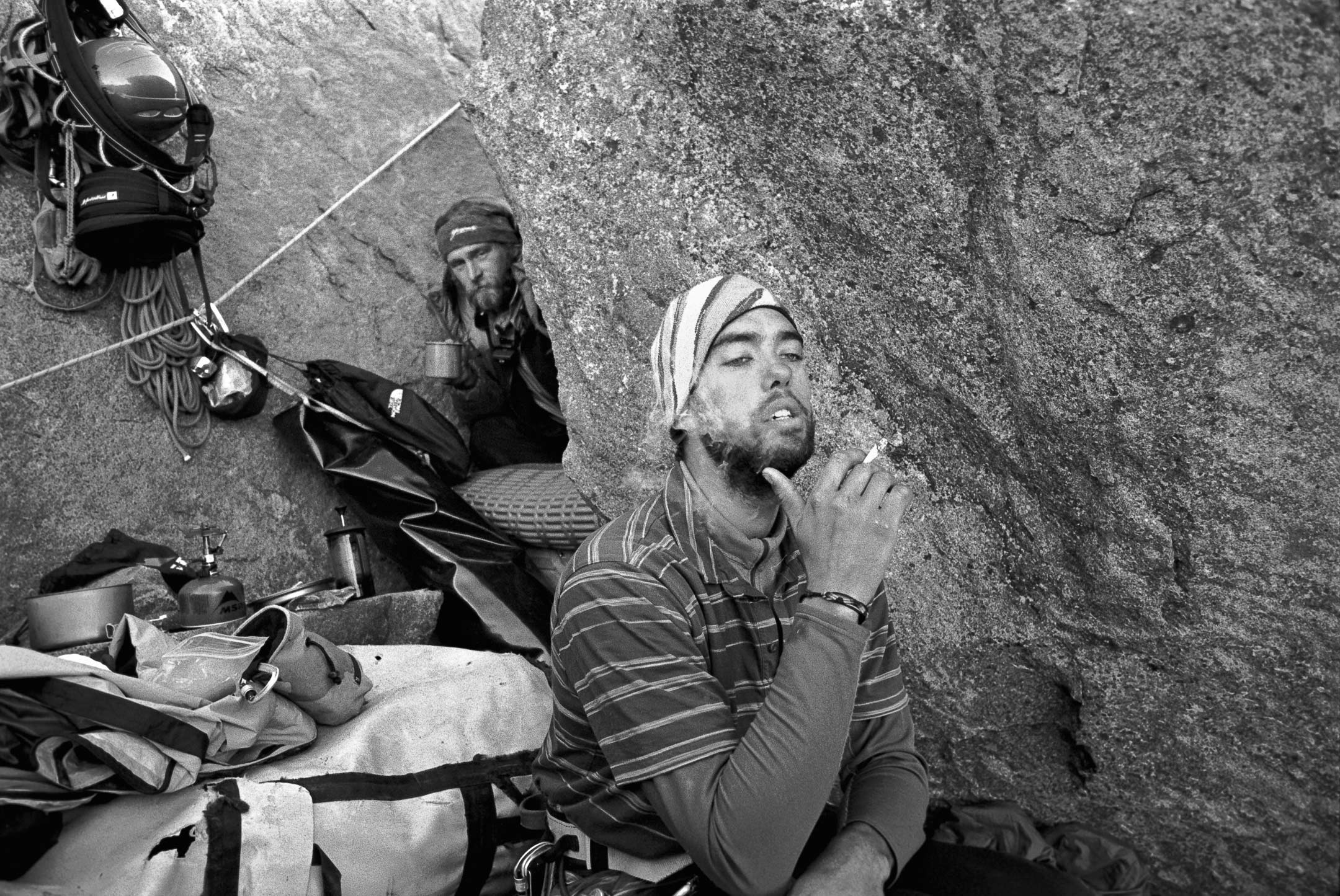 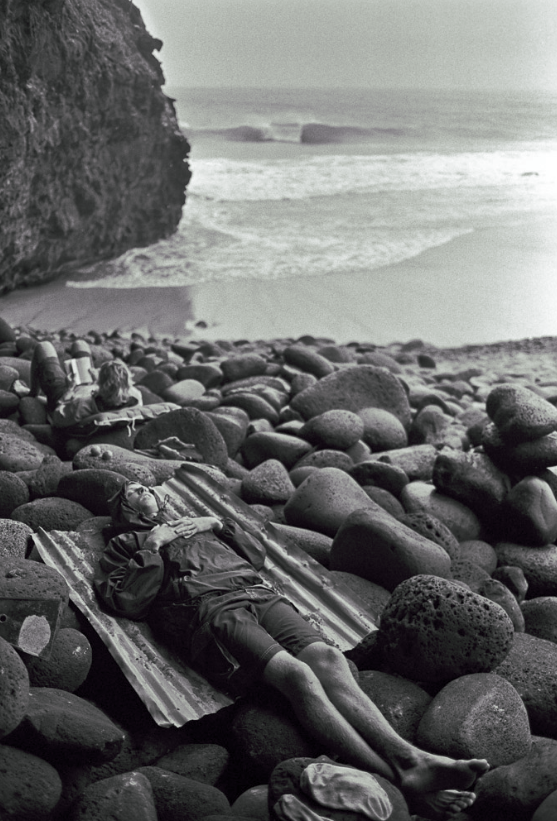 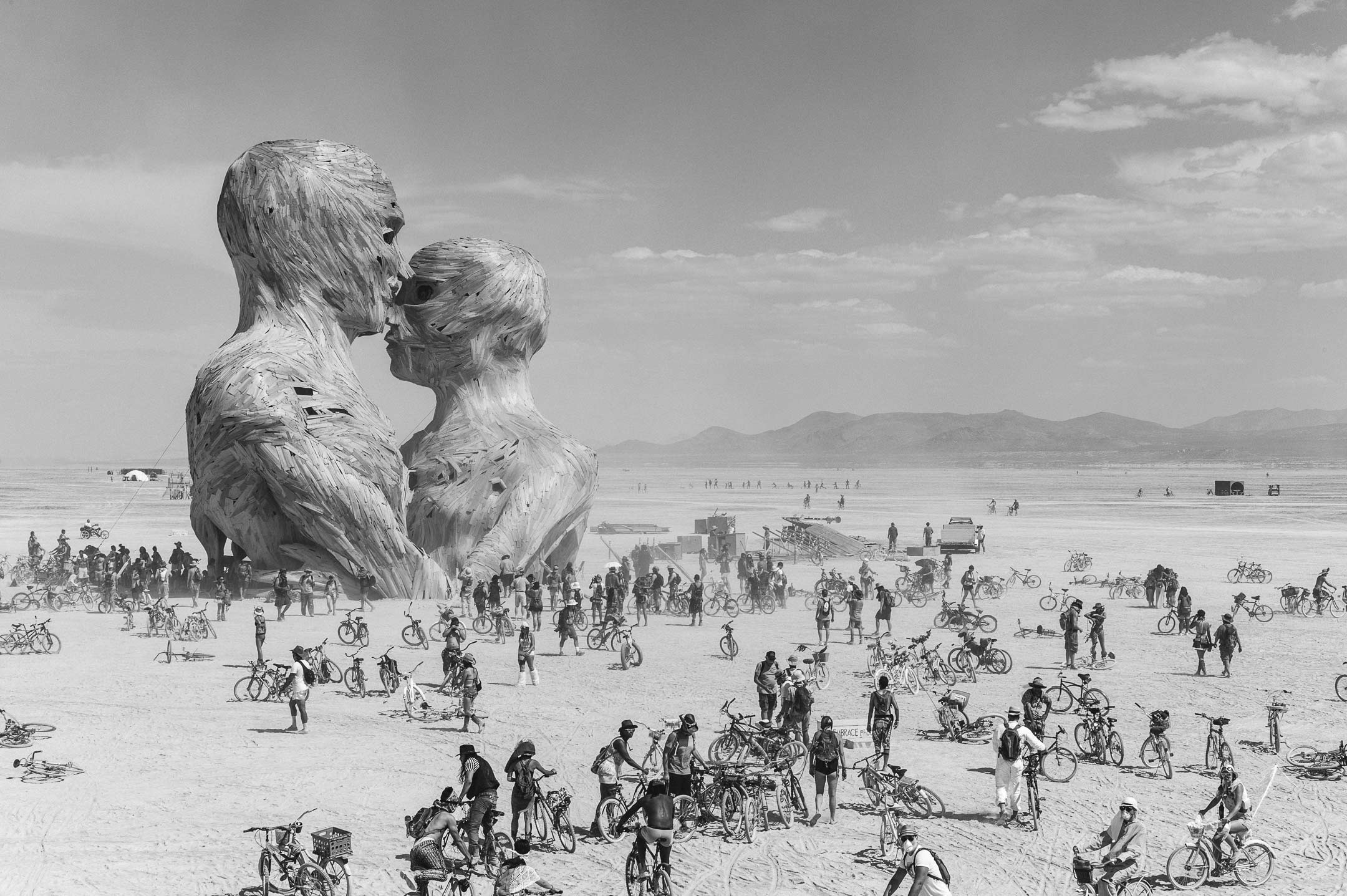 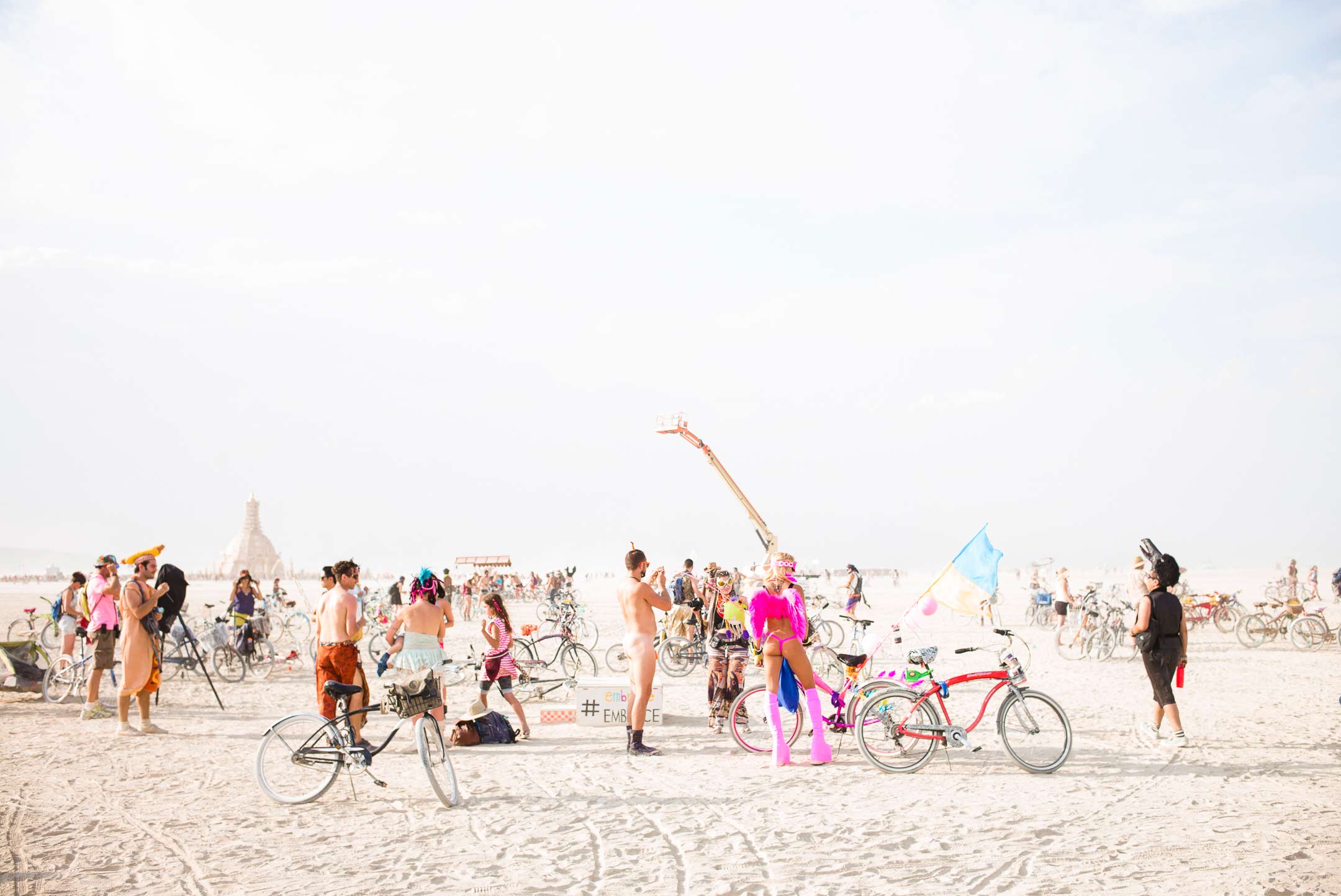