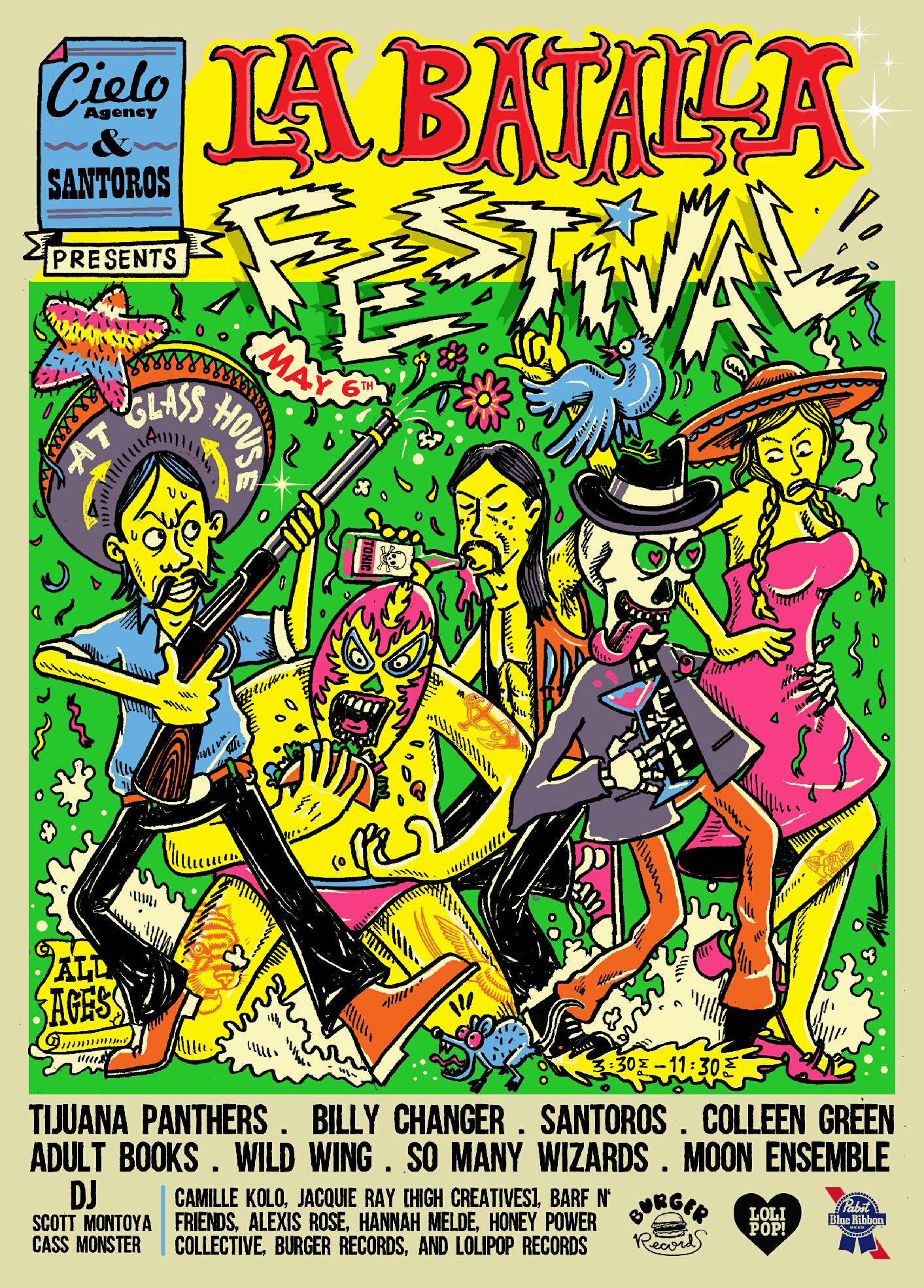 Santoros is not only one of Los Angeles’ hardest working bands, but has also long been a staple to the city’s bourgeoning garage rock scene. We absolutely love these dudes; their surfy riffs make us want to boogie incessantly and the fun you see them having while performing is unbelievably contagious.

Lucky for us, and in true Santoros fashion, the band has decided to host their very own rowdy Mexican fiesta in the form of a music festival at the Glass House in Pomona come May 6th called La Batalla Festival. Named in honor and memory of the Battle of Puebla, when the Mexican army took back their land from the occupying French soldiers back in 1892, the one-day music fest boasts a stacked lineup of some of Santoros’ closest friends and favorite bands including Colleen Green, Tijuana Panthers, Adult Books, Billy Changer, Scott Montoya, and others.

“Getting this lineup together was just like asking friends to be part of a big party,” says Santoros singer Jossef Virgen. “We hit up bands we love and look up too.”

There’s quite a bit to look forward to at La Batalla, like DJ sets from Cass Monster (KXLU), some new tunes from the band’s upcoming 4-track EP, and a range of vendors. “Our good friend Camille Kolo — who makes killer zines — hit up a ton of vendors that will be there throughout the day,” says Virgen.

While getting an entire music festival together may seem like a daunting task, Santoros have seemed to pull off all of the logistics without much sweat. “The hardest thing about putting a festival together is making sure all the fans and artists are taken care of and enjoying themselves to the fullest; that’s when you know you’re festival was a success.”

From what we’ve heard of what’s in store thus far, we can’t wait for La Batalla. Get tickets for the fiesta here.