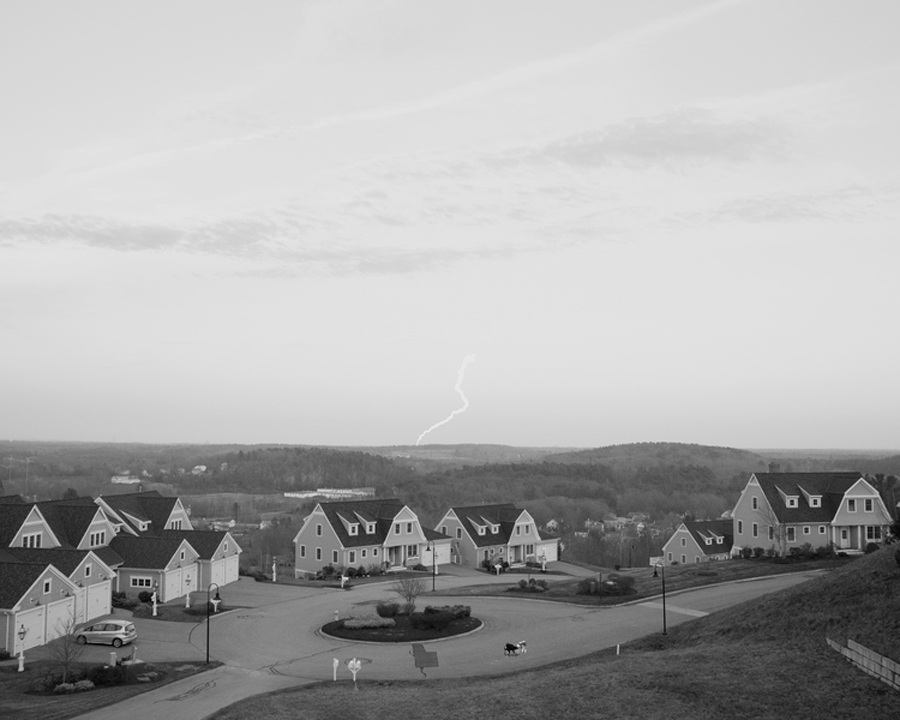 Lessons On Working Serially: A Conversation With Photographer Rory Hamovit

Unlike some other young contemporary photographers, Rory Hamovit does not play the role of voyeur in his photographs. His subject matter comes from his weird inner thoughts and daily encounters. His imaginative photos possess the magic of teetering between eerie and stark, and he has an undeniable signature style in many of his photographic series: a mix of human sentiment and nostalgia.

The first word that comes to mind when you look at Hamovit’s conceptual photographs is concrete. The adjective acknowledges the photographs’ solidity, tangibility, actuality, and materiality—their attachment to a specific place and time. His photographs not only document a particular moment but also displace it. Considered as visual records, the photographs depict anonymous neighborhoods, cluttered home spaces, plastic vampire fangs and spilled pudding on pedestals, and gestures. Considered as displacements, they sometimes exclude faces, identifiable monuments, and signposts.

Each photograph is self-consciously about living in between and on the brink, caught up in observing oneself and the moment. His photographs do not escape the stylistic categories of Realism, but also stake a claim for abstraction. Hamovit’s photography remains poised on the brink; the artist and the viewer in the act of discovery.

Hamovit’s photographs leave a strongly cinematic impression, demonstrated by his portfolio, as a kind of montage of fragmented images, all the while synthesizing a pictorial language that isolates things in order to enhance their symbolic quality.

First give us the Rory Hamovit spiel. Who are you? Where are you from? What’s your favorite Christmas movie?

My name is Rory William Hummingbird Hamovit, I was born in Augusta, Maine on February 22nd, 1991. I grew up in Byfield, Massachusetts at a very old boarding school, but not because my parents didn’t want me around, but because they were boarding school teachers and we lived on campus; I always feel like I need to clarify that. I attended Bard College where I majored in photography and now live in San Francisco and work at an art school. I co-run a small art and poetry press with my friends called Inpatient Press and draw lots of moderately funny comics you can see at youidiotkids.tumblr.com. I love Neil Young and R&B music. Favorite Christmas movie is a three way tie between “A Christmas Story,” “Gremlins” and “Eyes Wide Shut.”

I’ve always liked work that was more self-aware; work that isn’t too concerned with it’s “realness” or convincing the viewer of its banality, that it’s just another picture. I like the personal touch. What I’m saying is that there seems to be current trends in creating work that airs on the “anonymous” or “indexical” side of things. These images, aesthetically speaking, can be super cool but their attempted removal of any human sentiment, no matter how important to the artist’s overall intentions, can leave me feeling a little too bummed out on the machine age, like where’s the fun in documenting something if you have nothing to say besides “look at that, this is what I saw and now you are seeing it later”? I like being about to see camera and person, not just camera. But I’m really just a sucker for a good story or a good joke.

Who is Murray T. Slatz? Where does he live? How did you come up with the idea to create him? What do you and him have in common?

Murray T. Slatz is my bad boy alter ego, a young man from the village of Red Hook, New York who is just looking for a good time. Murray was born when I decided I would don a denim jacket and American-flag bandanna, draw on some facial hair and go to parties and get wasted, giving my friends my camera beforehand so they could document everything that ensued. Essentially a silly performance piece. It started off pretty innocently but the whole thing snowballed rather quickly and before I knew it he was a very multi-dimensional character. Besides a huge hit at all the parties, Murray became this separate entity with his own facebook and dating profile. Friends were beginning to ask me “How’s Murray?”, and it got to a point where I couldn’t go out at night without first becoming Murray. People I didn’t know actually began to believe my name was Murray and I knew I may have crossed a line when I was in class and everyone was surprised when I responded to “Rory Hamovit” on the professor’s attendance. At that point I decided the next phase in his character arc would be to kill him off and I made some images that were rather dark and a total bummer that luckily have never seen the light of day. I like to think Murray is somewhere out there in the wilds of America looking for his next keg stand. For what we have in common: we both love drinking beer and have been rejected for jobs at Subway.

Can you tell a bit about your working process when you photograph. How do you begin your projects?

I keep a notebook handy at all times where I write down any ideas or bad jokes I think of. Once I start working on a project I create lists of potential images with one line summaries, like “pile of vampire fangs on a table.” Then under that I list materials I’ll need and sometimes draw a picture. In my own head I imagine it more like a writer plotting a novel but what usually happens is more like that Seinfeld episode where Jerry wakes up in the middle of the night to write down a hilarious joke but then in the morning can’t make out what he’s written. That happens to me at least once a week.

From your photos, it seems that you have a keen sense of humor and also a feeling for the absurd juxtapositions of everyday life. Why is humor an important element in your images, and what do you think they express about life in general?

It probably started as a defense mechanism, as a means to avoid confrontation and criticism, that if you keep them laughing no one’s complaining. With more recent work I’ve taken the approach where I can deal with grave or mundane subject matter, like mortality’s omnipresence or lawn maintenance for example, and by using slapstick gestures and offbeat paradoxes it becomes easier to step back and take the whole thing in without feeling trapped by the situation. You’re not weighed down by the gravity of such awful circumstances and are able to consider things closer and more freely because, you know, it’s a joke, right? Life is inherently funny and bizarre at times so why avoid it and pretend like telling a joke is not a distinguished form of narrative or expression? It’s like some art is lasagna, so amazing, so delicious but so heavy and filling, leaving you all day feeling like it’s stuck inside you and you thinking “Why did that happen?”, while other art is ice cream, just as delicious and satisfying but less filling and leaving you still thinking about it all day but instead more like “wow, that was so great, let’s do that again soon.” This is probably a terrible analogy but I think I’m still hungover and overall too hungry.

What do you hope, if anything, the viewer takes away from looking at your mixed media images like the ones in ‘Death Stalks’?

“Death Stalks” is really just a revolving collection of my most recent work that I’m still tinkering with, sort of a way to not feel too consumed by a project like I have with previous work. When it comes to the mixed media that was more a product of being so strapped for time last year. Instead of shooting I had to settle for working with the materials I had at hand, like my grandfather’s letterpress collection and piles of old newspaper. We could be witnessing me branching out as an artist or maybe atrophying rapidly. Who knows? Hopefully the viewers of “Death Stalks” find me to be less of a one-trick pony.

To be honest my approach doesn’t differ that much whether I’m shooting black and white or color. Obviously shooting color leaves you more to consider but the obvious things like texture or light are pretty universal for me. I started water-coloring over my silver gelatin prints this past summer while in a residency at the KALA Art Institute in Berkeley. I had this darkroom and a digital lab where I was using all these iPhone pictures I’d taken over the past couple of years, many of which were selfies, printing them on transparency paper and then creating contact darkroom prints. I saw the whole endeavor as taking the most easily transmittable photograph on the planet, the cellphone photo or snapchat, if you will, and slowing the whole thing down, belaboring the point by sending them all as post cards to people I know. Adding water color the “snapchats” seemed the best way of recreating the original images in the most mocking manner possible. At first it felt like a painting-by-numbers exercise but it’s also a nod to a lot of forms of earlier painting.

What draws you to shooting in black and white?

With my biggest body of black and white work so far, “Visitations,” the choice was made considering the most influential work for the project was also black and white images and film. I felt black and white applied itself more to creating that eerie, noir atmosphere. I also thought color would visually complicate the narrative too much, that by reducing the work to gray scale there would be a heightened play in the contrasting of light and dark space and therefore the notions of good and evil, hidden and revealed. I also wanted to keep my work flow speedy and color correction can be a pain in the ass. Also have you seen the price of color 4×5 film these days?

What influence do horror movies, or films in general have on your work? (After looking at your “Visitations” series, it seems like we were looking at still shots of a horror movie)

Early horror and science fiction movies as well as a lot of crime noir had a huge influence on “Visitations,” especially those early b-movies that were thrilling without relying too heavily on fake blood or gore. What really drew me to many of these films though were their homemade-yet-artisinal, low budget special effects and how they can maintain that threatening quality without relying entirely on their realness factor or utter believability. It shows the slight of hand can be way more enticing. The films I watched the most though were early UFA films- directors like Fritz Lang- for the same mind-boggling effects. Also Alphaville, and Chis Marker’s “La Jetée” because they’re like this minimalist SciFi.

WIth Instagram, everyone is a photographer. What are your thoughts on the social media phenomena?

Social media is all about self-gratification, which I can get down with – to a point. Everyone knows 11 likes can really get you through the day. I’m all for the smartphone being taken seriously amongst your arsenal of cameras and am certainly not going to argue any artistic credentials if that’s what your doing and taking it seriously. But your white-framed, rectangular pic of a flashed-in-daylight chain link fence casting a shadow on a concrete wall sure as hell isn’t going to get a like from me. I’m going to scroll on and that’s a reality you’re going to have to deal with.

For more from Rory Hamovit check out his super sleek website: www.roryhamovit.com 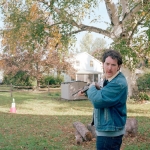 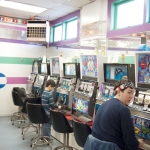 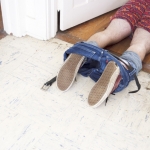 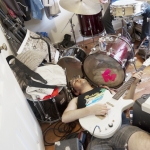 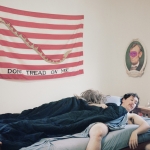 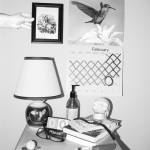 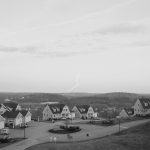 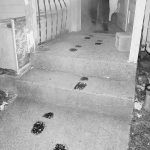 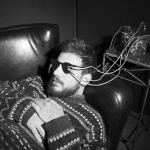 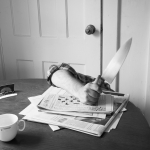 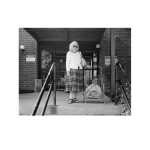 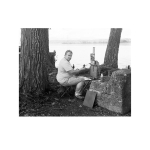 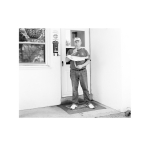 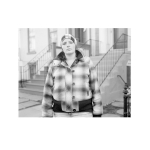 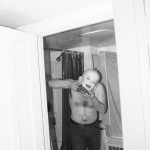 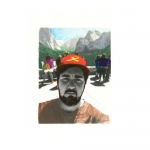