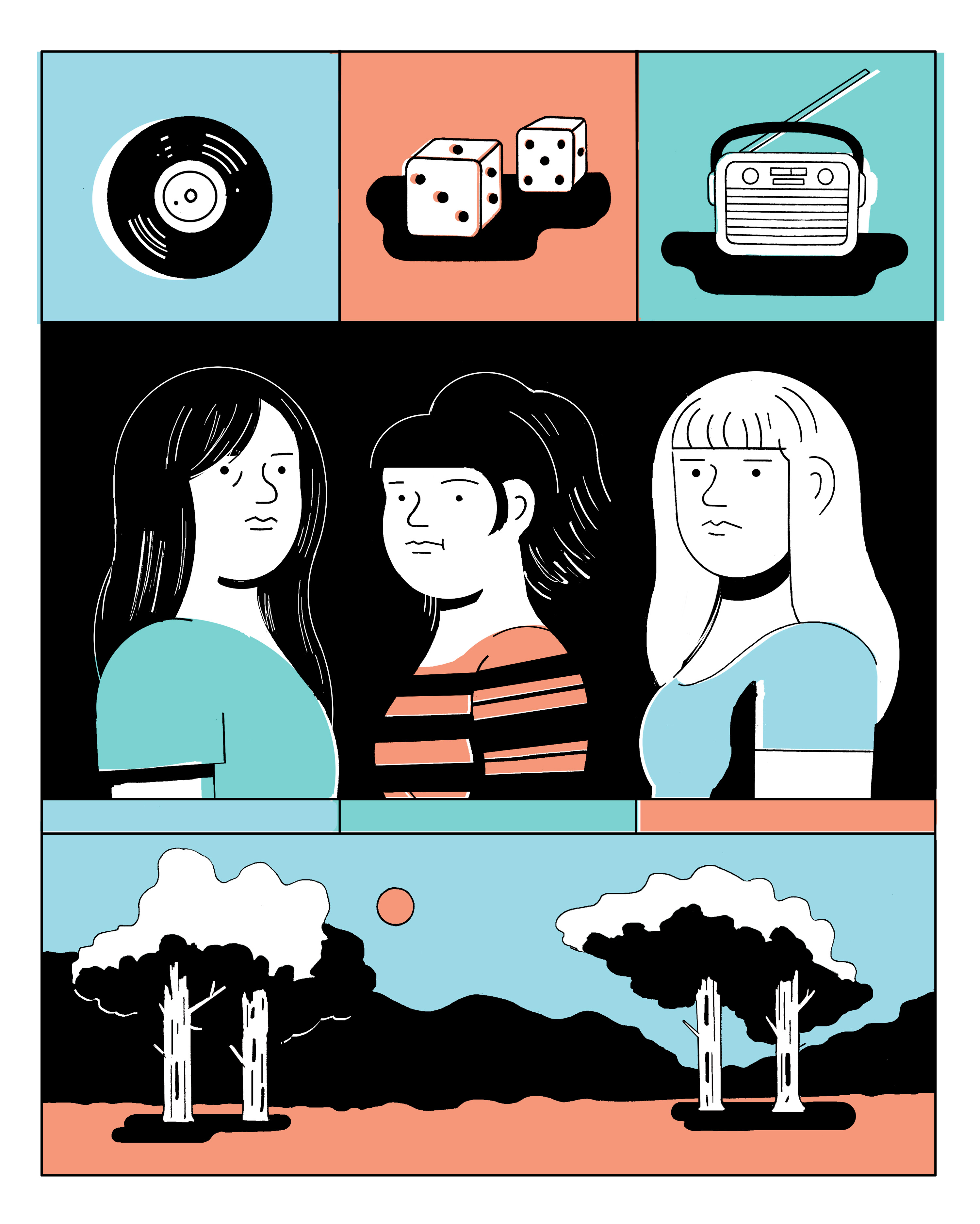 Listen to: The Coathangers

Beneath the generic and boring mainstream all-female bands, there lies an easy-going, yet thrashing, garage punk band of femme rebels. The Coathangers hail from the musical hotbed that is Atlanta, Georgia, writing songs that question the entire culture of female existence through their primal punk destruction.

Their reputation of playing thick-chorded punk has long resonated with our raucous taste with Meredith Franco aka Minnie Coathanger on bass, Julia Kugel aka Crook Kid Coathanger on guitar, and Stephanie Luke aka Rusty Coathanger on drums; all three provide angsty vocals which creates a united force of fury. The gang of sisters rally the senses of a range of genres with their blunt-tipped riffs, subtly impressive harmonies, and overall punk sensibilities. Anger and a defiant edge aide the song-writing towards a windy road of garage rock and  punk, and undoubtedly evoke musical styling of Kim Gordon, Blondie, and The Cardigans — pure bliss.

After 10 years, the band wields an expertise — instrumentally but especially in terms of songwriting acumen — that lets them play in a broader spectrum rather than simply going from wild to wilder. Their recent single “The Captain’s Dead”, forces us to be in the moment with it’s high energy and great big chorus; the song sounds as though someone wants redemption and revenge, casting an eeriness and creating an unnerving visual from the 90s flick, I Know What You Did Last Summer. The single shows off far more than their charming lyrics and seasoned instrumentals; it’s a story and hectic route to falling victim to experience and in that wreck you grow to find the meaning to your all of your lost thoughts.

The Coathangers are no newcomers to the current, booming garage rock scene, in fact they‘ve been playing their own brand of punk for ten years now. Their 2014 release Suck My Shirt, showed the trio bringing back the authenticity of what a tough female-lead band should sound like. Specifically, the track “Follow Me” throws a ball of fuck you towards the clamorous clash of the trash, in a way that lays down the law, leading the pack of wanderers, and ultimately displaying their dominance ruling the halls of life. These women are no bullshit type of folks — they will fight you ‘till the end, just to show you how it’s done. The raucous Atlanta garage-punk vets, have already announced plans to follow up their 2016 album Nosebleed Weekend, with a new EP called Parasite, one that calls back to various different eras in the band’s run. The gang is currently touring across the UK, so if you’re down for some tea and crumpets, feisty music, and cheap beer; swing on over.

Stay up with the Coathangers via www.thecoathangers.com.