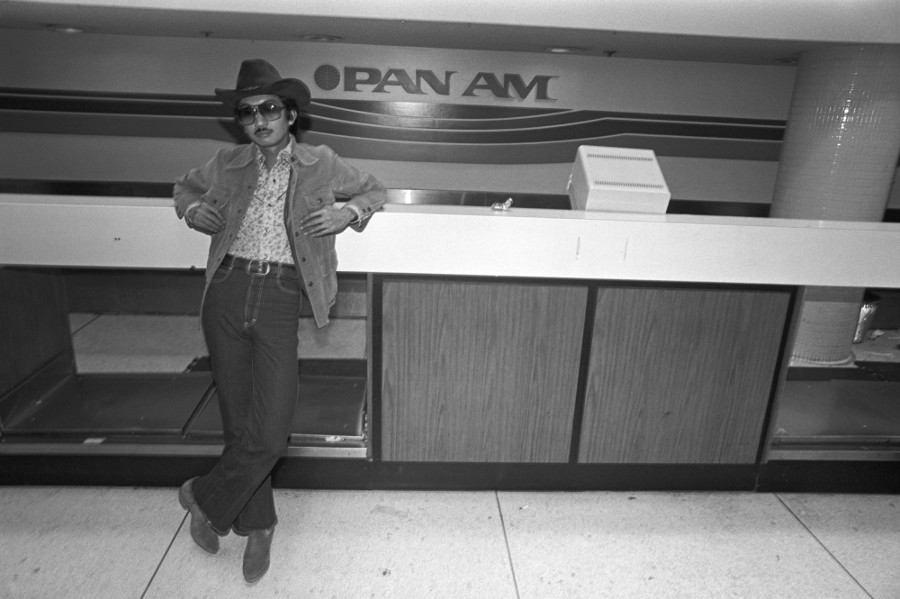 Within boxes buried deep inside garages, crawlspaces and various storage units, lived 30-year-old negatives. Los Angeles photographer John Brian King pulled out the negatives, dusted off the cobwebs and has now revealed a forgotten time of Los Angeles in the 1980’s, with his new book LAX: Photographs of Los Angeles 1980-84, out via Spurl Editions.

Capturing these photographs in an assault like fashion, the then 17-year-old King, engulfed himself in the chaos and drama of Los Angeles’s bustling international airport by snapping his wide angled camera flash in the faces of his subjects, and moving on quickly. With King’s paparazzi style of photography, familiar groups of people traveling to, from and through Los Angeles are captured momentarily. A mother caught off guard while waiting with her three children, a couple wrapped in each others arms, and a slew of travelers waiting patiently at baggage claim all fall victim to King’s lens.

King manages to photograph and present the absurdity and diversity that is LAX in his signature stark, black and white photographs.

With the release of LAX: Photographs of Los Angeles 1980-84, viewers inhabit a world of nostalgia, far off from the confines of security lines and electronic kiosks that have become routine of the now dread-worthy airport experience. amadeus had the chance to speak with photographer John Brian King, who shared his thought process while capturing the photo series, the reaction he received from his subjects and his hopes for his photograph’s a hundred years from now.

You live in LA, you’ve flown in and out of LA, you know that chaos that is LAX. Tell me what it was like to observe, like a fly on the wall, to be a bystander not participating in the madness of the airport, but instead capturing these moments through film?

Photographing people at the Los Angeles airport was a strange ritual for me. I spent a lot of time there – waiting and waiting for a time when a particular scene presented itself – and I somehow blended into the airport and became a part of it. I found it important to differentiate intriguing little behaviors from the human rush that flowed every day through the arrival gates; sometimes the rush overwhelmed me and my camera, but the desperate chaos of the environment often created interesting moments of absurdity that I was luckily able to document.

Flipping through the pages of your photographs of LA, there are really no words to describe the dramatic changes that city has gone through from the 80s to present time. Tell us a little about LA at that time, how did you approach capturing these photographs 30 years ago?

When I photographed the “LA” series from 1982 to 1984, Los Angeles was shifting away from the remnants of the previous era – an era best illustrated by Reyner Banham’s Los Angeles, a seminal book from 1971 that managed to weave together all the fascinating aesthetic threads of historic LA – and blundering into the Reagan/Clinton awfulness of the ’80s and ’90s. I wanted to capture the banality of that time, but I also wanted to photograph the archeological vestiges of the past.

Also, shortly before the summer of 1984, Los Angeles was being churned by its capitalistic and governmental interests – the Olympics were going to happen, and a major cleansing was in order. The surface of the city was spit-polished and the human underbelly of the city – the homeless – was hidden away: forcibly put into camps on the left bank of the Los Angeles River (now the site of the downtown “Arts District”).

What sort of reception did you receive when you were taking these photographs at LAX years ago? They’re sort of assassin like, with the flash. I’m assuming people were less wiling to have their picture taken, at least compared to the now camera/selfie obsessed world.

It was not a problem at all to photograph the people of LAX. Even though I used a large flash unit and a wide angle lens – I was sometimes very close to my subjects physically – I was civil and polite and moved quickly along. I know it seems counter-intuitive in the era of Instagram and selfie sticks, but people are much more guarded now when a stranger photographs them. Honestly, if I attempted to photograph the same series now, I would probably be detained and banned from the airport by Homeland Security on my first day of shooting.

Observational documentation and archival footage is what allows my generation to gain a better understanding of the past, through an unbiased visual narrative. What sort of impact do you think these photographs will have in 60 or even 100 years?

To my mind, there is no such thing as an “unbiased visual narrative.” Even cameras that are technically “unmanned” – bank surveillance cameras, police dash cams, Google Maps cameras – create their own biased narratives by the very nature of the people who control them.

A hundred years from now, I hope my photographs will be viewed as another tiny blip of aesthetic evidence of humanity’s absurdity and possible decline. I would be haunting someone from my grave if my photographs were curated by a nostalgic academic who was only interested in recontextualizing them into a horrible miasma akin to “Humans of New York” or “The Family of Man.”

Why release these photographs now?

The negatives were buried deep in boxes stored in garages, crawlspaces and storage units for over thirty years. Over the last few years I cleared many cobwebs from my life and was able to look at these photographs with a clarity that I was probably unable to muster before. I don’t really know what improved that clarity – the distance of time, most likely – but ultimately I am glad that there is now an interest in the photographs of my youth.

For more from John Brian King, head to his website. LAX: Photographs of Los Angeles 1980-84 is now available at Spurl Editions and Amazon.com. 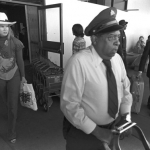 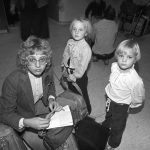 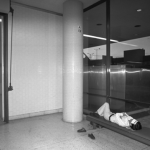 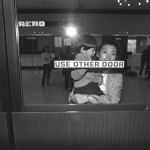 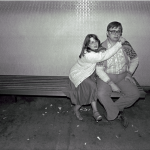 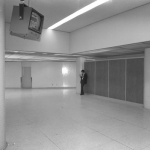 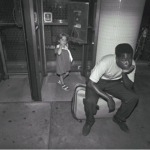 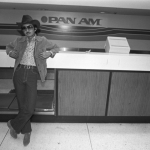