Upon arriving at the Teragram Ballroom, I made my way towards the trail of show attendees eagerly awaiting to enter the musical dreamscapes of Reptaliens and headliner STRFKR. Fortunately photographer and friend, Emil Ravelo, and I didn’t have to brave the brisk Saturday evening for too long as the line quickly receded and we crept closer and closer to the entrance. We pushed past the venue doors and my eyes averted directly past the swaying crowd and onto the hazy purple-drenched stage and slow-strobing blue lights that softly highlighted each member of Reptaliens, from lead vocalist Bambi Browning to drummer Tyler Verigin. Synth-tinged, transportive, dream-pop infused with calming vocals and dark yet playful lyricism drew a fantastical psychedelic soundscape, with the aid of theatrics by a dancer that transformed into different creatures or characters throughout the set. 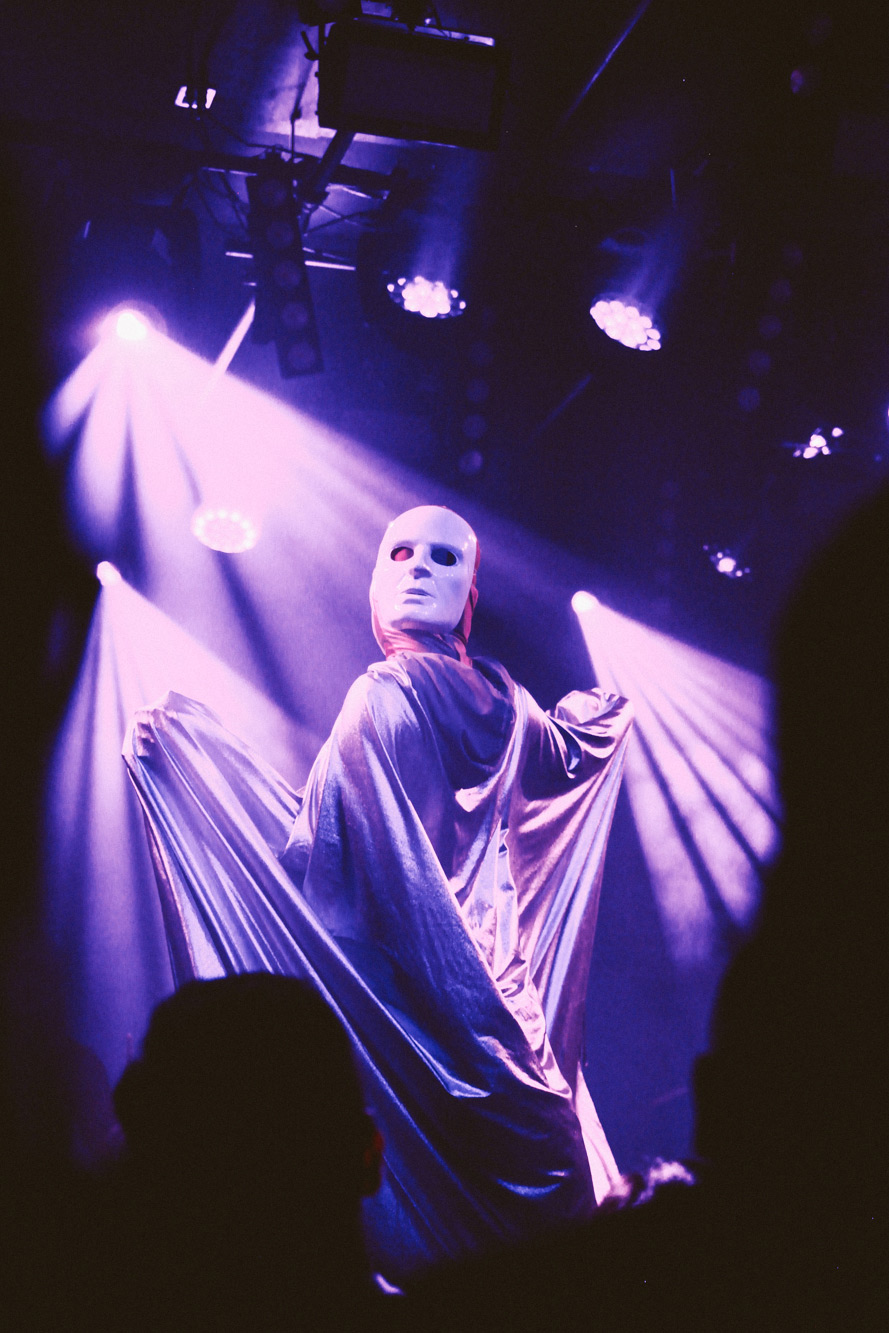 The Portland-based band began as a project between husband and wife, Cole and Bambi Browning. The couple knew shortly after first meeting on a basketball court while filming for a mutual friend’s music video that they were soulmates. Reptaliens was born in veneration of that strong bond, and shared passions in transhumanism, sci-fi and conspiracy theories, and cult mentality. The duo then added on drummer Tyler Verigin and guitarist Julian Kowalski, completing the ensemble. Bambi’s soothing vocals accompanied with synthesizers, expansive bass lines, and astral melodies create Reptaliens’ signature vaporous melodic sound, which almost always diverts audiences’ attention from the hauntingly whimsical, and slightly absurd lyrics of their songs.

On the first night of a two-day stint at the Teragram, Reptaliens expertly delivered a beautiful contradiction of lo-fi melodies and lyrics that reflect their fringe-pop inspirations and reoccurring musical themes of otherness, such as obsession, serial killers, and connections between love and death. Those influences permeated their set from the get-go as they played a range of crowd favorites like “Olive Boy,” and several songs from their latest album, FM-2030, fittingly named after the legendary transhumanist philosopher of the same title who cryogenically froze his body after death. From the lighting and hazy atmosphere to the introduction of fantastical creatures and characters bouncing around on stage, there were attentive details throughout the set that helped in creating a mysterious and whimsical vibe that quite perfectly mirrored their music. 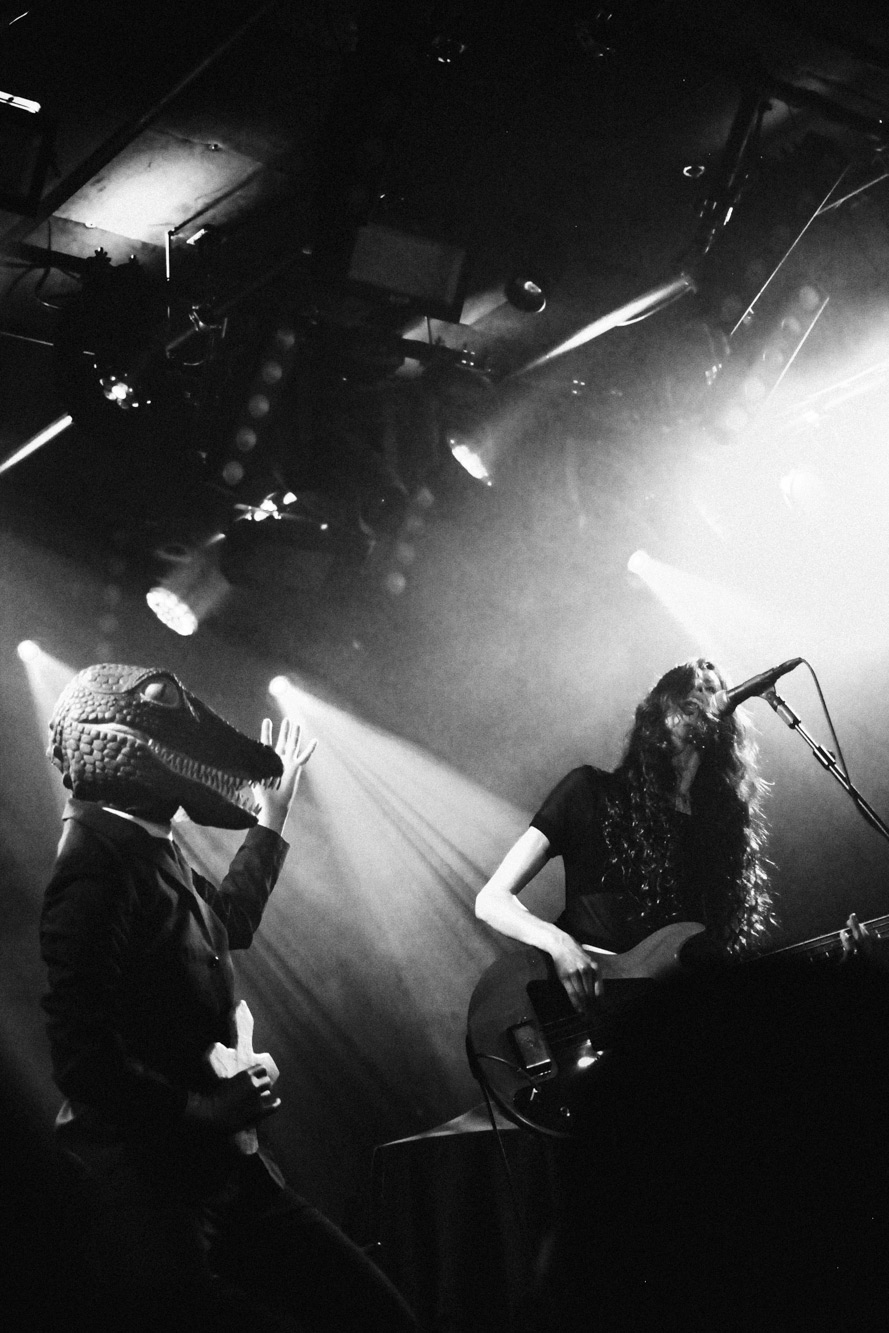 As Bambi strummed her bass to “Olive Boy,” her hauntingly calm voice swept over the audience, hair cloaking her face that swayed with her as the lights bounced off the sequins of her cat print high-waisted tights. A dancer emerged out from stage right in a spandex bodysuit and elderly person mask, holding roses between each finger in a fan-like manner. The character eerily drifted around the stage, playfully swaying with Cole, Bambi, Tyler, and Julian interchangeably. The song drew to a close as the dancer handed a rose to an audience member’s reaching hand. 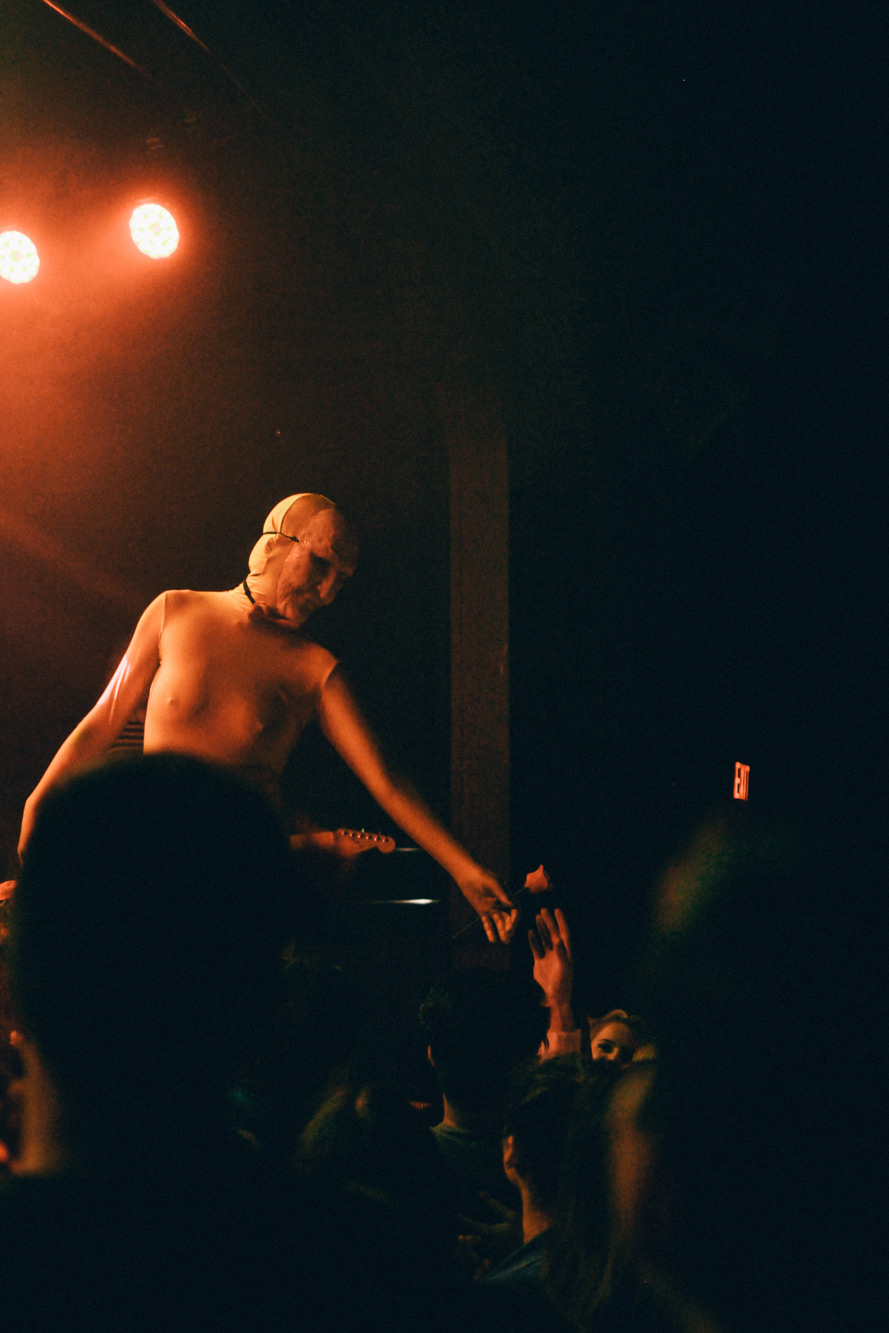 The lyrics on “666 Bus” ponder the correlation of falling in love with the concept of death. As the first notes of the song began, I heard the right section of the crowd excitedly cheer as a reptile in a preacher suit with a crucifix in one hand entered in large strides. Amongst the hazy stage and woozy psychedelic tunes, Reptaliens constructed sci-fi elements to sprinkle unpredictably throughout their performance and engage the audience as they bobbed and danced.

Bambi announced the closing of Reptaliens’ set with the last song, “Dreaming.” The jangly melody filled the room as she crooned, “Sleeping/ Always sleeping/ when your dreaming/ that’s when you let go.” The lyrics play with ideas of releasing control in one’s sleep and being touched in a dream state where she, “cannot say no.” The dancer resurfaced and glided across the misty stage, back facing the audience, wearing a metallic silver cloak with the hood drawn over the conjured character’s visage. As Bambi entered the next verse, the creature dropped its hood revealing a mask and it moved its arms in waving motions. As the band entered the chorus, the character made its full reveal which consisted of a spandex bodysuit and sparkling undies with clusters of fruit attached to the front. As the band strummed its last notes of the night, Bambi slowly walked towards the open arms of the cloaked dancer and as the vocalist became enveloped in a silver shrouded embrace, the audience erupted in cheers and applause. The psychedelic styling both on stage presence and musically created a truly beautiful night.

Keep up with the band as they continue their tour via their Instagram or Captured Tracks. All photos taken by Emil Ravelo. 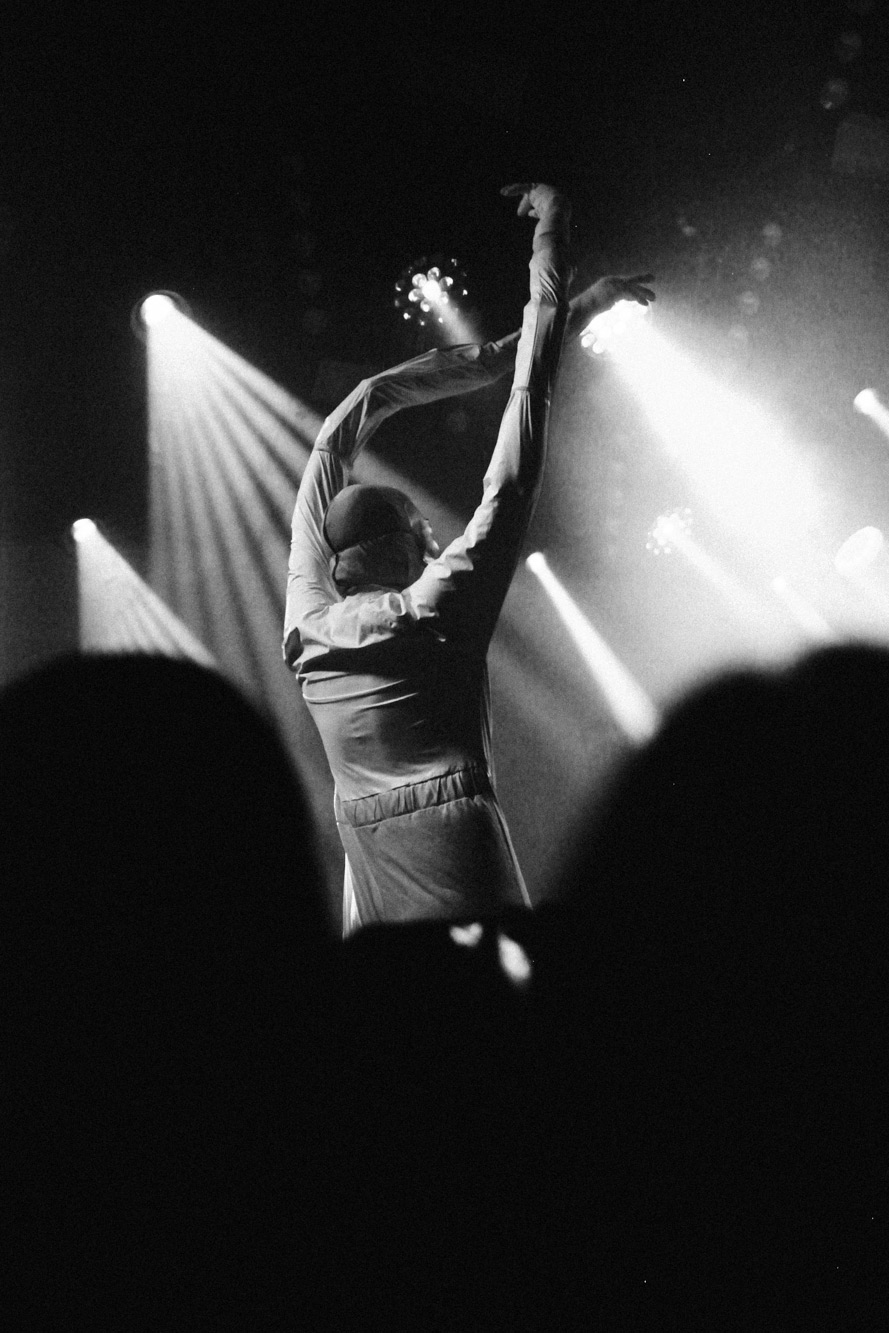 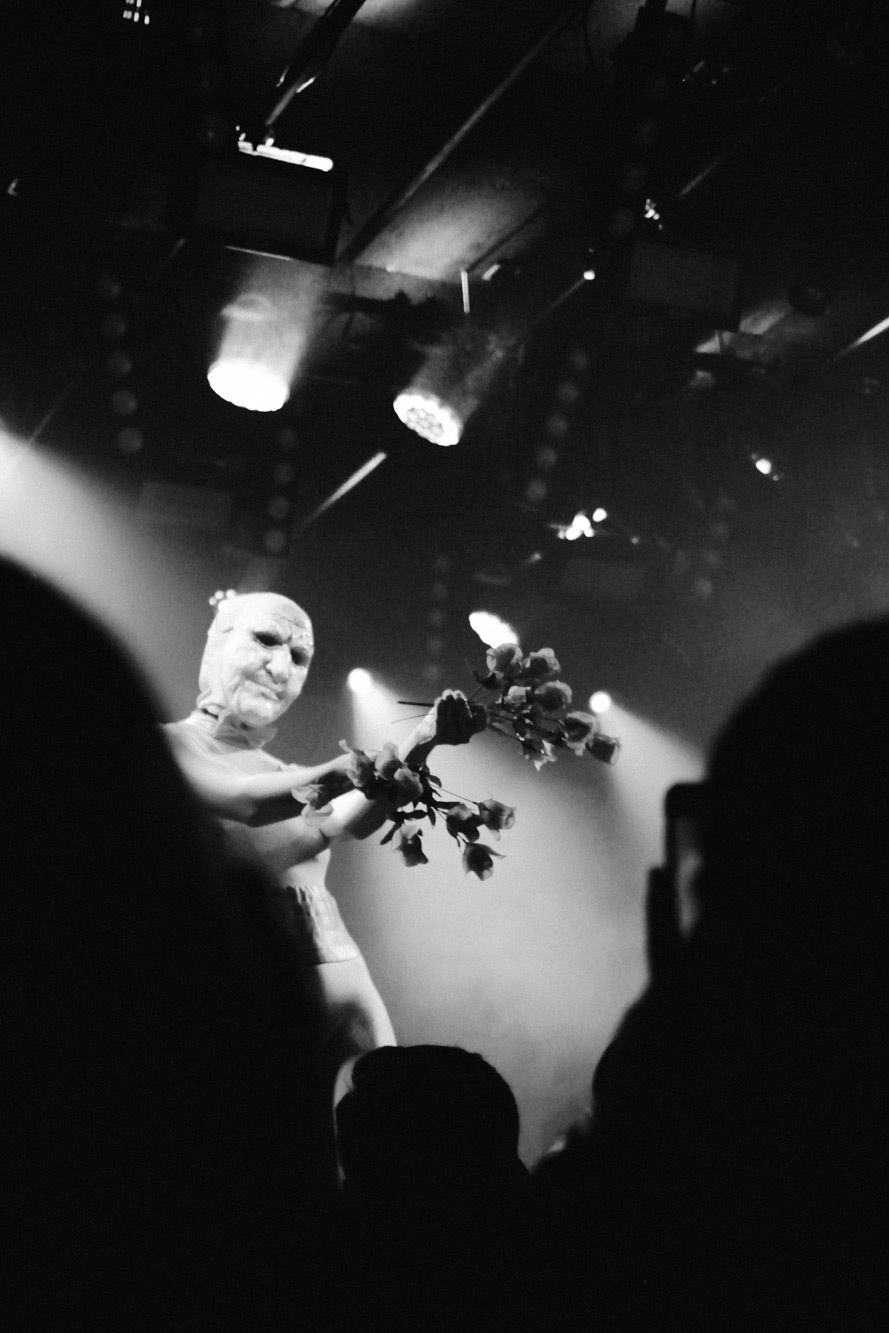 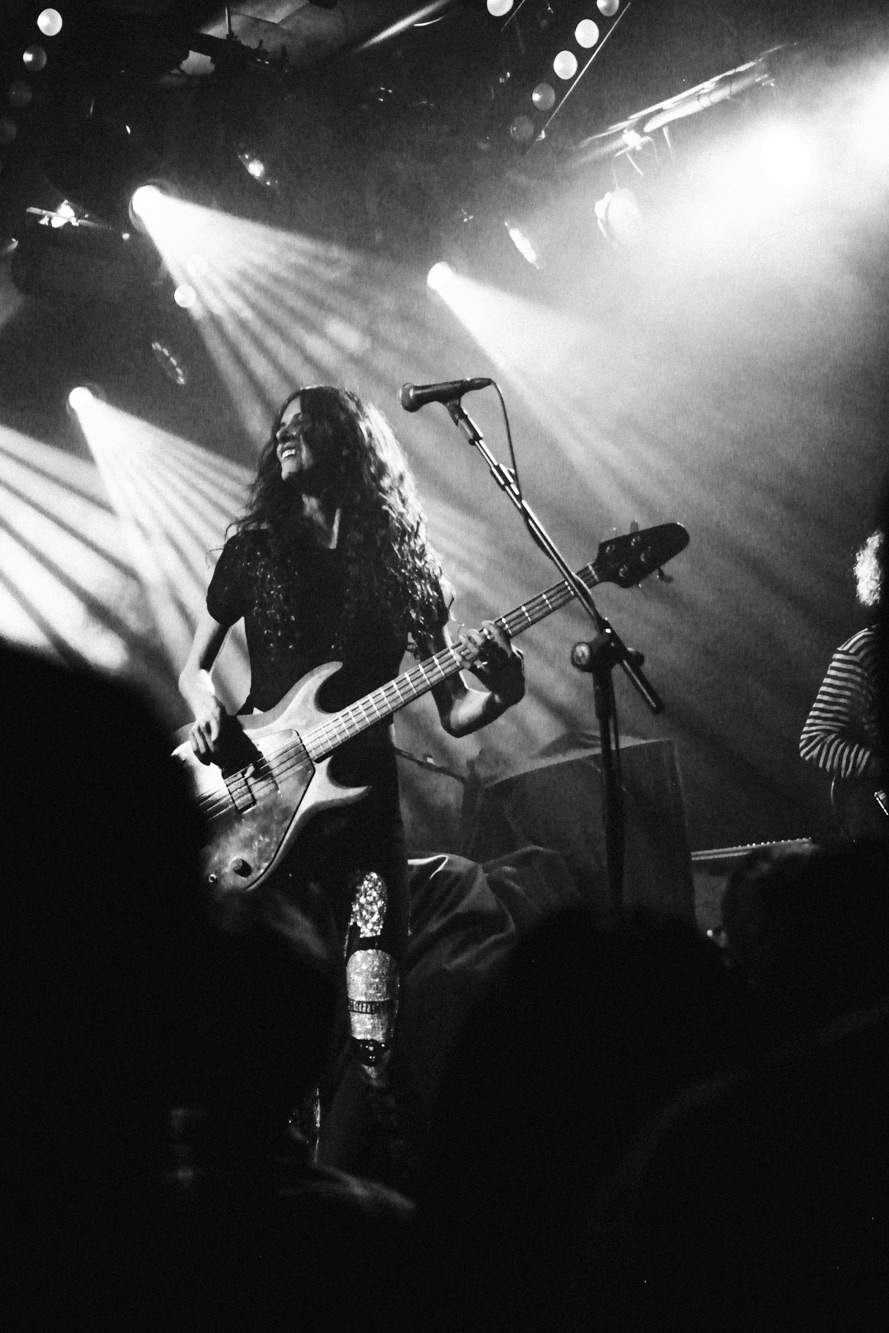 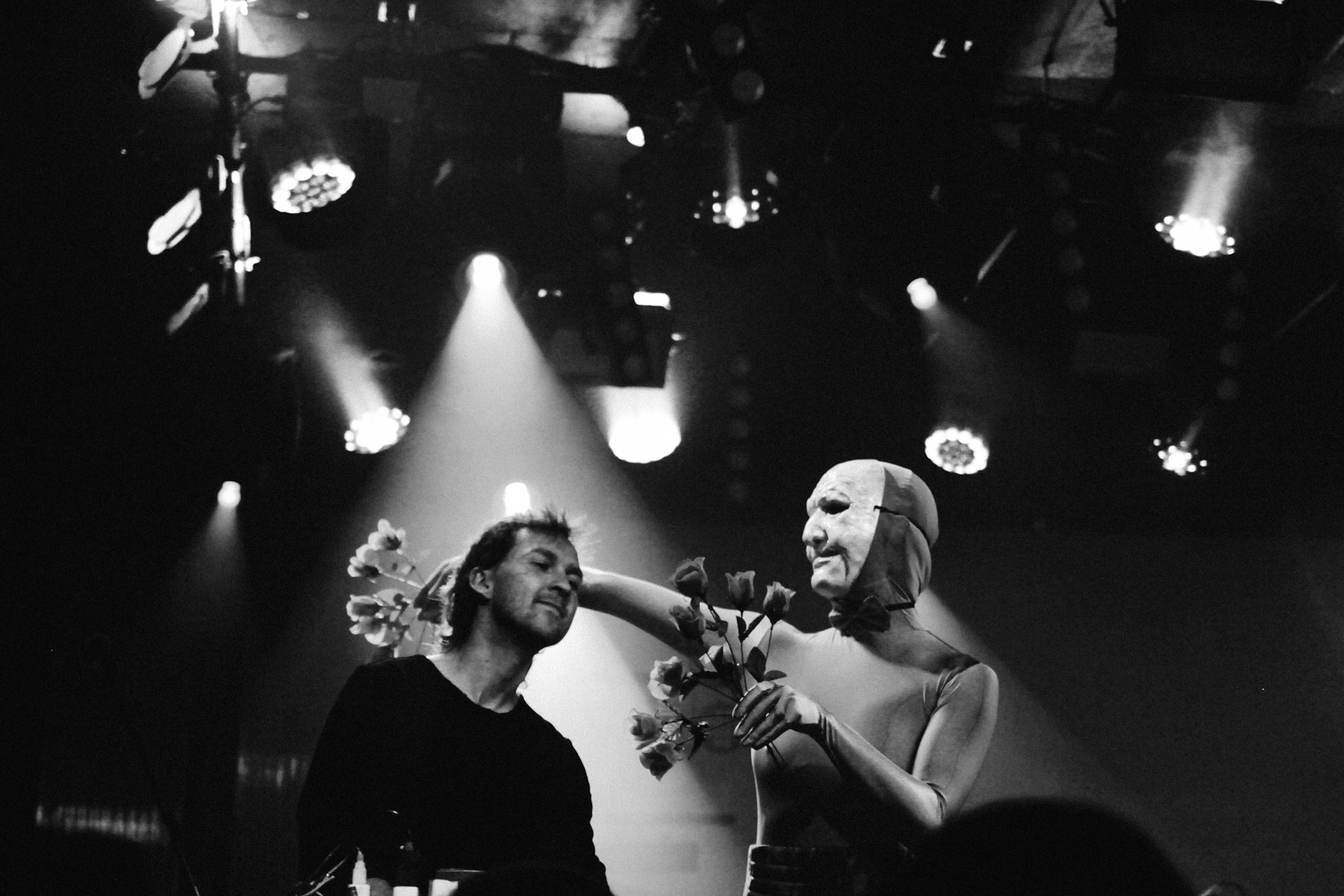 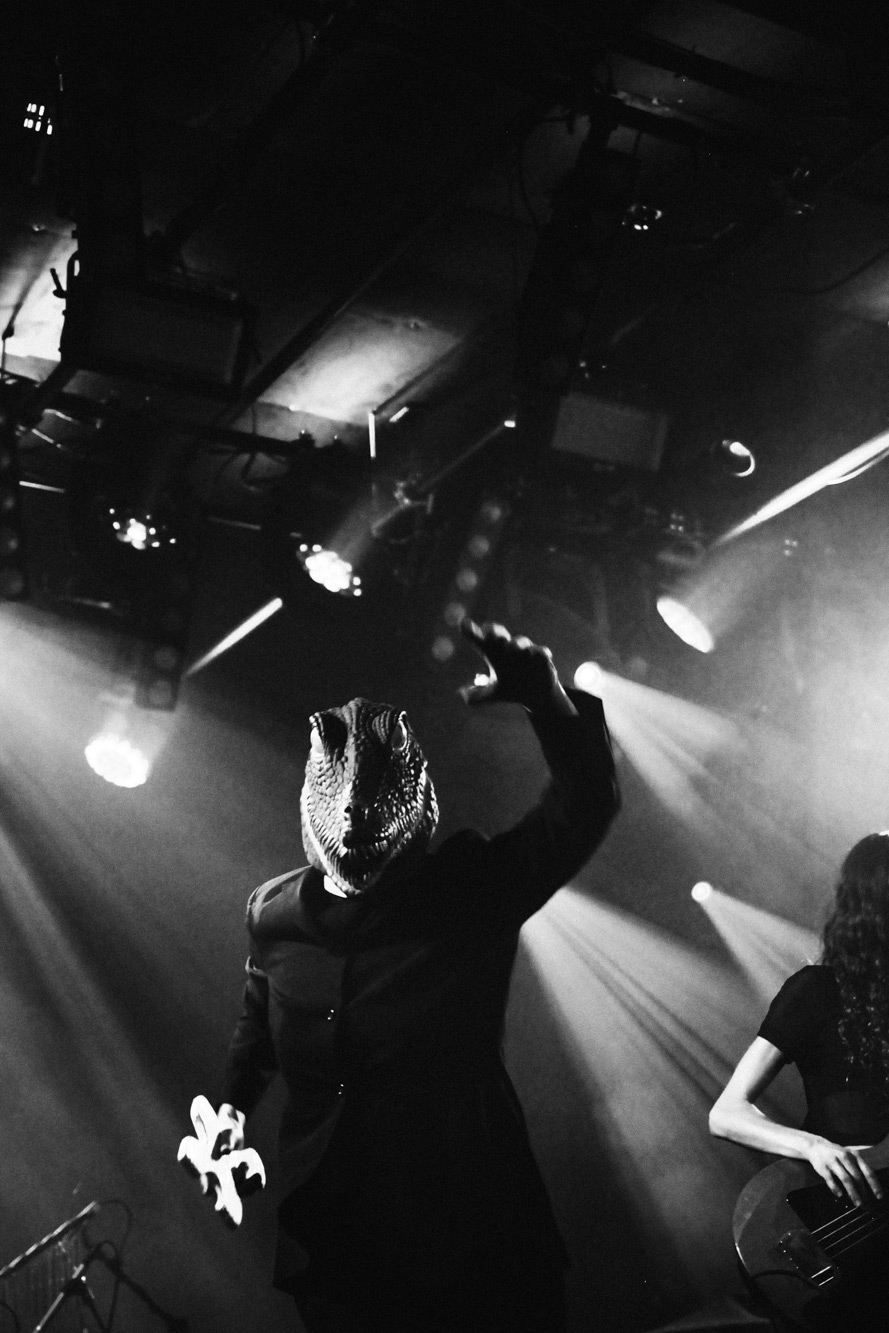