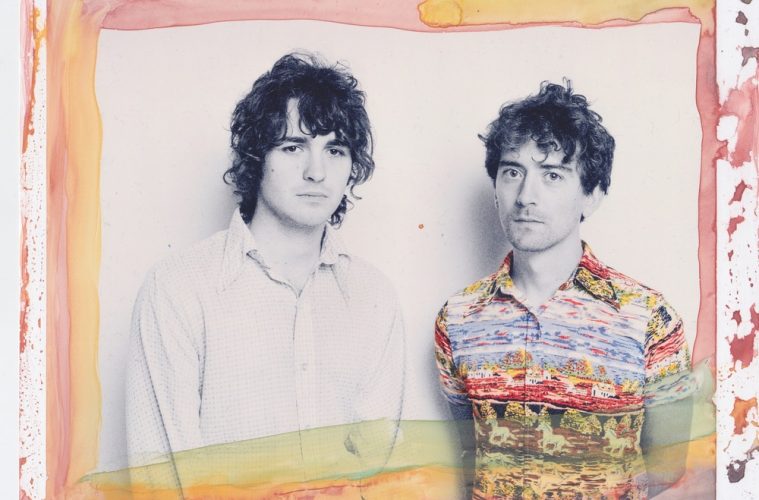 Night Moves is not easy to nail down. The Minneapolis group blends folk and country with psychedelic rock to create a sound that’s hard to forget. At it’s core, the band is made up of high school buddies, but as many bands usually do, their sound has grown tremendously since their teenage days. Not only have they expanded their live band, but they’ve meticulously crafted their sound layer by layer to get it to where it now. After releasing their successful debut, Colored Emotions, and going on tour with well known names, like the very talented Father John Misty, Night Moves has dove headfirst into their second album. It was a long ways down to the bottom of their pool though.

After about a year of demoing and writing, founding member John Pelant, decided that if they’ve already taken this long to create a batch of song they like for album number two, then they might as well take their time with the rest of their record. And that they did.

As a result of pushing themselves harder to move onward from their Colored Emotions era, they developed a sound only achieved through musical persistence and experimentation. Pennied Days is a solid collection of twangy, 70’s style psychedelic, folk-rock tunes that separate Night Moves from any of their contemporaries. We had a chance to talk with John Pelant, about the band’s journey to Pennied Days, the pressure of time schedules, and their upcoming show at the Echoplex on December 3rd.

Before forming Night Moves about 6 years ago, all of you were in different Minneapolis bands. How did you all come together to form the group?

We started the band and we needed a bass player. It kind of started with just the three of us. Now all the members we have are just kind of friends we have that are in the Minneapolis scene, whom we’ve met at shows and stuff.

Did you all have a similar vision when it came to overall sound?

For the most part, yeah. It was kind of my idea as well as Micky and Mark’s. Everyone else in the live band was kind of down to do whatever we wanted them to do and whatever we had to do. When it comes to taste, I’d say everyone’s pretty much in the same pocket.

You officially released Colored Emotions back in 2012. How has life changed since that debut?

I don’t know if it’s changed too much. I guess recently I haven’t had a job. I’ve been able to sustain myself through music so that’s a new development. But that’s only since the Pennied Days release. Our lives didn’t change too dramatically. We still had day jobs working at coffee shops and bakeries, bars, liquor stores, and what not. We’re still just pretty normal guys. It’s great because we get to tour now. So when that record came out on Domino we were able to see the states and get our music out.

After a little more than a three years you guys have released your second record, Pennied Days, was the pressure of time anything you guys worried about?

I definitely felt the pressure. There’s always that need to not fall off of the map so people know you’re still there. But then you know we hit a threshold where it was like, “Ok it’s already been two and a half years; we might as well just stick this one out and take a little bit of extra care.” I know in the beginning, 2013, after we had done that tour with Father John Misty, we were like, “Ok we need to record this next record.” We demoed real hard in the following months and then the winter hit and it was like I don’t know. The whole industry just kind of shuts down. Domino was like ok keep writing, keep writing and then we just kept at it. Then 2015 rolled around.

Did you guys kind of just keep writing because you weren’t sure of what direction you wanted to go in or it just wasn’t coming out like you had planned?

I think it was more like the stuff we were writing was just like Colored Emotions. I think that’s because we had just come off of that era of stuff. And a lot of bands do that. That’s cool. And I would have just done that if the label hadn’t said to keep working on stuff. However we started to push ourselves in a totally different direction. With this record, we fueled off of the initial ideas we had, but would not have put out what Pennied Days is now, if we had released the record in 2014.

So do you think it ended up being more beneficial for you?

I feel like I’m always kind of never satisfied. That’s something I’m trying to rectify with myself as of late. With the first record, what a lot of people don’t know is that that one took us just as long as Pennied Days did. But, when you’re not on the map and no one knows who you are and you’re not really playing around, there’s no pressure. No need to put anything out. You can just take your time. Once you rear your head, I feel like there’s pressure.

When you hear Colored Emotions do you think “oh my gosh, I could’ve done that way different with that song?”

Yeah… I think about the mix of the song and the production, like the sound of the drums and obviously guitar tempo. I also think about the song arrangement. I think all of the arrangements on Colored Emotions are pretty good, but I think sometimes it’s like “Oh man we really laid a lot of shit on that part.” I think it’s good though to grow like that. There’s even things on the Pennied Days record where I’m like, “Oh maybe if I could just redo that vocal… it would be so much better.” You know, you can drive yourself nuts with that kind of stuff.

From Pennied Days, your song “Carl Sagan” has been met with a lot of great reception, can you tell me a little bit about the idea and inspiration behind the song and video? I’m guessing it has to do with the astronomer Carl Sagan…?

Oh yeah, that was a song we wrote back in like 2011, which is funny because that was already 5 years ago. I was just going through a big cosmo phase at the time and I just needed a name to save for the Garageband file in my computer. I wanted to choose a name that would stand out.

When we revisited it years later, it was one of those things where I was like I don’t even know what to call it anymore. At first we all thought that maybe it sounded stupid, but then I started thinking maybe it’s not so stupid because Carl Sagan was an amazing human being. With the lyrical content, it’s an inner wrestling on how you relate to your surroundings, like your friends and family; just general existence if you want to be brief. With the video, I told the director, Brook Linder, a super long synopsis of the song. He was like, “Ok I get it. Big world, small dudes. Macro vs. micro concepts.” He had a lot of crazy ideas at first where it was kind of funny because that Stranger Things show came out and I was like, “Oh my god I’m so glad that we didn’t go with the first concept because it was so Stranger Things.” It’s really weird because he had almost predicted that it was going to be a trend. He had one idea where we were in a car and we were looking really forlorn and it would pan around and there’d be this old man, tied up. We’d have to go feed him to like this monster in this cave. It basically described, the same netherworld-whatever the fuck it is in Stranger Things, where there’s this demon who’s eating people and wrapping them up in slime. You don’t see the monster but you have to sacrifice this old man. I don’t really know if that fits the theme of the song. It might’ve been too hardcore and a little too sci-fi.

He eventually came up with another concept – an end of the world type thing. It implies a certain death, like with everyday your clock is ticking. He told us we’d be driving through the desert with long beautiful shots and in the end, there’ll be a reveal shot. The world is ending and there’s a cosmic collapse.He wanted to use diegetic sound which is where you have other elements, other than the song playing like we had the car going. It wasn’t just us miming with guitars in the forest and some shit. It was like more of a movie type thing. The video is really just kind of the end of days. It all ended up being really nice. It’s always a pain in the ass doing music videos because no one’s ever really happy and it’s weird because you make a record, like “Carl Sagan,” and I never would have thought of that video for the song.

It’s been awhile since you guys have been into the solid touring routine. How’s the adjustment going? Did you miss touring or do you have more fun in the studio?

Touring’s fun. It’s just kind of a big party where it’s like every night you’re at a bar or a venue performing, and everyone’s there to have a good time. That’s always a blast. So we don’t have any issues getting back into the swing of things. We’re all pretty nimble dudes at this point and the road doesn’t wear on us too much. I love being at home and writing because it’s a comfortable thing to do, but I know everyone loves touring and everyone’s really excited to get back out. We’ve been practicing a bunch. I feel like when I see those guys everyday, we’re practically in tour mode.

Is there any spot you’re most excited to play or maybe excited to come back to?

Seattle is always fun and Los Angeles. Portland is usually good for us, and there are a few places that we haven’t played that I’m excited for like Sante Fe and Spokane. It should be a good time. We’re playing with a fellow local her name is Haley Bonar and we know those guys pretty well from the scene over here so that’ll be fun to be on tour with friends.

When people head out to the Echoplex in Los Angeles on December 3rd, what kind of show can they expect to see?

For first time listeners, what Night Moves song would you suggest to listen to first?

I would say the song “Horses” off of the first record. I think that one would be a good starting point because I think it has a lot of similar sonic motifs in the second record as well as the first.

I was going to say that one too actually.

For more from Night Moves head to their website: http://www.nightmovesmpls.com/. Don’t miss their show at the Echoplex in Downtown LA, Saturday Dec 3rd.