Zio Ziegler and Daniel Gibson are nothing if not prolific. I’m not sure when either of these artists sleeps or if either of them actually does because they are both constantly churning out new work. Ziegler, who has become known for his large-scale murals that can be seen everywhere from San Francisco and Tokyo to London and Italy, creates paintings that are driven by intuition and depicted with a playful use of space and materials. Gibson, whose subject matter largely pulls from California desert vernacular and his Mexican-American heritage, has long been one of our favorite artists, continually pulling us in with his sensual, loose, and sketchy figurative style marked by his bold brushstrokes of Sumi ink on canvas and paper. Both create work at a maniacal, but steady rate, each piece filled with an ever-present level of enthusiasm that doesn’t ever seem to tire.

Ziegler and Gibson opened a brand new show, Picasso Post Punk, at Antonio Colombo Arte Contemporanea late last week, where through a select range of paintings, the two artists answer the question: Are we all Picasso? Anyone who has grappled with painting, even once, has imagined being Picasso. There’s no escaping the fact that the painterly genius from Malaga turned painting inside out, laying the groundwork for his long career to influence later generations. Both Ziegler and Gibson’s work explode with the legacy of Picasso and call on the contemporary character of Picasso’s universal work. While Ziegler’s work is undoubtedly filtered through the aesthetic language of Pollock before he discovered the dripping technique that made him famous, it evokes a Picasso-esque world of surreal colors and signs. Similarly, Gibson’s monochromatic works take a cue from the Picasso of Guernica, creating elusive, shape-shifting entities that satisfy his search for significant forms. Both artists possess an erudite quality in their work as they shift between abstraction and figuration.

Picasso Post Punk will be on view at Antonio Colombo Arte Contemporanea until January 25th, 2018. 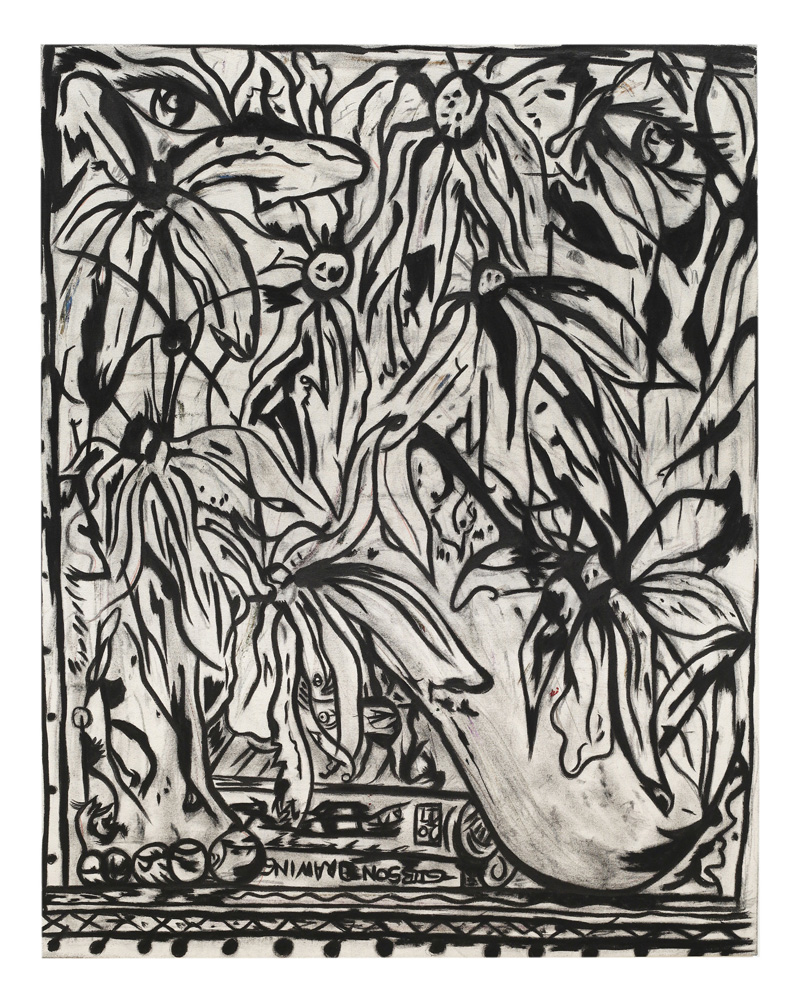 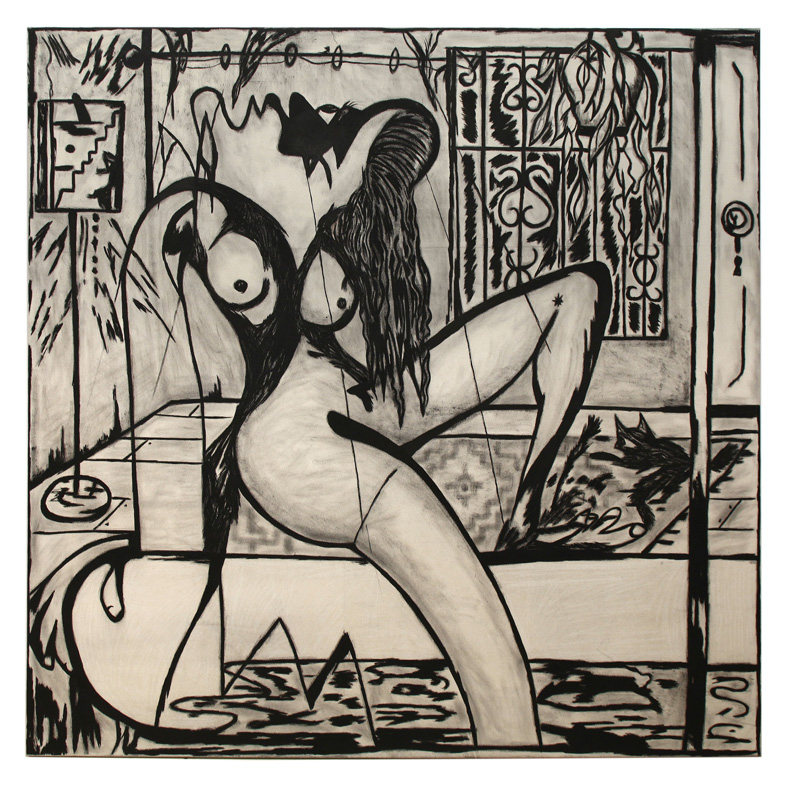 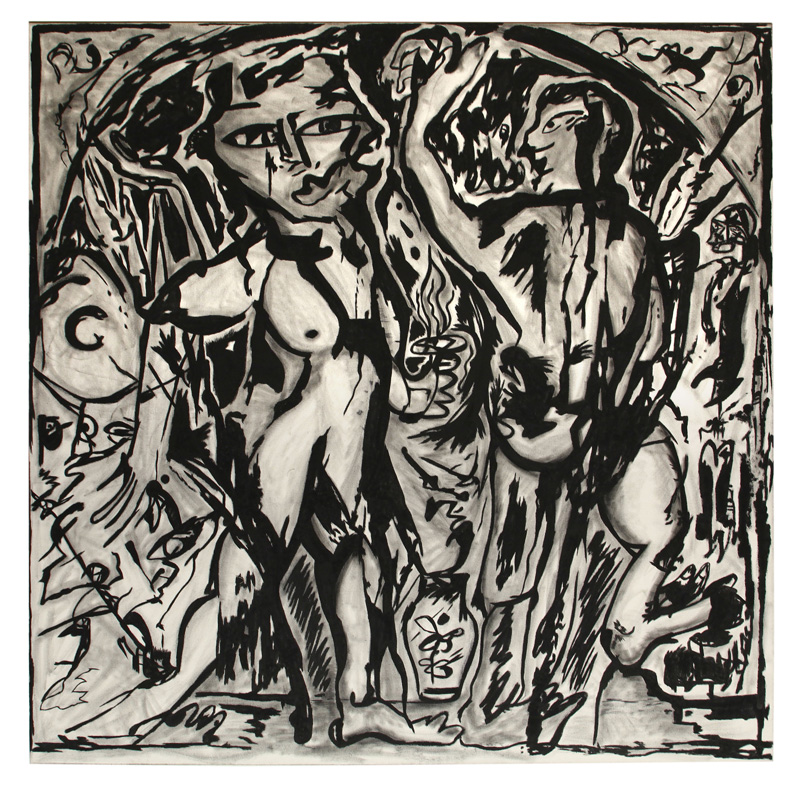 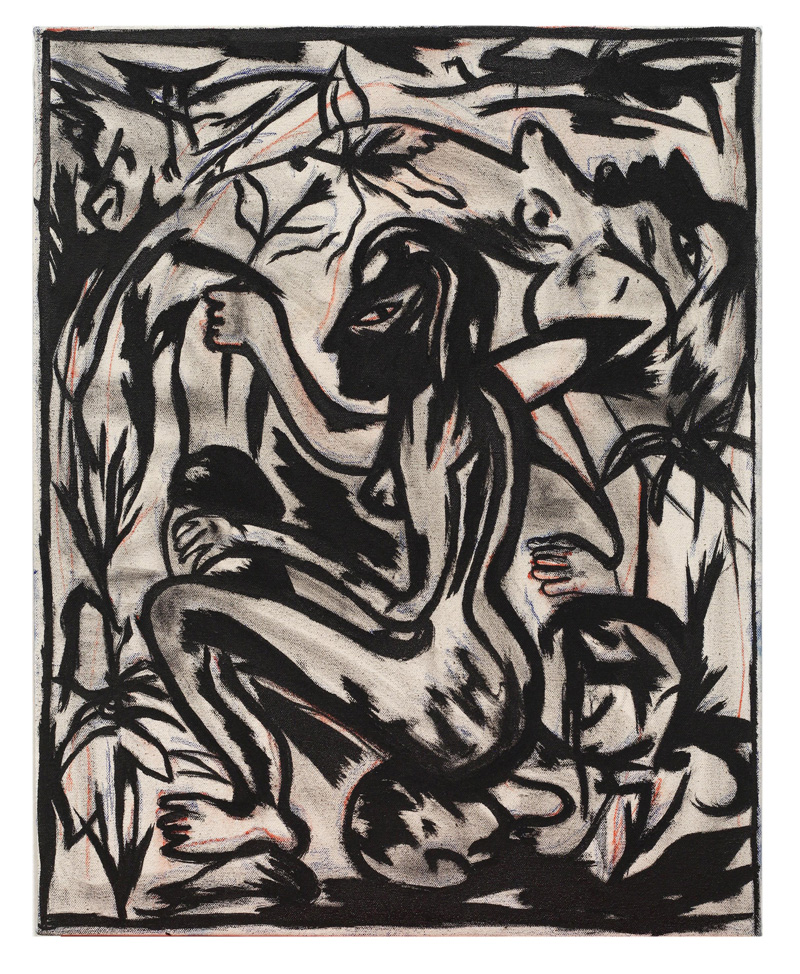 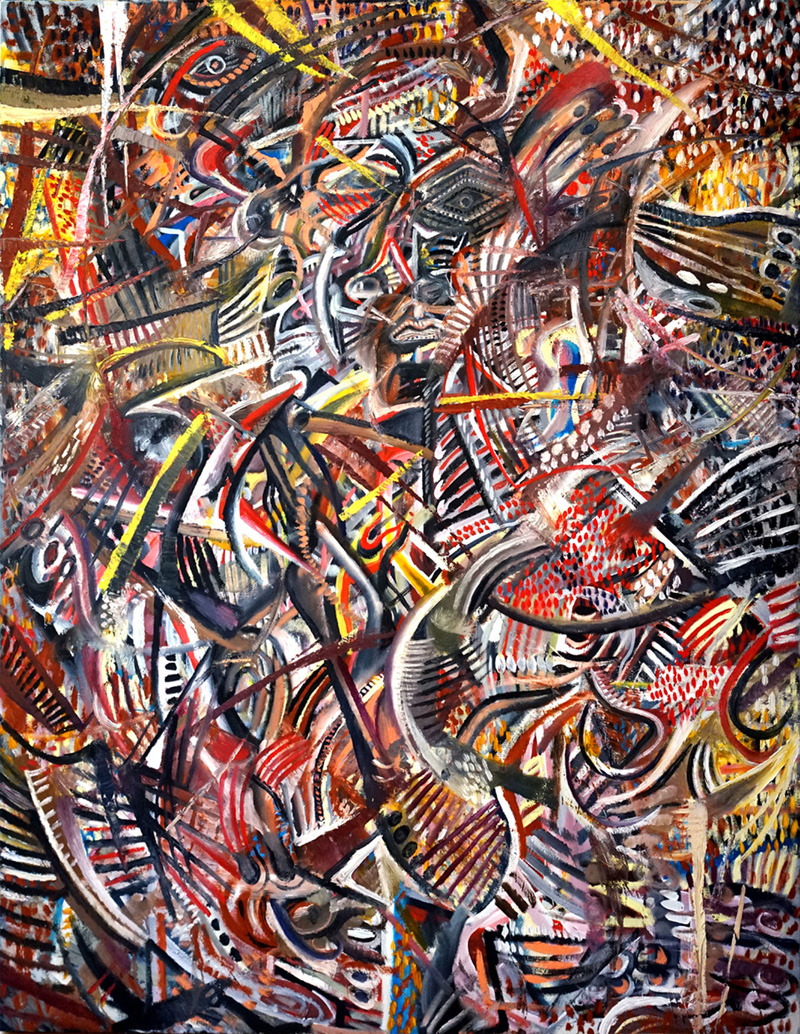 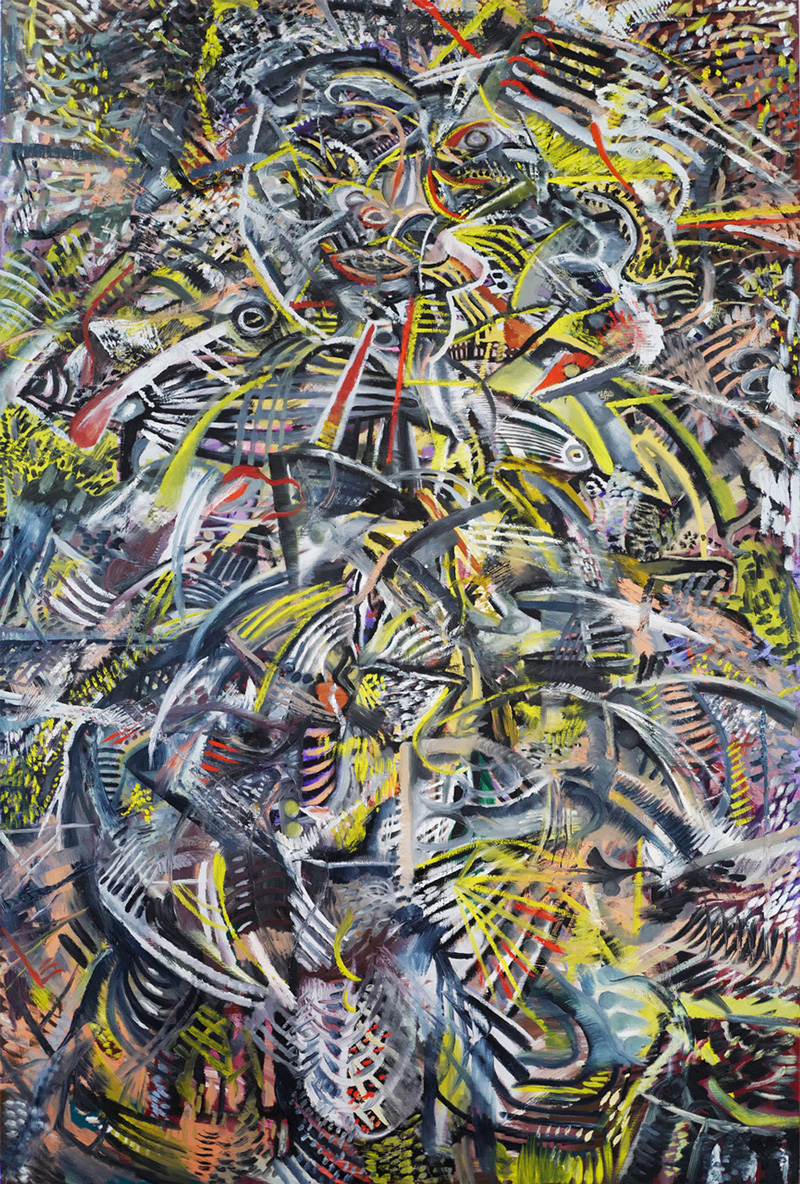 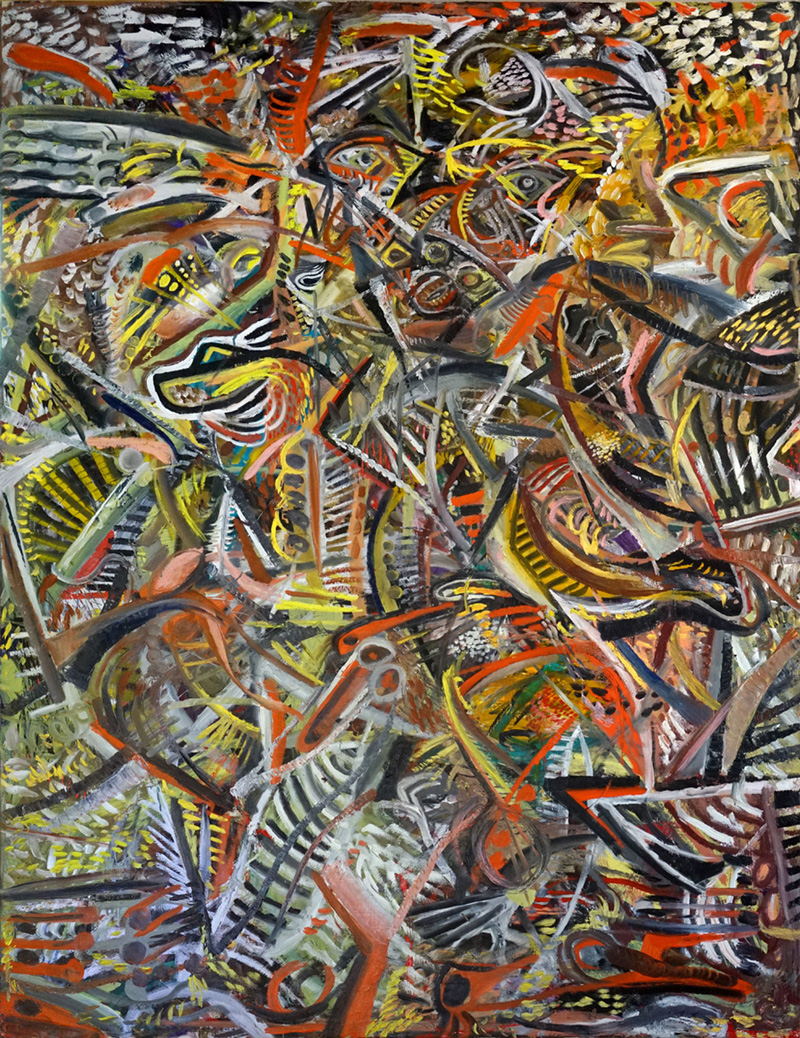 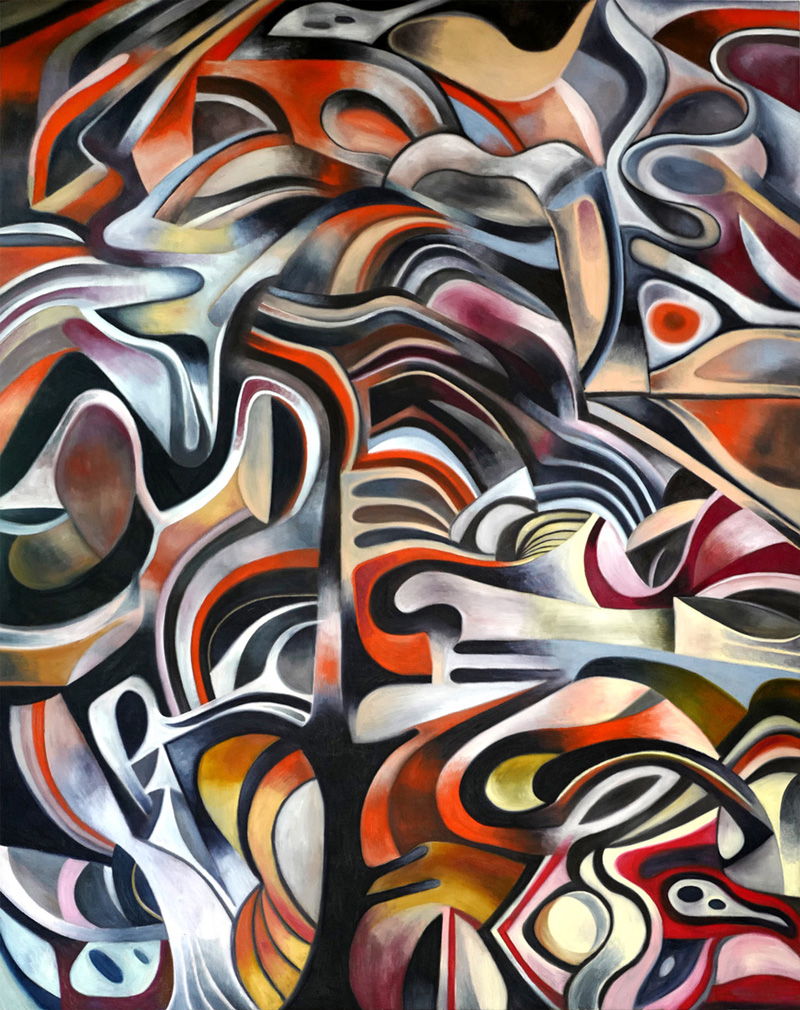 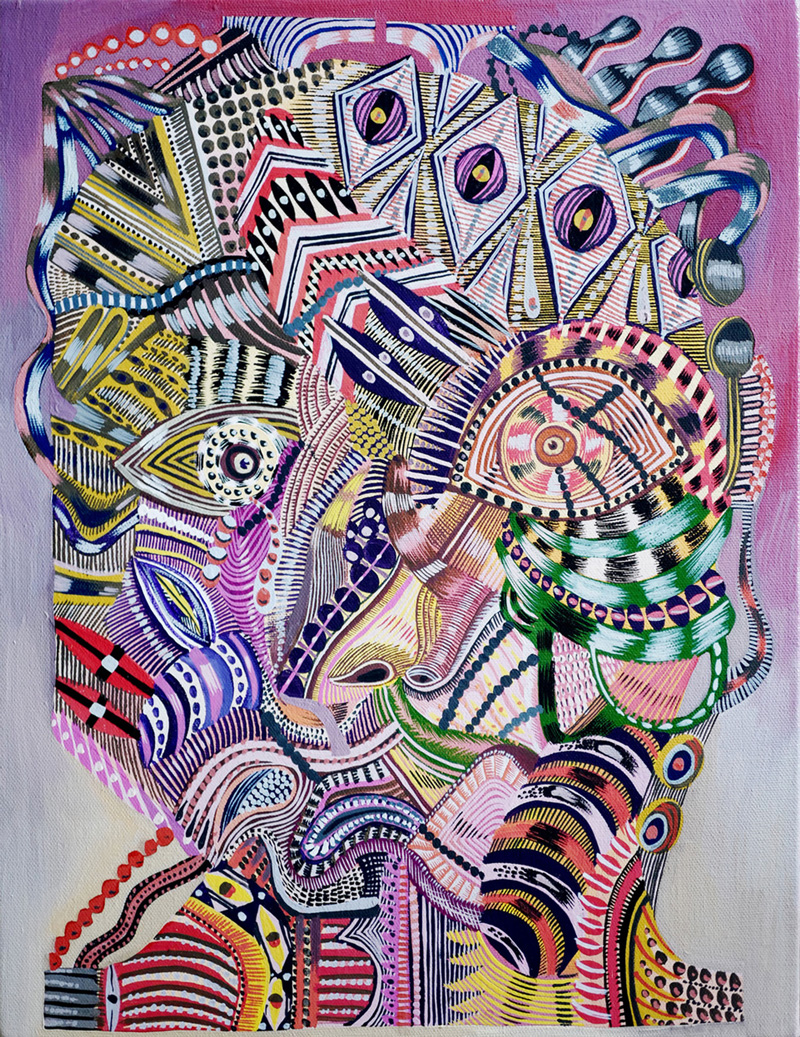