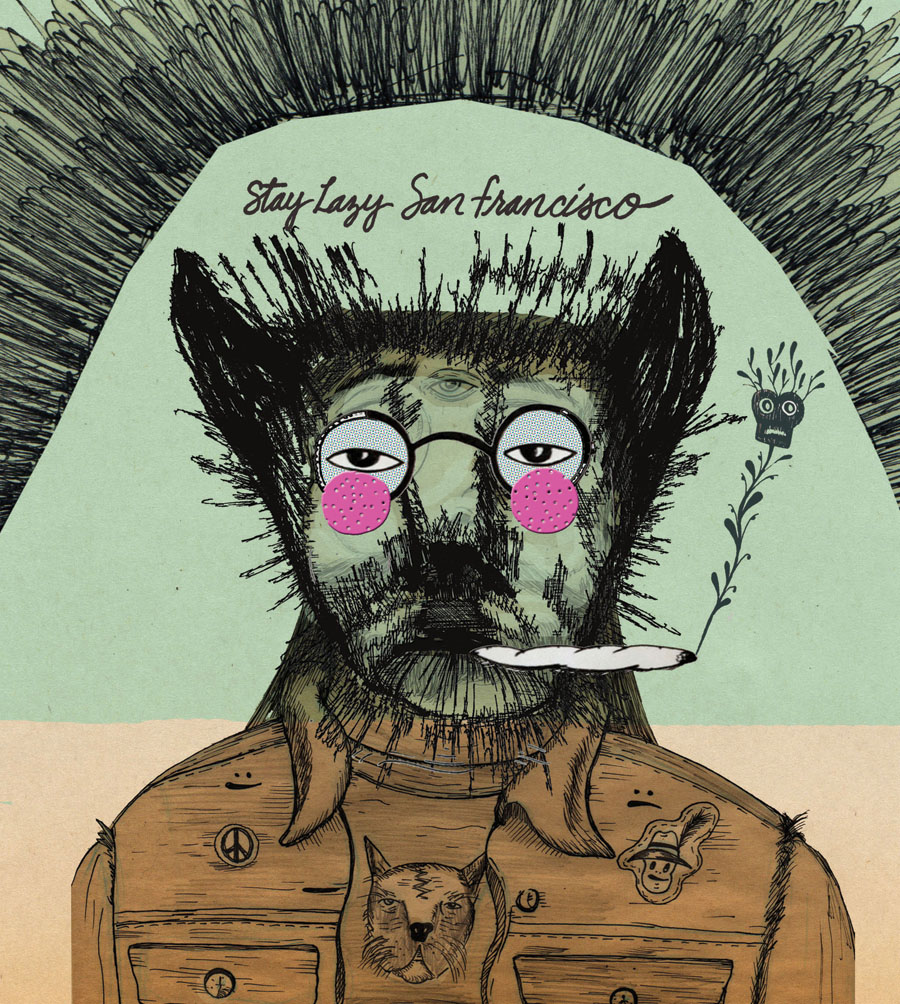 Daniel Gibson is still learning. Sure, the Los Angeles based artist has been the toast of countless shows and exhibitions up and down the West Coast, but his style – largely influenced by his experiences growing up in a border town in Southern California –  continues to evolve with each new piece he cranks out of his small studio in Highland Park. Gibson recently sat down with amadeus, revealing what really got him started painting and how some new found clarity has begun to change his art entirely.

Where did you grow up?

I moved to El Centro in 1988, before that I lived in a factory town called Plaster City, CA, where my dad worked for 30 years in the sheet rock factory. It’s on the way to San Diego and wasn’t near anything. We lived there and it was really crazy, because there was no stores, just the post office and the factory. It was for the families of the people that worked in the factory. They actually tore it down because they knew it was hazardous to our health. Every morning we would wake up and it would be snowing in the desert. It’s 120 degrees, but sheet rock would be falling on the cars and we would be breathing that in.

But El Centro is a bigger town; 30, 000 people when I was living there. They have an Applebee’s now; it’s like every town USA now.

Are you at all influenced by your upbringing?

Definitely, I think it comes out often. A lot of the storytelling is from growing up there in El Centro. I can be anywhere and I will always draw the landscape, I have been told that I have a desert-walker feel. I don’t try to. I always draw horizons; if someone grew up in the city I think they would have all this cityscape. Maybe I’m just too lazy to draw a building.

So you started painting when you were 21?

Yeah, I started painting to impress a chick who I had been wanting to talk to. I found out she was a painter, and I stupidly told her I was a painter too so she would like me. She was a pretty established painter at that, so when she would go to sleep I would sneak out of bed and start frantically trying to draw eyeballs, just trying to figure it out. I didn’t know that yellow was a primary color. I remember I asked her one time how to mix yellow and she looked at me and said, ‘I thought you were a painter?’.

She was studying graphic design so I started studying graphic design too. I still hate the computer, most of my jobs now are graphic jobs. Then I got into wheat-pasting posters; a lot of pieces about border issues, especially when I was living in San Diego. I got into that and kept getting arrested. One day I saw all the sheriffs raiding my backyard, picking up artwork that I was putting in the street. I worked at this coffee shop and the graffiti task force would come in everyday to get coffee. Right after I closed down the coffee shop I’d go out and put up my posters I got to know these guys that were after me. I would give them decaf coffee. They would have a book of all the people they were after and I would ask, ‘so who you guys looking for?’.  One day they opened their book and then I saw a peeled sticker of mine that was slapped in their book. They pointed to it and asked if I knew who the guy was.

What was your name?

Ser humano. To be human.

They raided my pad and I just kind of bounced.

Where did you go?

I was studying graphic design at community college down there and I actually got a scholarship to go to Art Center here in LA, so I just bailed.

Did you continue to throw stuff up here in LA?

When you’re at Art Center, you’re really just doing art, so I didn’t have time to run around. I miss it though.

It sounds so dumb talking about it, but it all starts from a line. Drawings are puzzles to me. It always starts from a line, like a line drawing. I do one thing, see something and keep going. I always remember where it started too when I look at my pieces later. I like the journey. 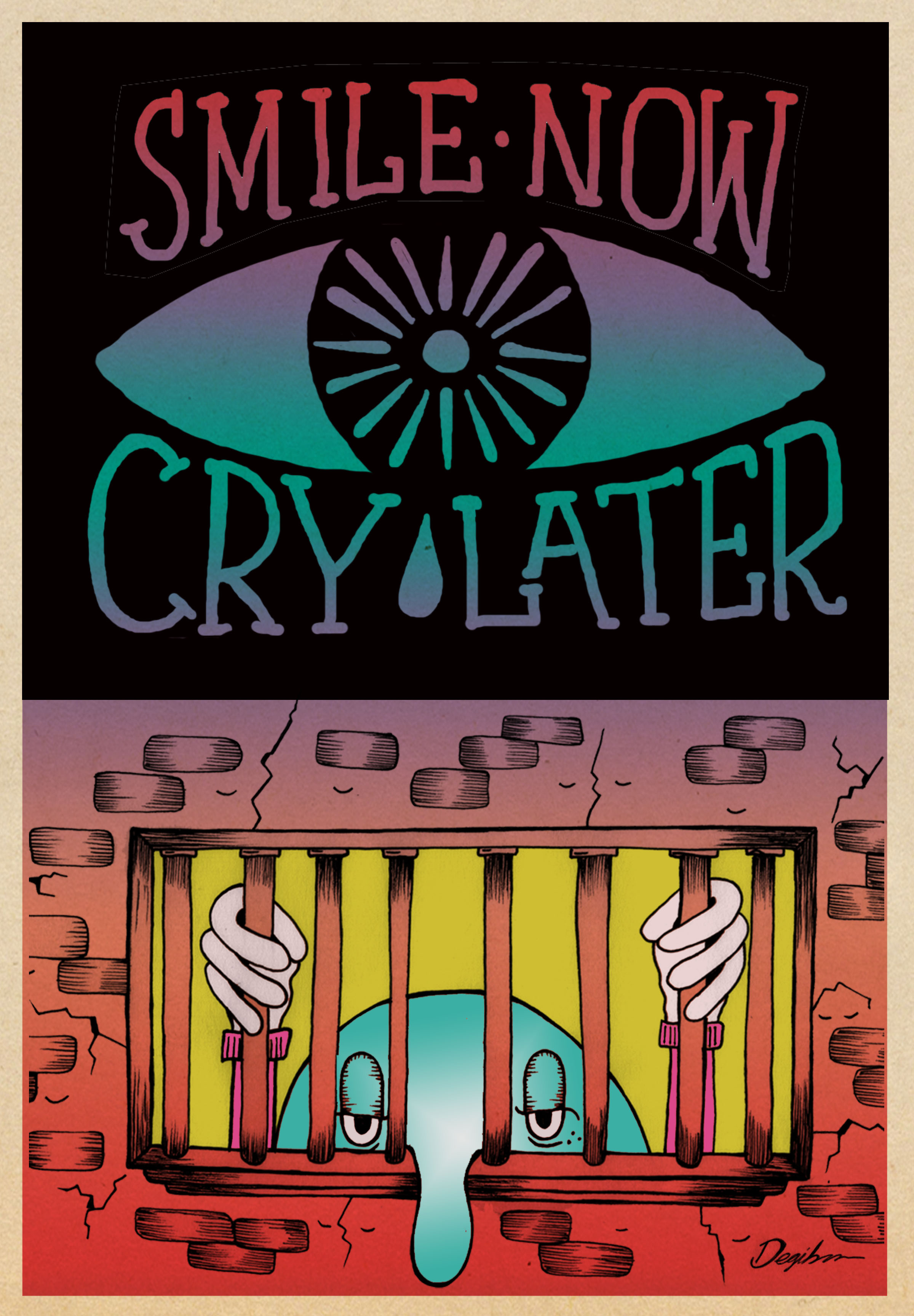 So how do you fare when people ask you for a commissioned piece?

I hate it when people ask for something specific, but most of the time they say to do whatever I want, which is good. I always ask them if they’re sure? (Laughs) It all just starts from the spontaneity of a line. It feels better when you’re doing it, when you’re involved because everything starts unfolding. It’s like a book, where the story unfolds. I can’t do too much. I feel like this is the only thing that I can do, or that I want to do.

Any particular artist you are influenced by?

With the Internet, it’s so different. OK, I play guitar and if I listen to music and then turn it off and four hours later start playing, it will start sounding exactly like what I listened to. It’s the same thing with art. You’re trolling around online all day, finally turn it off, and start working, then you realize it looks like something you just saw.

What I admit to doing is stealing people’s colors. I’m constantly looking at colors and how they sit next to each other. I look at people’s color palette. Choosing colors is a challenge, because on a computer when you’re doing graphic design you can switch between colors so easily.

How has your style changed over the years?

I can’t even look at my old stuff. Once a piece is done I hate it. It’s done, you went through all of it, and then once it’s hanging, and it’s up in an art show and people are telling me how much they like it, I have to fake it so bad and tell them how I like it too. I enjoyed doing it, but at that point I couldn’t care  less. 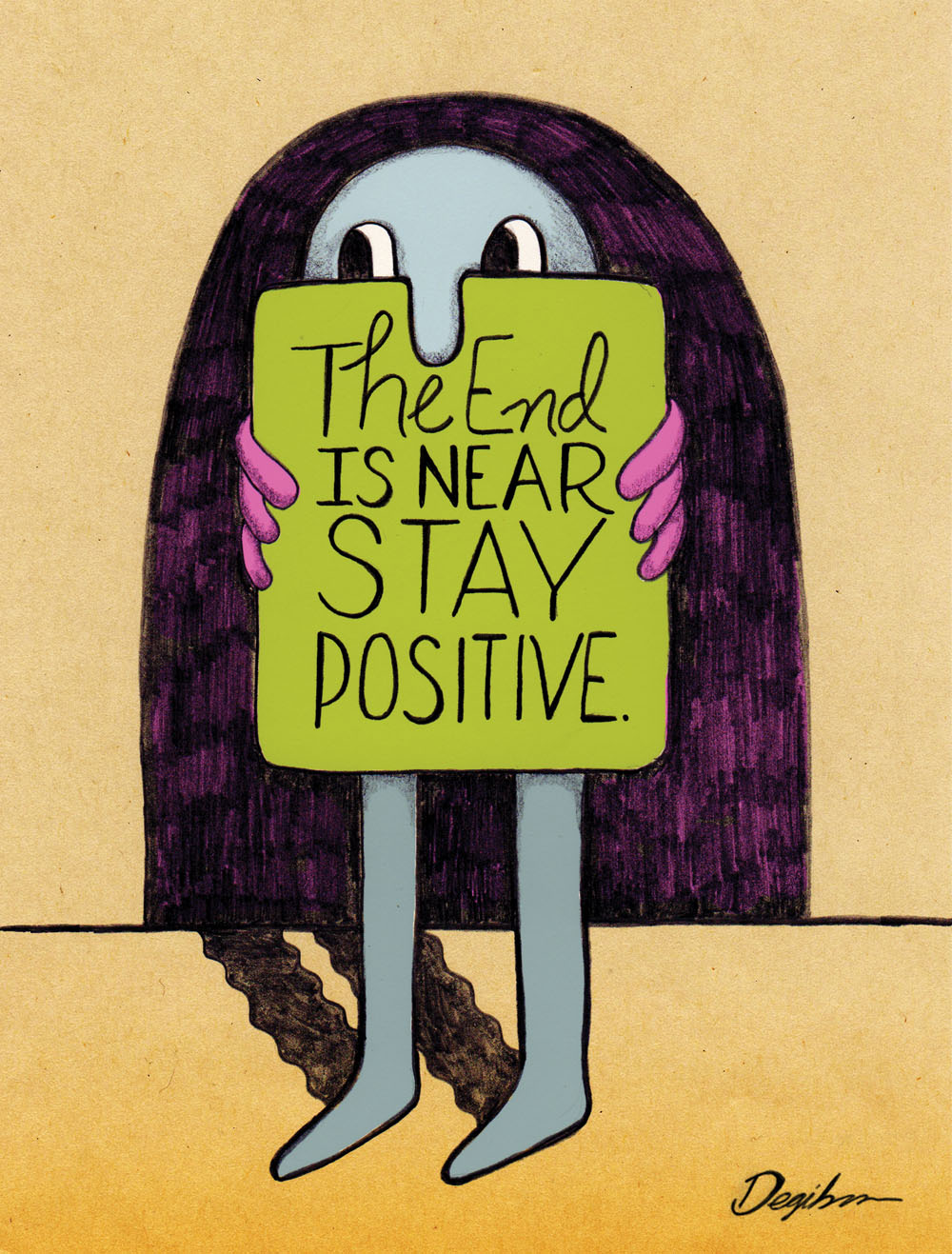 I’ve had art shows where I’ve been drunk in an alley hanging out with homeless people. I’ve been told to leave my own art shows. I had my first solo show in San Diego, showing bad paintings. Red Stripe sponsored it; I sold all my work on a barter system. I would have a painting up and the price would say “18-pack of Budweiser”, or I used to wear Dickies a lot, so “size 32 Dickies- tan”. I was so broke. “Size 10 Vans”.

This was the first show that my mom came to San Diego for. I went around to graffiti spots where I knew homeless people were hanging and handed out flyers to the show and told them there was free food and booze. I had everyone enter through the alley and my mom shows up and it was just full of homeless people. She was like, ‘mijo, why are all these homeless people here?’. I told her I invited them and the gallery lady overheard me and got pretty pissed. But the show got in the paper. It was all gimmicky, but I just wanted to feed the homeless.

I stopped drinking recently, so now I feel like I’ve never been to a show. I did a show not too long ago and it was the first one where I was sober.

Has your art changed at all since you have stopped drinking?

Tremendously. It’s gotten better. I think about it more. Before I was just a lunatic in my studio. Destroying everything and putting it back together. It was chaos. Now it’s a whole new approach. I have to learn everything again, from talking to girls and people to making artwork.

What was your rock-bottom moment; where you said you were done drinking?

When you’re drinking vodka in the shower. It was like the movie Leaving Las Vegas. You’re completely gone, you’re body is just shutting down. I almost died on the floor of my studio because I detoxed for two weeks, just sitting there. I was just laying on the cold floor with my phone ready to call 911 because my body was going into seizures. Once I pulled through that I started going to meetings. I used to talk so much shit about AA.

What did your stuff look like before, in comparison to your newest work?

It was demonic, angry, and sad. Every fucked up emotion. Everything is much clearer now.

What did your work address then?

I bashed religion. I know I pissed a lot of people off. I referenced a lot of the grim stuff that I encountered when I was younger living in El Centro. I’m just now realizing all that stuff is gone in my new work though.

Have you gotten rid of all your old stuff?

Yeah, everything is gone. I remember how fucked up I was when I was making those pieces. I feel more embarrassed now because I went so long acting like that.

What has your artwork taught you?

Doing my artwork has been therapy. That’s how I have learned to get stuff out of me, by talking about it. It’s an exhaust to get things out. I’m an emotional dude and need an outlet like this. It’s not healthy to hold all of those emotions in, I’ve seen it really mess some people up. 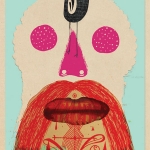 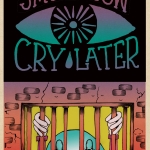 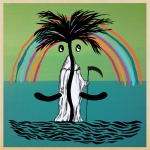 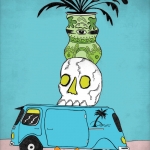 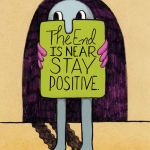 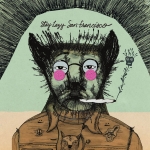 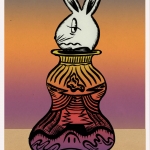