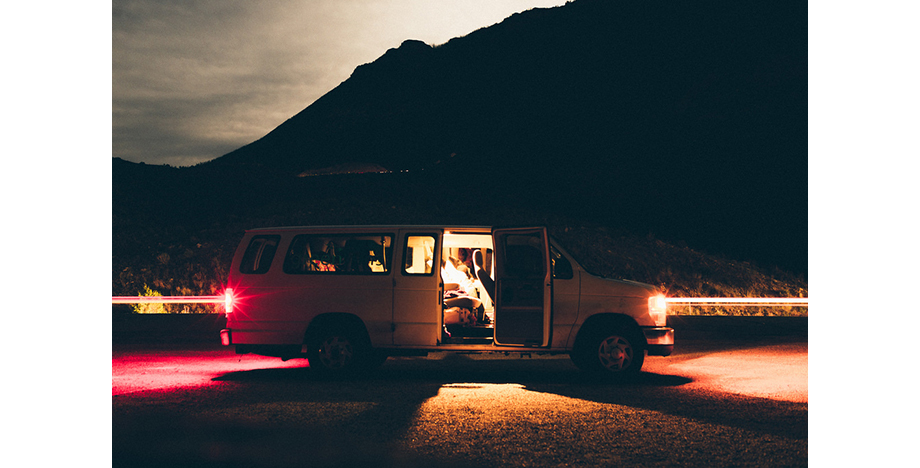 Between Reality and Escapism: A Conversation With Photographer Chris Mongeau

In the midst of the small but spirited music scene of Providence, RI, Chris Mongeau was always there, camera in hand, chronicling the highs and lows of the Ocean State city making all that noise. With a let-loose demeanor reverberating from long, side-swept hair to toe, he became a music-scene staple, juggling cheap beers and expensive wide-angle lenses at every gig in town.

Mongeau and his punk-rock curiosity documented every show, dipping and ducking behind DIY amps and lighting to capture life as he knew it: loud, impromptu and tiny as hell. And so he decided to travel.

With an embedded obligation for exploring all of it, Mongeau has made traveling his art form as innately as photography—his photos are harmonious with his travels; his travels, harmonious with his work. Saturated not only in natural hues and depths but in experiences, Mongeau’s work captures the staunch essence of living—without fear and without graveness—perfectly nested between the beauties of reality and escapism.

His photographs serve as the steady dialogue between real time and frozen moments—trivial happenings captured unexpectedly and for the rest of time. Be it friends, buildings, landscapes or performers, his subject matter is enlightened by his keen eye and passion for the device, slowing down the awes of life for the lives less traveled.

His wildly successful debut book and photo memoir Escapism documented his travels from 2009-2010, and while we patiently await the next installment we are enormously pleased to give you Chris Mongeau.

Tell us a little bit about yourself and your background.

I’m a photographer from Providence, Rhode Island. I’m a wanderer and a bit of a coffee fanatic.

How did you become interested in and get started with photography?

I started pretty young with disposable point and shoot cameras on family vacations. I used to be really into making photo albums when I was a kid. Eventually, I started photographing friends of mine in bands and ended up getting the chance to go on the road with some of them.

What sorts of topics and things have you been shooting and paying attention to lately?

Right now I am working on a project about some of the abandoned/repurposed mill spaces here in Providence. I spent a lot of time over the past six or seven years in those places going to shows, and now that I don’t do that as much (or at all), I thought it might be cool to go back and look at them with a pair of fresh eyes. As I’m doing it, I look at street corners and alleyways and remember all of the crazy things I’ve done in some of those places. I know which doors might be open, which fire escapes will lead to a roof. I don’t know where I’m heading with it but that’s usually how I start most projects. It’s all on film and it’s the first thing I’ve done in awhile that’s focusing on where I’m from which I’m excited to be doing. I’m also working on a zine with my friends and girlfriend from our trip around the U.S. this summer and looking forward to seeing it printed sometime this year!

How much of your personal life, in general, informs your art?

All of it. Almost all of my photographs are of friends of mine whether they’re on the road or at home. I take all of these photographs for myself, and even though I really appreciate the fact that other people like them, I’d still take them even if no one else could ever see them.

Tell us about traveling and its impact on your work. How does the location influence the intentions and subject matter of a photograph?

For me, traveling and photographing have always gone hand in hand. I couldn’t imagine one without the other. Whenever I feel like I’m neglecting my camera or just taking really dull photographs, my first instinct is to get in the car or on a train and go somewhere. The stimulation of new sights and places always gets me shooting again. I’ve thought about location especially recently as I’ve traveled with friends around the U.S. and wondered what that does for a photograph. My subjects are mostly my friends, so I guess I hope that other people might see that and realize they can do the same thing. I’m not getting paid to do this (though I’ll gladly accept any offers). The idea of people resigning their life to the place they grew up in really bums me out and I hope anyone who sees my work might feel compelled to also pack up their bags and go somewhere new.​​

Can you tell a bit about your working process when you photograph. How do you begin your projects? Do you shoot digital or film? both?

Lately I have been shooting almost all film and utilizing my school’s dark room for the first time in four years to develop my own photographs. With the photos in ‘Westward I Go Free,’ I sort of figured out after coming home from traveling that they felt like a coherent body of work. They’re from a point in my life where a lot of things were in a sort of phase of uncertainty, which definitely made it possible for me to pick up and go away for awhile. Even though I went on a similar road trip again this past summer, things were much different. There was a point for awhile before leaving in 2013 where I actually didn’t know if I’d come back to Providence, and I think that allowed me to have a totally different mentality which lent itself to some pretty awesome experiences. As far as a process goes—I just keep my eyes open and a camera on me all of the time. I shoot both digital and film.

The ability to capture any human experience in a way that transcends words.

What’s your favorite state in the USA?

California or Colorado are both up there. I can say with certainty that my least favorite is Oklahoma. Don’t ever go there.

Somewhere in the Andes or on a Chilean beach just before sunset.

More roadtrips. I’m hoping to make it up to Alaska and possibly relocating somewhere new towards the end of the summer. Still planning things out!

What are you listening to, looking at, and reading these days?

The last few weeks I have been listening to the new Pianos Become The Teeth album and a lot of Ryan Adams. I just bought Mike Brodie’s book A Period of Juvenile Prosperity and Stanley Greene’s Black Passport, so I’ve been immersed in a lot of those images. As far as reading goes, I tend to pick up a handful of books at once—right now I am reading or just finished The Crying of Lot 49 by Thomas Pynchon, Vanity of Duluoz by Jack Kerouac, Housekeeping by Marilynne Robinson, Rubyfruit Jungle by Rita Mae Brown and All the Pretty Horses by Cormac McCarthy. 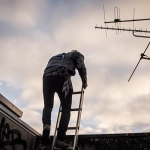 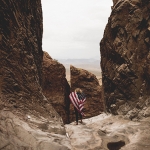 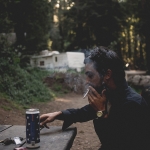 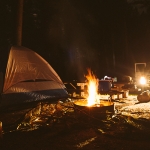 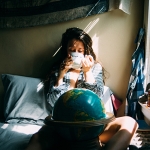 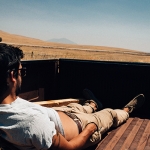 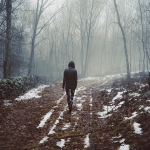 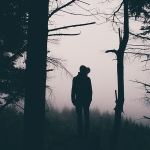 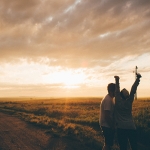 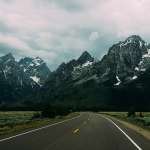