This is a preview of our feature on Shivani in upcoming issue 19, out March 28th. Available for preorder here.

Shivani Desai’s wisdom seems to extend past the years they’ve been alive, which is likely related to how advanced their artistry is. As a musician, Shivani is in pursuit of the highest forms of knowledge—frequencies, and the effect of music on the inner being is a central theme to their work. At the same time, they are also a musician in the most intrinsic sense. This is to say that while Shivani explores the more abstract ideas, the simple joy of playing an instrument has equal value to them. Shivani has spent the last year playing guitar behind Deb Never. The pure experience of music is the most inspiring aspect.

Tell me how you started playing with Deb.

I had been following their music. They had just been posting demos on Soundcloud. After releasing a few demos, a manager hit her up and started working with her. For her first shows, she posted on Instagram, need a guitarist in LA, DM. My sister sent me that post. I reached out and the first time we met up we met in a closet-sized rehearsal space. We played our first LA show with Omar Apollo and another band called Eydress. It felt so cool. Deb is another queer artist, so it felt safe. We were instantly brothers. I felt their vibe and I wanted to help in any way I could. It’s been so much fun, we just played a show in this huge dome. 88 Rising put on a showcase for Grammy’s weekend. The whole dome was projected onto. 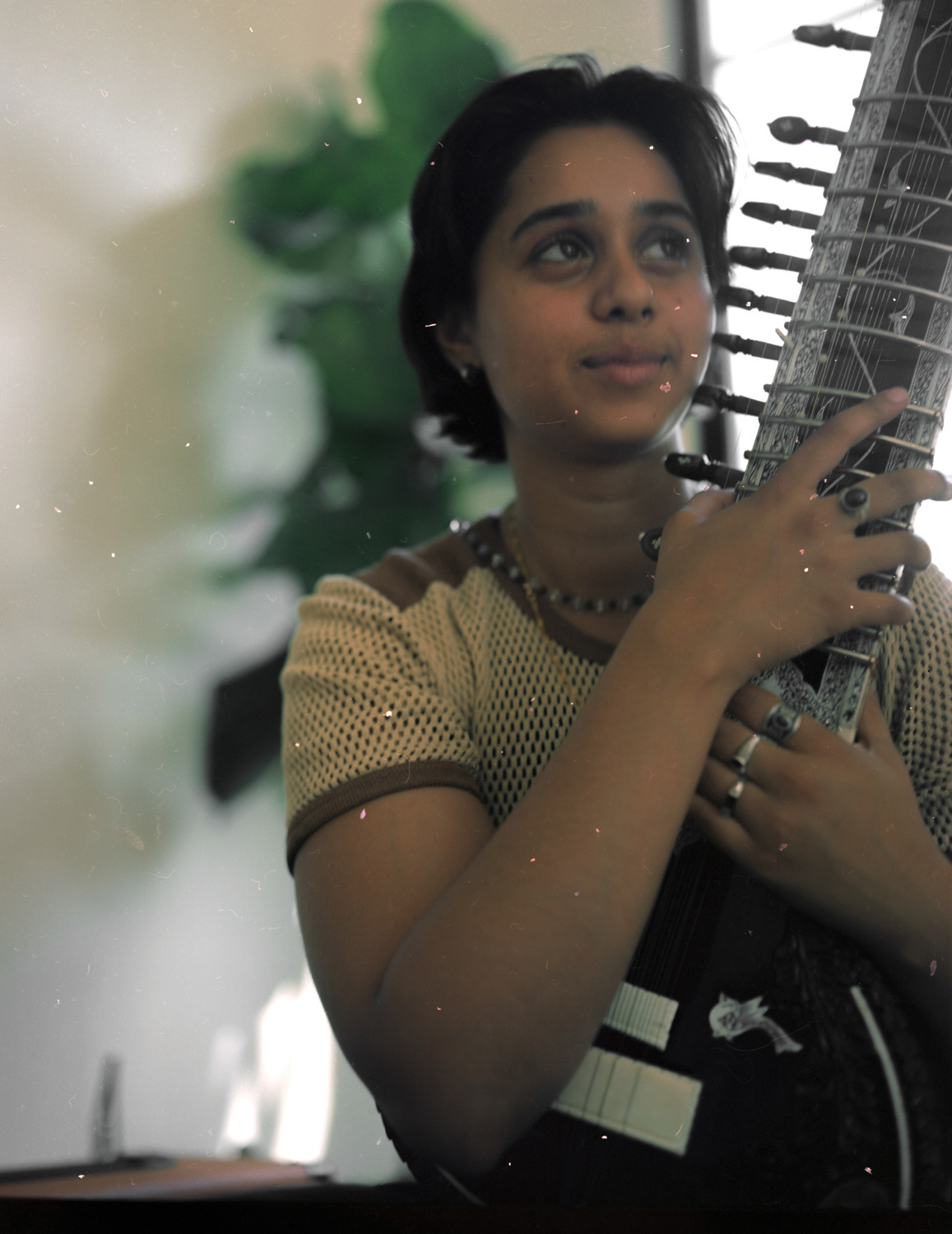 So what do you see for yourself after Deb?

I want to be working with her for at least four or five years after because I really love and believe in her. I feel like we can do some cool stuff together. It’s cool because I’m seeing how somebody goes from doing demos to playing huge shows. It almost gives me a blueprint of things—what role a manager plays, what role the artist is supposed to hone in on. I’m still working on my own music at the same time. When I was playing my own shows I would play to a fifty to a hundred-person audience and this is giving me performance skills to play for much larger crowds. It’s definitely a balance right now between Deb and my own work, but they’re so supportive of me. They know I make my own music and they’re always asking if I need help. We’re seriously like brothers. We went from not knowing each other to connecting in that closet-size rehearsal space, and immediately she had me recording stuff for her album. There’s a lot we can do together. I would love to produce a song for her.

It sounds like one of those relationships that goes beyond the projects that you’re doing and has the ability to be pure and grow naturally.

It’s one of the many things that I wake up and am super grateful for every day. When and how often I tune into the frequency of gratefulness really changed my life. Gratefulness and love are the highest vibrating frequencies, and they’re so healing. It’s almost equal to faith. The variable is what you have faith in. Faith in God, or yourself, or faith in the universe. It could be any one of those things but they all equal gratefulness and love. The coolest part is how some of this can be explained by science. It almost doesn’t matter where your perspective lies because you can see it from so many angles. Dr. Emoto, a Japanese scientist, studied the crystal structure of water before and after you say something positive to it. Before, the structure was abstract, but after, the structure takes on a highly symmetrical shape.

The craziest part is that our bodies are seventy-percent water, so that’s also happening in our own bodies when we’re having thoughts. We have the ability to change the crystal structure of water molecules in our body. It’s the same thing with music too. We don’t just listen to it, the sound waves get absorbed in our bodies. It vibrates the water in our bodies. That’s why music is so healing. If you are to put a glass of water on a speaker, you would see the shape it makes, and that happens in our bodies. It’s where healing frequencies come through. Different frequencies resonate at different parts of the body. If you are to play a lower bass frequency, it resonates at a lower part of your body whereas higher frequencies resonate towards the top. 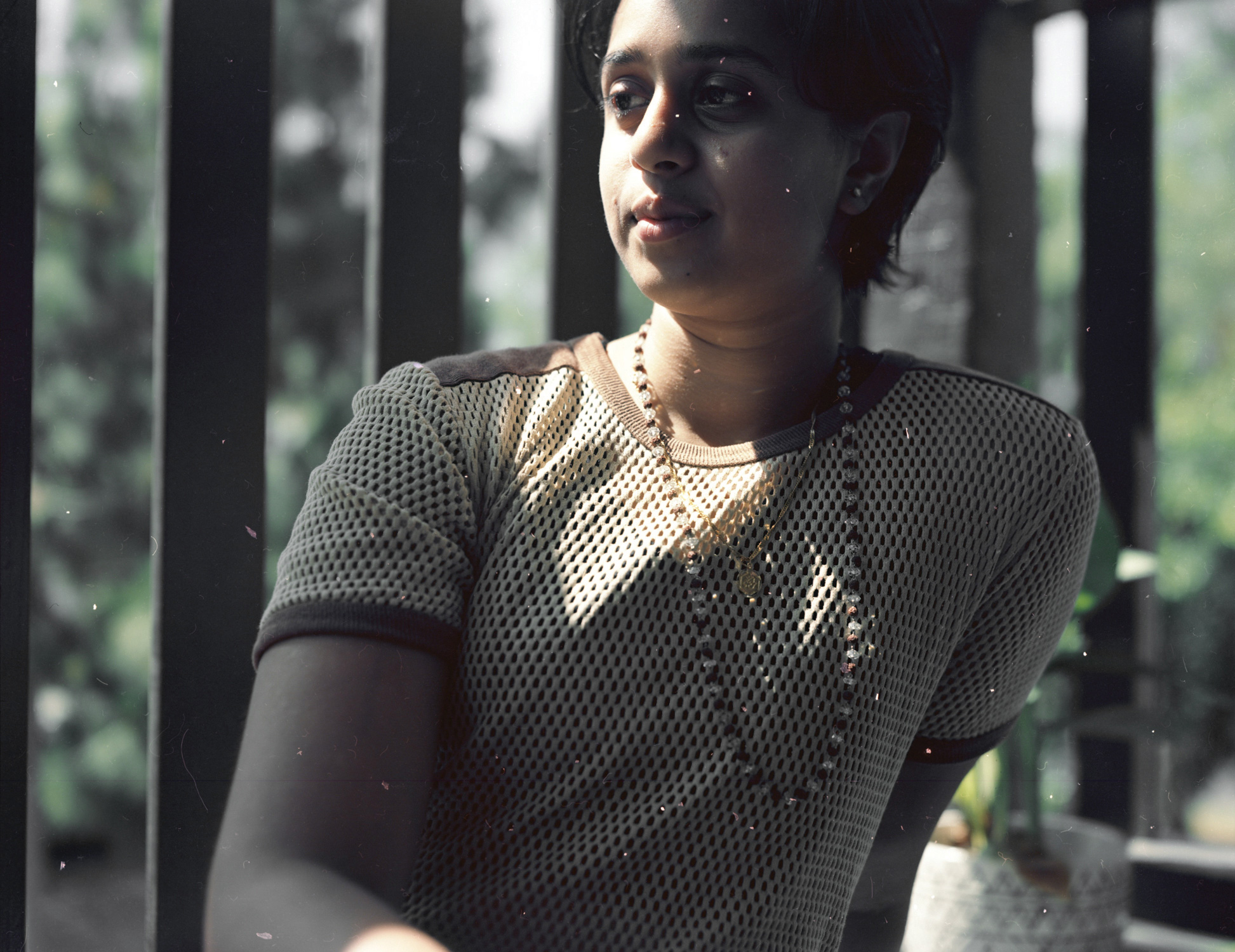 When did you first start picking up on these ideas?

When I was a kid, my dad would always play music around the house, but he would do it when nobody was in the house. He explained that the sounds are physically moving throughout the space, and changing the energy of the whole room. So I grew up with the idea of visualizing sound bouncing around. It just made me realize how real these frequencies are.

One of my sound healers, Dr. James, has seven gongs set up behind a table. You lay down on the table and underneath there’s a bunch of strings. He plays the strings from underneath you, and then he plays the gongs. Each gong has a frequency related to each of the planets, so you resonate at the frequency of those planets. The craziest thing I’ve ever experienced was seeing the sound move through the space in color. It was the only time I’ve ever seen sound. It was pulsing throughout the room, very slowly.

Do you apply these ideas directly to your work?

I keep it in my mind. Back when I lived in Ohio when I was sixteen, I was making a song with a guitar, drums, a synthesizer. I was thinking, this prayer bowl might be in the same key as the song, and it was. I recorded the prayer bowl throughout the whole song, and when I went to mix it, I slipped into a deep meditation, because I tuned into the frequency of the sound bowl. That’s the first time I ever incorporated healing frequencies into my music. It literally made me slip into meditation. I started thinking of the possibilities of embedding the music with these healing numbers and frequencies. Some of the most beautiful things happen when something flows through you. I didn’t intentionally set out to make something healing, but it just happened because I was listening to my intuition. That’s how a lot of these things happen, it’s just ancestral interaction. If you listen to everything that is guiding you, it is simply all you have to do. 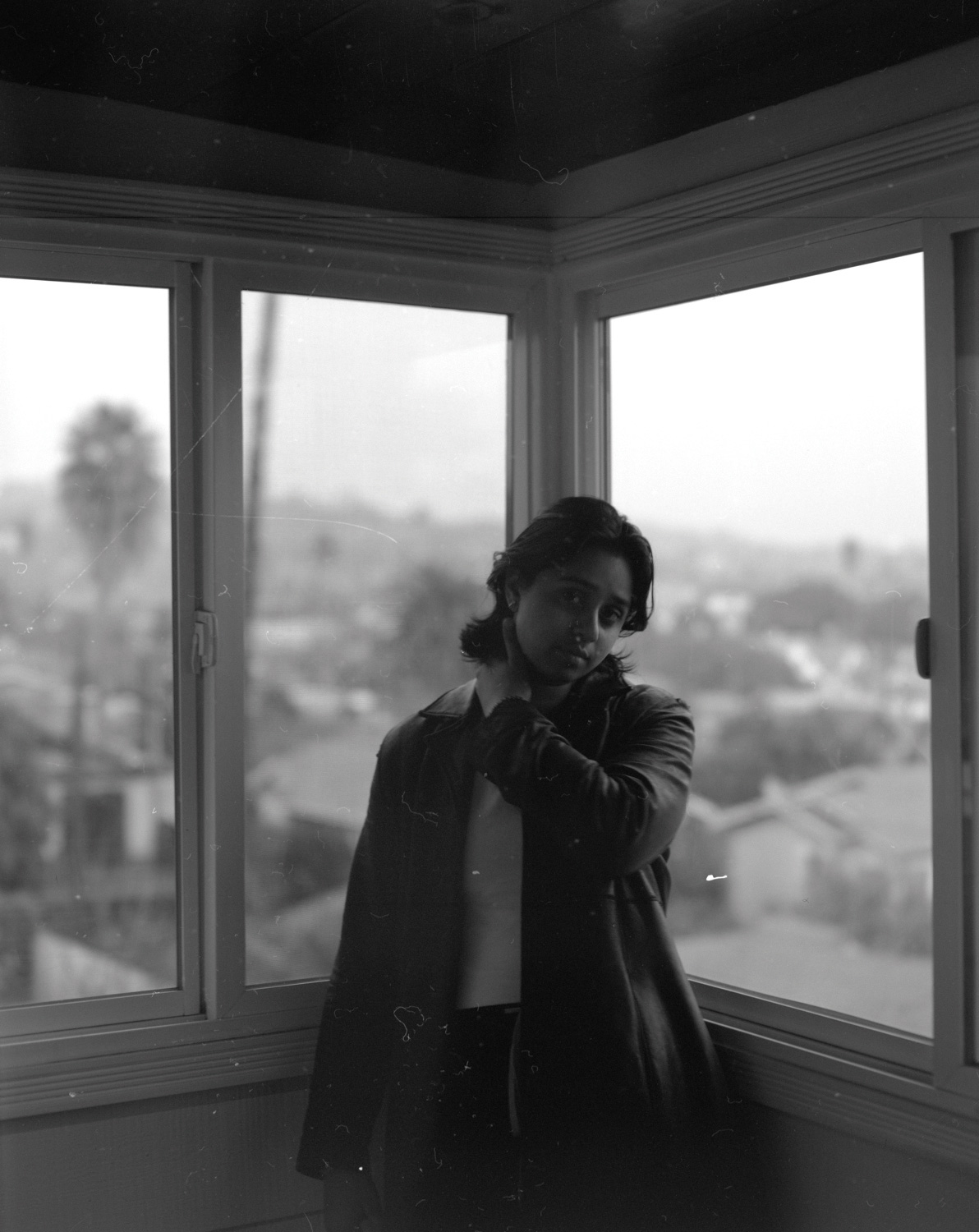 Let’s talk about being Indian because we’ve connected on that before. There are also obvious relationships to what we’ve talked about today. It’s exciting to be able to recognize our culture.

For sure! I connect with it deeply on a musical level. The music my dad played was Indian classical music. I learned from a teacher; she lived ten minutes away from my house. She’s still my guru. When you have a teacher like that, it never ends. The knowledge that you get from them deserves you to give your entire life. I learned certain rules, like how you never step over an instrument or point your feet towards your teacher. It gave me certain respect for music, and I realized that it was something sacred and holy. The stuff we learned was ancient devotional music. I started off singing what are called raags. Each raag belongs to a certain time of the day. There are raags you sing in the morning, middle of the day, or at night. They put into my mind that certain frequencies are best to be resonated in the morning. I realized that the frequencies could actually be used to mindfully get through your day. This is all ancient Indian knowledge. I was raised as a Hindu, and my dad always told me, “Hinduism isn’t a religion, it’s a philosophy.” There’s no ceremony or baptizing. It’s a lifestyle. If your body and mind are clear, you can’t be stopped.

My sister named me Shivani. Lord Shiva is the creator and the destroyer. Shiva destroys negative energy to make room for positive energy. That’s what I feel music does. It moves throughout a space, destroying what was there and fills the room with new energy. I feel that is my purpose. It’s embedded in my name.