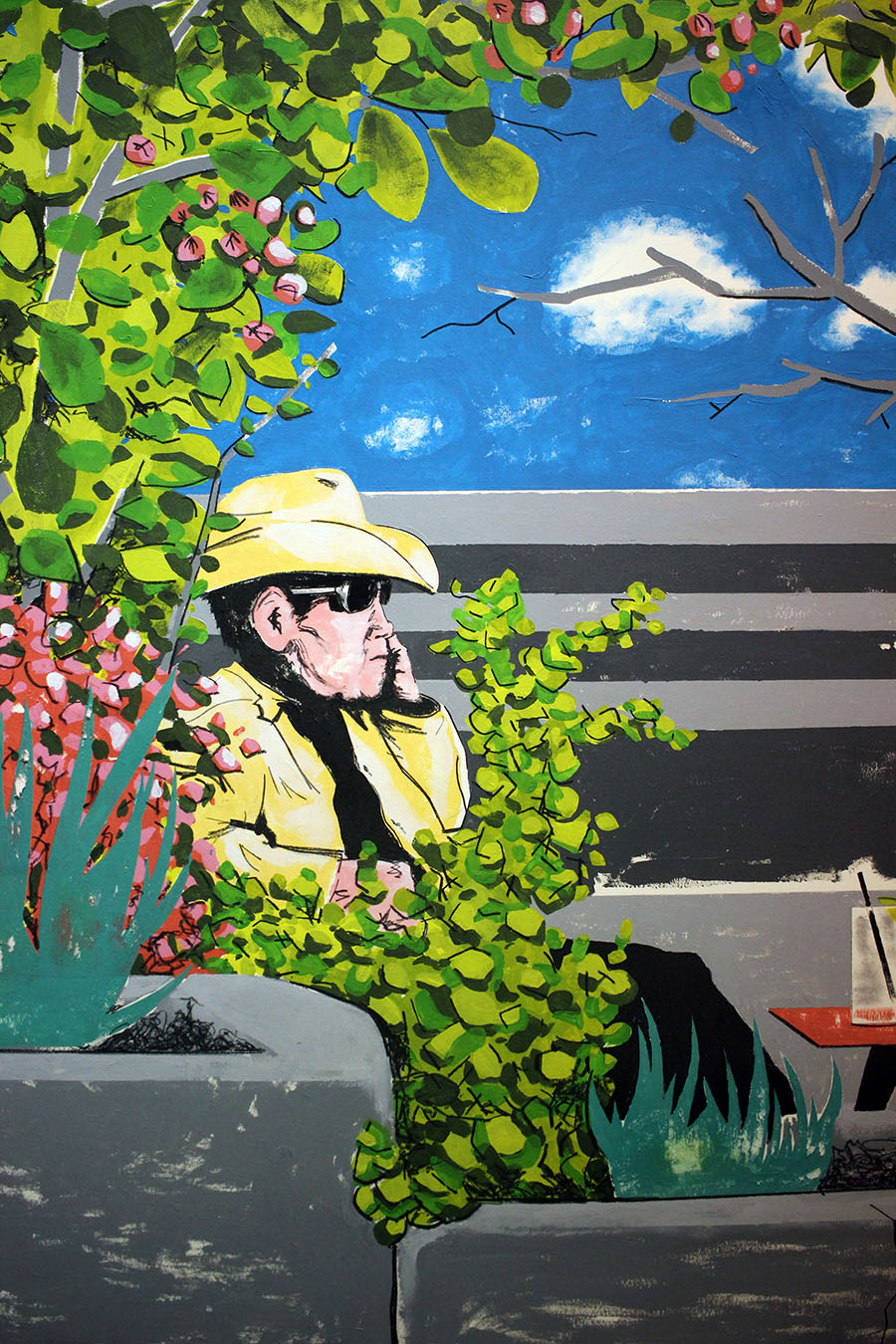 The show is what Sterling describes as, “the culmination of a year’s worth of paintings about the landscape of Los Angeles, impostor syndrome, and the interplay between us and the spaces that we inhabit.”

It’s also filled with work that he’s created using a kind of distorted monoprint technique, where the Los Angeles-based artist first uses Photoshop to separate the source image—often a photo he’s taken with his iPhone—into it’s different colors and then prints each color onto its own series of tiled papers. These tiled papers are then cut into stencils with an Xacto, and once each color’s stencil is cut, he lays them individually onto the paper to be printed on, and applies paint via a brayer or a separate sheet of paper primed with paint. He then uses charcoal to embellish and reinforce certain aspects of line and shadow.

“Le Banquet Rousseau” traces how Bartlett’s practice has largely shifted into color, emphasizing the luminous character of the domestic architecture found in the working-class neighborhoods of Eastern Los Angeles, where he lives and works.

Peep some photos from the show below. 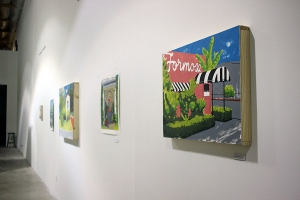 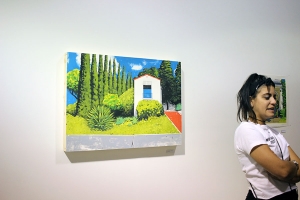 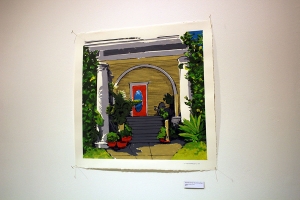 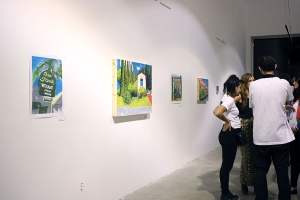 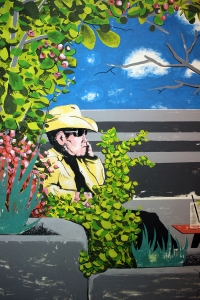 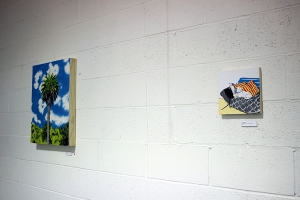 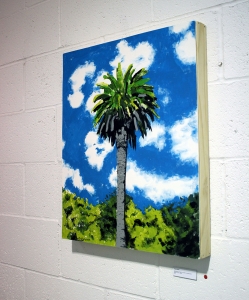 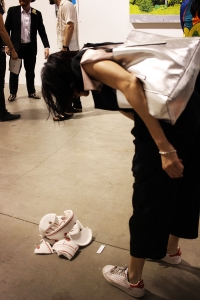 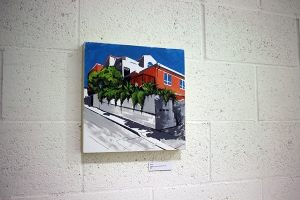 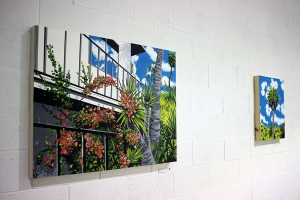 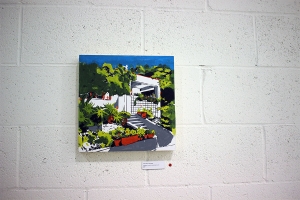 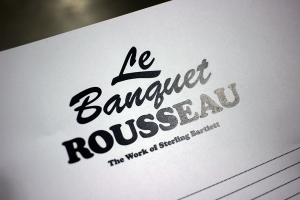