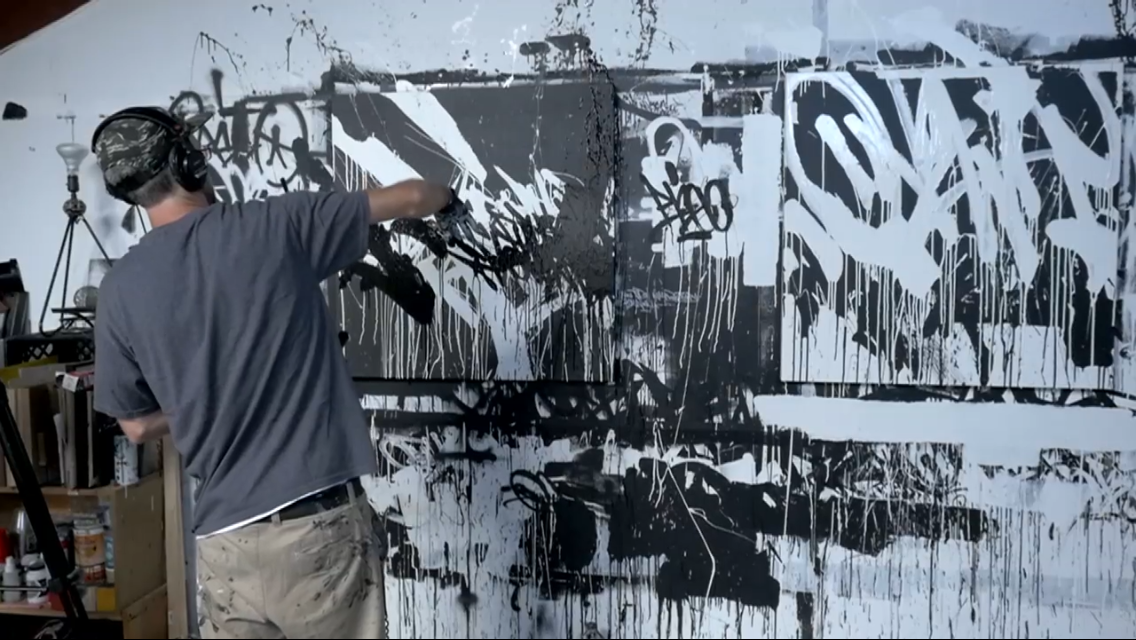 In the Studio With Bisco Smith

Bisco Smith’s work sits at the intersection of art and music. His pieces are an overwhelming convergence of the two artistic worlds he’s always occupied—the visual and the musical.

Today the two still continue to inform Bisco’s visual aesthetics even though he now finds himself in Los Angeles, rather than New York City, and more frequently painting in the studio than on walls in the streets. However, Bisco’s studio work manages to occupy that same stream of consciousness process that he once applied while writing graffiti and freestyle rapping. Now more than ever, his paintings reflect the creative spontaneity that exists at the intersection of music and paint.

“The way I can sort of get into that headspace are the beats,” says Bisco. “The music is like the fuel behind the art. It reminds me of back in the day when I had a wall of tapes and every morning I would look at the wall and be like, “What energy do I need today?”. What comes to mind is Mobb Deep. I know what I need to feel like, and I can take that musical drug.”

In preparation for issue 06, we hung with Bisco at his Venice Beach studio. The visit was like a conversational tour of Bisco’s perceptive mind, as he walked us through his artistic process and the moments that led him on this artistic path.