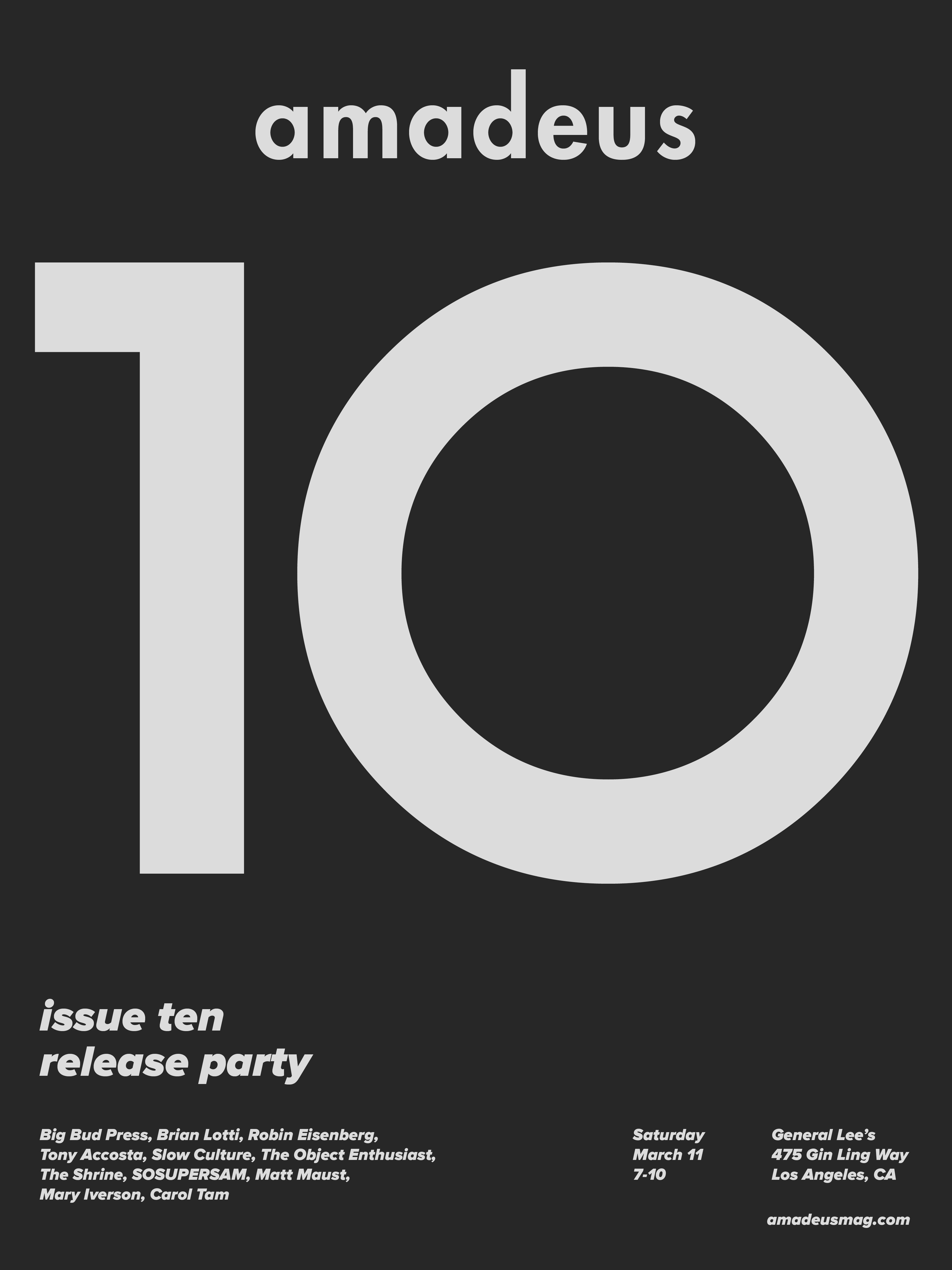 The minutes keep ticking away as I make the final edits on this issue and remember that I need to write this short note to you. I promised my printer I would get him the complete file for this tenth—yep I said tenth—printed issue a couple hours ago, but he hasn’t called me yet, so I think I’m good. This issue, like the other nine that came before, doesn’t have some comprehensive theme—at least we didn’t have one in mind when arranging it. But now that it’s done, and I take a step back, it strikes me as a celebration of creative dexterity. All of the artists in this issue have the ability to do more than one thing really well; they have multiple skill sets that they employ separately and sometimes together when the creative process calls for it. Their creativity is multifaceted, which makes them like creative pocketknives who’s functions change with each endeavor they seek out. Matt Maust is not only the bass player for the Cold War Kids, but also a magnificent fine artist. Big Bud Press’ Lacey Micallef is an artist first, but also now assumes the role as a fashion brand owner. Brian Lotti is an acute impressionist painter, but he’s also a filmmaker and is regarded as one of the most stylish skaters at the forefront of street skating in the early 90s. Mary Iverson is not only an established and successful painter, but also a committed visual art professor at Skagit Valley College in Washington. Carol Tam is not only a photographer, but also a sculptor, installation artist, and international party girl. SOSUPERSAM is not only a DJ, but also a singer, entrepreneur, a bit of brand strategist, and fashion influencer. The list goes on, as does each artist’s inventory of skills. These people are the reason we’ve created Amadeus, the magazine we always dreamt of producing, and that has become a reality since we started three years ago. We can’t think of a better way to prove who we are and what we do than coming back to this paper format, where we’ll whisper fascinating things in your ear that look to the future without losing respect for the past, and present not only legendary characters of alternative culture, but the scene’s newcomers, who are creating an entire universe apart from the establishment. Because, let’s not kid ourselves, the best things that happen around us are barely visible to the mainstream. But that doesn’t stop us from wanting to further propagate them. We’ve been there; we’ve submerged ourselves in every topic and subculture, and we hope you enjoy this analogical experience in the same way that we have enjoyed creating it. Thanks for joining us on this ride. Here’s to ten more issues.