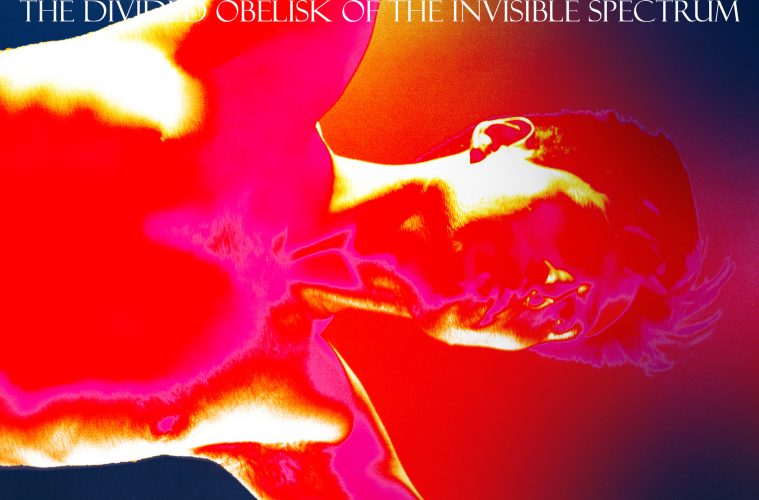 Musician Rod Blur pours himself into his music. On his recent album The Divided Obelisk of the Invisible Spectrum, the follow up to his 2016 The Life and Death of Delta Hauser and the Zombies from the Sun, Blur recounts anecdotally of periods of extreme depression and anxiety. Each song elucidates a small portion of a larger, daunting narrative about a journey through the psyche of the main character called “9”. An album concocted by Blur to work through his own demons and darkness, The Divided Obelisk of the Invisible Spectrum draws widely from the genres that Blur has become most well-known for including art rock, experimental, and post-punk. On songs like “Blue” and “Saturn,” Blur’s penchant for throwing his own experiences and internalized feelings directly into the narrative of his music, comes to the forefront. I spoke to Blur to learn more about his elaborate new album.

Hey Rod, thanks so much for talking to us. I was first wondering if you could explain the title of your recent album, The Divided Obelisk of the Invisible Spectrum?

The title of my most recent album is a combination of song titles in the tracklist (Divided, Vortex Obelisk, The Ballad of the Invisible Rockstar and Spectrum). However, that is not the only meaning behind the title. Since the human mind is divided into various sections and the main character who is an invisible androgynous hybrid human-alien entity named 9 goes through the different emotion levels of the mind spectrum, I decided to name the album like this. The Divided Obelisk: the divided mind, invisible: 9, spectrum: the levels of the emotion spectrum.

I loved the music video for your song “Saturn,” could you speak about the idea behind the video?

The music video of the song “Saturn” deals with the state of schizophrenia and hallucinations that the human form of 9 goes through, in part of the album’s narrative. He calls all of these experiences dreams but in fact, they could be taken as complete nightmares by the way they occur. Snakes coming out of 9’s eyes, eyes looking at him from the space sky as he contemplates them from the surface of Saturn, his room morphing into Saturn are examples. Another meaning of the video is the song title itself. “Saturn” is the home planet of madness, and also the Hexagon in the North Pole of the actual can be connected to the vortex of 9’s mind as a portal to the different levels of the spectrum in which it goes through.

Your music is often quite narrative driven. What story is being told in the album?

The first track “Existence” is about the memories of the events that took place in that album, a fascist government power figure (the Centipede) that believes he is a divine entity destroying everything existent that defies him. It is the transition song in which Delta becomes 9. After this comes the song “Neural,” which is the real start of the events that take place in the Divided Obelisk of the Invisible Spectrum. 9 is in a dimension in which it doesn’t belong. Everything and everyone surrounding 9 is superficial believing that they are all famous stars that must be venerated even though they are the fakest and most empty beings and want to be the most sincere of friends, which in fact is a lie since they all just want to suck out all of your energy. It is the first level of limbo in which 9 has to pass through all alone.

Crossing this part of Limbo, 9 is in front a river of blurry black liquid in which the song Spectrum begins. Seeing cut marks on its skin for all the pain and struggle it has gone through but knowing that nothing can harm it more than it already has been harmed is the main idea of the story in this part of the album. Running from the shadows of the horrors making it out alive, but now gaining the self-trust that 9 was lacking, making it much stronger than Delta. However, shadows still surround 9 in this limbo in a hypnotic state in the song called “The Shadows.” The darkness begins to hypnotize 9 making it see the absence of light as blue fairies (depression depicted in a calm form) leading it into a castle on the surface of the shadow of Saturn. Mental deformity of reality is extended through the song “Saturn,” teletransporting 9 to this planet. Being there, 9 watches quasars strike their light in the space sky of the planet, hitting 9 for a moment dividing it into 2. We are now in the song called “9 in 2” in which this mitosis multiplies the strength of 9 making it become a star. In solar form 9 has become an omnipresent being watching the mind of a serial killer whom he calls Outsider preparing himself to summon an entity through a vortex in time and space. 9 decides to intervene because of the past events in which everything disintegrated so dissonance in the cosmos cannot occur once again. When 9 intervenes existence freezes and that’s why on the ice wall sentiments of emptiness feel its mind. 9 wanted to save everyone but froze them instead. In the state of loneliness, feelings of suicide cross its mind. 9 wants to put an end to its very own existence; the feelings of being a powerful star faded away because as an omnipresent being, 9 began to experiment love and optimism for all life, but since it accidentally destroyed everyone it felt that it was all its fault. 9 attempts suicide, but fails to do so finding out that it was already too late. 9 wasn’t alive during the whole story since it was a ghost. The ghost of Delta Hauser in Limbo.

One of my favorite songs on the album is “Blue” – can you speak a little about that track?

“Blue” is about the state of severe depression self-harm, self-hatred, feeling cheated by life, making the main character feel hopeless without a light to lead it out of the limbo.

What was the songwriting process like for this album?

I was going through a dark period in my life of depression and angst, and I decided to make art to end it.

How did you go about the production on the album?

I decided to do everything on my own on DAWs different to the first album. I recorded, mixed, and mastered it all by myself making it my first project done without the help of a producer.

What music were you listening to while making this album?

Lots of music and live performances! A video clip for “9 in 2” will be released soon and more sessions directed by Walter Lopez like the ones released recently following the series of the Divided Sessions.