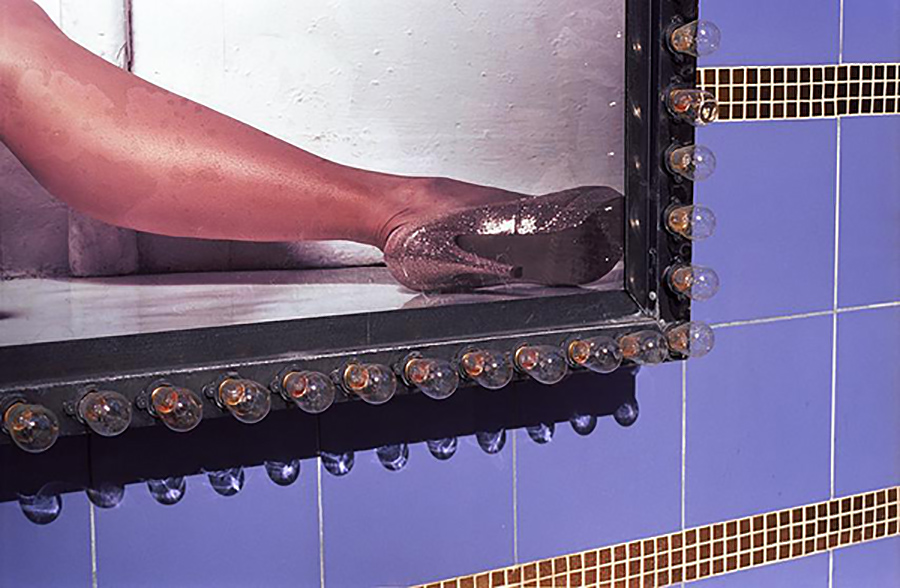 Why do we take photos? To document, to remember, to share and display. To capture time, places, and people we might never experience again. But for photographer Justin Clifford Rhody, it’s more than a still frame of once-upon-a-time moment—it’s a visual experience to be lived and relived, viewer discretion null and void.

To Rhody—an Oakland, CA native with free-form photography down to an archival science of sorts—the experience of a photograph is to be interpreted by the experiencer, whether that lives in his interactions with subject and film or in the onlooker’s self-diagnosis of a photo’s weight. Vernacular Visions, a monthly slideshow series curated and presented by Rhody himself, propels that viewer experience, screening 35mm photos to sundry music and sounds—always in novel locations and always in celebration of medium and interpretation.

You have and continue to present your work via slide projector in unconventional settings, what initially drew you to this way of presenting images and where’s the most unusual place you’ve hosted one of these viewings?

Before photography became my ultimate focus I was touring regularly with experimental music projects for years throughout the United States. Mostly performing in basements and warehouses, small art spaces and other venues organized through a network of artists & musicians that I would then, in turn, later host and organize shows for in my town. I loved traveling this way and having the opportunity to meet so many other active artists operating in the underground. So the slideshow presentation became a way to facilitate this method of “rock band”-type touring with photography. The response has been incredibly positive over the past few years and more opportunities for future projects and collaborations continue to float up. In general, people seem interested in seeing live performance break out of the “Band/DJ” framework and expand into a larger multi-medium experience I think.

I’ve hosted screenings in public parks, microcinemas, backyards, galleries and basements, but the most memorable locale was when I recently projected photos in a large, drained swimming pool at an old motel in Joshua Tree. The audience was seated inside the pool and alongside the edge (with feet dangling). There was live organ accompaniment during intermissions and a speakeasy desert-disco bar. What a night!

In what ways do you think showing your images in this manner changes the experience for the viewers, rather than just throwing some photos up on a gallery or warehouse wall and having people peruse around?

An interesting aspect of the ultra-temporary presentation of the slideshow is that the limited time allowed for viewing seems to actually entice and encourage the viewers’ attention. Audience members often stare at the projection screen throughout the whole screening – rapidly trying to read each image during its brief life of illumination. On the other hand though, having a print hung upon a blank wall allows the viewer the experience of patience and a studied gaze, which usually reveals a completely different type of relationship. I see merit in both methods (as well as frustrations) and plan to continue using both – approaching each unique setting with the appropriate treatments needed.

I feel like shooting film sharpens your observational skills because you don’t have this vast amount of memory available to store images. You have to be more precise and exact. What do you think?

For me, working with film (and a consistently limited set of finances) has encouraged and required a heightened sense of focus and experimentation. The downfall to “infinite memory” and the ability to overshoot lies on the editing board – having to answer to yourself why one photograph works and another, slightly different, doesn’t. Considering those decisions in camera, before making an exposure, is an experience that immerses the photographer in their work. That occurring post-production turns me off, in that the creator’s ultimate role has transformed into being that of an editor or designer of sorts, rather than being an image maker whose work deals with photography existing both in and of time…. Whatever it takes to get the job done is of course fine with me, but I personally prefer a rifle and a single bullet to a shotgun blast and the cleanup afterward.

What sorts of topics and things have you been shooting and paying attention to lately? And what can we expect from your 35mm slideshow tour; will the collection of images be the same at each of your stops and are they all from your most recent book?

I’m currently spending a few weeks in Northern New Mexico continuing work with an ongoing project titled The Western Lands. The series is mostly shot in the Southwest United States and deals with symbols of romance, the afterlife, dystopia and desperation. I’ve also begun editing a large series of portraits that I’ve made at the Golden Gate Fields horse track in California. I’ve been shooting these back-of-the-head formal portraits of anonymous people at the edge of the track fence for years. The series began as an exploration on photographing the human form, and attempting to create an interesting image, without relying upon the false incentive or payoff that we’re seeing “the humanity in their eyes”, etc. I hope to have a rough edit sequenced by this fall and would love to see the material exhibited and published as a book someday.

The 35mm slideshow that I’m currently traveling the country with, in promotion of the new book Zona Urbana, showcases selections from The Western Lands series, the Horse Track portraits, random recent work and the Zona Urbana series. Paired along to the projections is an audio collage of field recordings from Central America and the Golden Gate Fields horse track, gathered by Abigail Smith and myself.

Tell us a little about the new book, Zona Urbana; how did the idea for the project come about? What led you to Central America and what is it about the region that’s drawn you in? What was your favorite thing that you ate while traveling around Central America?

When I first visited Guatemala in 2009, I was immediately struck by the regular fever of sight that hits travelers upon first reaching a foreign country. Meaning I made some boring photos of painted walls and market scenes. However, I immediately knew that I needed to allow for an extended stay in the region. I then began returning for 3 month increments to travel somewhat randomly and occasionally rent out cement shacks which allowed for a different experience and a more patient approach to the natural light of the in-between spaces. I began to follow the street dogs more so than the parade routes. I started paying more attention to the edge of nature.

I prefer this seemingly foundation-less approach to creating work; wandering around, looking and thinking, allowing the method and meaning to surface on its own accord. In fact, this seems to be the only way that I know how to work – through process. I’ve never been much interested in creating work that’s overly idea-driven from the onset. The process of analyzing, de-coding and “writing” the work midst operation is where the thrill lies for me. Rather than attempting to simply illustrate a point, I hope to create work that in some fashion transforms the mode of narrative and upends didactic meaning. “I’m the phantom of my own opera.”

While in Punta Gorda, Belize, try the “Red Snapper Special”.

What do you like about making zines, books and other printed material? How do you start one; do have a theme in mind and then shoot? Or do you collect photos for a while and then go back and curate into a book based on a theme in the photos?

I’m interested in the personal engagement that becomes possible when the work is printed in the form of a book and held in the hands of the viewer. The photographs also then have an extended lifespan outside of the gallery walls or the projection screen, with the added possibility of being seen by eyes that they otherwise wouldn’t have touched down upon. Most of my education has occurred in public libraries and used book stores, where it was navigated by intuition, chance and curiosity. That culture is what I hope to contribute to and encourage through the creation of printed materials – the interaction of object, thought and personal experience. 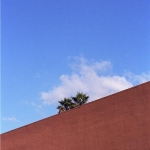 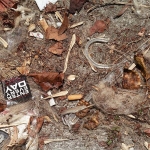 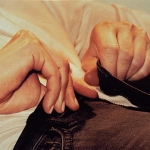 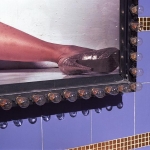 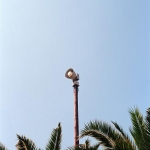 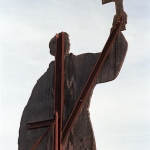 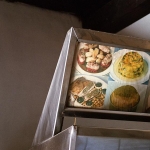 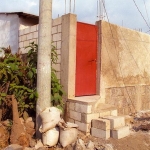 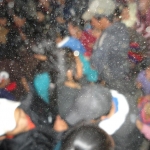 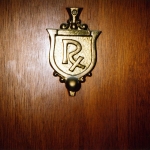 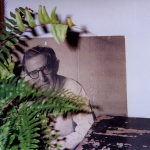 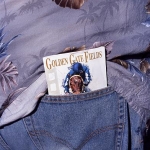 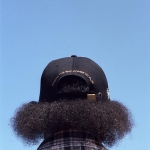 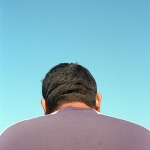 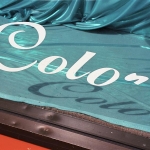 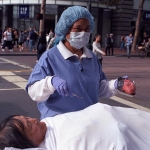 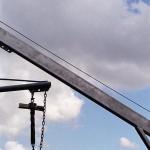