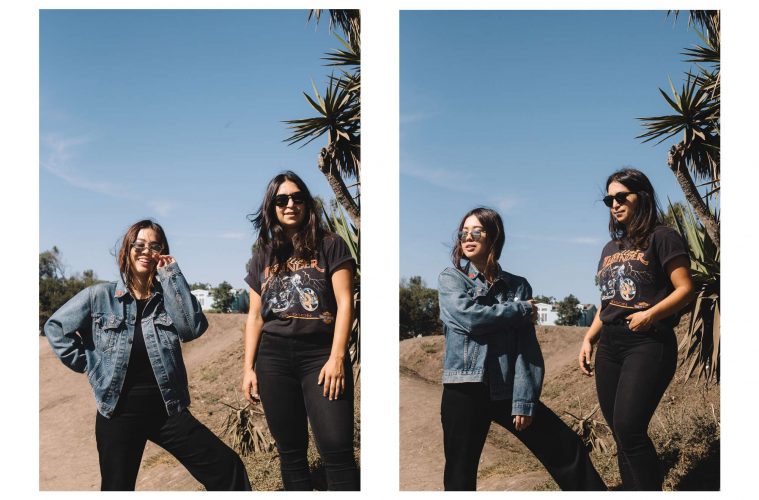 Who is Amadeus: Meet the Women Behind the Mag

Since we’re usually out discovering, meeting, and showcasing a range of artists and other creative folks, we’ve never really found the time to introduce ourselves. We’re constantly fielding questions about how the magazine started, or how we chose Amadeus as the name, so we decided to formally introduce ourselves and answer some of the questions we get asked the most about the magazine. We had some friends throw some questions at us, and this is what we had to say.

Tell us about each of your backgrounds and what you do.

ALEX: I’ve been an editor and an arts and music writer for the last six years or so. A couple years ago, I completed a graduate program at Emerson in Boston for Publishing & Design, which proved to be a pretty pivotal time in my life, as I was not only writing for The Boston Globe, but had also decided to start Amadeus. I published three issues of the mag while living in Boston, eventually moved back home to Los Angeles, and have since been cranking out issues quarterly. Amadeus is my baby; I’m the Editor-in-Chief of the magazine, with major help from all of my devoted contributors.

SAM: I was born and raised in Los Angeles, Hollywood to get specific. A year and a half ago, I graduated from the School of the Art Institute of Chicago (SAIC) with a BFA in Photography and Film, Video, and New Media.  As an undergrad, I performed and directed in a few Cinedance films, shot some 16mm skate films and 35mm black-and-white photographs, and read and wrote a ton of theory. At Amadeus, I’m the Managing Editor and Photo Editor. I oversee all aspects of the publication.

What brought you together for this project?

ALEX: Yeah, Sam hit me up via Instagram, and upon meeting, we totally clicked. We have the same independent and driven attitude. She’s been integral in pushing me to continue to grow this magazine.

Tell us about the magazine and what inspired you to create it?

ALEX: I really created Amadeus out of necessity. With everything continuing to go digital – journalism, design, photography, the ways we communicate with each other – people are looking for something tangible, something lasting. Magazines and print media, in general, stand to fill that void. A lot of things online – particularly online journalism – can end up having little to no substance. Articles and words can be so easily posted to a website and edited that I feel like there is this loss of journalistic integrity. It’s like, ‘Hurry, throw up this article, with all these ‘trending’ words, so that our website can get a bunch of clicks and our ad dollars will go up.’ Forget the fact that there are several misspellings, they can always click ‘edit post’ and fix it real quick. With print, once the ink is on the paper, there is no changing it. It calls for the writer and designer to be more observant, particular, and take pride in their words and page designs.

Amadeus started out at as 36-page saddle-stitched zine and morphed into a magazine. We’re not about trying to impose homogeneity of taste, opinion, and fashion, but rather want to serve as a platform for conversation between artists and creatives making waves in their respective fields.

Amadeus is a cool name, can you tell us more about why you chose it and what it means to your project?

ALEX: The name was originally spawned from the song “Rock Me Amadeus”, a musical gem by this Austrian musician named Falco. The video for the song is amazing; go watch it. But the name is actually quite fitting. Amadeus Mozart was a quirky dude, unfazed by naysayers and unafraid to march to the beat of his own drum. We like to think that this magazine functions with that same character and confidence.

Issue 09 just dropped, tell us about the newest installment.

ALEX: I did get countless texts, emails, and phone calls from Sam in the homestretch before getting this issue to the printer, but that’s the sort of dedication and attention to detail I appreciate. I couldn’t be more proud of this issue. I know I say this every time a new issue comes out, but issue 09 is undoubtedly our best yet. Like Sam said, this issue is all about the hustle. Each and every person within the pages of issue 09 has created all of their own successes through relentless hard work and an inspiring refusal to give up on the things they’re most passionate about. They possess the same single-minded determination that we run the magazine with.

Any future projects you are excited for? What can we expect from Amadeus in the future?

ALEX: I’m particularly excited about the video projects we have coming up. We recently started an “In The Studio” video series with director Matthew Kaundart, which has been so much fun to work on. We’ve made two pieces so far – one with Jen Stark and one with Gabriel Luis Powers – and are shooting with artists Kristen Liu-Wong and Bijou Karman this week.

SAM: Our artists in many ways dictate what comes next. Collaboration is such a key element to what we do, so moving forward we’d like to expand and find ways to involve artists, brands, and companies we admire.