Elliott Chambers has an incredible ability to capture the personality of places. Through crisp colors, staggering technical ability, and the use of photography, Chambers creates dynamic and striking paintings. Chambers, an England native currently residing in New York, is constantly photographing his surroundings—creating stunning images of landscapes, Americana, and architecture. Chambers then translates these images onto canvas, with an often baffling amount of photorealism. He then adds his vibrant and heavily contrasted color palette, which he describes as, “just enough to keep the painting rooted in reality whilst toying with fantasy.”

Chambers’ work is seen in full effect in his recent, 2017 oil on canvas painting “Green Shadows”. “Green Shadows” captures an easily identifiable American suburban scene—a house with green siding strewn with shadows from a large tree. The painting which is, of course, incredibly optically realistic, still contains some elements of fantasy and moodiness, namely the sharp contrast of the blue sky against the house, the hazy reflections in the windows, and the striped and full-of-movement shadows from the trees.

I sat down with Chambers to discuss Americana, portraiture, his artistic heroes, and color.

Hey Elliott – thanks so much for sitting down to do this interview, I love your work. Your paintings have a very nostalgic and Americana feel – is there any particular time period that inspires you the most?

Yeah I would agree with that, my work is centred around my current surroundings, so the inspirational time period would have to be now. I’m actually originally from England, even after living here for over 4 years now, things still appear foreign to me which is perhaps why i’m so drawn to depicting scenery. I certainly want my paintings to have a clarity of place to them. I think Americana carries a connotation of era to it but i’m less interested in that, more so it’s powerful identity.

Who are some artists that have been big inspirations for you?

Many of your paintings are very vibrantly colored – what draws you to this palette?

Color always comes somewhat naturally, from breaking down images to simple forms, I go from there. The image influences the color, but rarely does it stay true an image, just enough to keep the painting rooted in reality whilst toying with fantasy.

Can you talk a bit about the process of your paintings – do they come from reference photos or just ideas you have?

I shoot a lot of photos, that’s the beginning of a painting. It’s really important for me to have that connection to each piece. Be it man made or presented by the natural world, imagery is ultimately what my work is about, from its existence in reality to my meticulous painting process as acknowledgement of it. 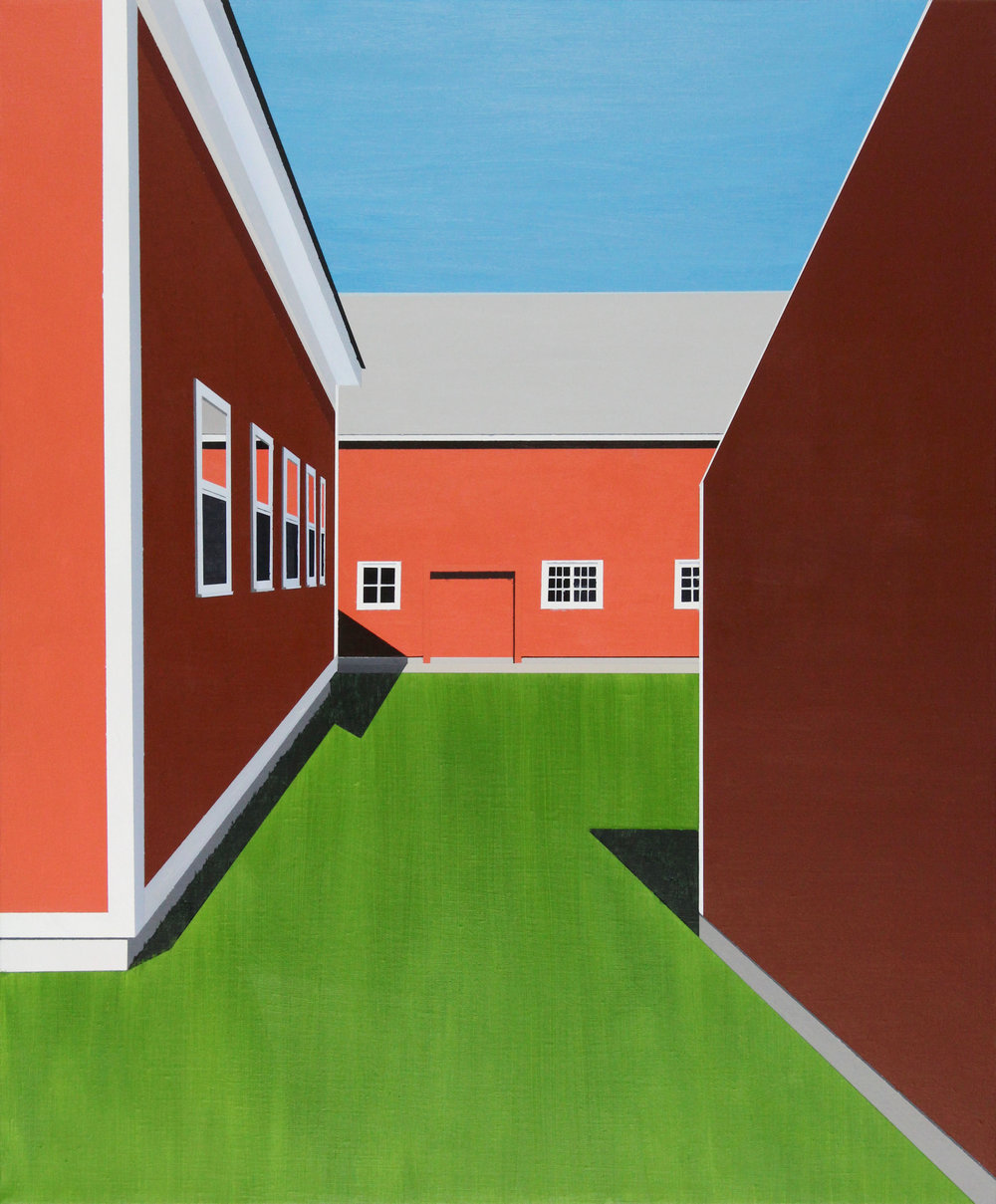 I love your recent 2017 painting “Barn,” which deviates from your typical style – featuring less optical realism than many of your other paintings. What influenced this different style?

With that painting I wanted process to follow imagery. I always think of red barns as so clean and clear next to their rural surroundings, it made sense for the paint to mirror that idea.

In something that is rather unusual for contemporary artists, your paintings tend to not be figurative and just of people. Is there any reason for that?

I actually very much enjoy paintings of people, that reminds me of a few more of my favorite artists I didn’t mention earlier, who’s paintings of people have been very influential to me; Vilhelm Hammershoi, Ridley Howard, Andrew Wyeth and Alex Katz. I don’t make a conscious decision to exclude people in my work, but their absence can draw more attention to their impact on that place.

Many of your paintings are made with oil on linen; what appeals to you about this medium?

I am very interested in getting a smooth clean finish to some works and I really like how it feels when applying the paint. Materials used are determined by the image and I want to keep trying new processes.

Thanks so much again, and what can we expect from you down the road? 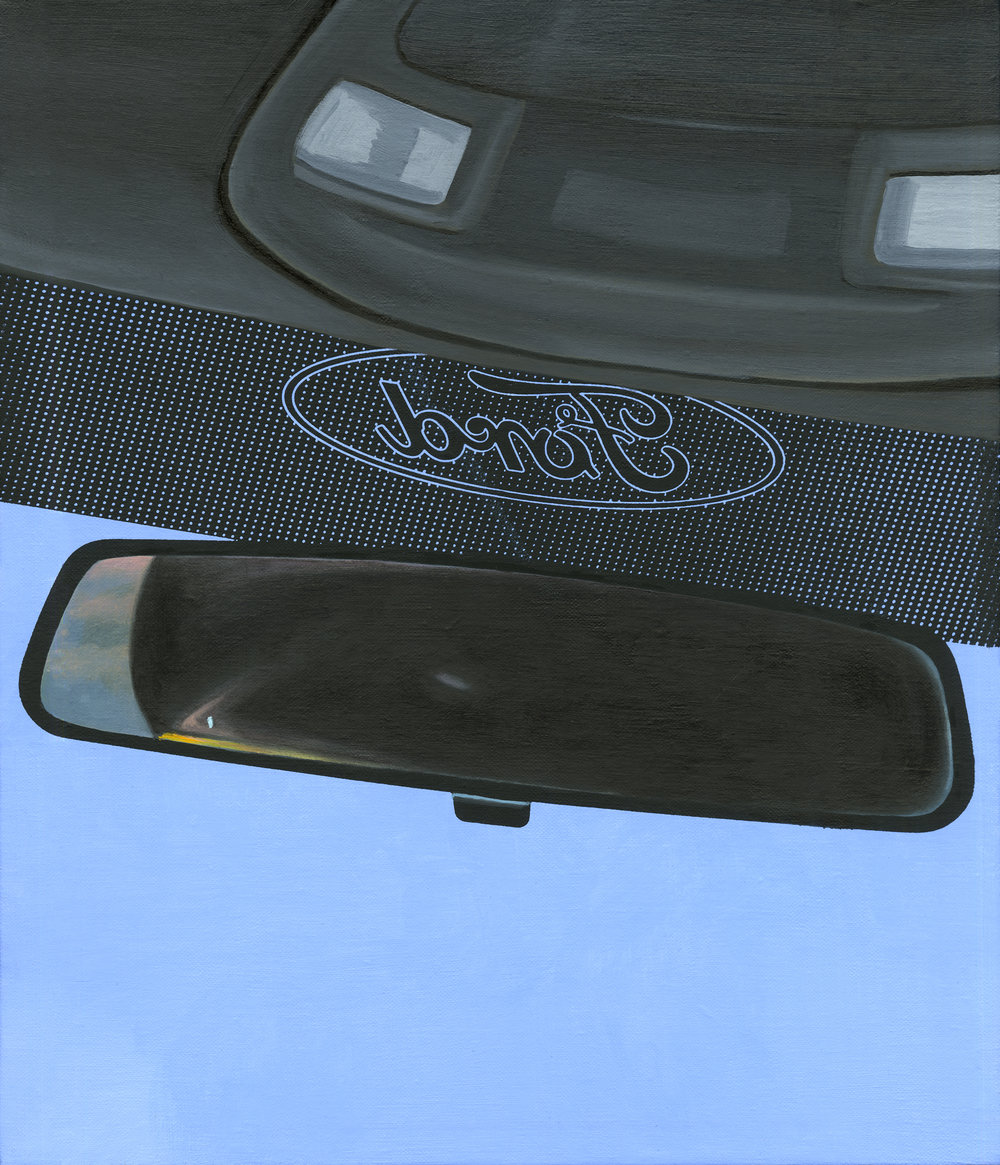 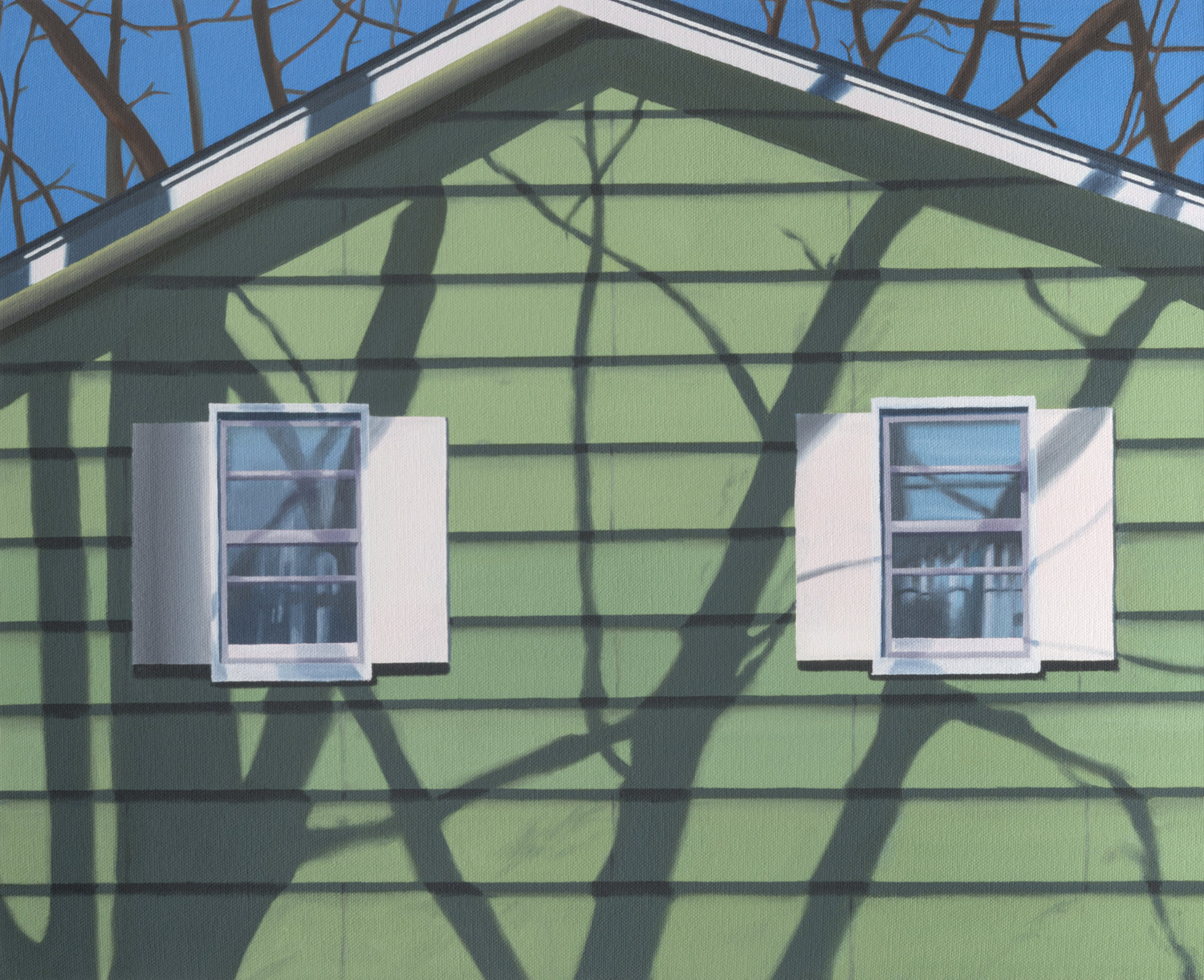 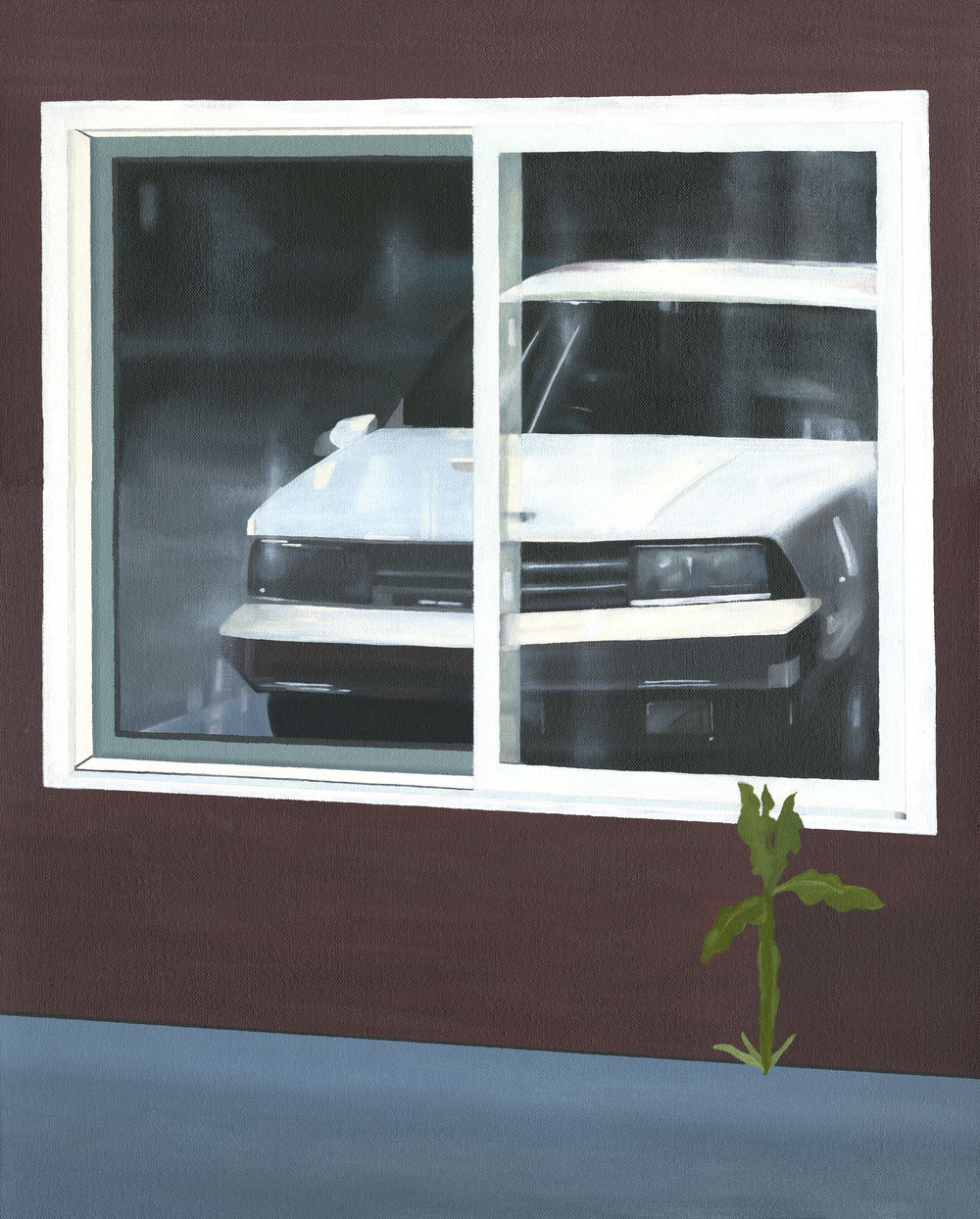 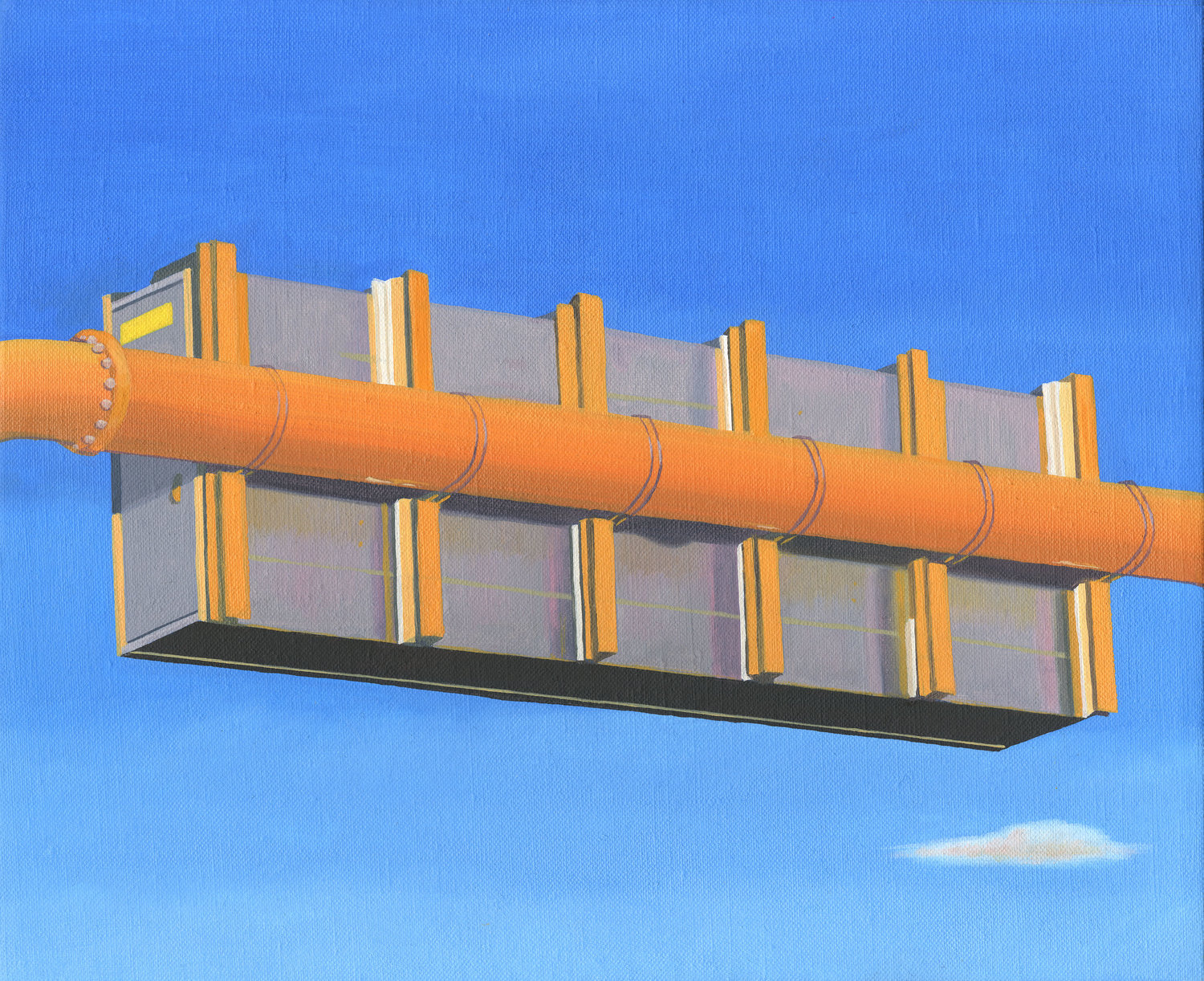 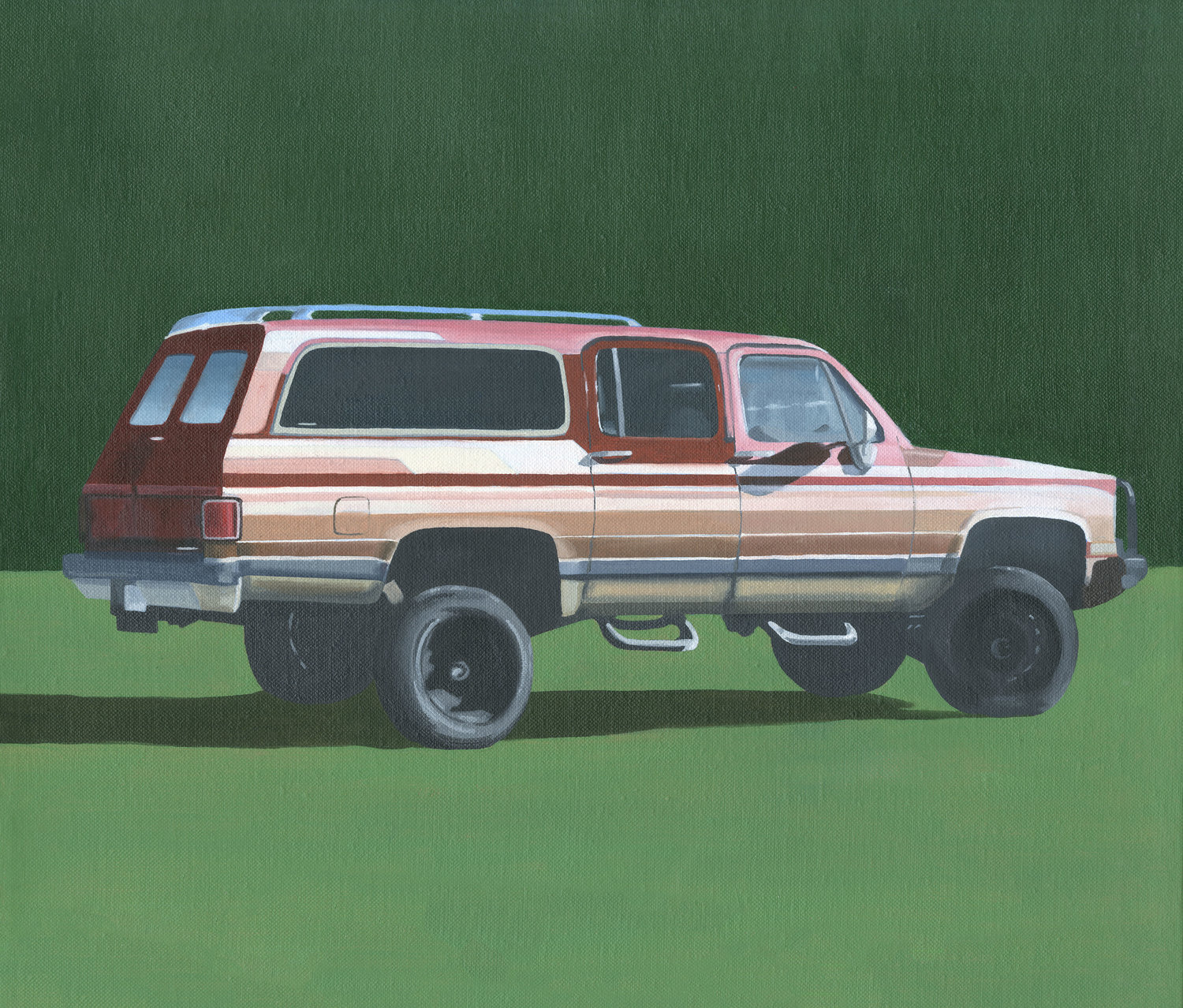 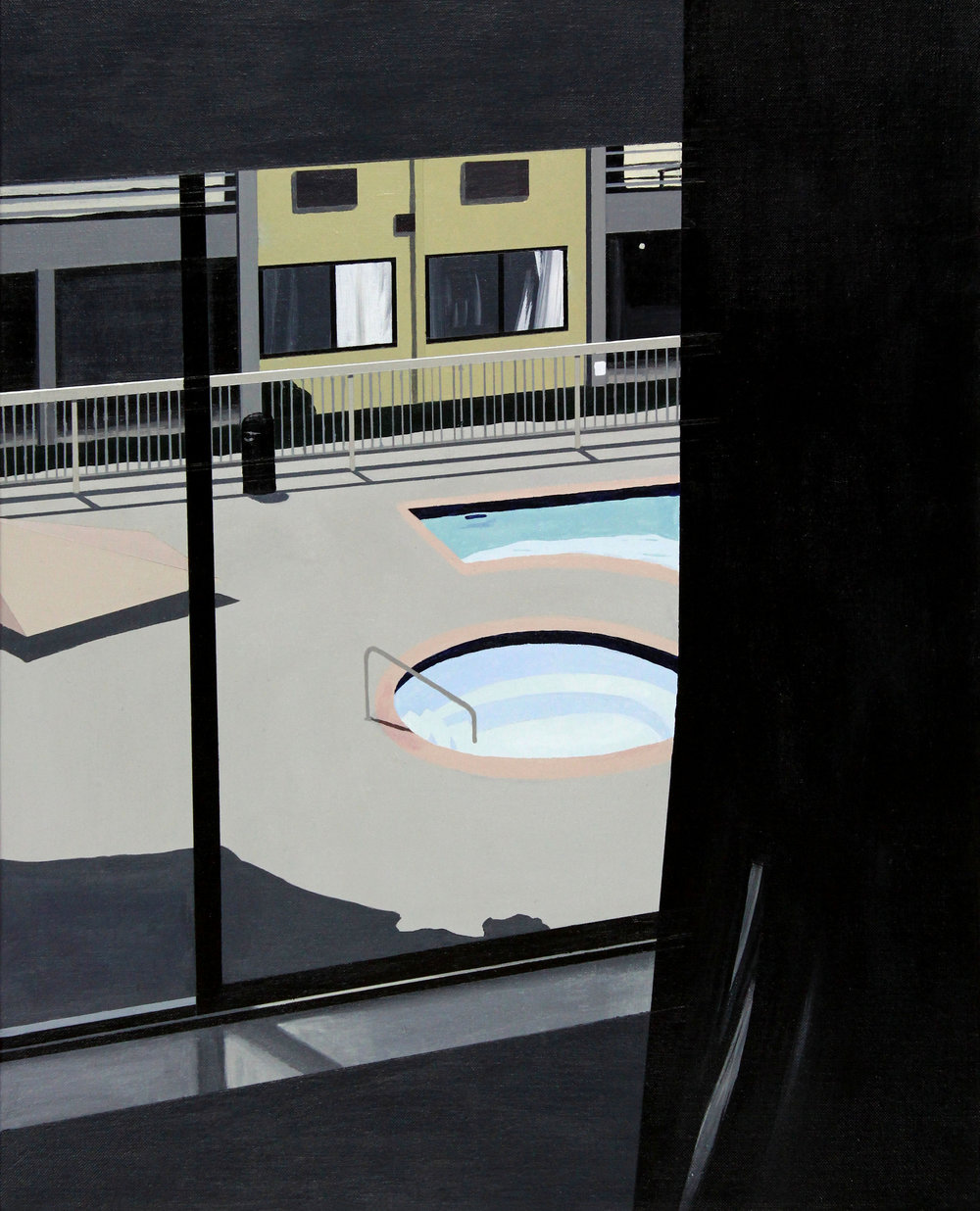 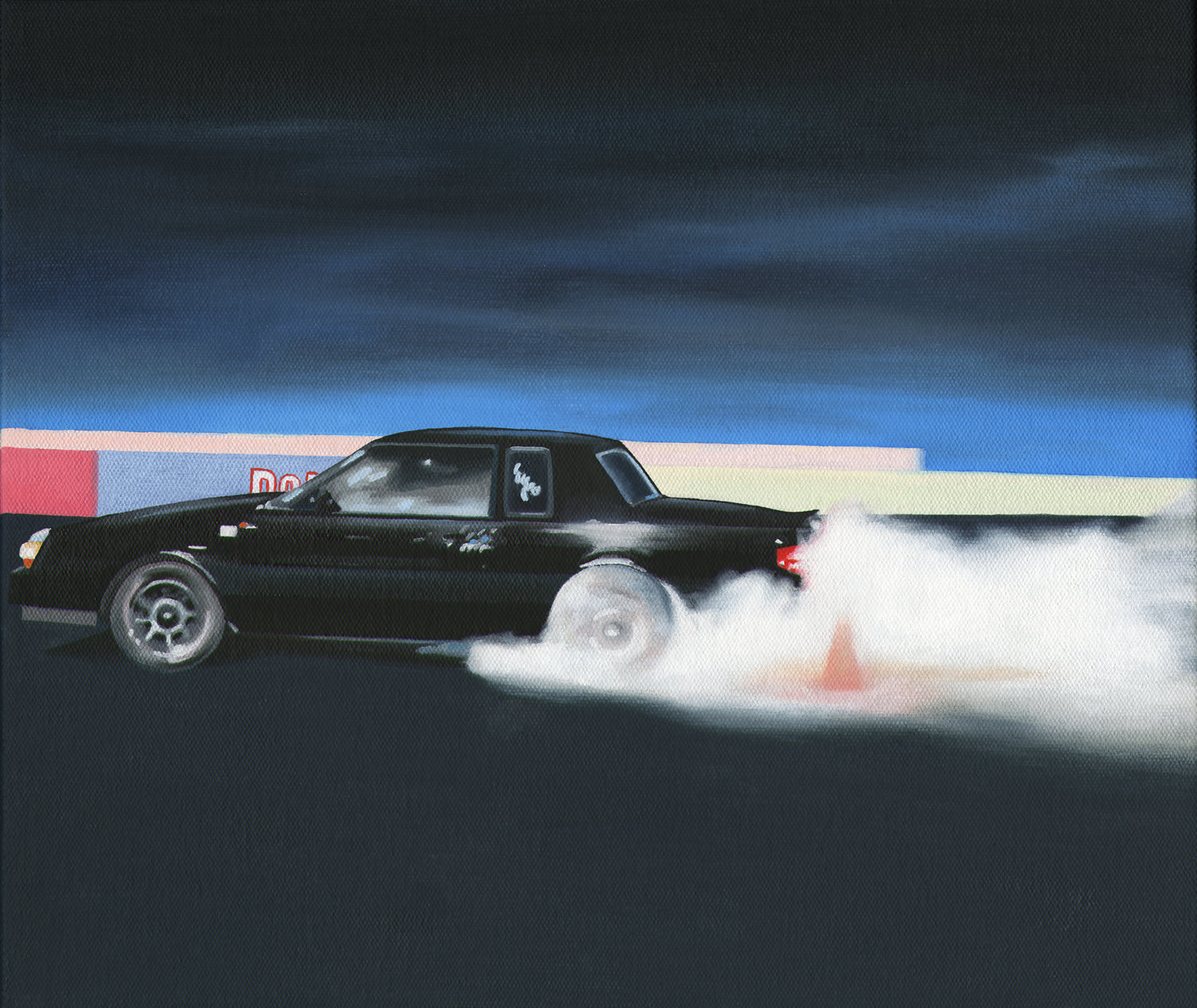