For a lot of people, photography is a ‘way in’ to any situation, a means of connecting with other people. Having grew up in Nashville, music photographer Emily Quirk was in high school when Nashville’s underground music scene was exploding. She used photography to immerse herself in the blossoming and unique music community often going to (and sneaking into) shows three or four times a week. From behind her camera, she began to naturally embed herself in the scene, meeting new people and bands, building relationships, and progressing her craft.

Quirk’s obsessive drive to document concerts and the spontaneous and vivacious moments that occur between shows, has given her unique insight into what makes live music special: the unexpected chaos, the raw expression, and the creative community it fosters. Traditional live music shots can feel dated quickly, but Quirk has become a master in finding the distinct moment that will endure. What’s most exciting about Quirk’s photography is that it has always featured bands before they were more widely known, or at very small venues when no one else knew what was happening, or just straight up young bands doing new things. She’s a photographer whose work stands out because she’s documenting the music she loves and is passionate about. And while her pursuit is of great artists who really have something to say in their actions and music, she’s driven by photographing the spirit of live music and the creative community each music scene fosters.

How were you originally introduced to photography?

When I was 8 years old, my family traveled to the Pacific Northwest and we spent some time around Mount Rainier and the Oregon Coast. My mom gave me her Nikon point and shoot and I used it to snap everything around me because I was so excited to see landscapes like that for the first time. I remember when I got the film developed, my mom looked at the prints and said “These look like postcards!” I guess that stuck with me ever since.

Do you remember your first photo you took?

Technically, probably those photos at Mount Rainier. As for the first music photos I shot that I loved, and knew in the moment that this was a special feeling, were of Jeff the Brotherhood at this little warehouse in Nashville on a disposable camera when I was a freshman in high school! 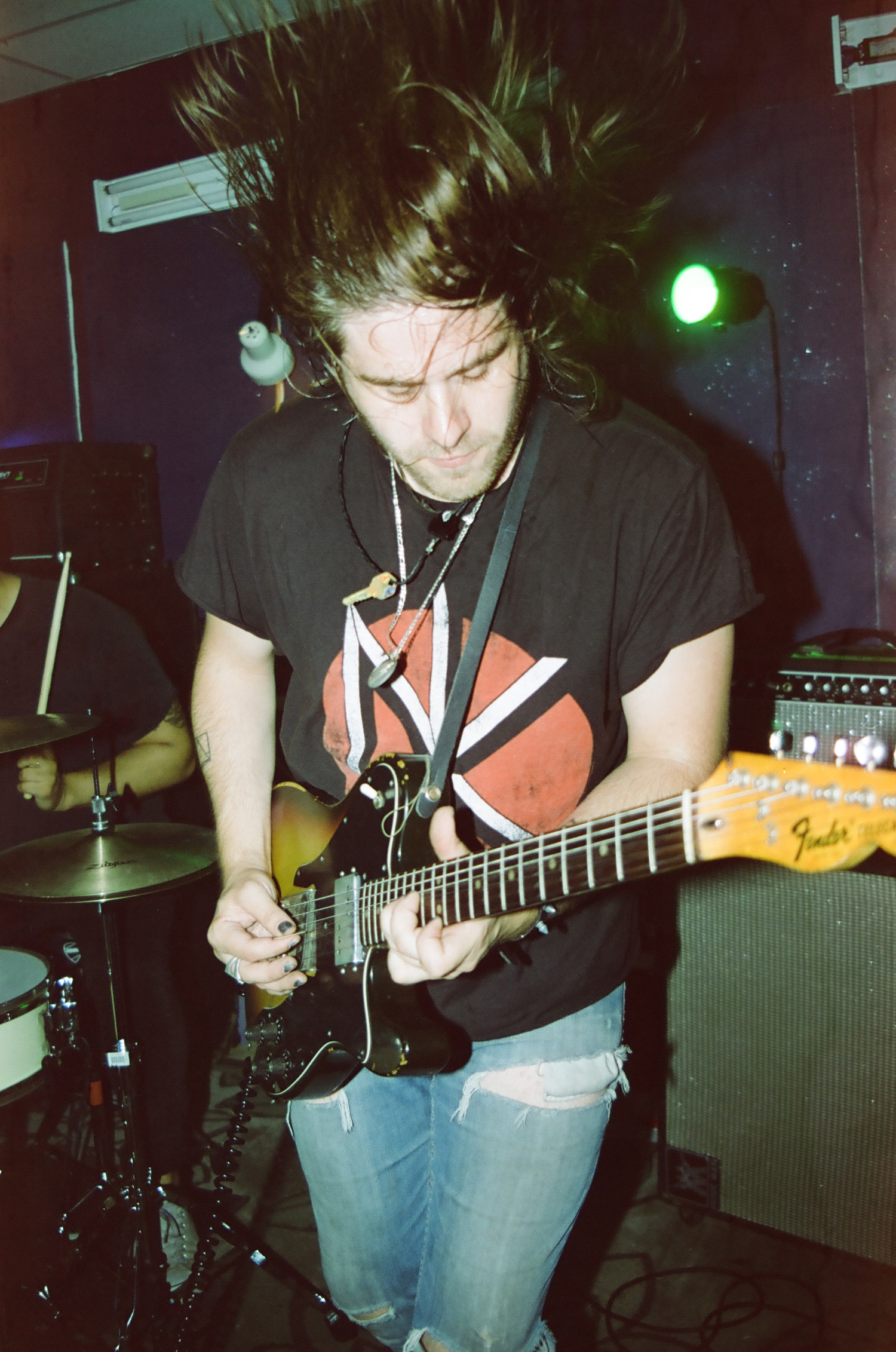 Describe your approach to photography?

At this point I can’t imagine my life and not taking photos. It was presented to me so young, and was a thing I never strayed from, so I kind of feel like it’s ingrained in my being at this point. I document everything. I also write and have kept journals consistently since, like, forever. I spent my first year of school studying journalism, so overall I guess for me it’s always been about storytelling – of my life, and the world that surrounds me. I like sharing my experiences, and growing and learning from them in the process.

What makes a good photograph in your opinion?

Simply, if it grabs my attention and I look at it for longer than a second or two and triggers another thought in my brain. Anything that evokes a feeling, a new perspective, or makes me think about whatever factors brought that moment together into a composition. The filling, or emptiness, of space. This is such a tough, multi-faceted question, haha. I love so many different things. I could rattle off a list of things I think makes a photo bad? But I won’t get into that. 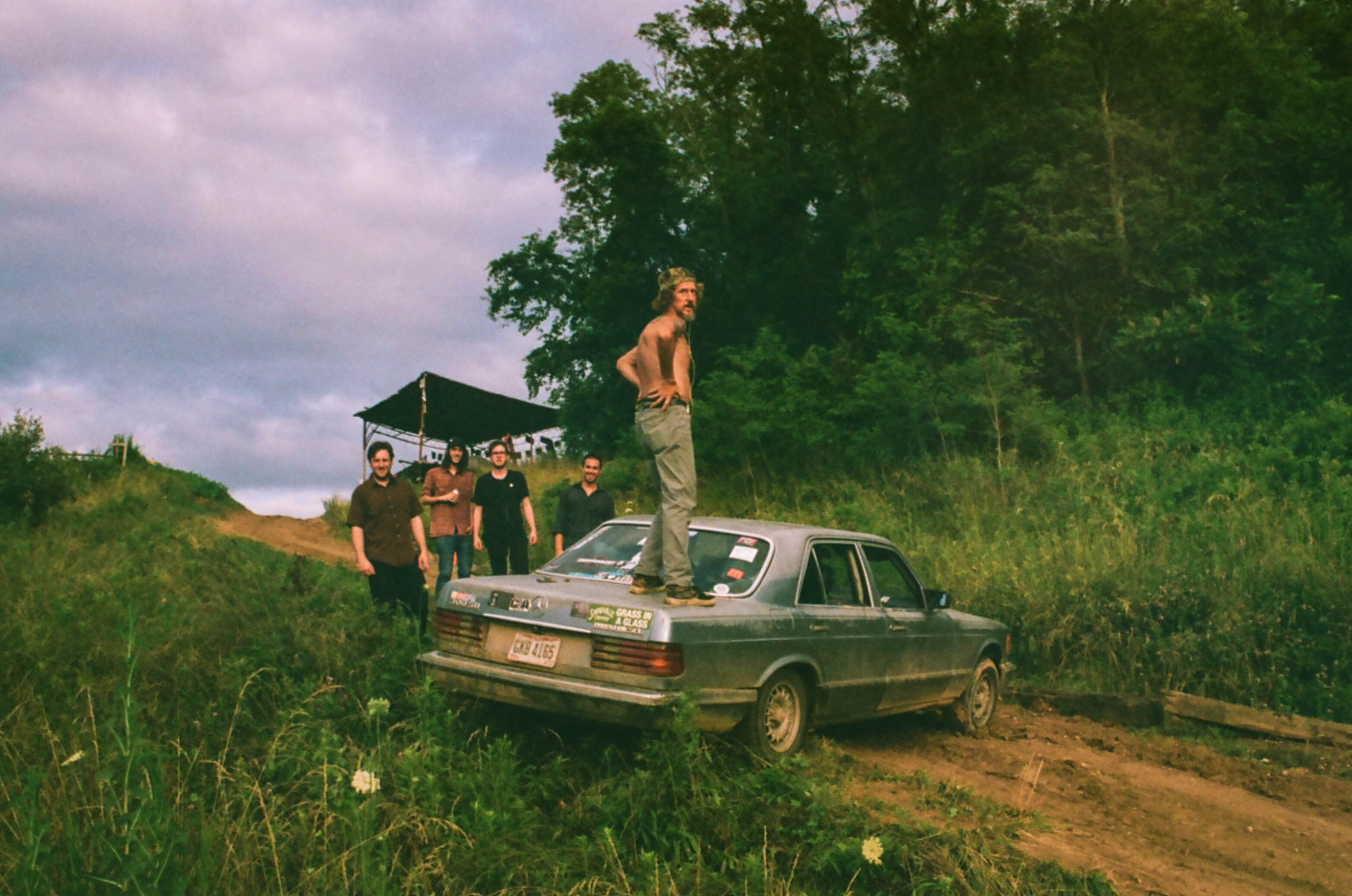 You’ve travelled all over the country shooting photos – both lifestyle and music – what’s been one of your favorite destinations or trips?

I’m such a sucker for the big cities and anywhere with a coastline! New Orleans is my absolute favorite city, with Los Angeles and Chicago following immediately behind. San Francisco and New York are incredible and dreamy, but so expensive, so visits there have to be a little more thought out.

You’ve spent time in Nashville, New Orleans, and Chicago’s music scenes – what differentiates them and makes each unique?

Unfortunately, the Nashville music scene is no longer anything like I once knew it and I’m learning to accept it will never be that specific way again. I got involved in the Chicago scene because I moved there for school, but didn’t know anyone, so I went to shows to meet people in familiar kinds of settings like what I knew in Nashville growing up. I was living in Chicago at the time when Twin Peaks and the Orwells were blossoming, and through them and their shows I met so many incredible people. People were extremely welcoming, which I didn’t fully expect.

I jumped to New Orleans after living in Chicago and can barely put into words how important these years were to me. I lived in a house for 2 years where we threw shows, we housed bands sometimes 3 or more nights a week, and were essentially a community space for the New Orleans music scene at that time.

In Nashville, people are definitely trying to *make it* and be something, whatever that means. New Orleans has a very homegrown, down to earth, based-in-your-roots vibe and is so comfortable existing in it’s own beautiful bubble. Chicago is definitely more difficult for me to describe, probably not even my place to say, because I was there the shortest amount of time, but the music coming out of that city right now is incredible. (Shout out to my boys in Ne-Hi, Lucille Furs, Modern Vices, and Twin Peaks!) 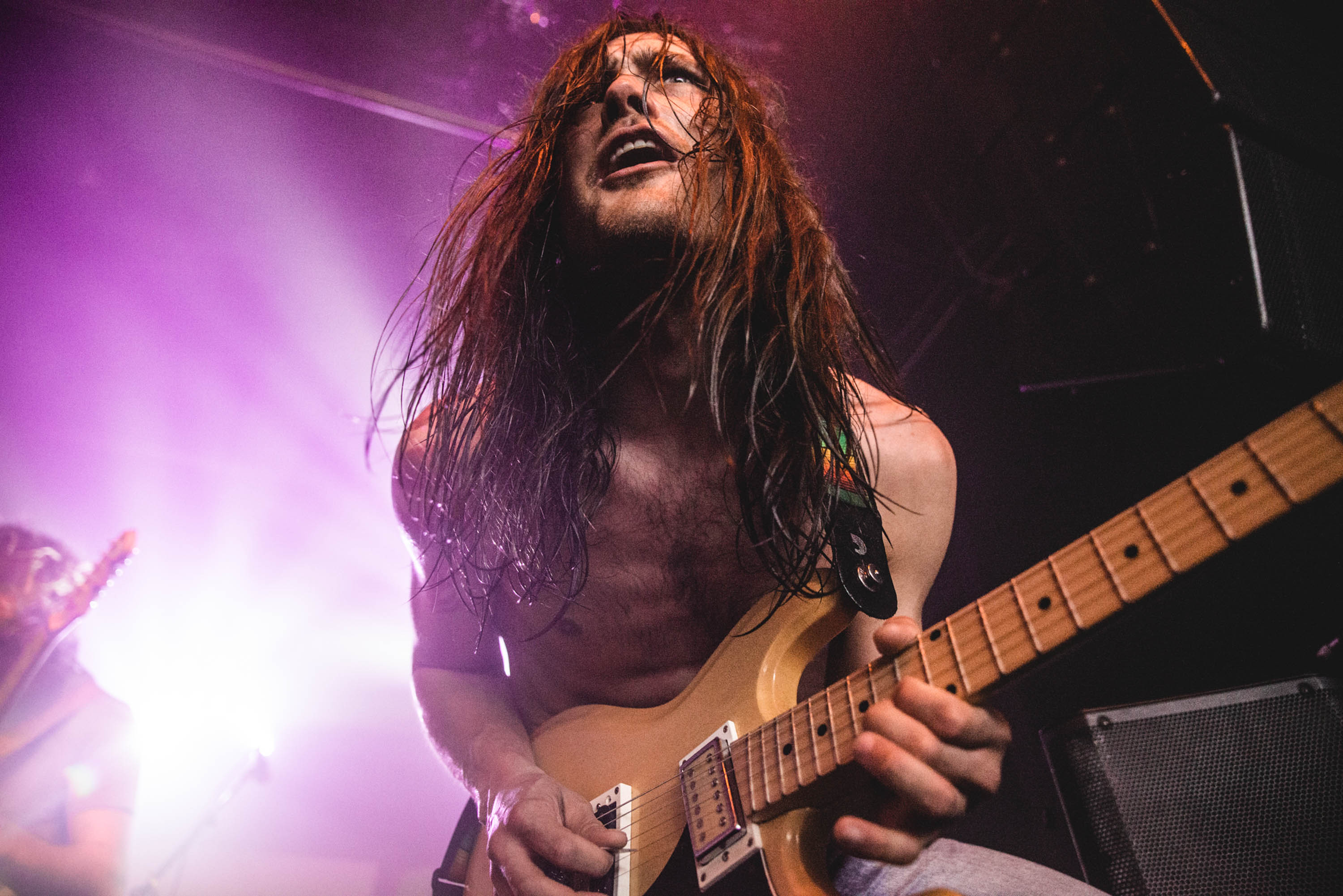 Who or what band has been your favorite to shoot in a live setting?

Hard tie between Diarrhea Planet and any formation of Ty Segall’s bands.

What do you love about shooting live music?

The unexpected. The raw expression. The community it can build.

So obviously there’s a big resurgence of film with our generation. Everything from professional campaigns to teenagers being able to buy polaroids at Urban Outfitters and mall stores. How do you decide between film and its easier digital counterpart?

Film is always, always, always going to be my first choice, but digital is such an easy go-to, and often necessary for a lot of the current state of photo work and expected turnaround times. Shooting shows with film can be so tough unless it’s outside, or in a setting that isn’t a dark black room with flooding LED lights, layers of barriers and deep crowds, especially if you don’t have a flash. And, both can be just as equally as expensive, so I like to have my options and find a balance.

You’ve documented the booming indie music scene in quite a few rad cities and the up and coming bands in that subculture—many of them at the beginning or start of their careers. Can you name some bands you’ve worked with and how you got into shooting that scene?

Absolutely! I wouldn’t be doing what I’m doing if it weren’t for Jeff the Brotherhood, Diarrhea Planet, White Reaper, Twin Peaks, and Daddy Issues, to name a few. I grew up in Nashville and was in high school when Nashville’s underground music scene was really exploding, and I was going to (and sneaking into) shows sometimes 3 or 4 times a week. When you’re around that much, there is a natural progression of meeting people, building relationships, and growing as a creative. 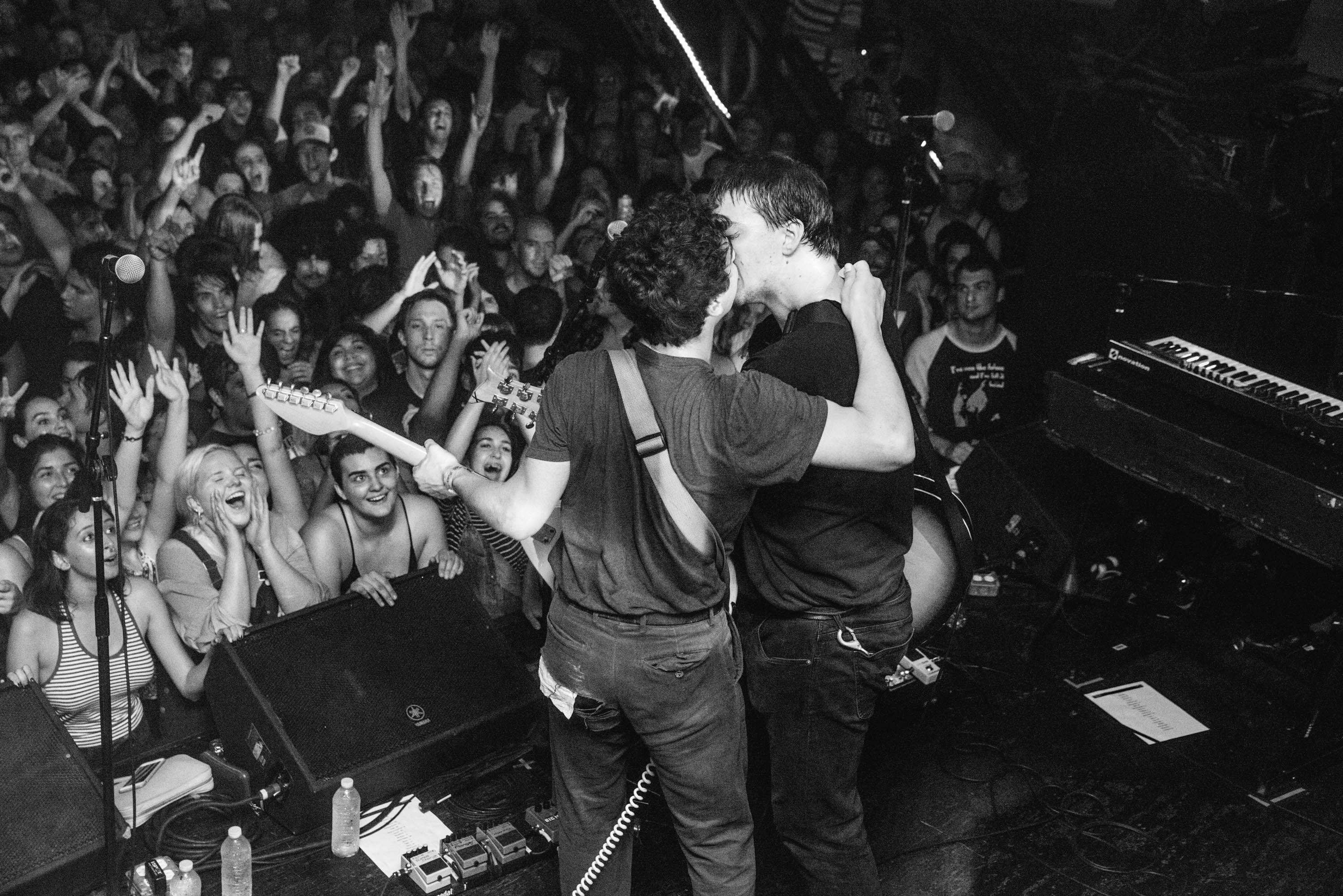 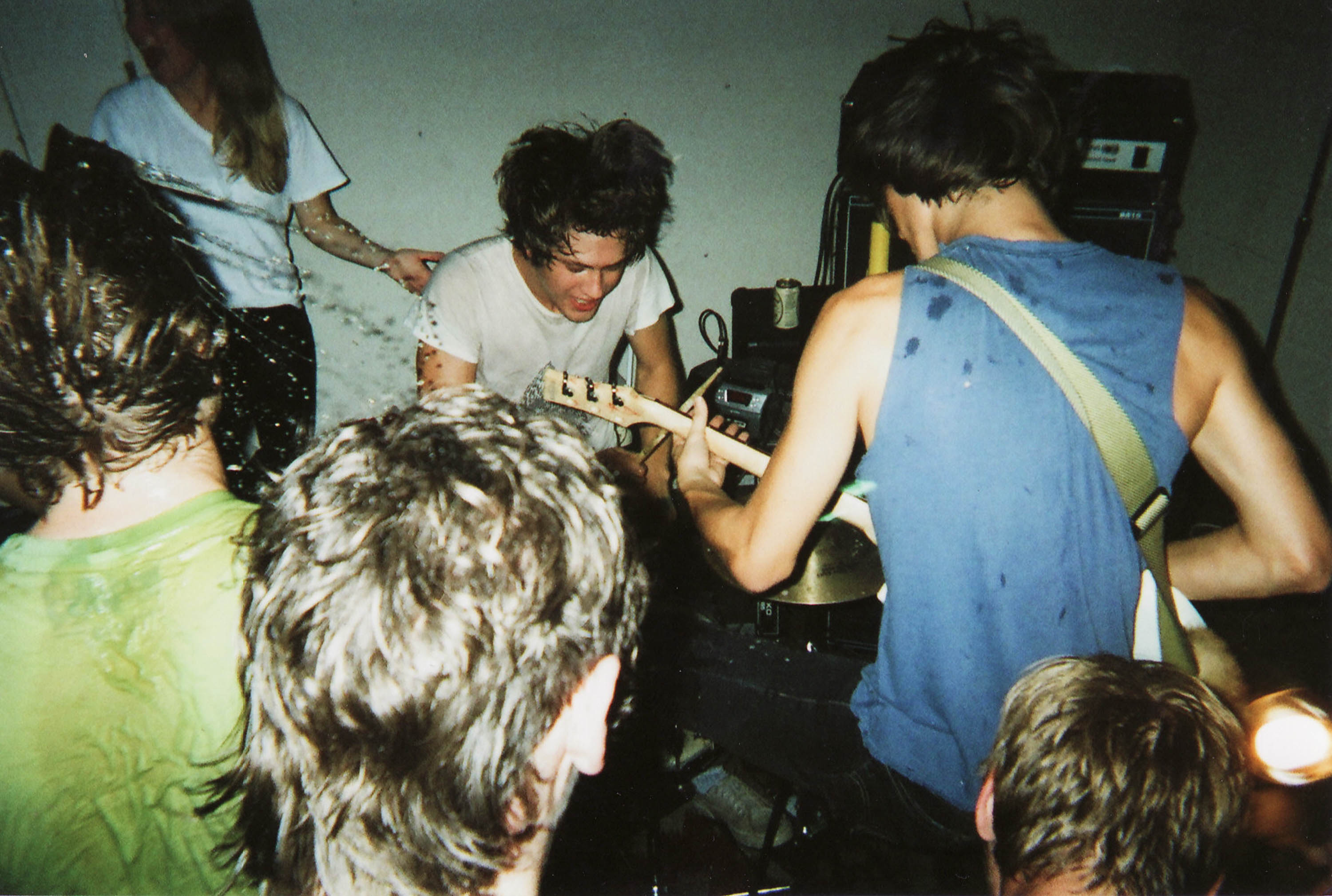 photo of Jeff The Brotherhood 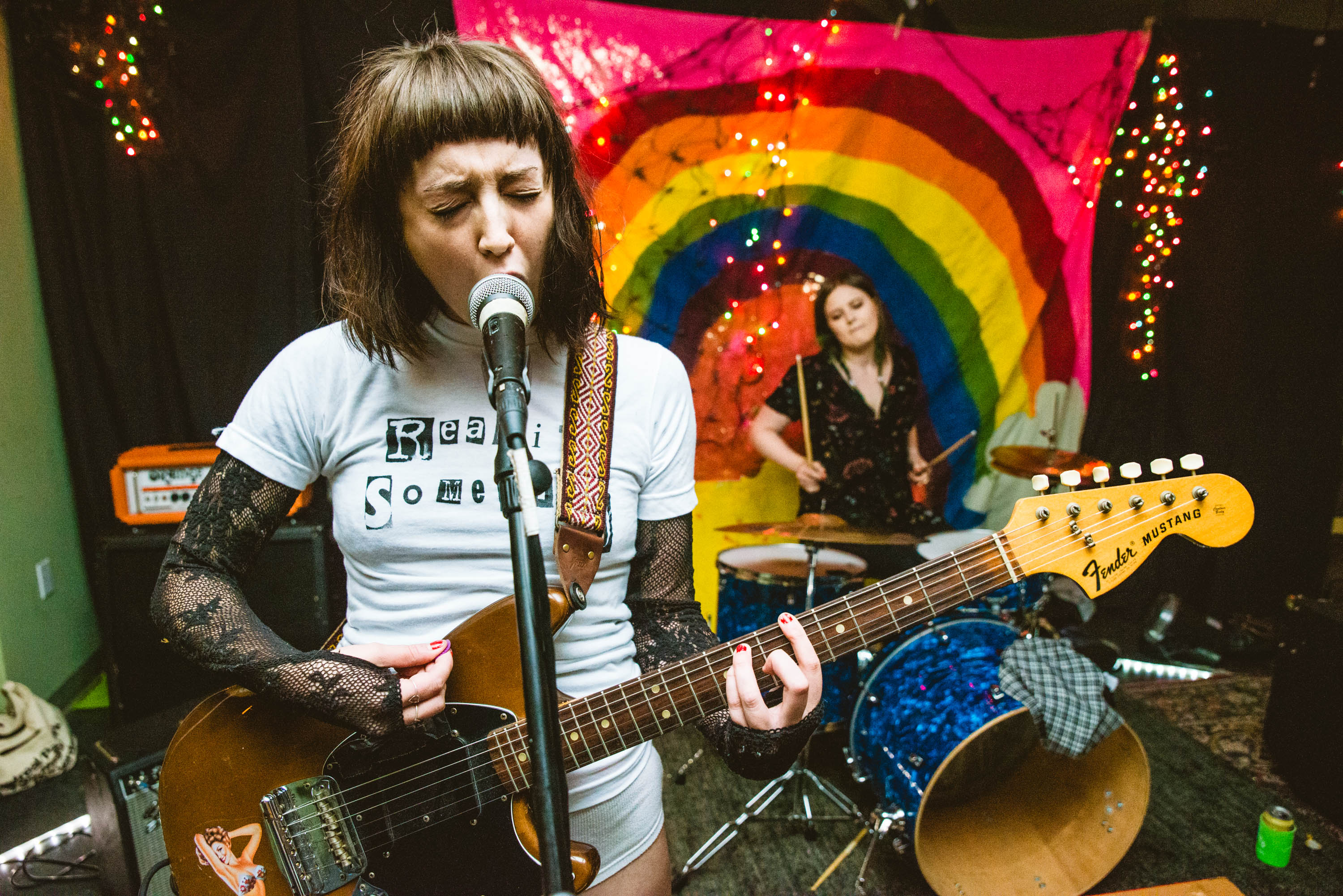 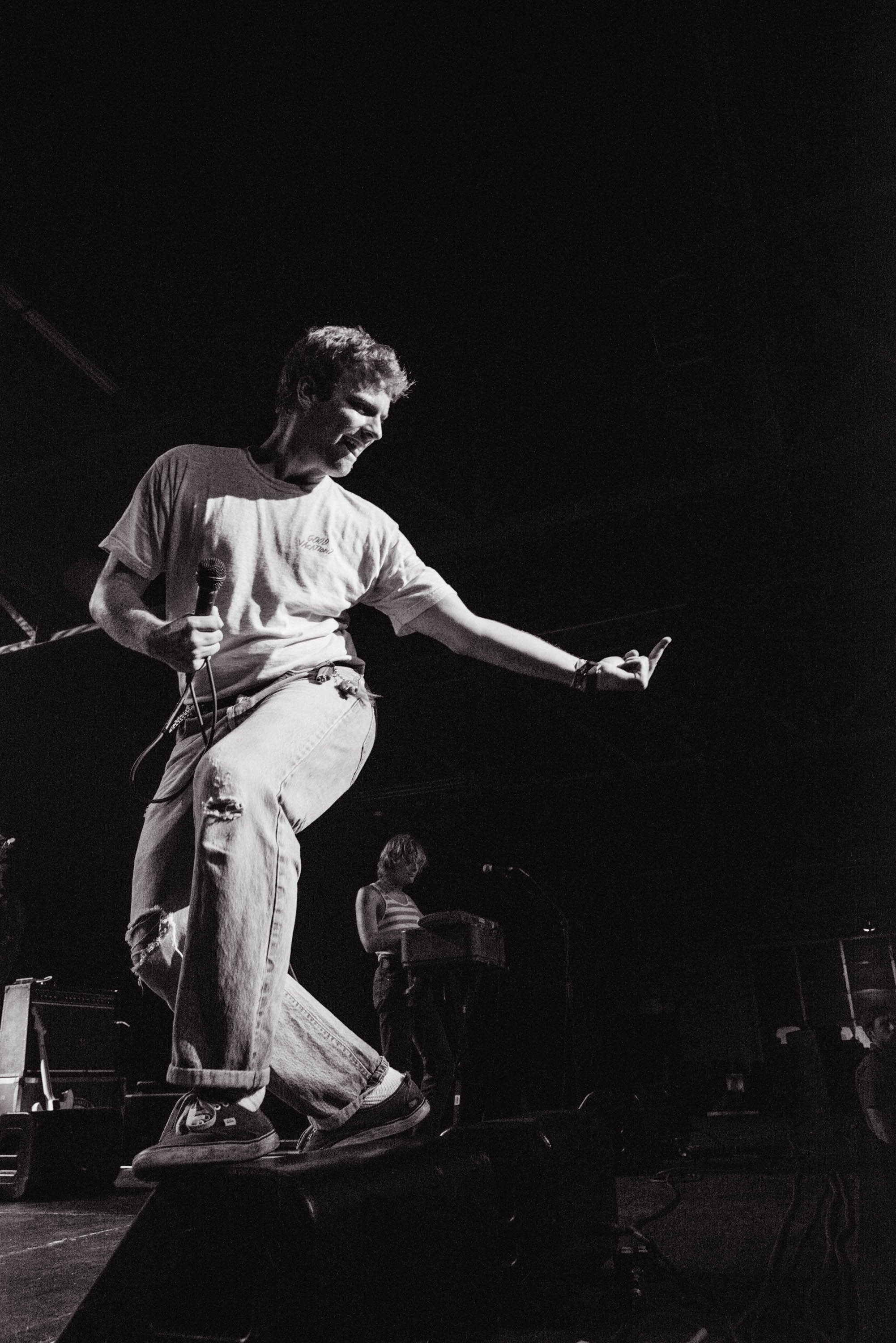 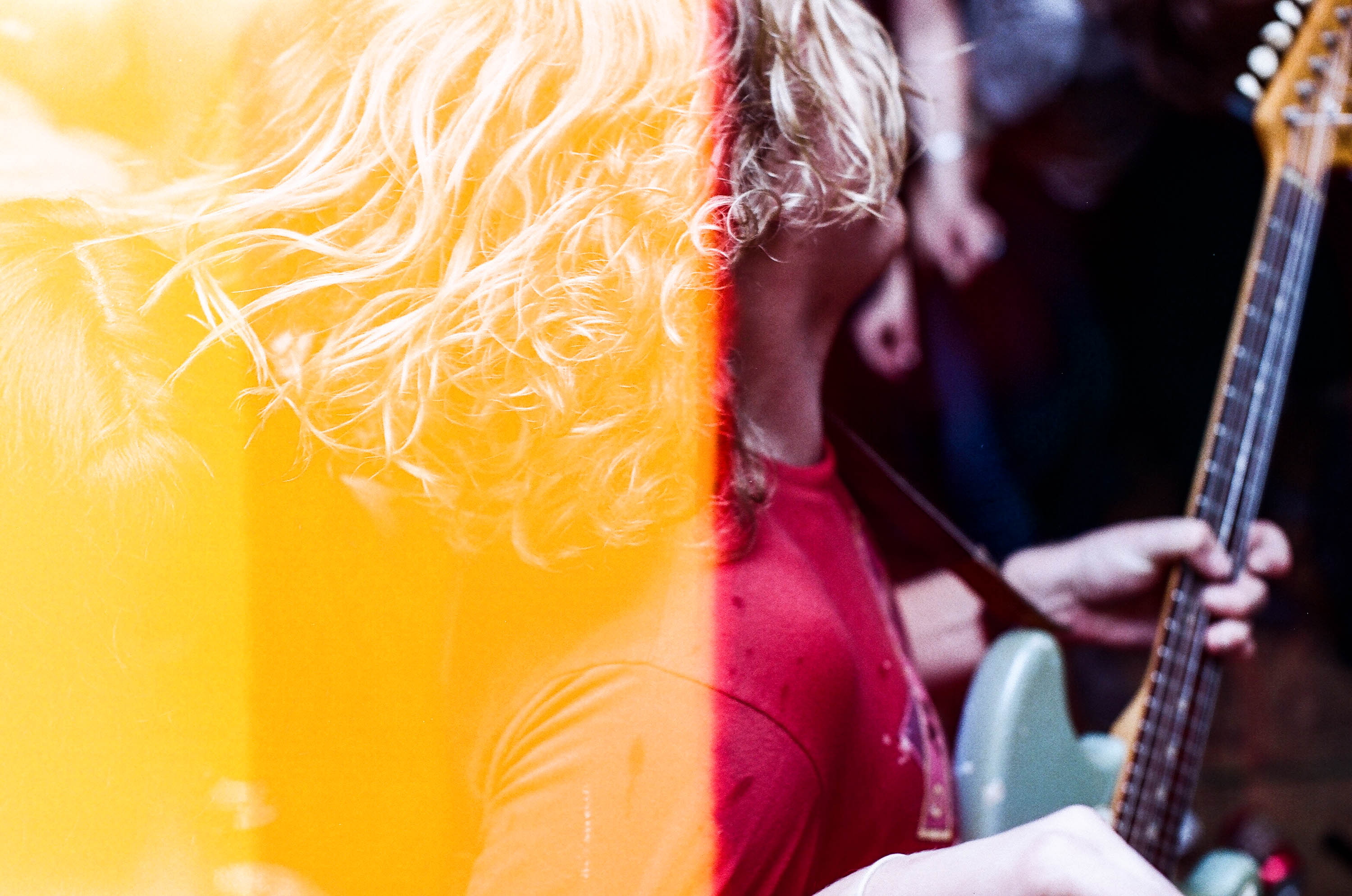 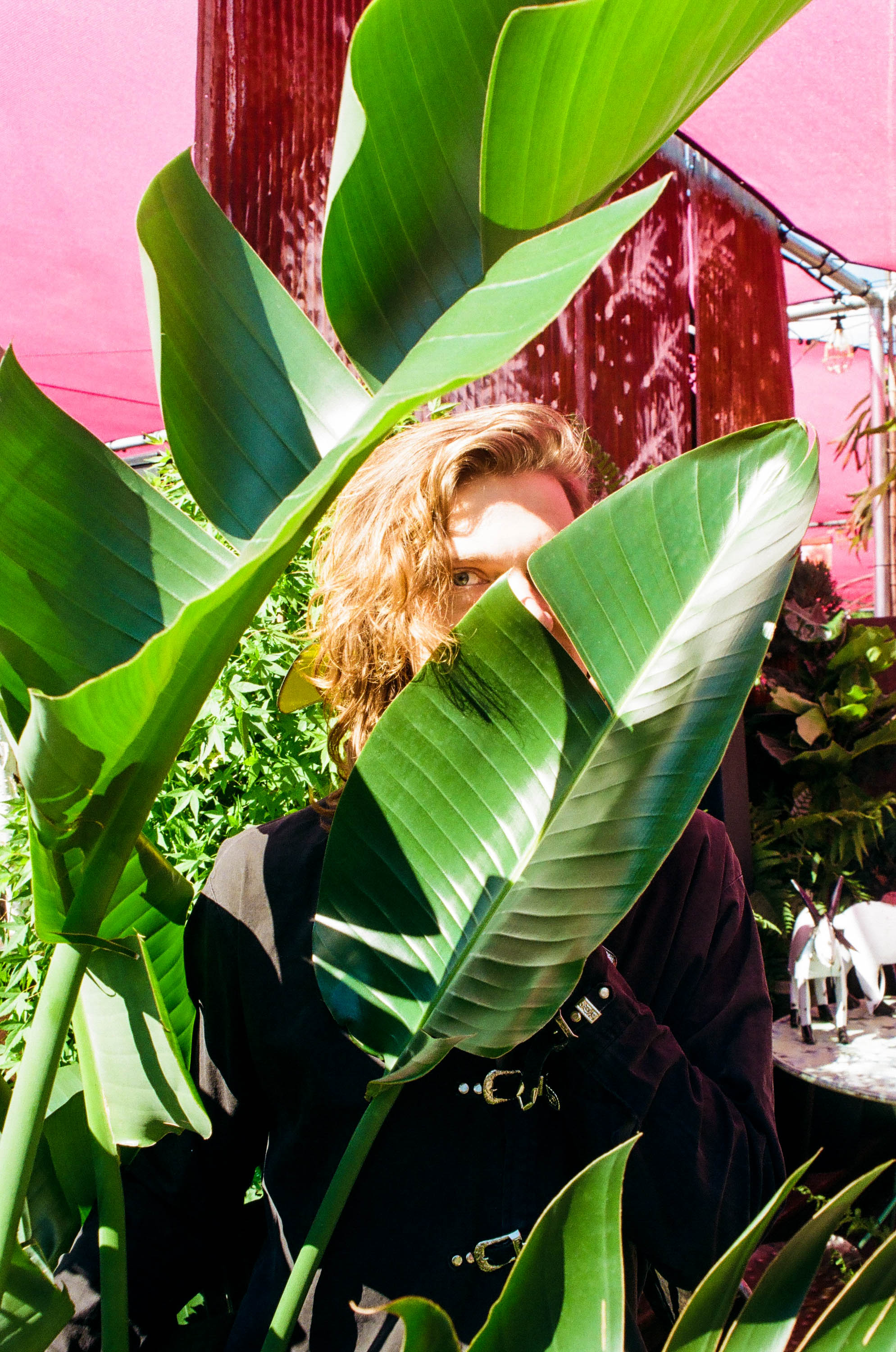 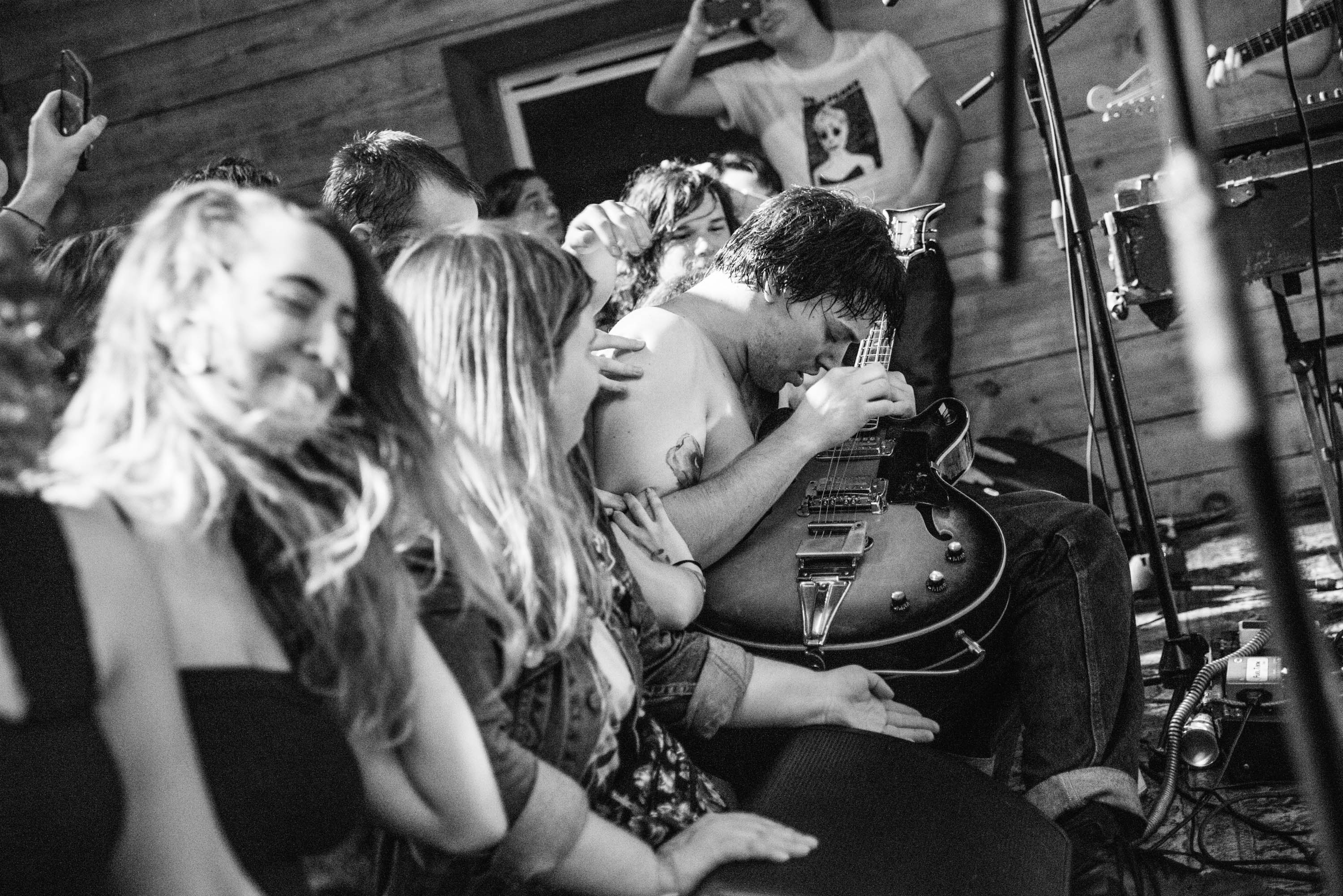 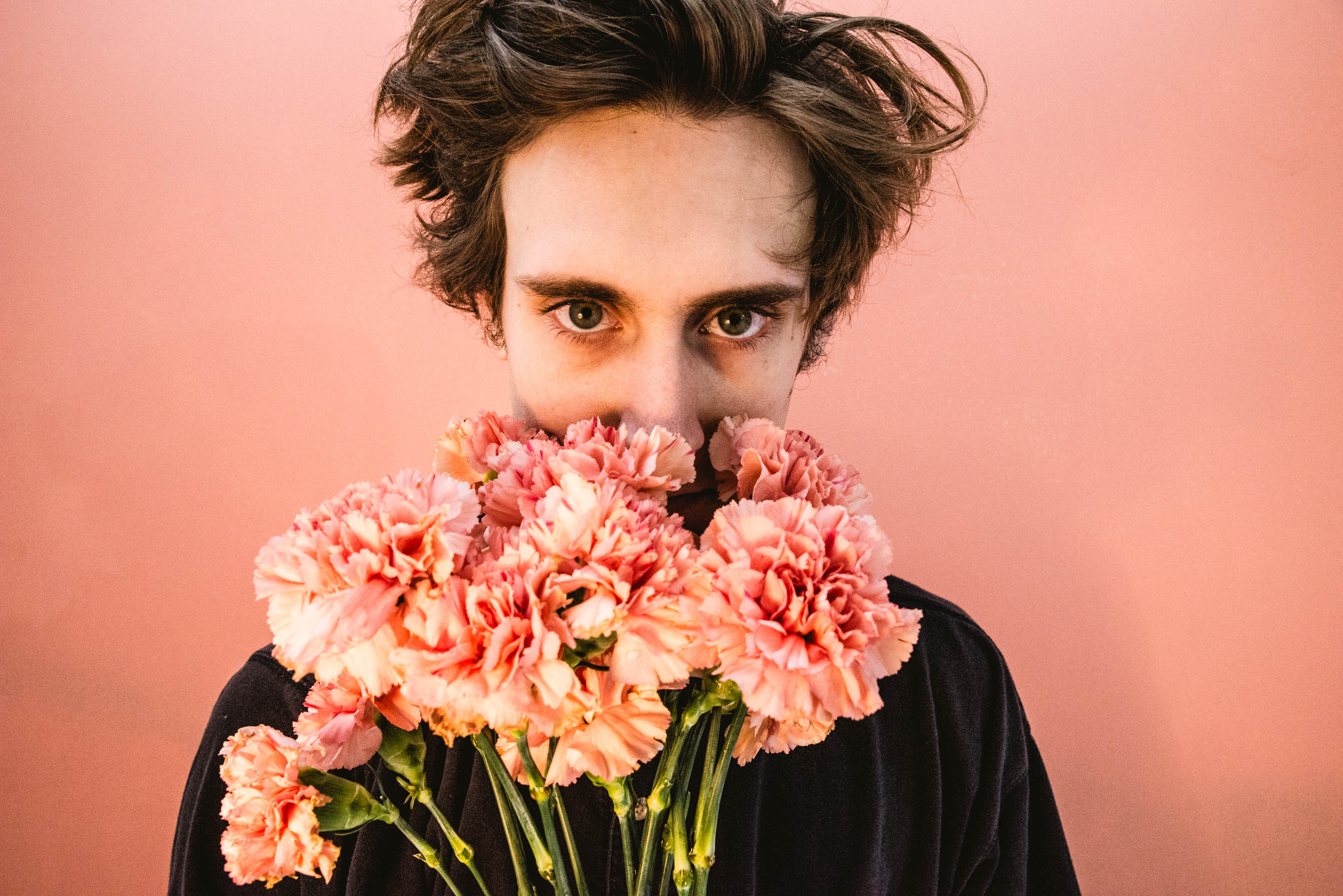 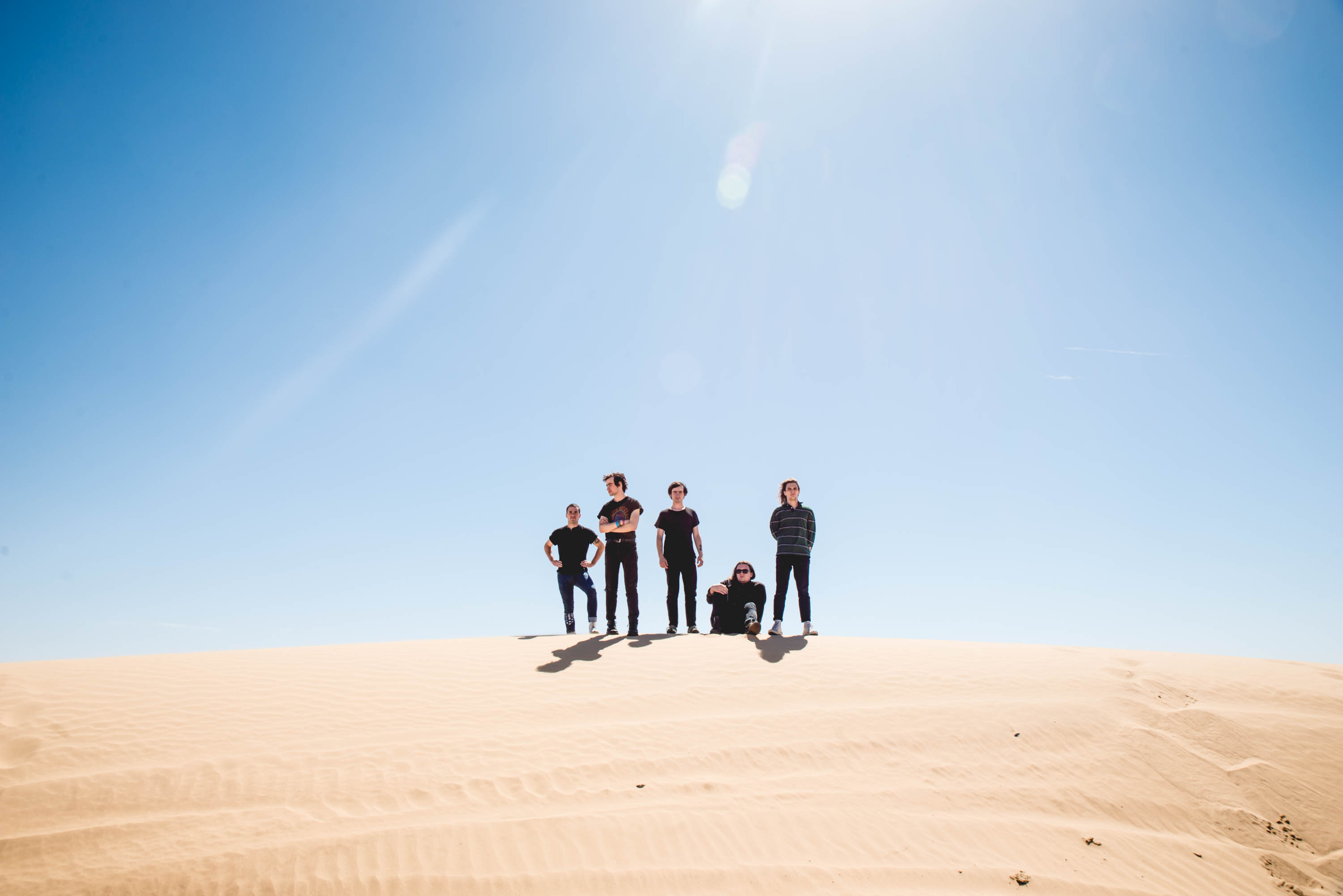