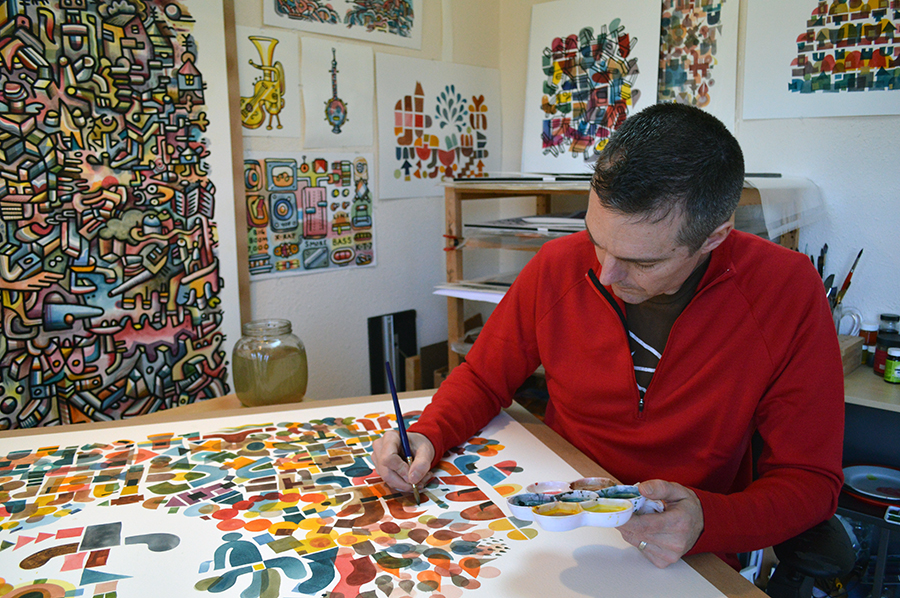 Everything and Everyone Connected: Artist Mike Biskup

Perched at the northeast tip of Washington’s Olympic Peninsula, sits Port Townsend. The small seaport town, which can be reached by land or water from its neighboring metropolis Seattle, is home to artist Mike Biskup.

It’s here in this idyllic 10,000-person community that Mike not only finds solace and peace of mind – there’s a pretty magical combo of views of land and sea in Port Townsend – but has also fostered a viable and fruitful career as a practicing artist and art teacher. Mike has always been a creator, whether it was writing and playing music with his brother Tim Biskup in the band Big Butter, or furiously drawing whenever he found a spare moment. However it wasn’t until after a seven-year stint selling software, that Mike dove head first and whole-heartedly into the practice he’s become widely known for today.

Now, Mike spends countless hours within the four walls of his cabin-like studio that sits in the backyard of his property, where he cranks out beautifully colored, and at times, complex paintings of geometric and fluid shapes that inevitably resemble chaotic, but harmoniously interwoven landscapes. His paintings offer a visual representation of his deeply rooted belief that everything – people, places, and things – are all interconnected.

We couldn’t be happier to have Mike in our upcoming printed issue 08, out May 7th. Stay tuned for more details about Mike’s upcoming feature and the release of issue 08.

All photos taken by Avery Biskup. 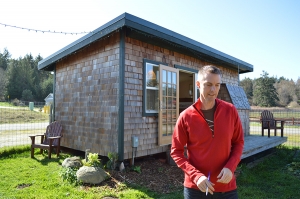 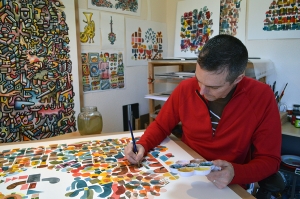 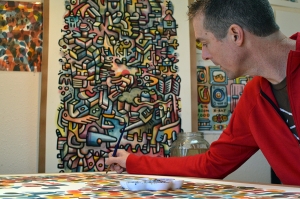 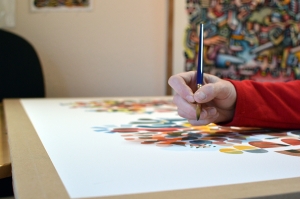 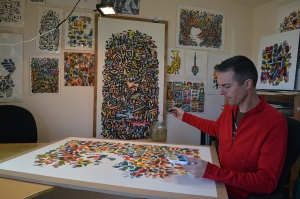 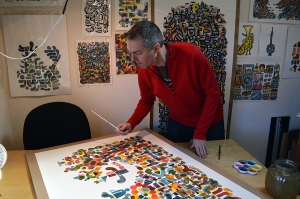