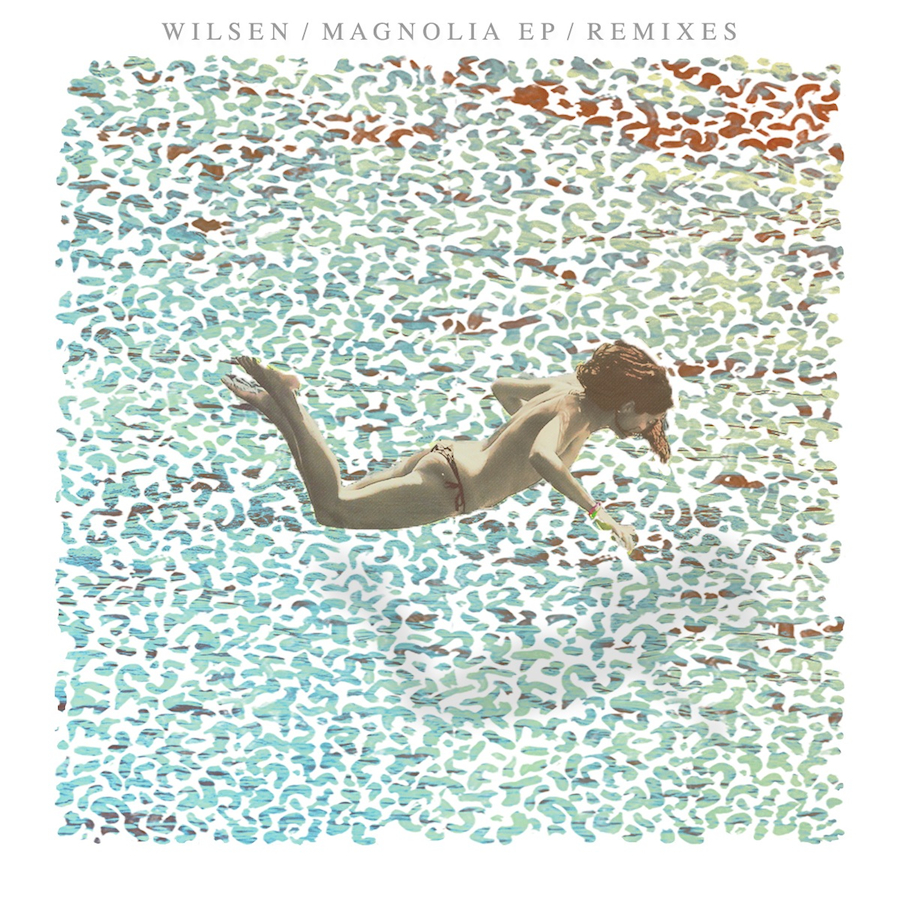 Somewhere on the side of the road, heading to her next show at Schubas Tavern in Chicago, Tamsin Wilson, lead singer of the band Wilsen, kindly apologizes for the noise. In the life of a musician, finding time to squeeze in a last minute interview may seem nearly impossible; every so often that time happens to be while the band is filling up the gas tank or at a rest stop. As another car speeds by, and her voice rises as the sound of wind grows louder through the phone, Wilson recounts her days at Berklee School of Music and the science behind her understated music.

Wilsen (a moniker contrived from Wilson’s own name) is a Brooklyn-based band of four, who has been producing light, melancholy music since 2012. With a leading woman like Wilson, who provides immense vocals and support to an equally commanding trio of musicians, Wilsen has become comfortable experimenting with new tones and melodies as they prepare to release a new full-length album later this year.

A London native who was raised in Canada, Wilson initially found herself drawn to art, but soon after discovered music was her true calling. “It sounds so ridiculous, but I originally went to art school and found myself more interested in music,” said Wilson. “I applied to Berklee College of Music and I wasn’t sure if I was going to get in so I started playing music in England, but I ended up getting in.”

It was there that Wilson found musical kinship with bassist Drew Arndt, guitarist Johnny Simon Jr., and drummer Dan Drohan, and where the party of four began their journey creating and experimenting with the dramatic, melancholic melodies that appear in each of the band’s tracks. Eventually, the group found their niche; somewhere between the dynamic swells of psychedelic folk, and the sparse, minimalist music that you would hear from Nick Drake.

As Wilson explains, her fellow bandmates each brought their own finely tuned techniques to the table. “I think the reason they made such a great fit so fast was because each of their aesthetics are great separately and together,” said Wilson. “It all feels very natural. We collaborate with our own pieces and they are each such talented musicians. There is no way I could have written guitar or bass parts to accompany my lyrics.”

Not shortly after the band’s inception, Wilsen was driving in a van headed to Ontario. There the band recorded and self-released their first mini-debut album, Sirens, which allowed the group to gain experience both playing and recording with a full band. Unlike the nature of other bands, Wilsen slowly and quietly publicized this album, creating a comfort that was unbounded to time constraints or critical anticipation. “That’s when all the guys first started to come together dynamically,” said Wilson. “There was no time line or expectation, which also took some of the pressure of.”

Sirens gave listeners a front row experience to the colors that Wilson’s lyrical play so vividly paints; what she considers the most important pieces to a carefully crafted puzzle. The powerful and sincere simplicity to this style of music is what influences Wilson when she is creating her own set of songs.

“I’ve always been drawn to this type of music,” said Wilson. “It’s incredibly heartfelt. I love to try and give a lot more thought to the meaning of the song.” In her book though, it is also a double edged sword. “I think it can be a lot of unnecessary pressure to try and to be profound. I think going forward I’ll try to have more fun experiment with new sounds, before it was always about the lyrics and the sentiment.”

Having released their first EP, Magnolia, last year, the band has made an even more recent decision to remix these songs. Going back into the studio and reworking these seemingly fresh songs gives Wilsen the chance to create tracks in a different way, and allows for listeners to gain a new experience with lyrics and melodies that they are already familiar with. “We had some great collaborators come on board,” said Wilson. “It really seemed like those were the best songs to mess around with.”

Along with a remixed version of Magnolia, Wilsen is also in the process of releasing their first full-length that will likely be seen later this year. “We will be experimenting with electric sounds and a little bit more of songs out of our comfort zones really,” explained Wilson. While the instrumentalists of the group will be testing out new waters, the lyrical content will likely maintain its calm, fantastical nature.

As Wilsen gets back on the road, finishing up their short tour, big things will continue to happen for this young group, setting in stone their relevance in the alternative folk genre.

For upcoming shows and to listen to Wilsen go to wilsen.bandcamp.com.